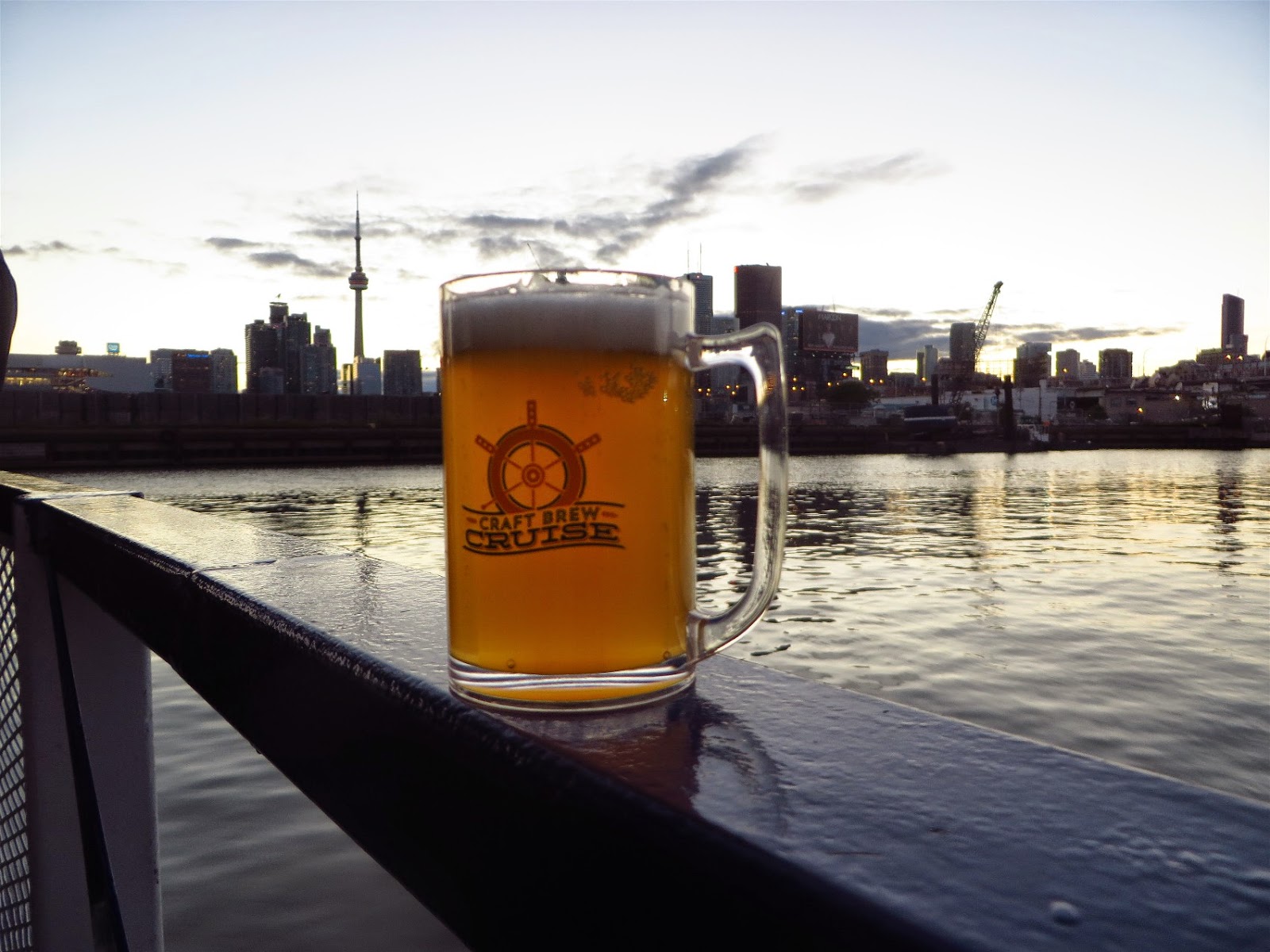 Tonight Teena and I went on the first annual (hopefully) Toronto Craft Beer Cruise aboard the River Gambler. Eleven breweries and one cider company were aboard so there was lots of selection.

The cruise proved very popular as originally there was a 3:30pm and an 8:00pm cruise but both sold out and an 11am one was added. We thought a night cruise would be the most enjoyable. It was sunset when we departed. 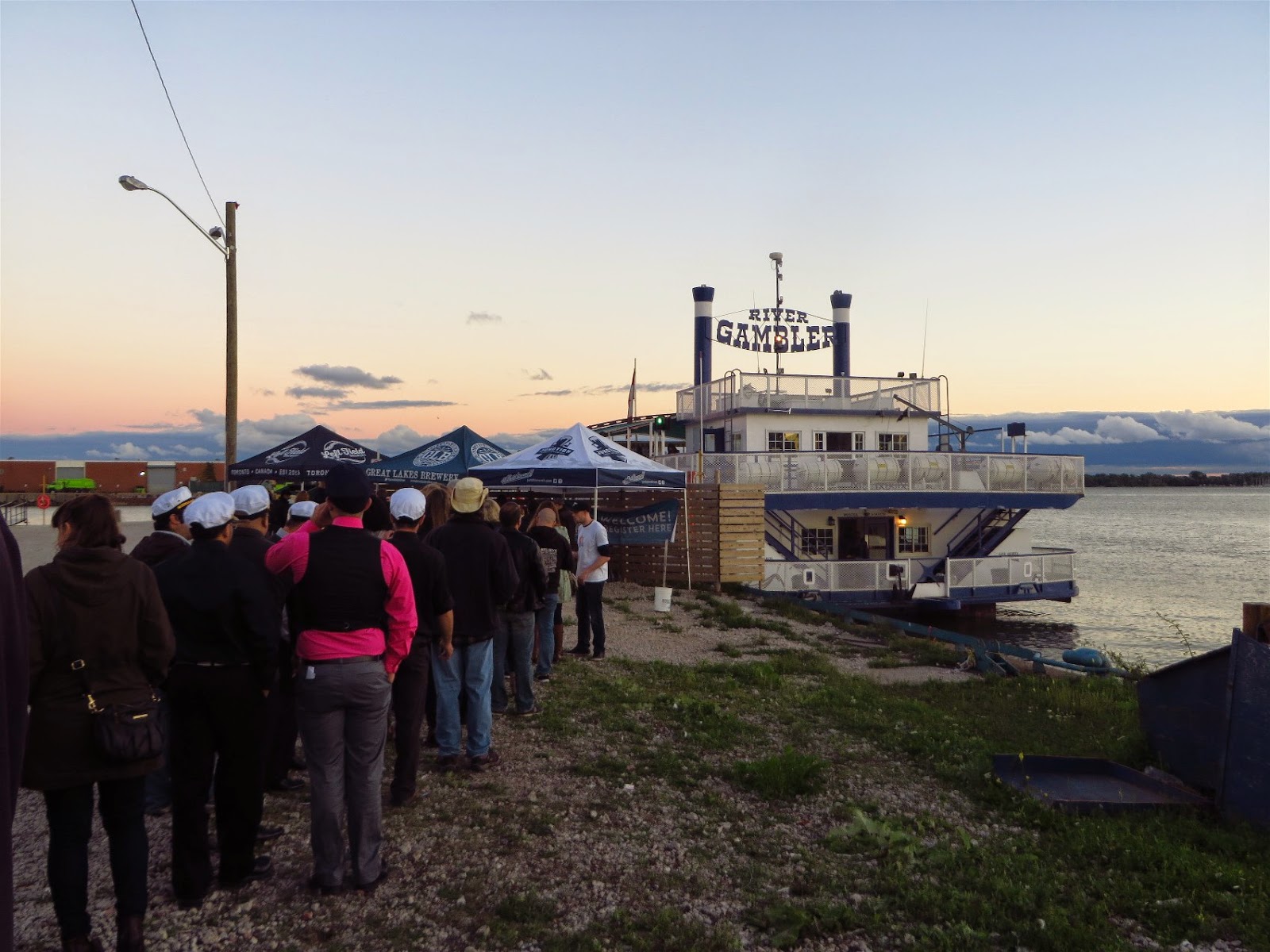 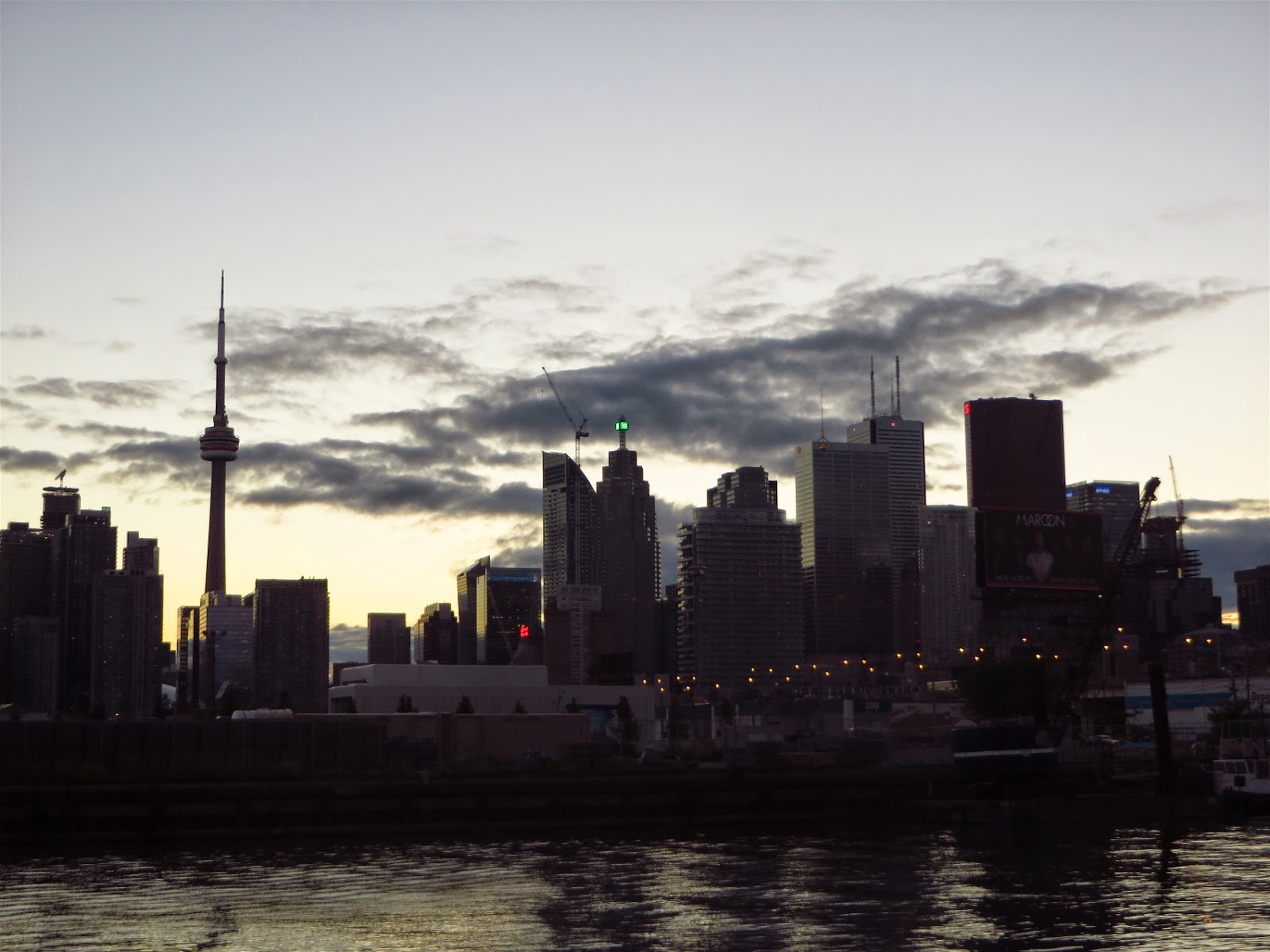 During the cruise, I had a Night Marzen from Beau's All Natural Brewing. 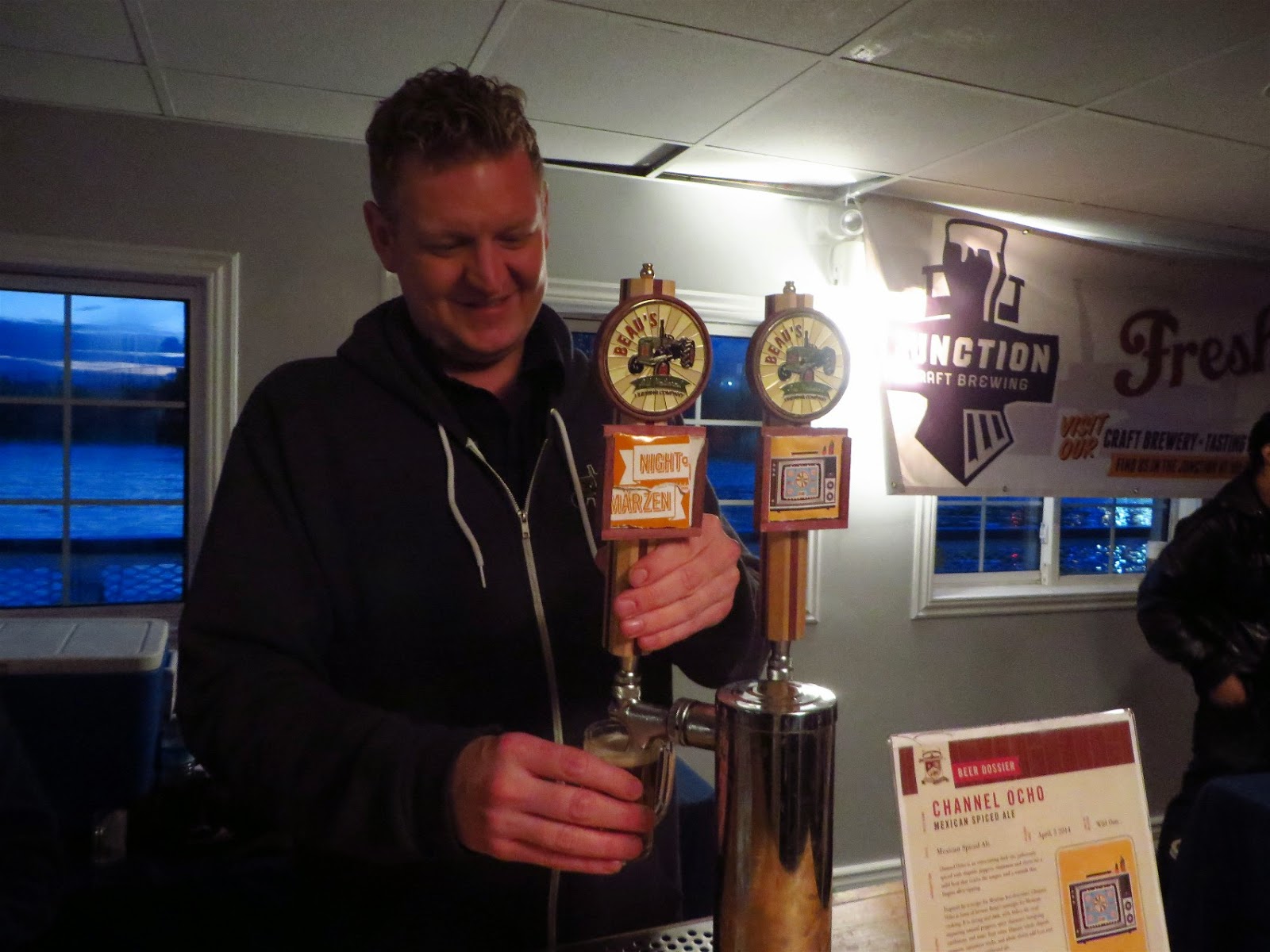 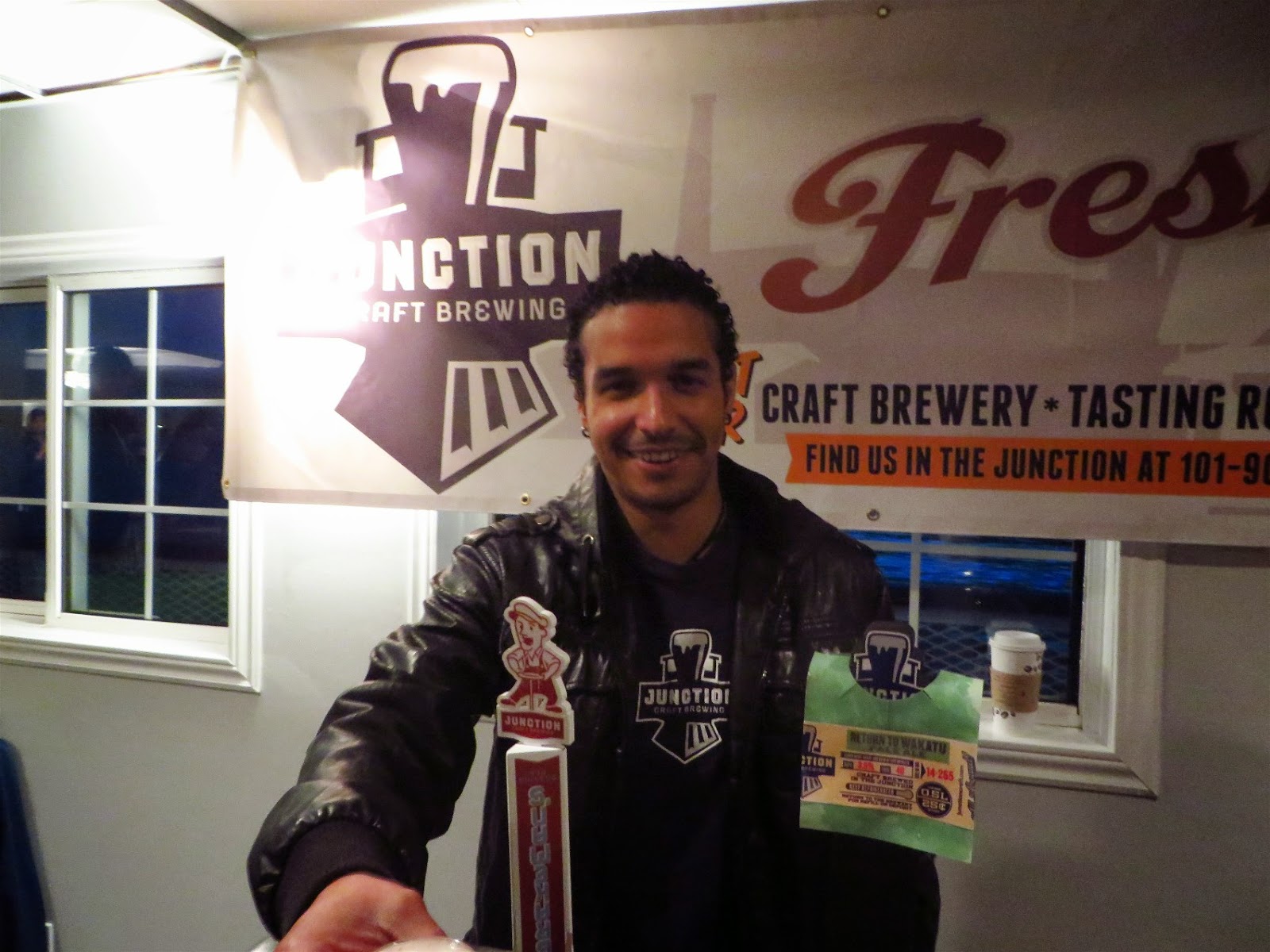 An All or Nothing Hopfenweisse from a new brewery to the scene, Underdog's Brewhouse. 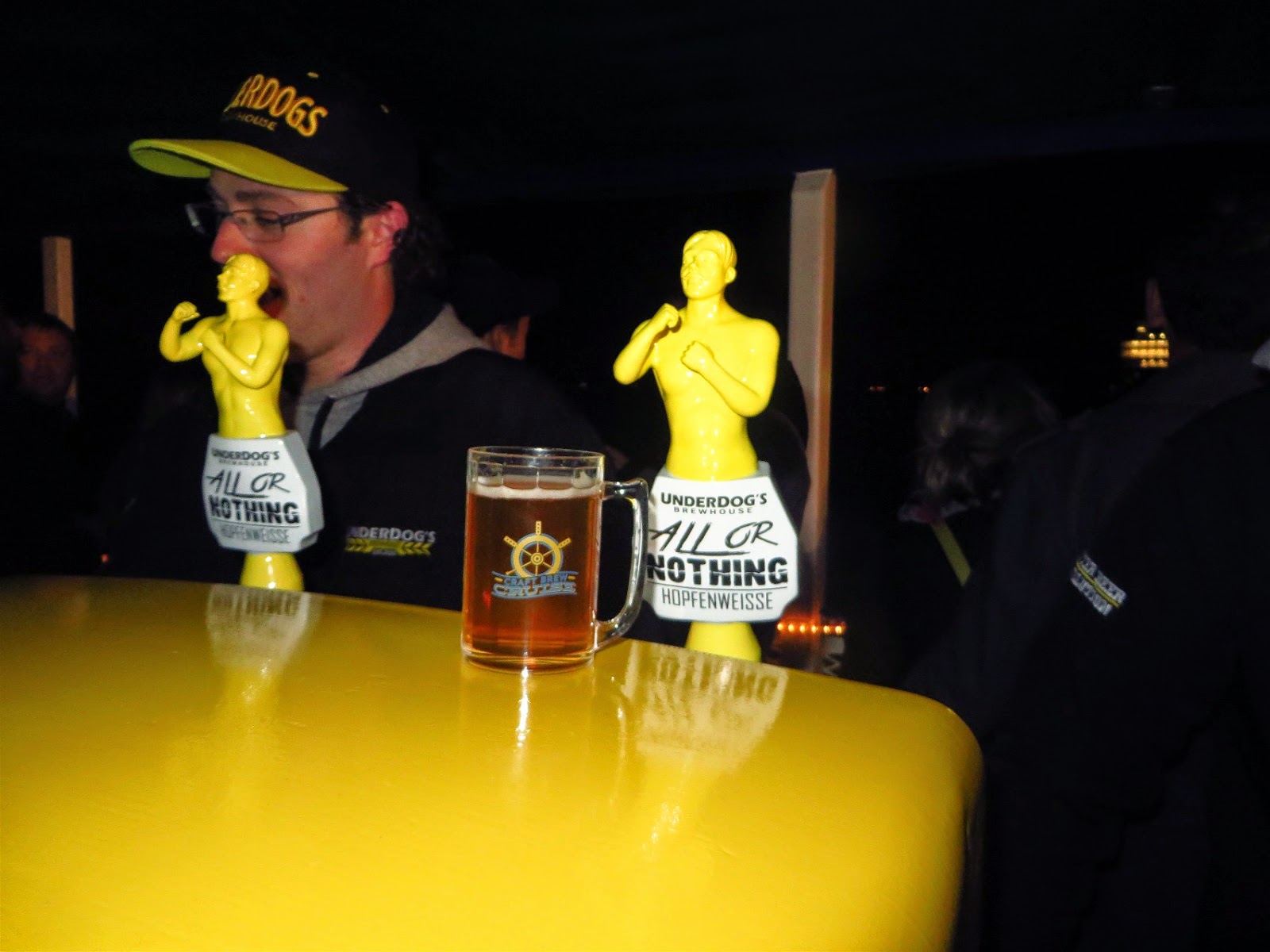 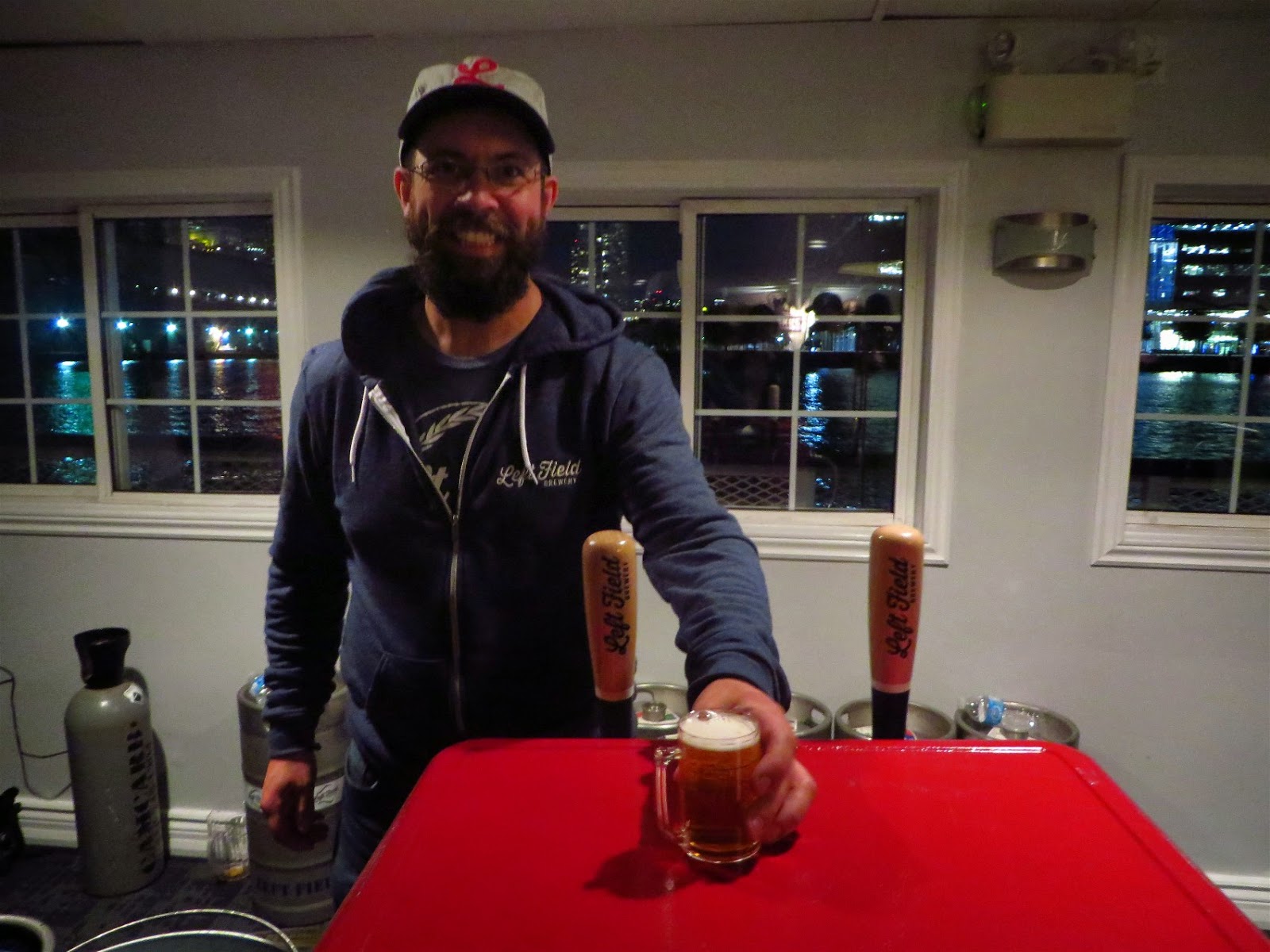 The top deck was full and the music was loud, or I'm getting old, so we hung around downstairs, outside on the bow. 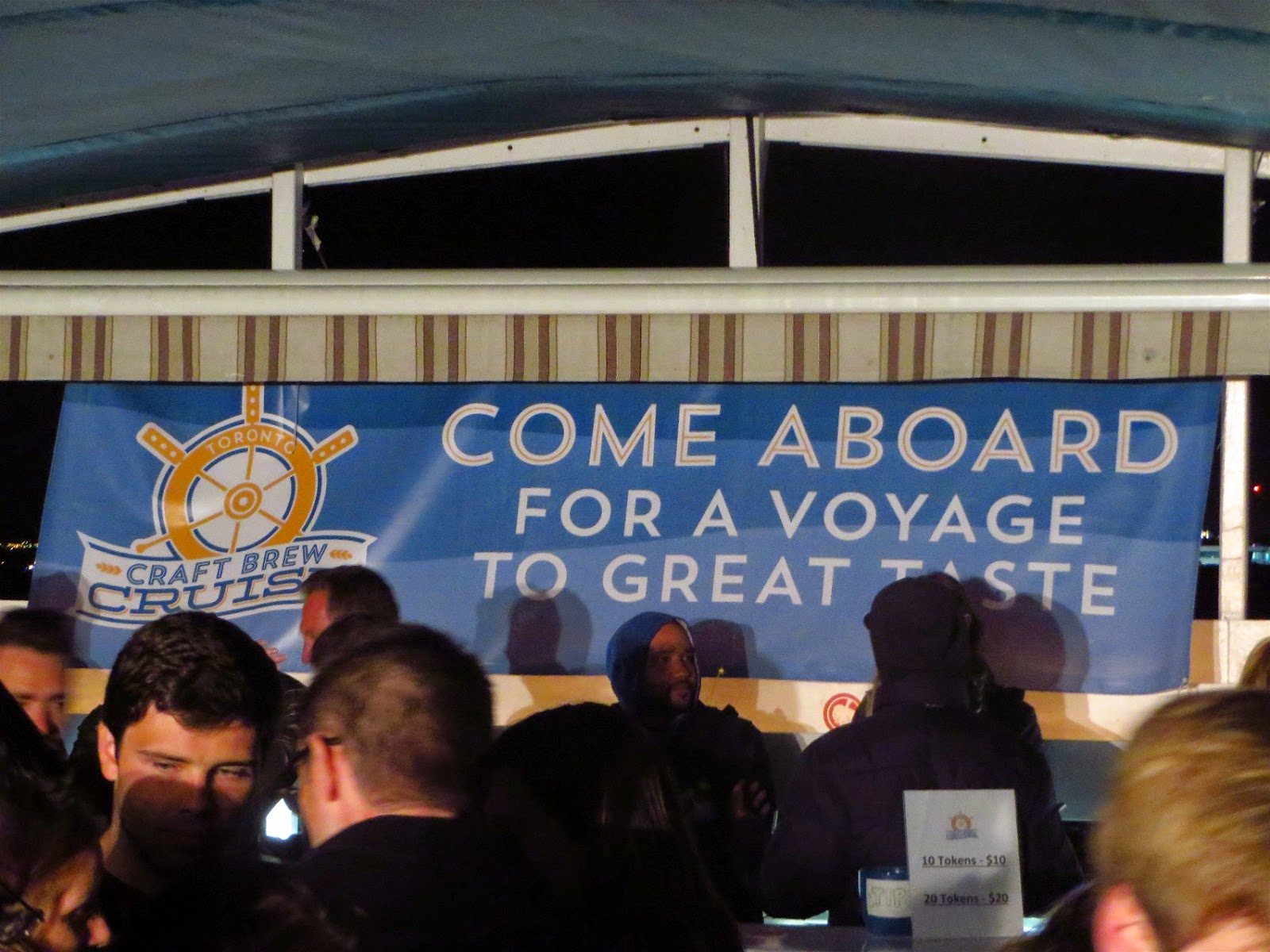 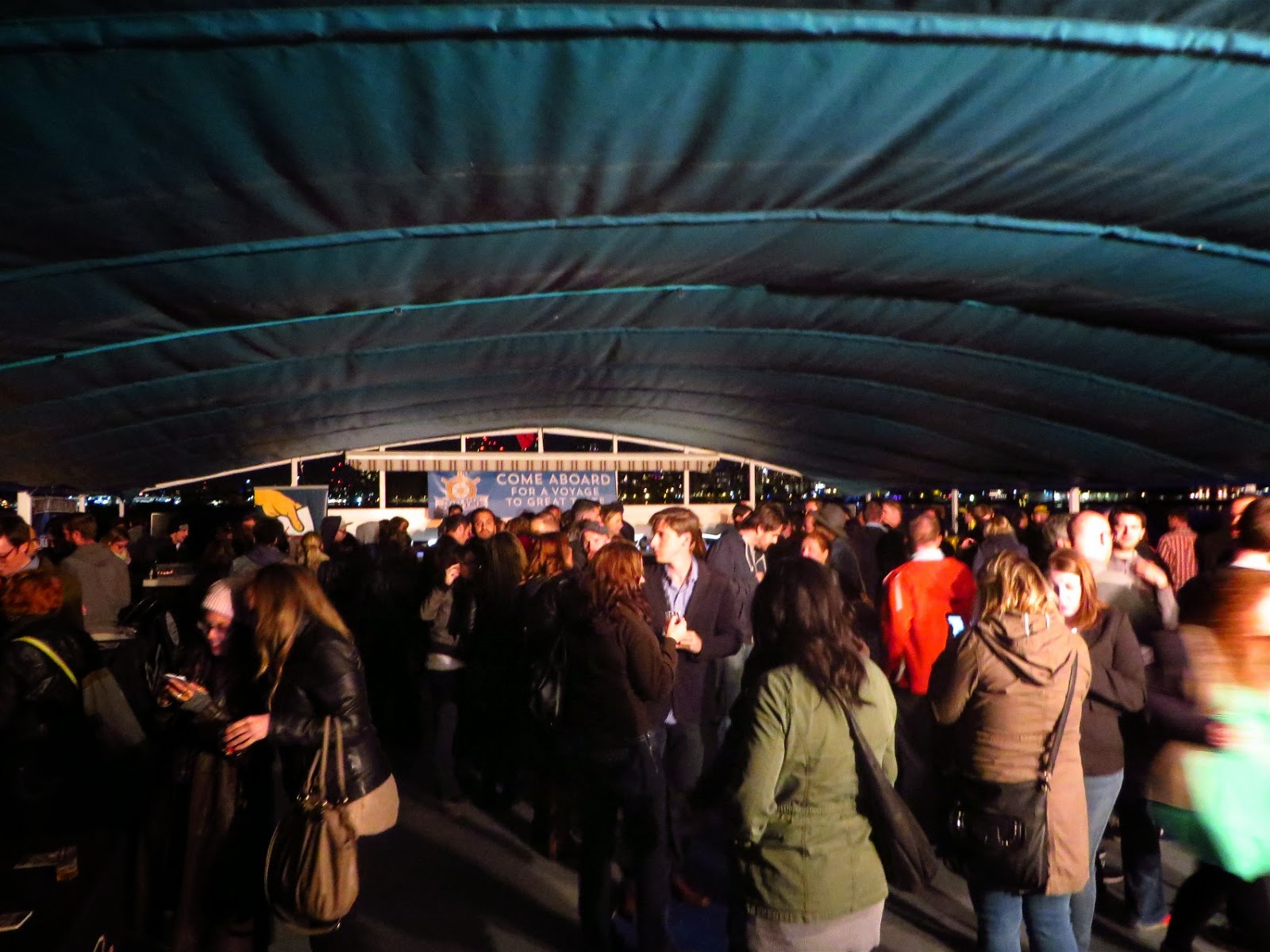 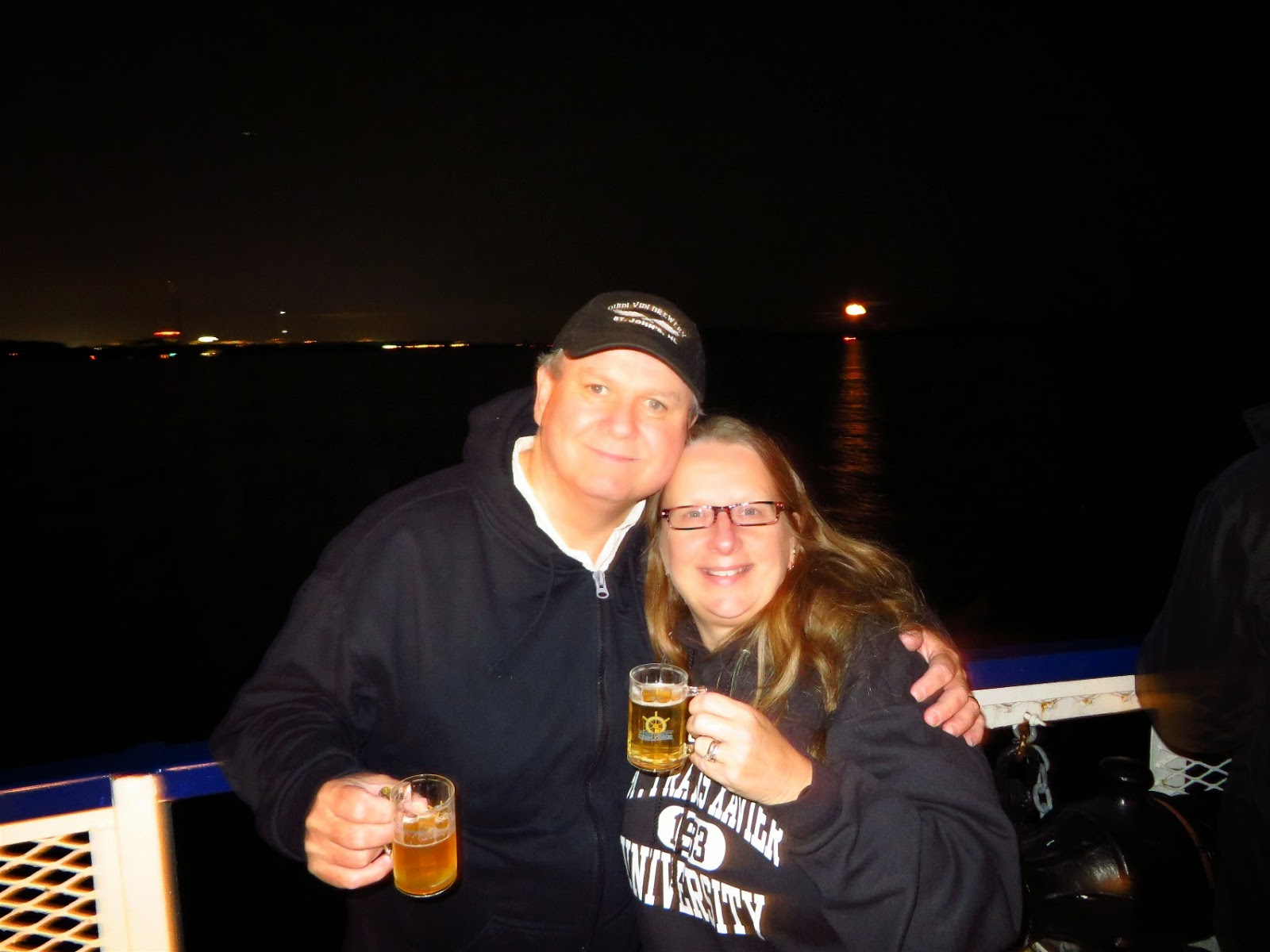 We were surprised to discover that our friends, Christine and Darlene, were aboard too. 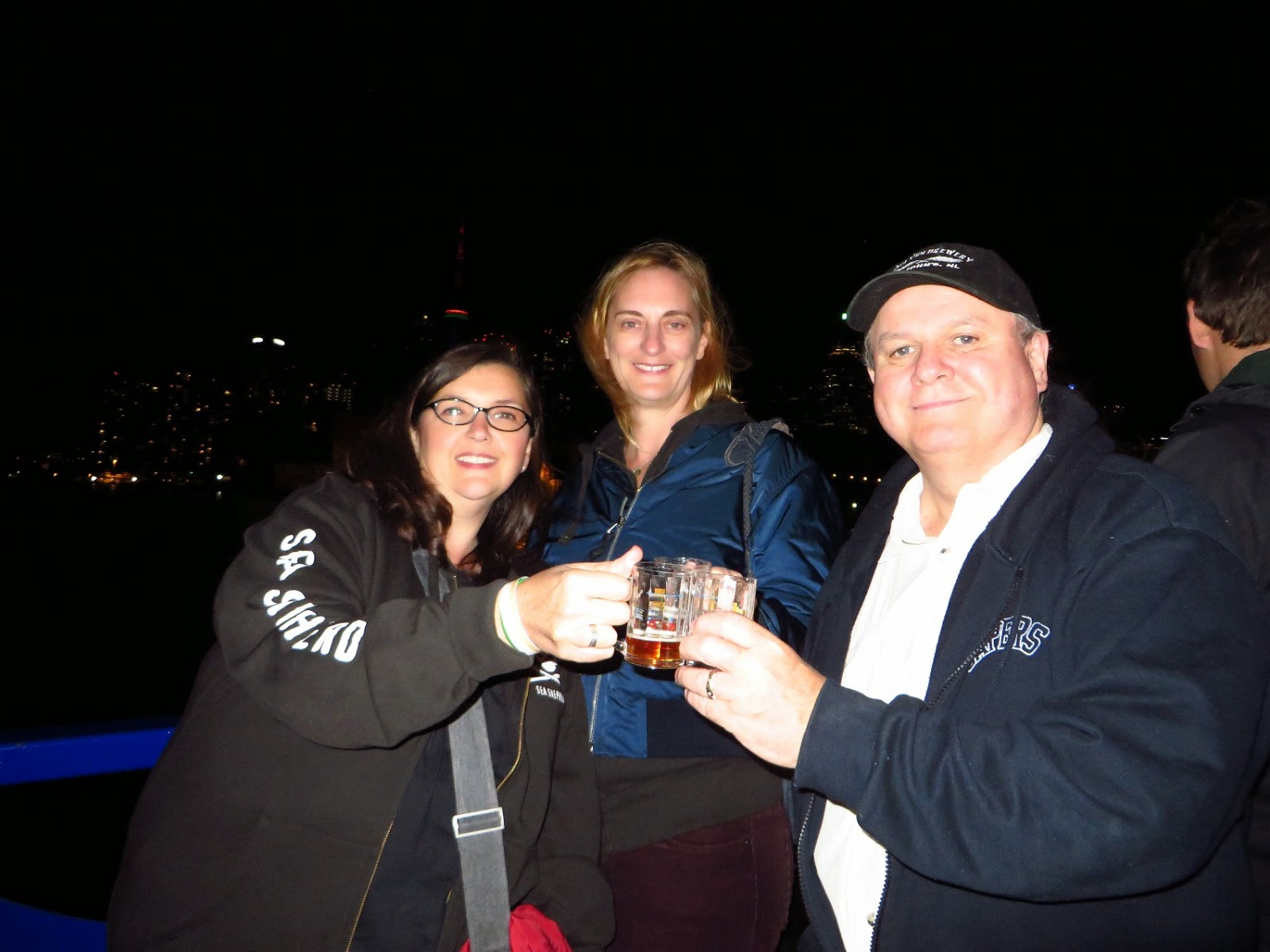 The boat was traveling fast all night so it was tough to get a decent picture of all the city lights but here are a couple of my better attempts. 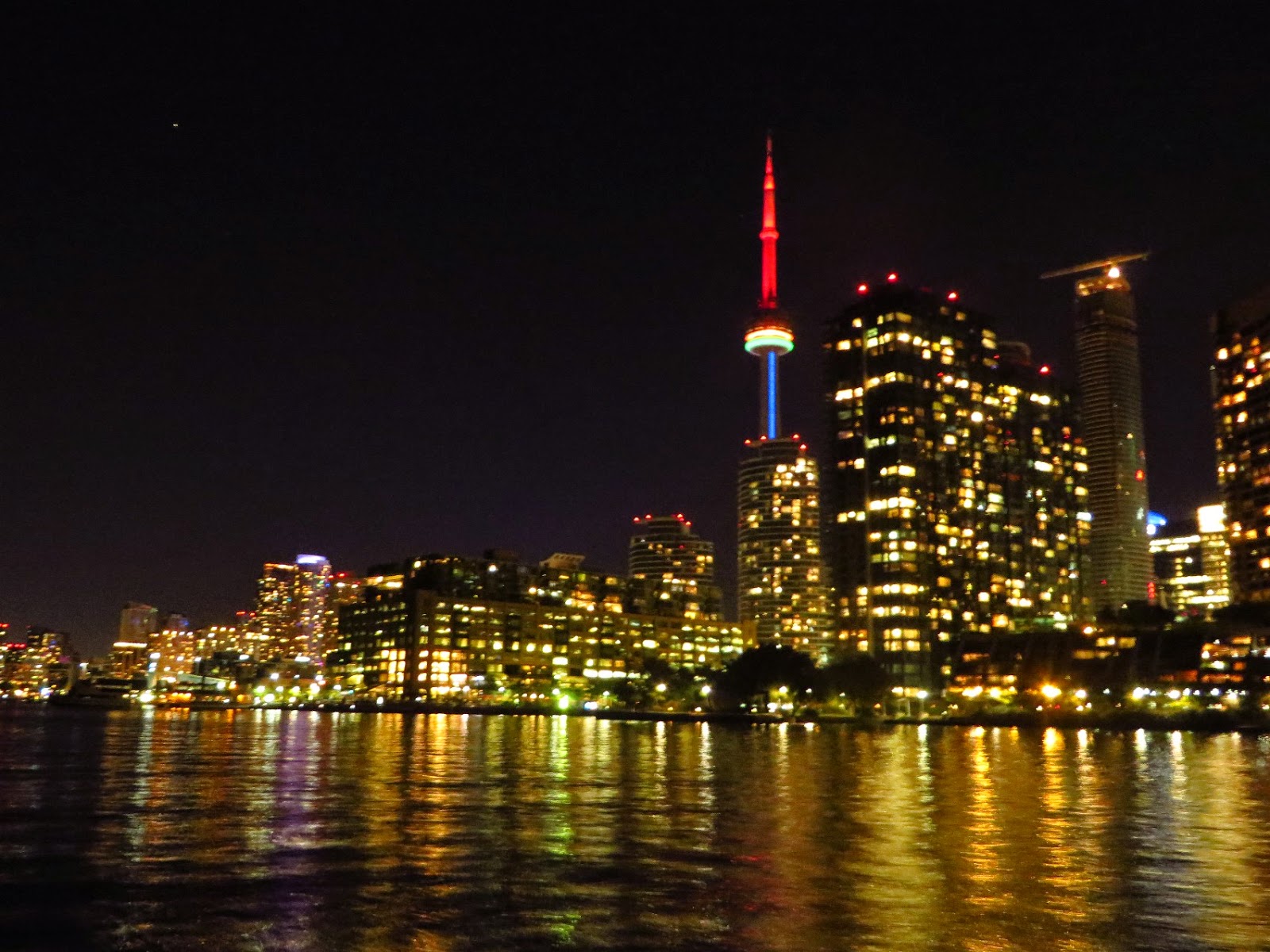 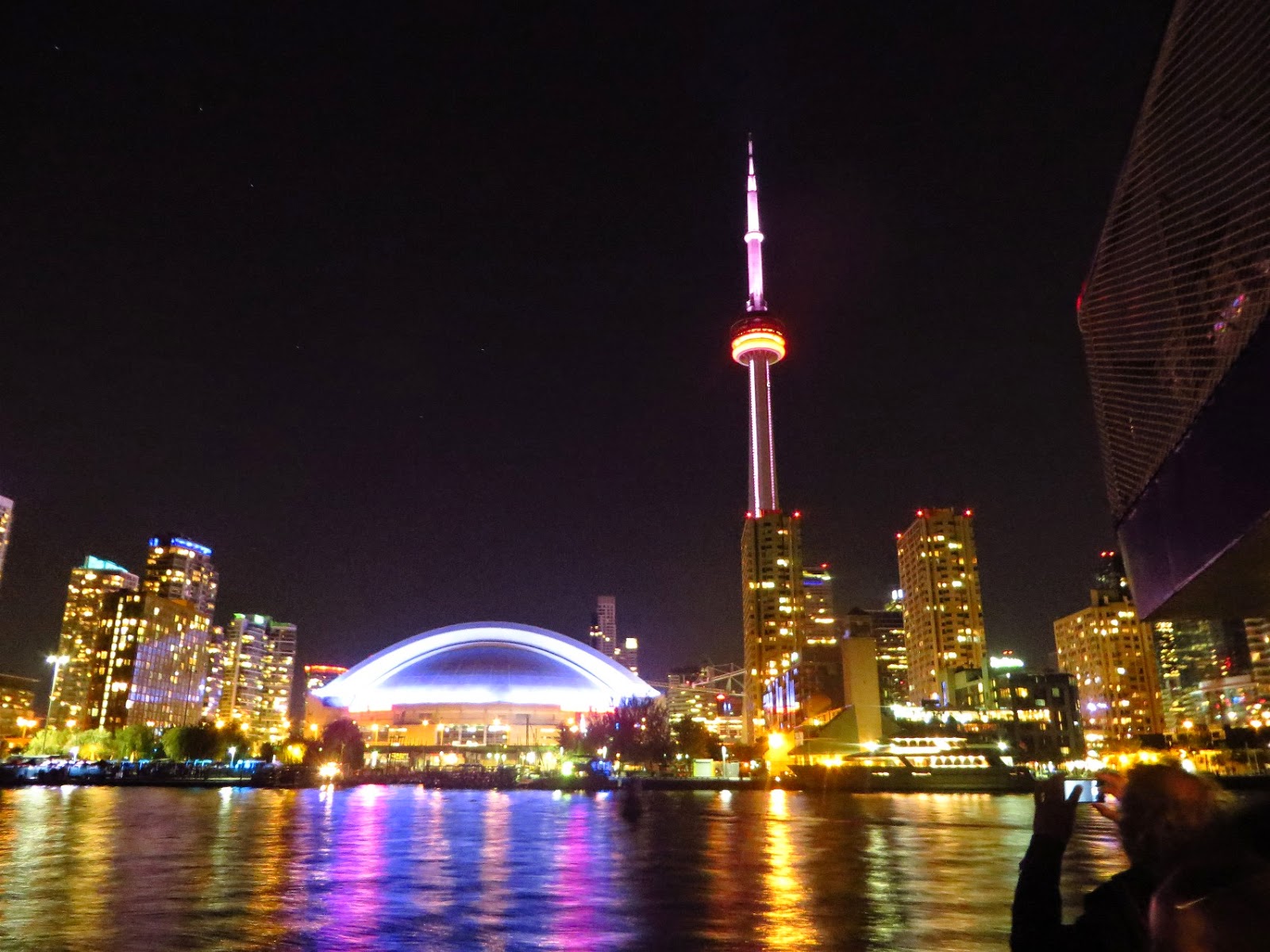 More beer! A fun one named F-Bomb Blonde from another new brewpub, Barnstormer Brewing in Barrie. 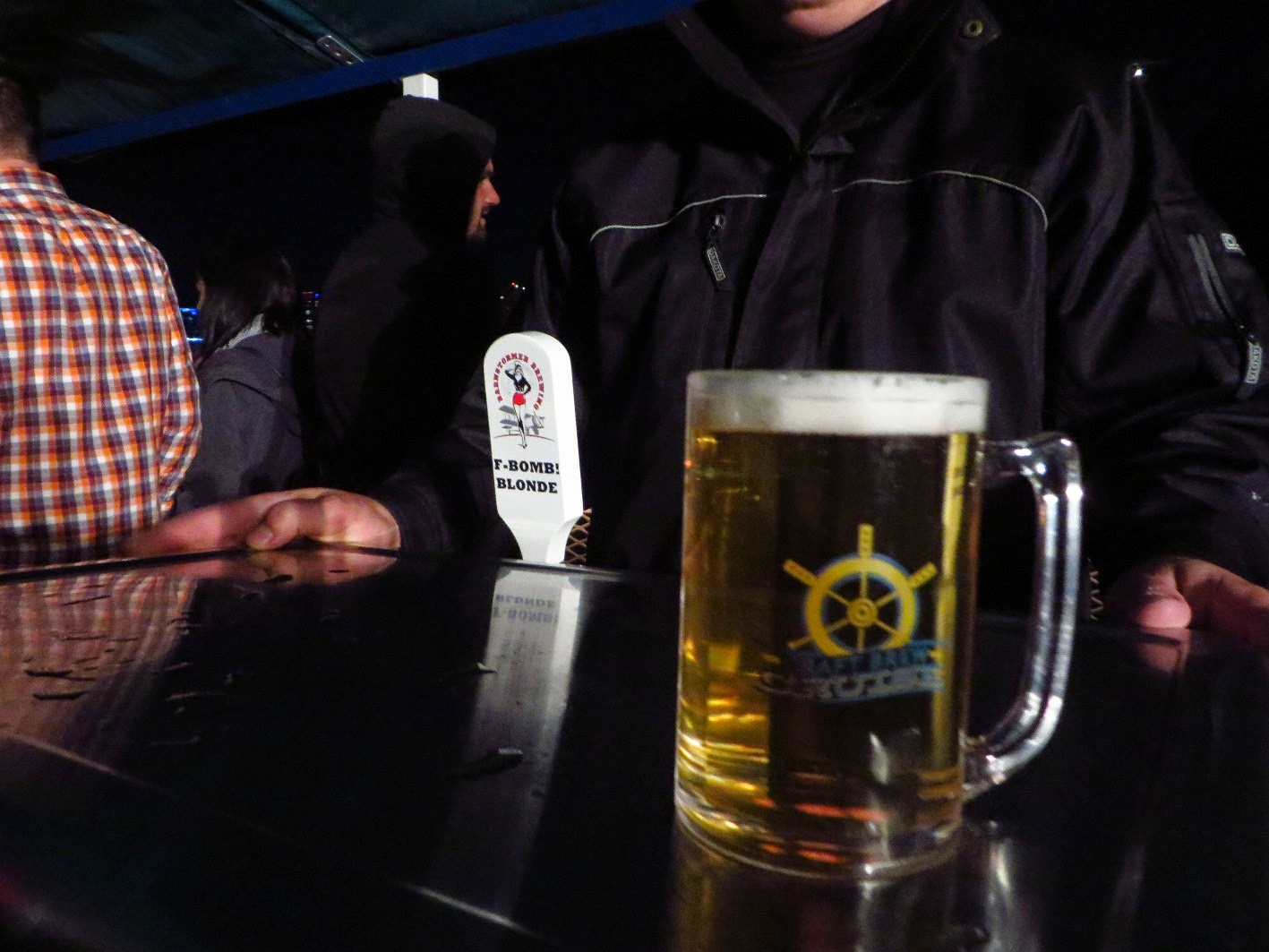 A Fish-eye PA from Kensington Brewing. 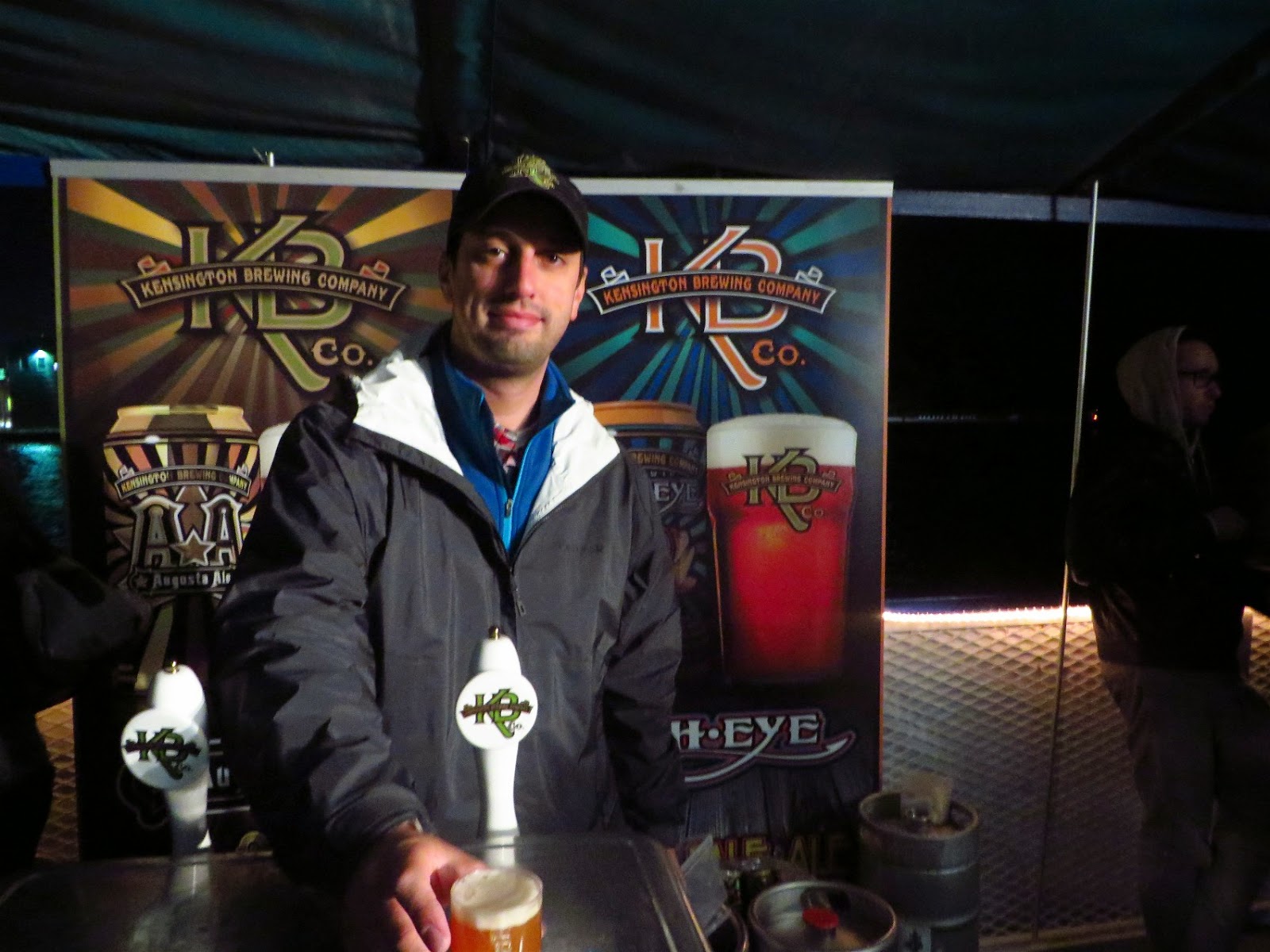 The Sunlight Park Saison and the Fish-eye were my two favorites of the night.

It was a well organized and fun cruise. It was cool but we were dressed for it. I'm looking forwrd to the second annual cruise next year! 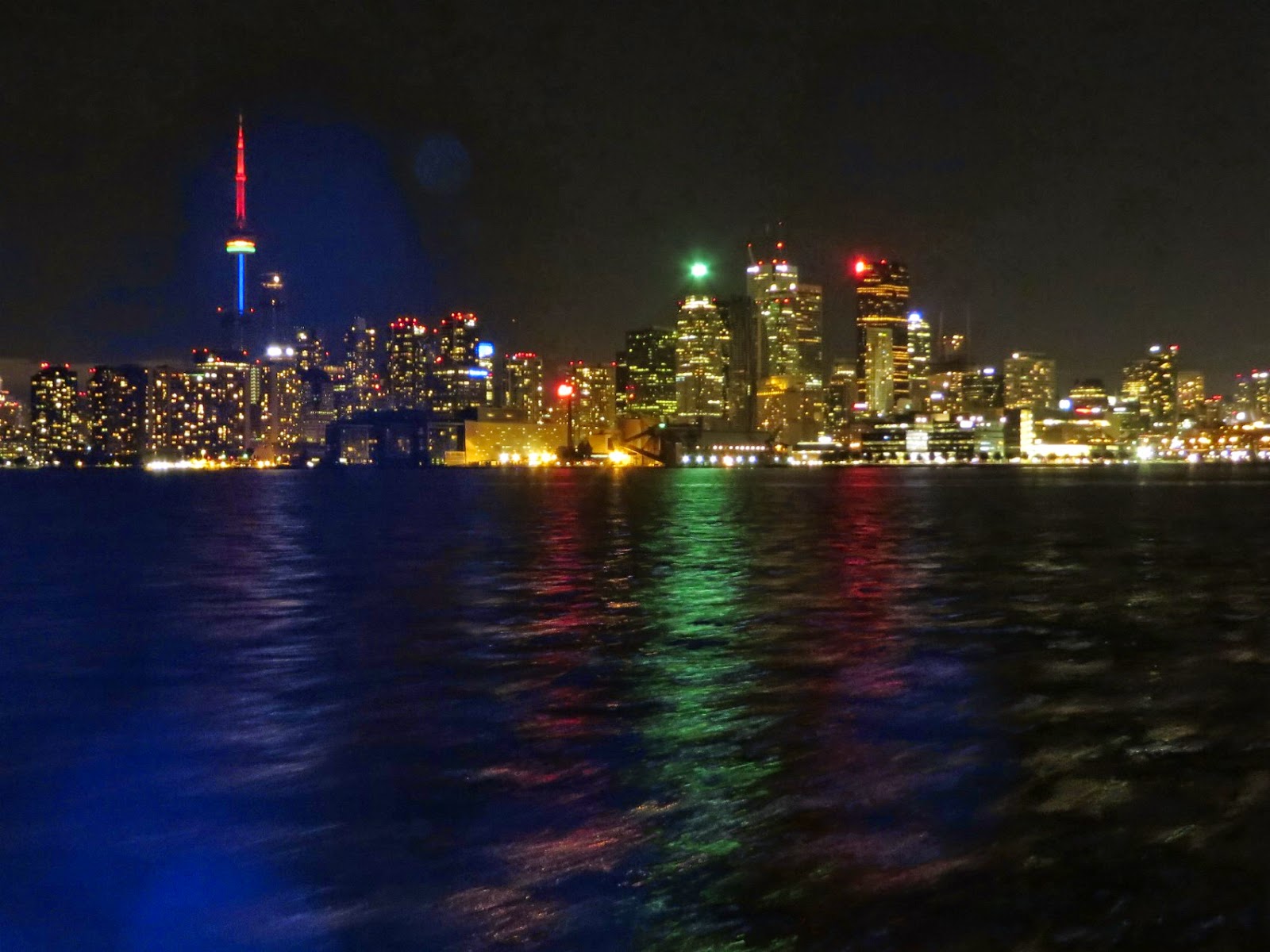