Beer of the Week - The Beers of Cheetah International Brewers 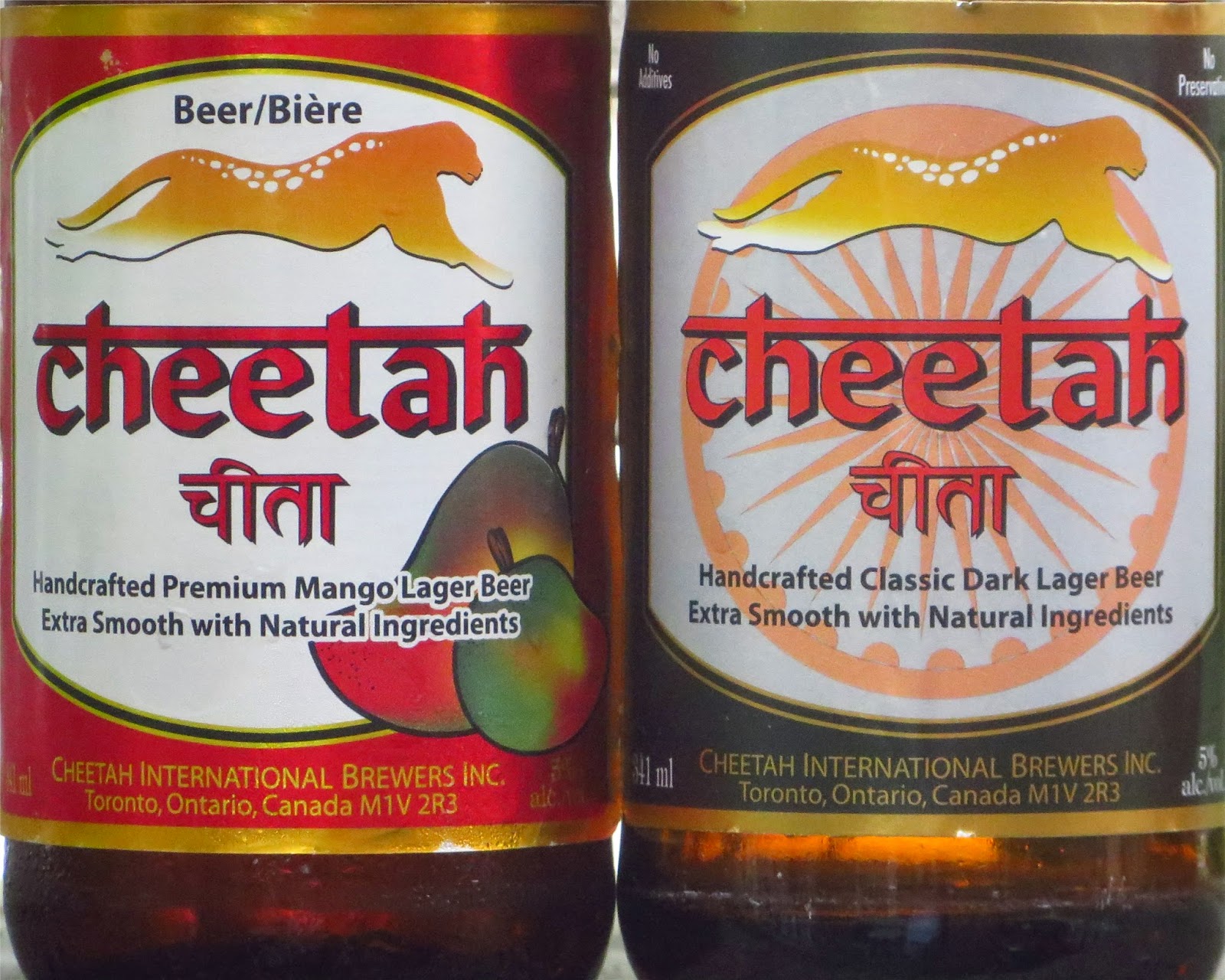 This week I received my Beer of the Month delivery and inside were two beers from a Toronto Brewery, Cheetah International Brewers.

I found it interesting that their website says that they have been around since 2004, yet I have never heard of them. Their website says their beer is made for spicy cuisine, especially Indian food. Perhaps they only sell to restaurants.

Mind you according to the write-up on the newsletter that comes with the beer that whenever actor Sir Ben Kingsley comes to Canada he makes it priority one to find some Cheetah beer to enjoy in the Great White North.

According to the Cheetah website, their beer is available in Ontario as of May 2004, Quebec, Alberta, Manitoba and British Columbia and is also available in Germany and will become available in the USA during late 2012 (seems their website needs some updating). Apart from Canada, "Cheetah" Beer is registered Trademark in USA, UK, Australia, New Zealand and pending in India.

In this delivery was their Classic Dark lager and an interesting sounding Premium Mango Lager.

I decided to start with the Dark Lager. 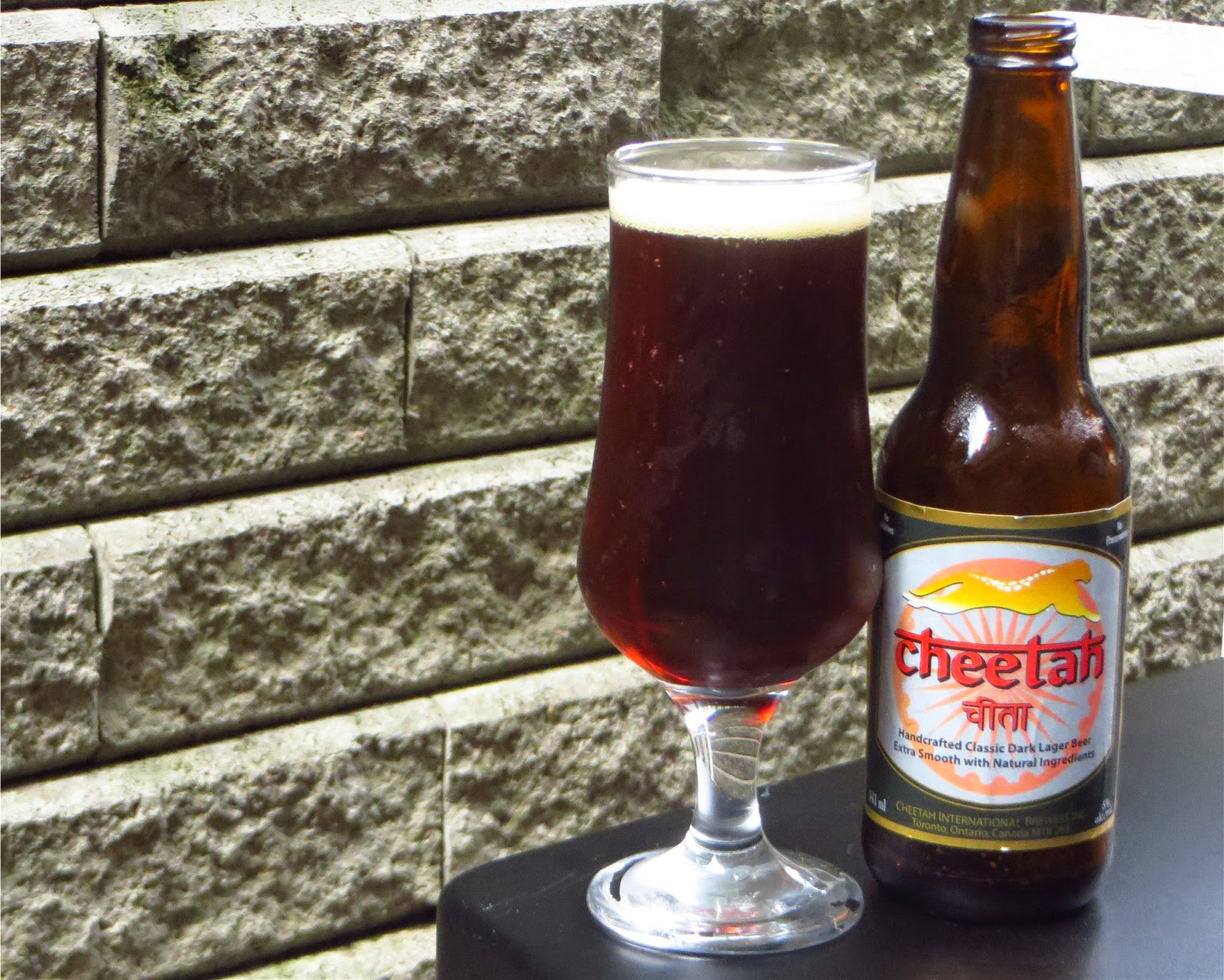 The beer pours brownish in colour with a bit of a red hue. The head is slightly brownish and disappeared quite quickly. There were no lacings left behind on the glass. I could sense some caramel in the aroma from the roasted malt.

I expected this lager to be a bit more sweeter and heavier than it was. The malt comes through when first sipped then surprisingly disappears quite quickly. It is quite watery in mouth feel. There is something in the finish that comes and goes rather fast that I can't put my finger on but is quite refreshing and kind of cleans my palate. A dark but light tasting lager. Interesting!

The dark lager is an OK lager but not one I would go out and buy.

Now to the Premium Mango Lager. 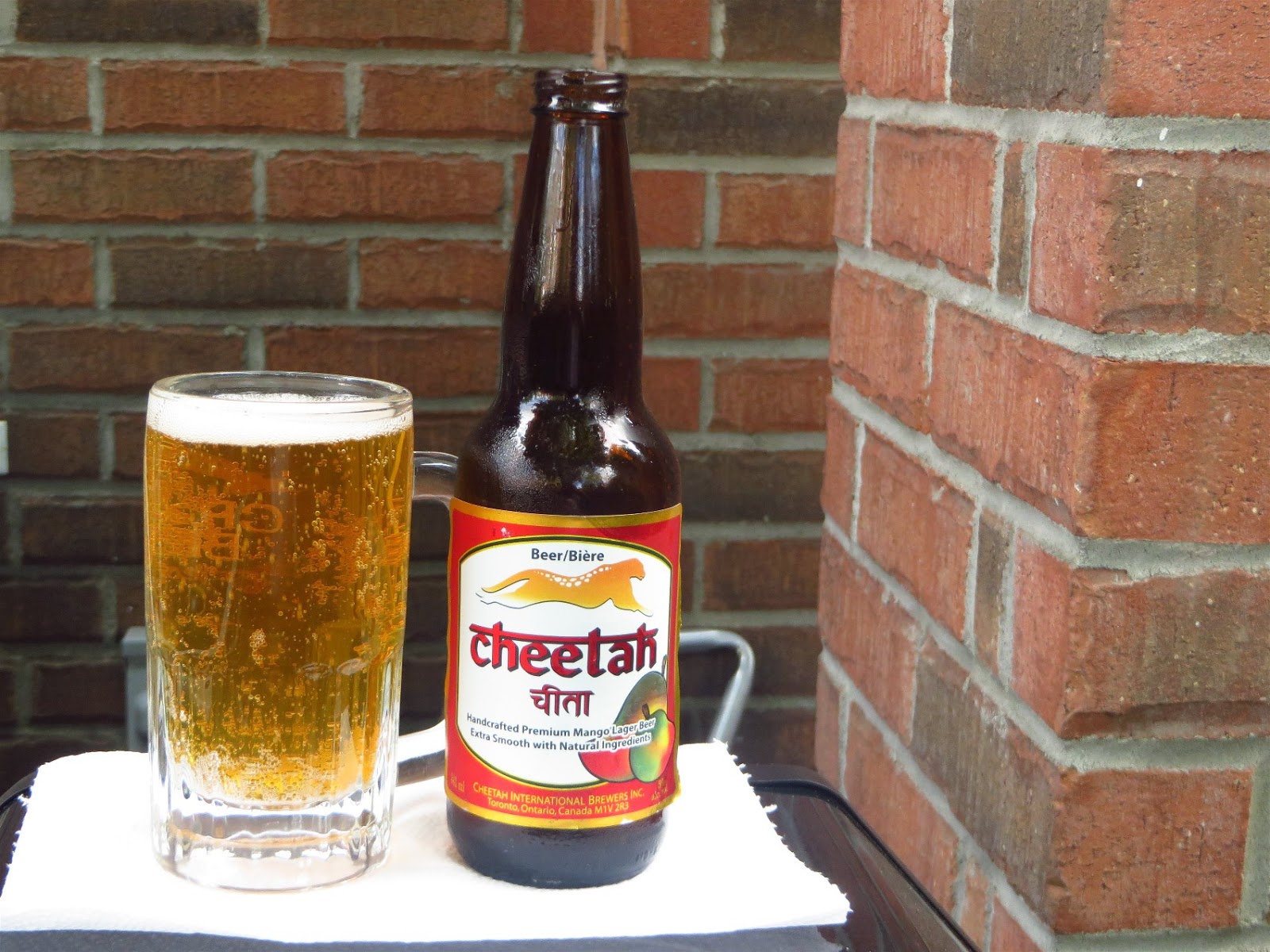 The beer pours a golden colour with a white head that went away quite quickly despite the active carbonation in the glass. No lacings are left behind as I sip. The mango is quite prominent in the aroma.

Mango is quite prominent in the taste too and dominates the entire flavour profile of this beer. I find the mango too overpowering. Far too much mango was used in making this. Where this could have been a nice unusually flavoured refreshing beer, it instead comes across as a heavy, overpowering flavoured beverage.

I could see how this would match well though  with a heavily spiced meal and that was what this beer was crafted to do. Not one that I would buy.

I had a the Mango beer last night with really hot, really good Indian food. It was perfect; Sweet enough to cut the fire and the Mango complimented the earthy spice.