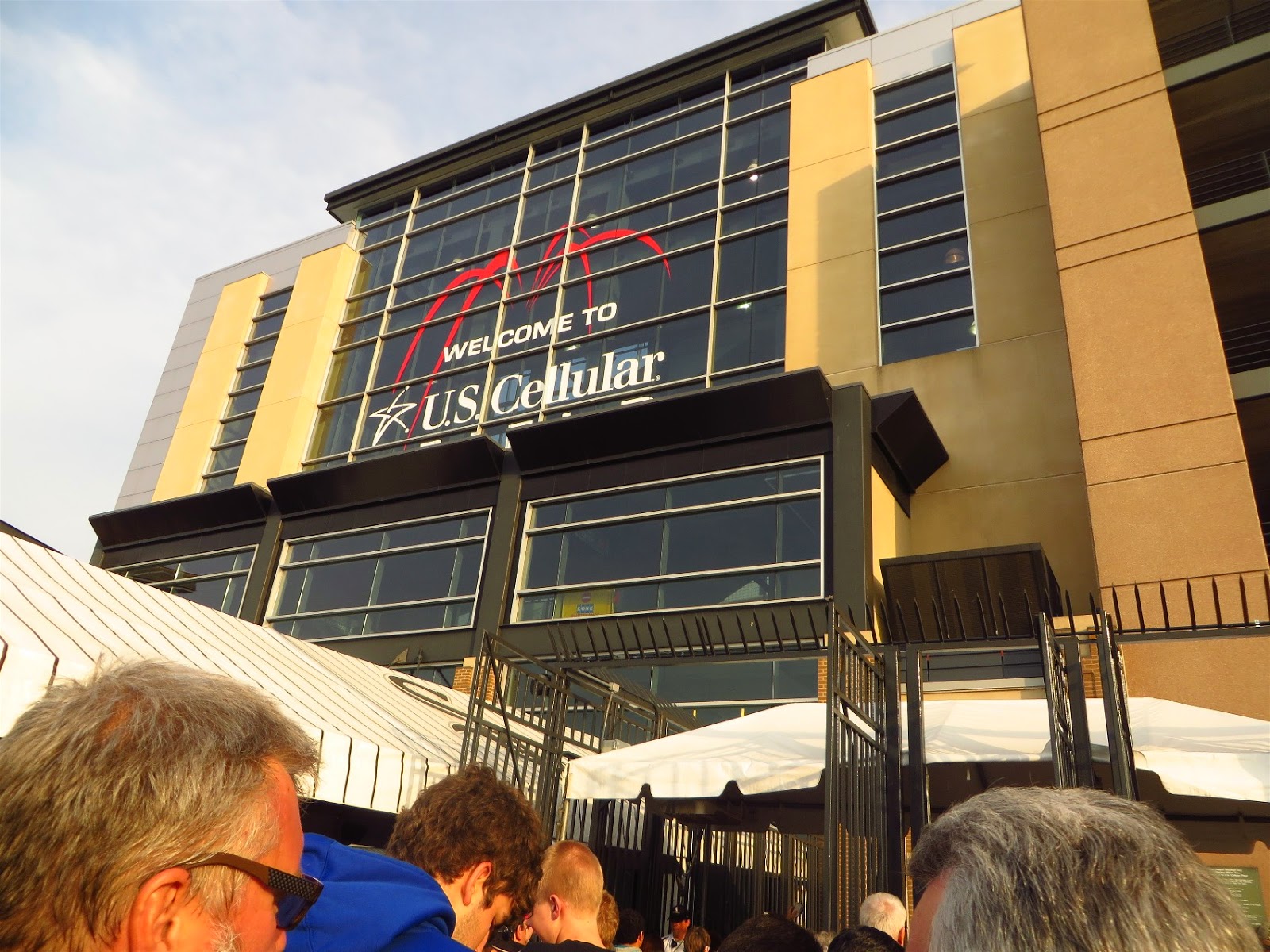 It`s our last night in Chicago so tonight, Craig, Alfred, Kevin and I headed down to the south side of Chicago to see the White Sox take on the Detroit Tigers at U.S. Cellular Field. It was opened as New Comiskey in 1991, named after the original owner of the team back in 1900. It was renamed U.S. Cellular Field in 2003. Old Comiskey was originally across the road and built in 1910. On September 30, 1990, the last game was played there resulting in a 2-1 victory over the Seattle Mariners.

The view coming in from the Red Line (Chicago Transit talk). 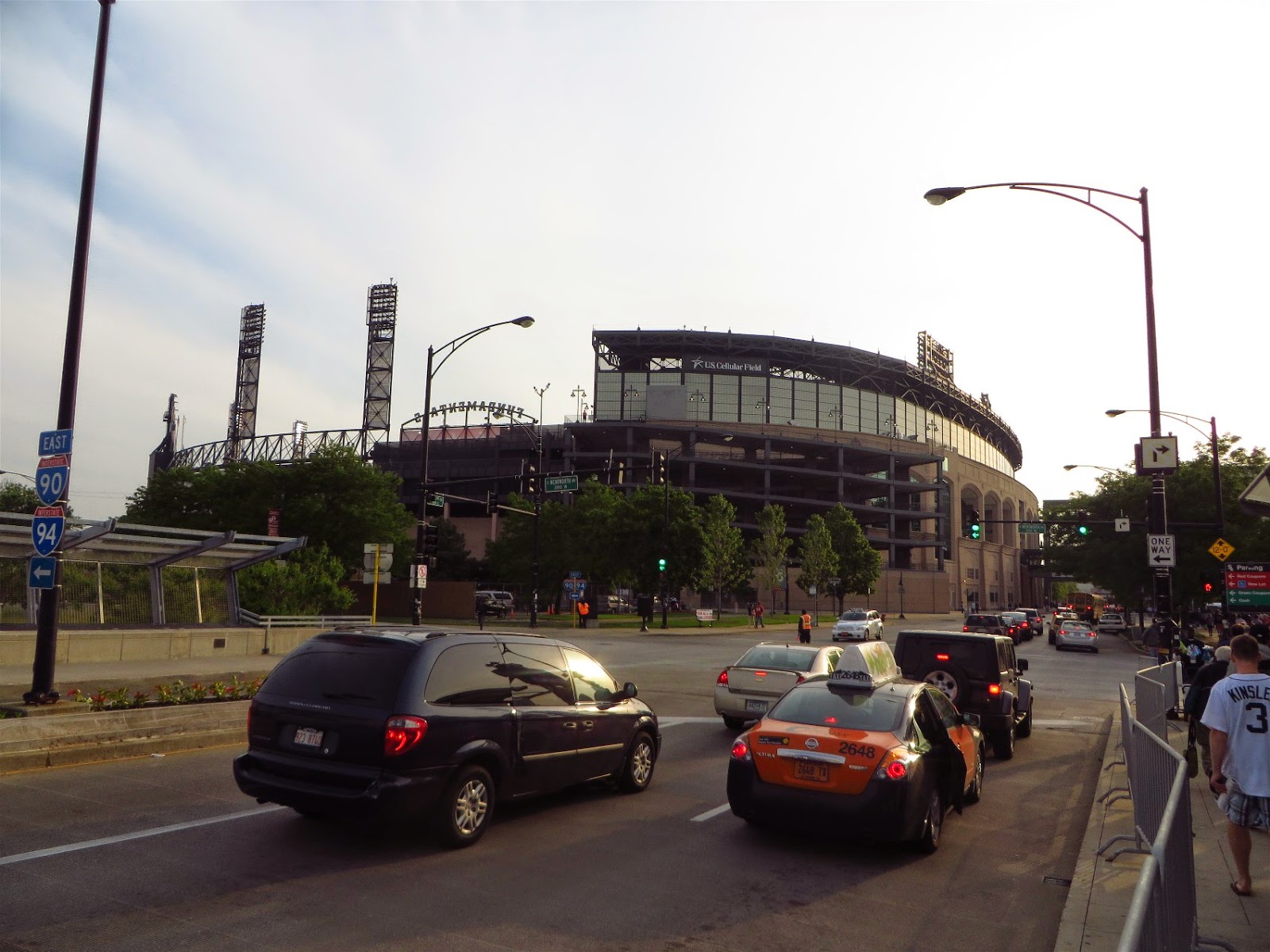 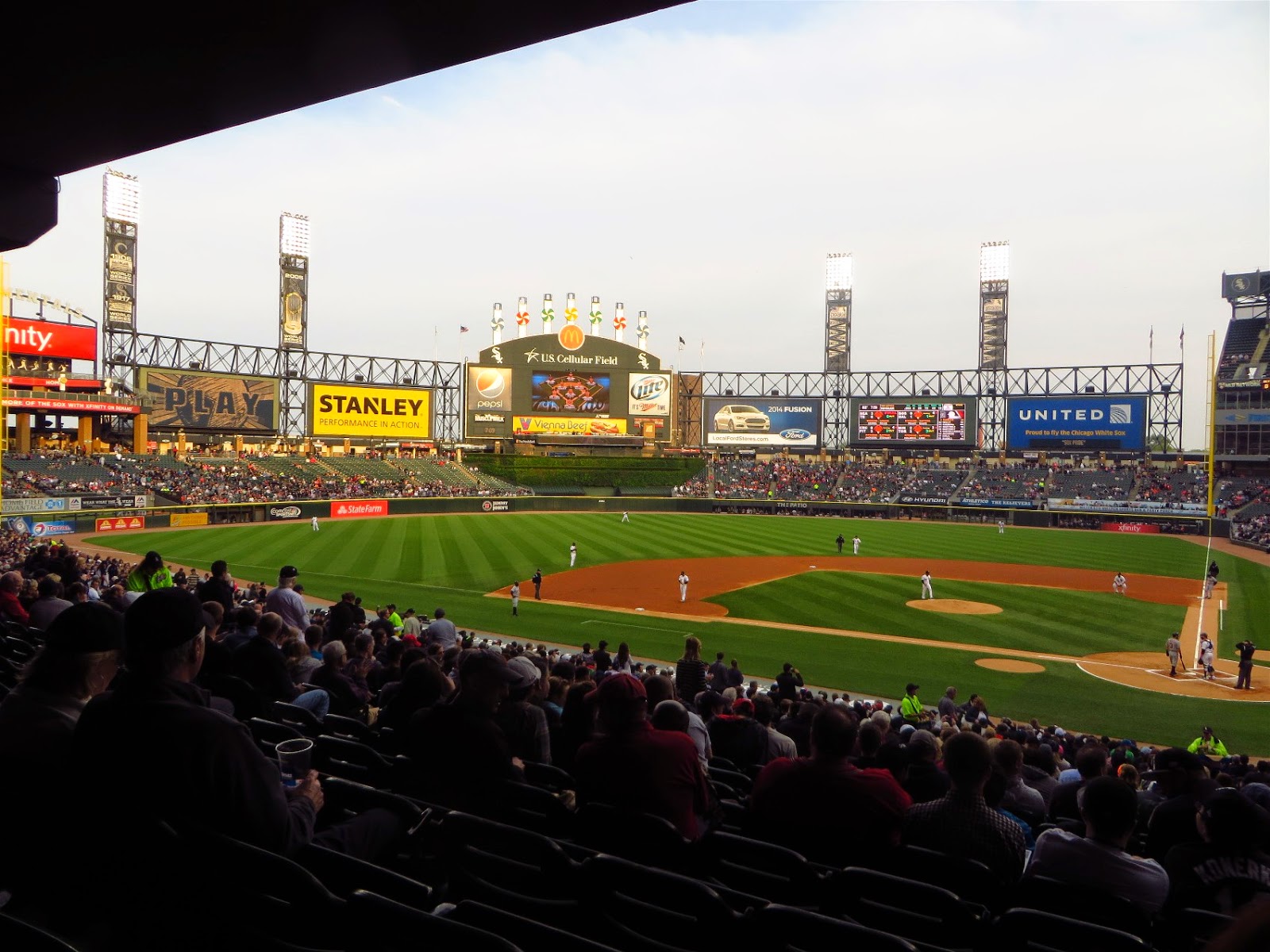 In most ballparks, even with the corporate boxes, the stadiums are full of seats. I found the lack of seats in the middle section cold. A stadium should be seats almost everywhere. People complain about the Rogers Centre, where the Jays play, but it is far more intimate than here. 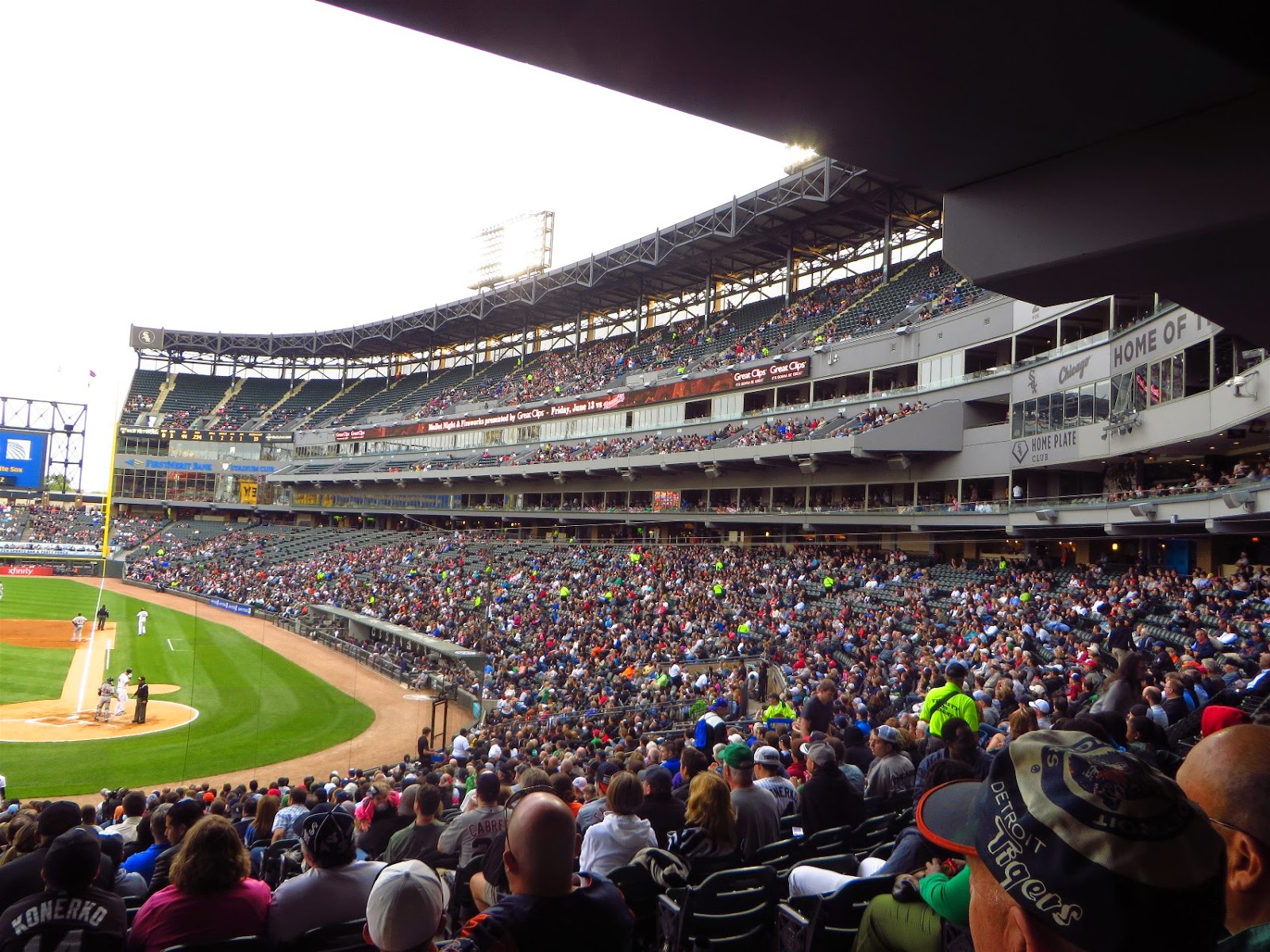 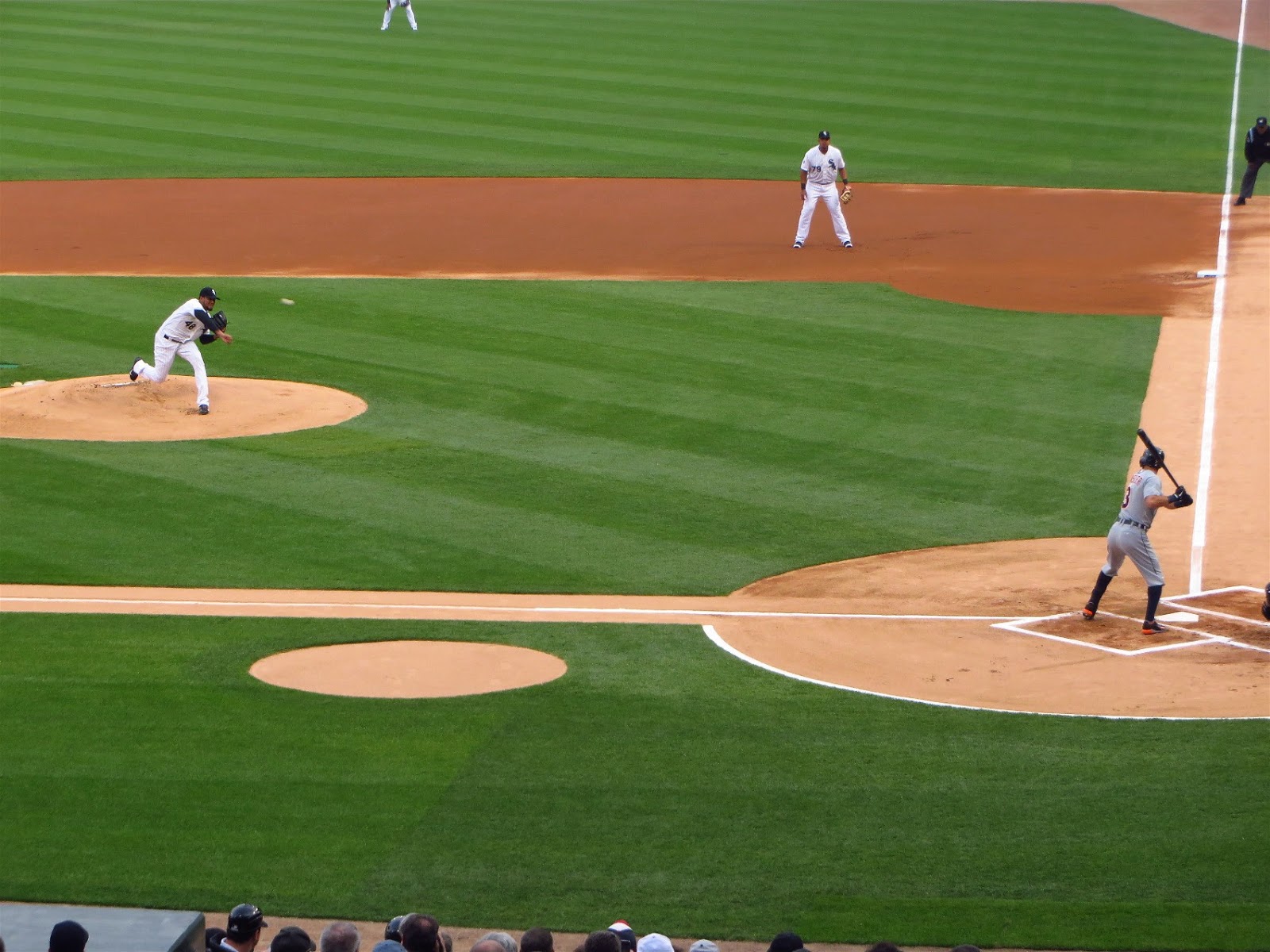 One cool feature is the out of town scoreboard. It was so easy to follow the Jays game for almost every at bat! 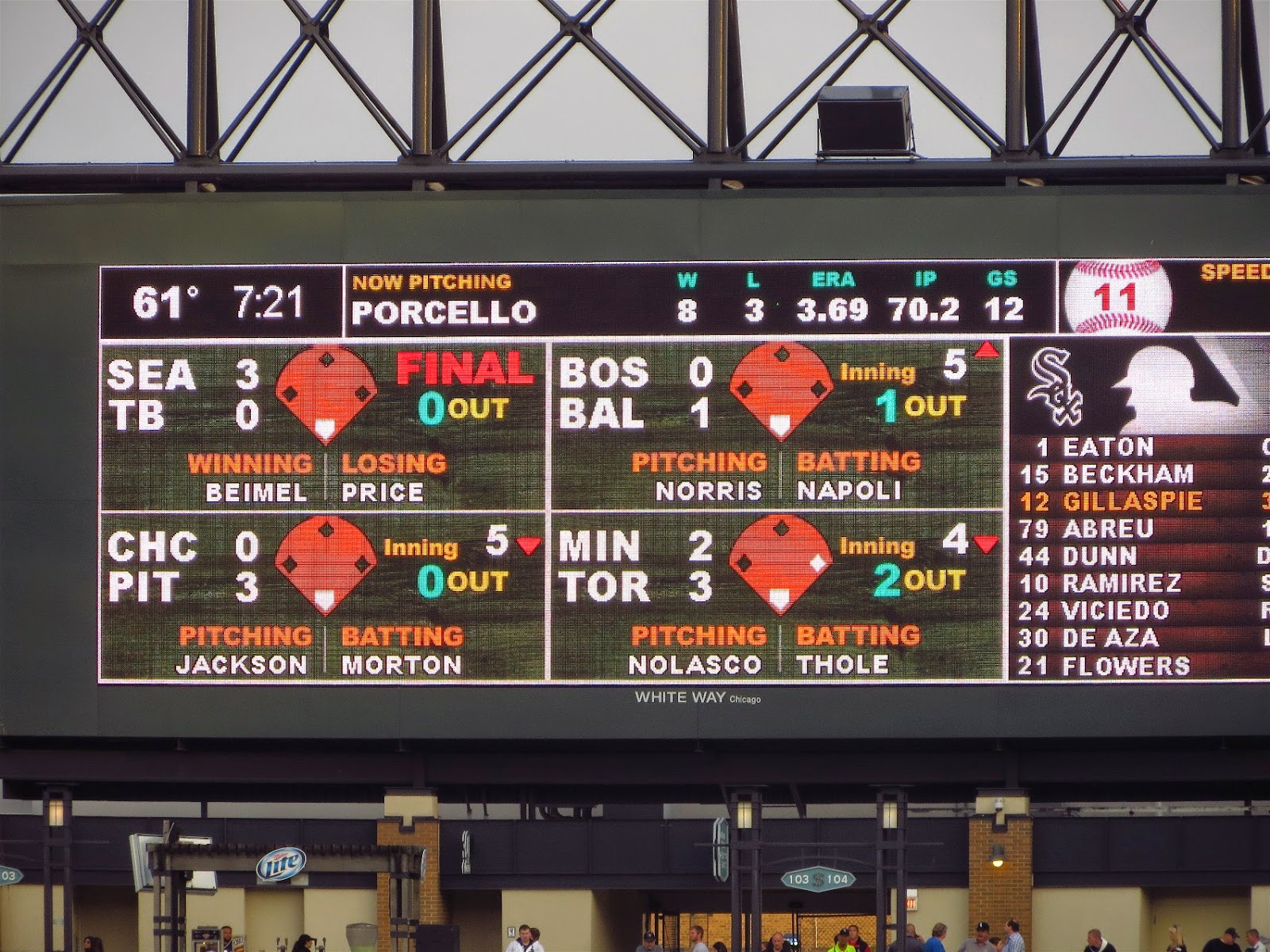 There is lots of craft beer here but only in a few booths that serve it. I laughed as I could easily get a yucky big brewery beer anywhere with no line-ups but this was jammed, and especially when a vendor came by calling out,  "Beer, no line-up!" and nobody budged from line. Craft beer drinkers love beer with flavour! 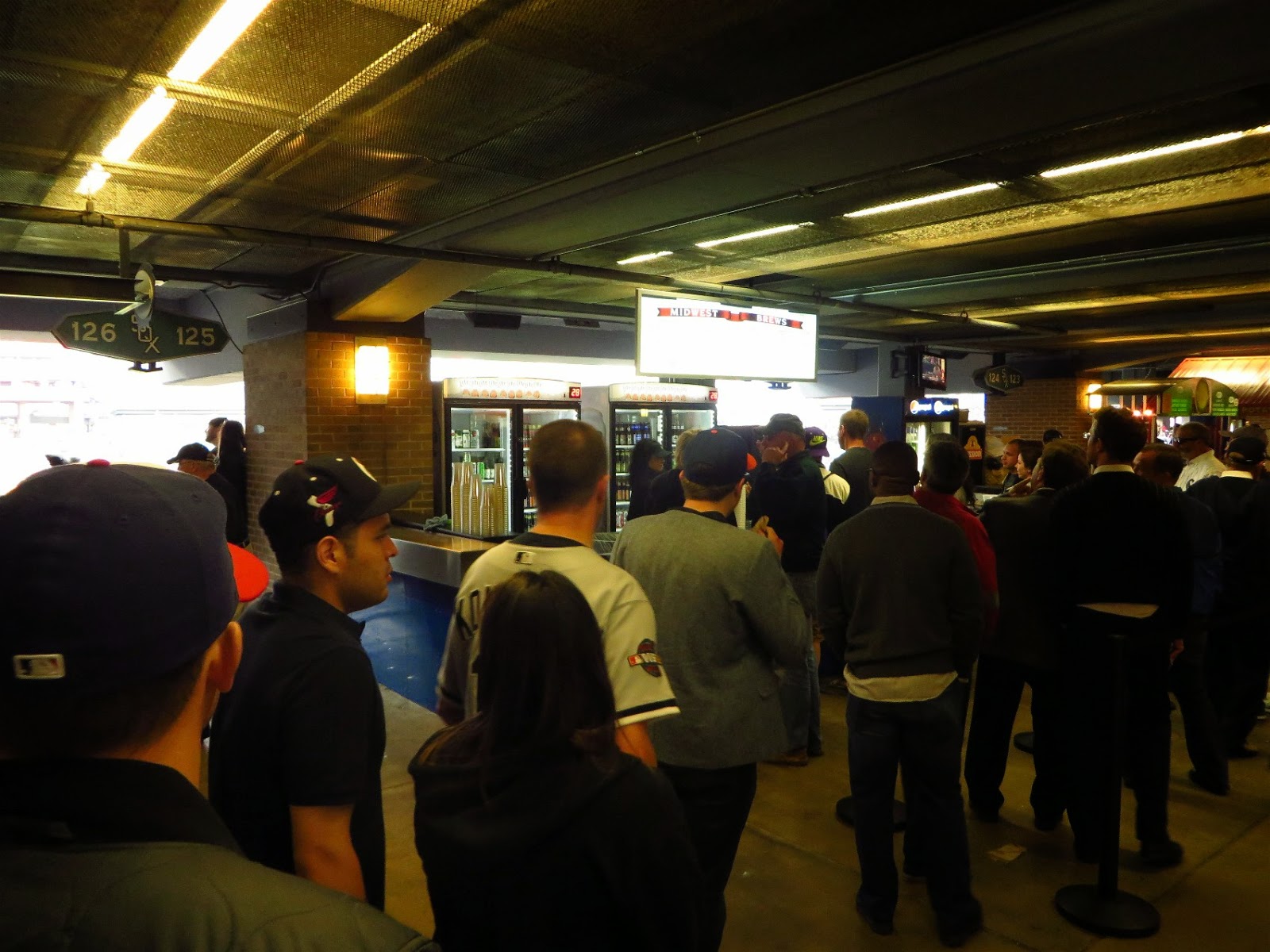 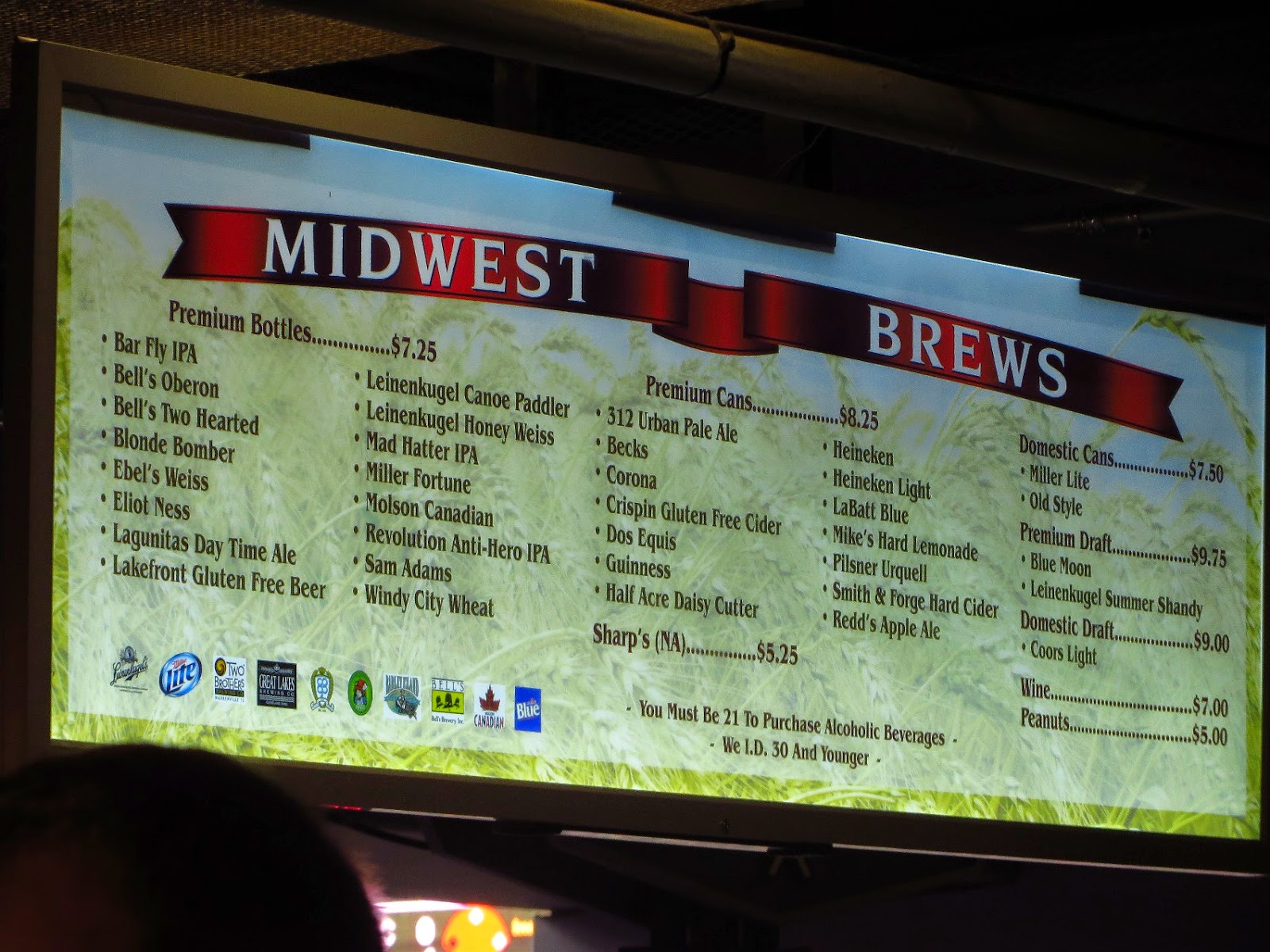 Some action shots from around the park. 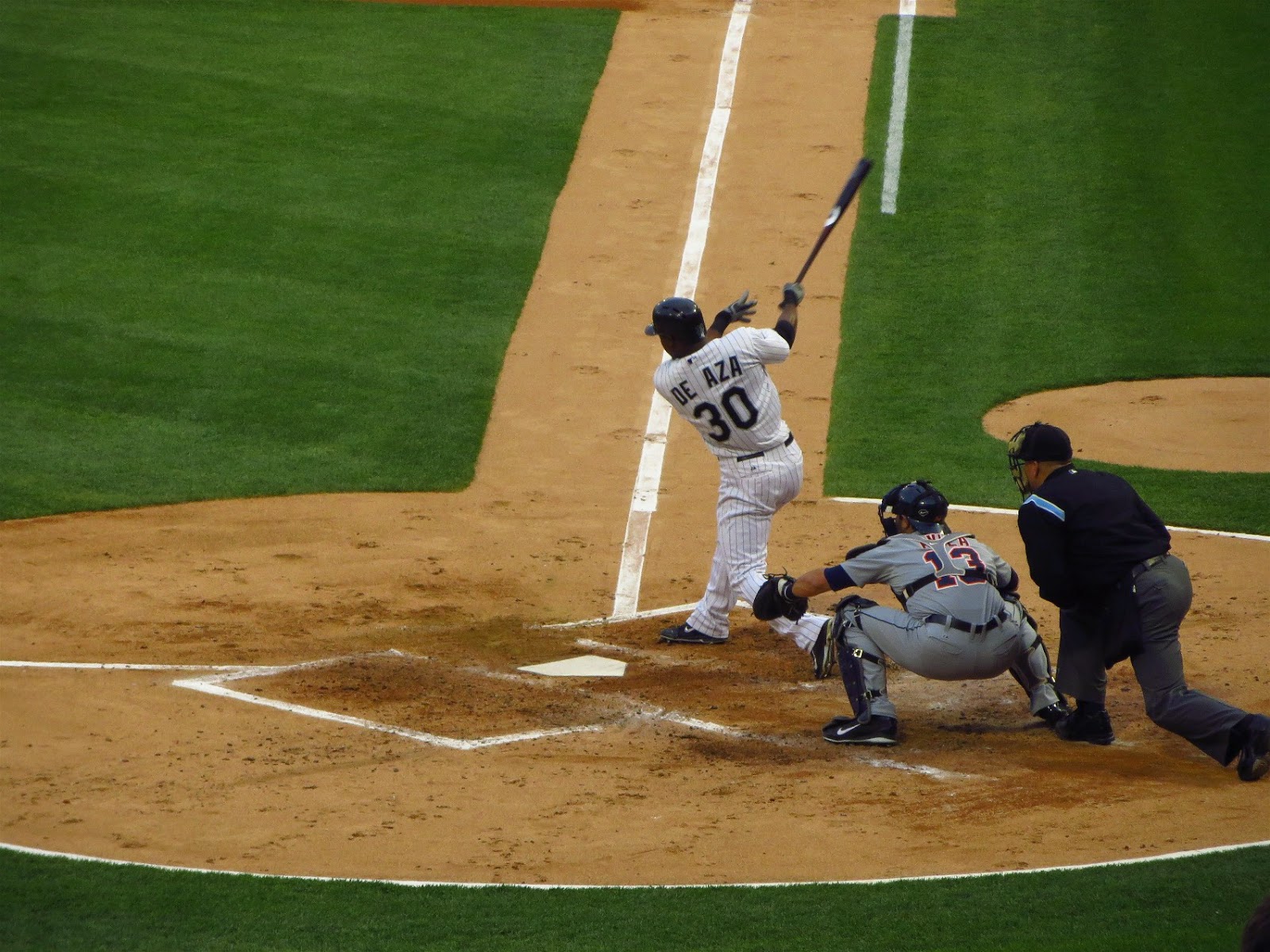 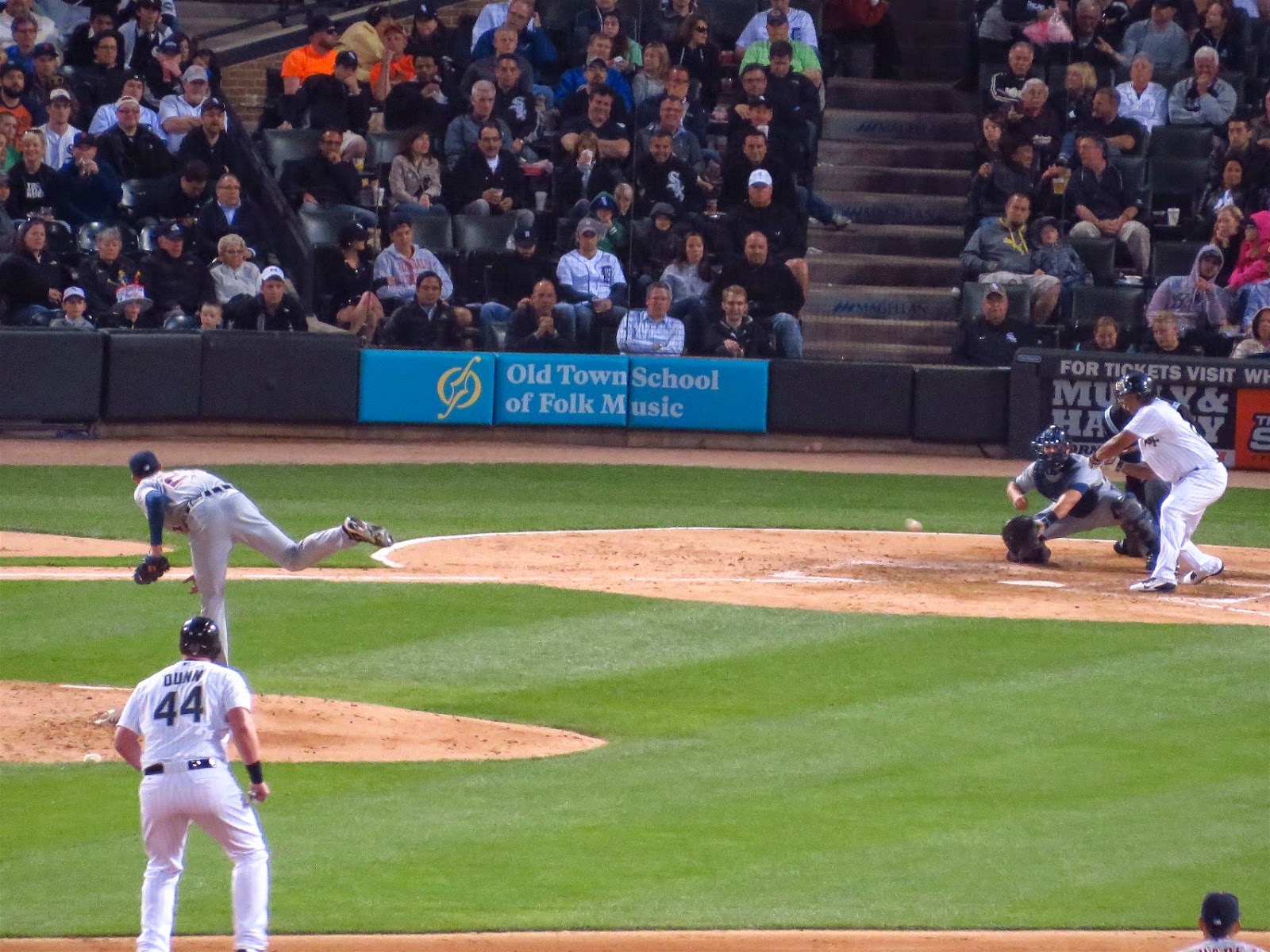 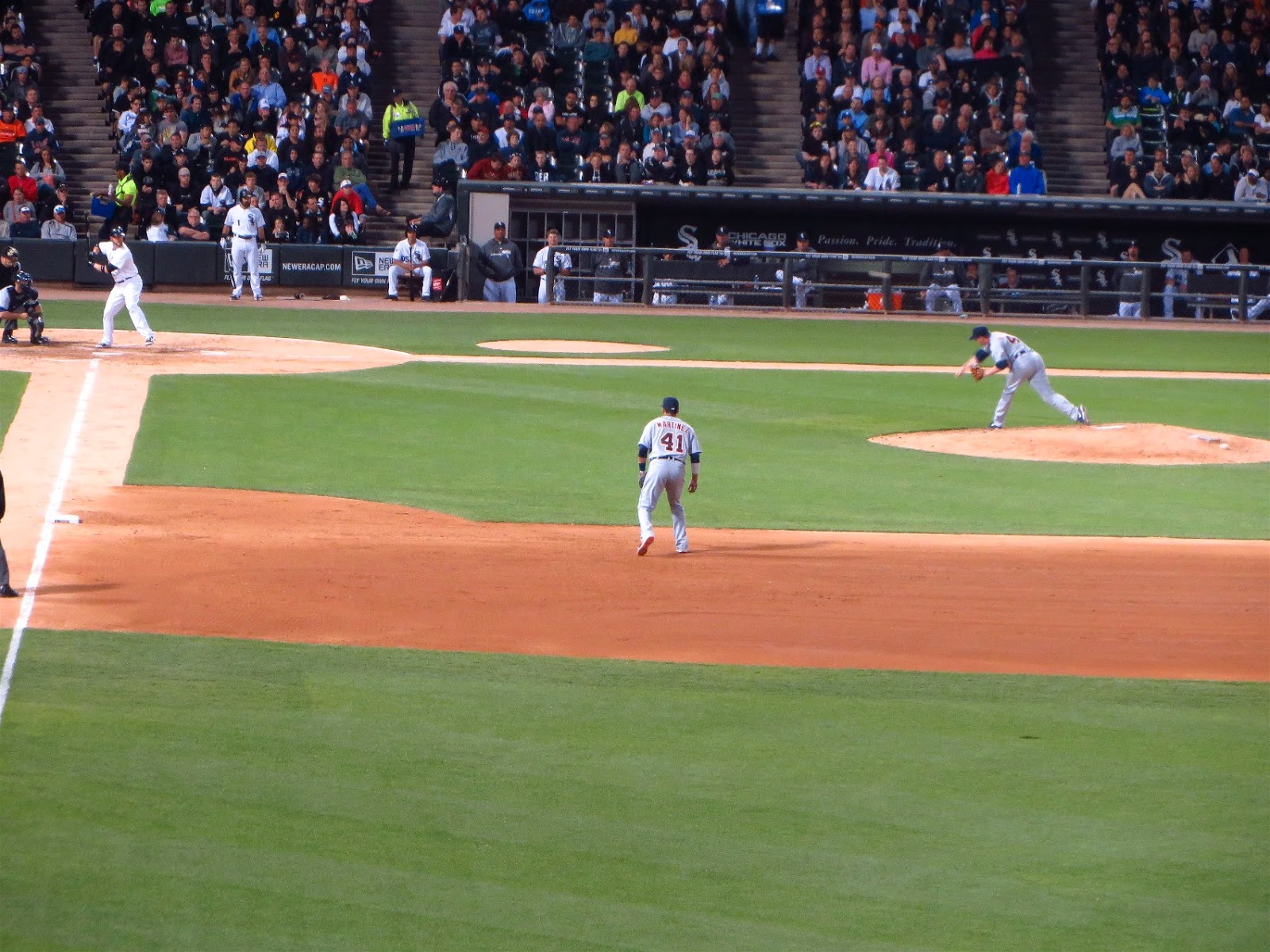 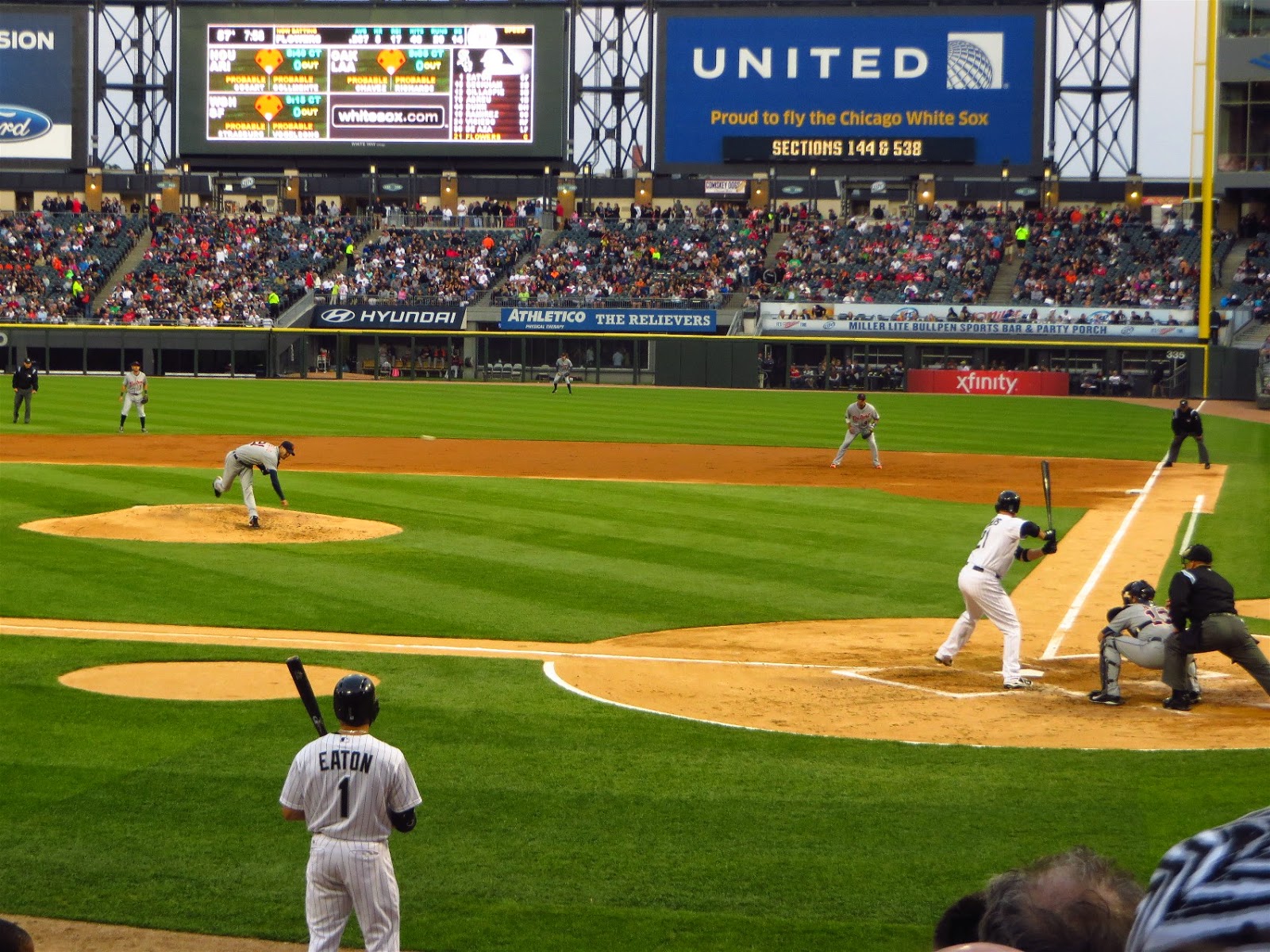 Former Blue Jay Frank Thomas (for a season and a bit) and in the Hall of Fame ... and me! 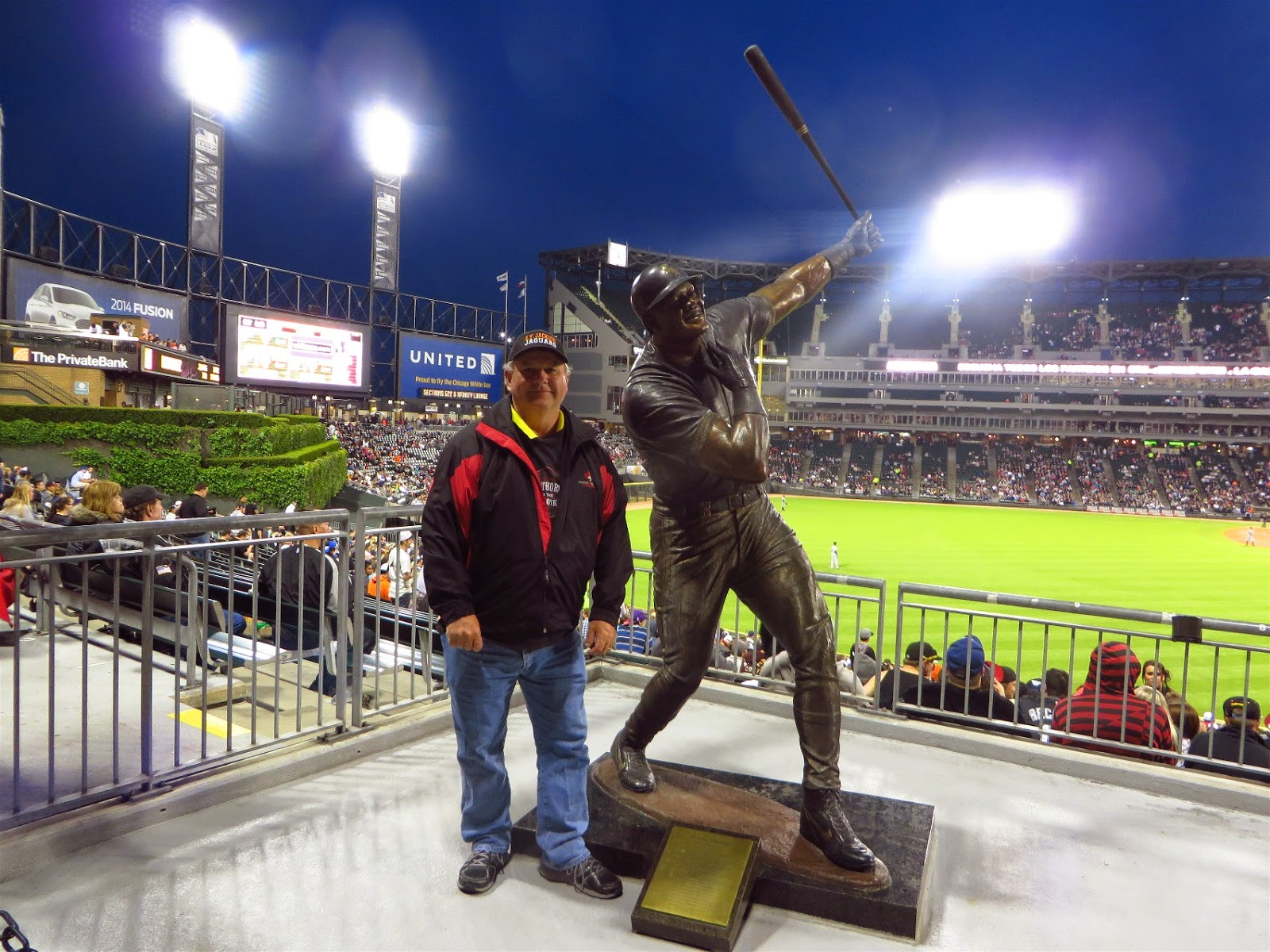 I snuck down from our seats to the third row from the field. I have never been as close to the field and players as this! 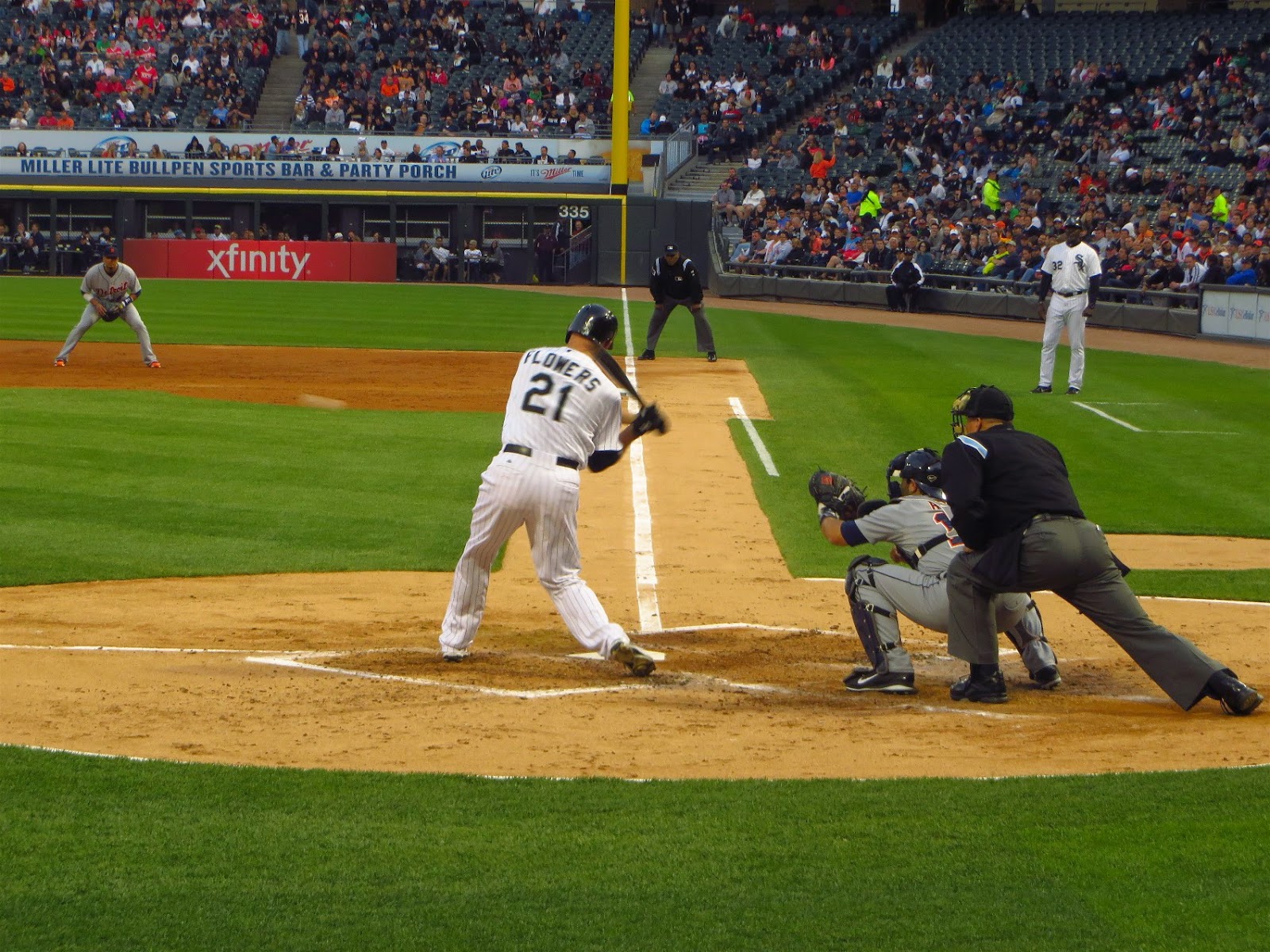 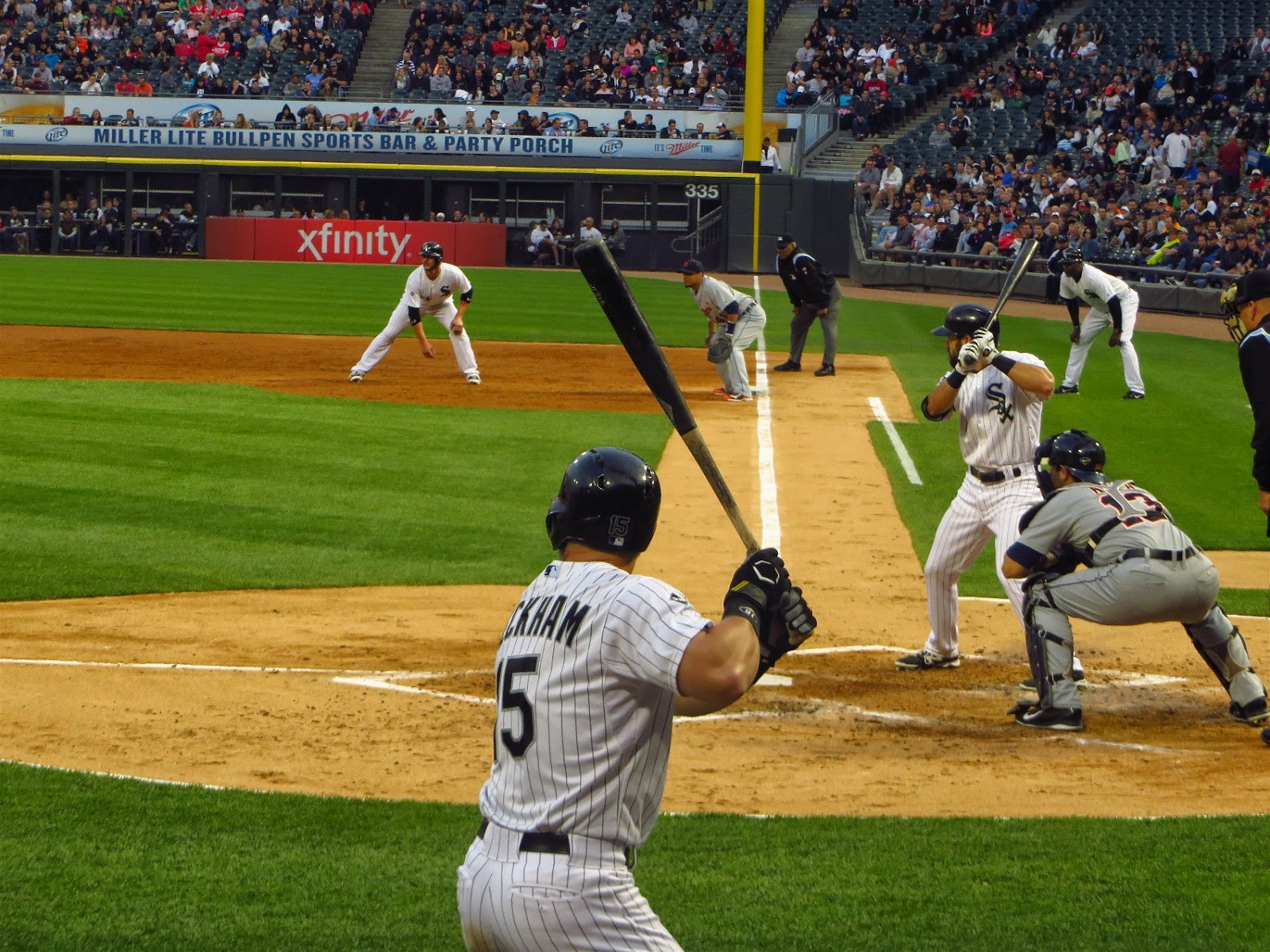 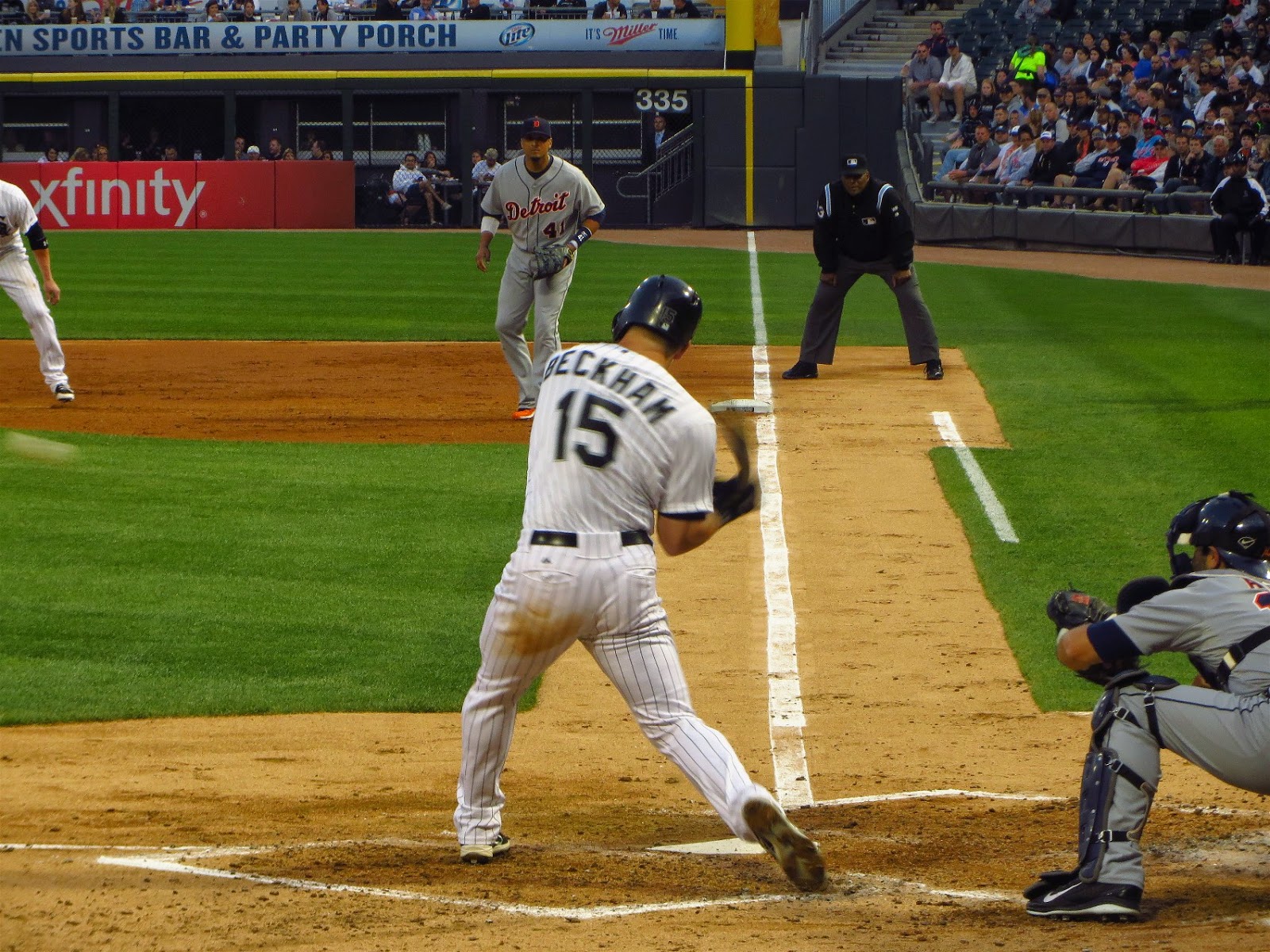 There are some areas for people who have paid for tickets to go and be on the 'Net? 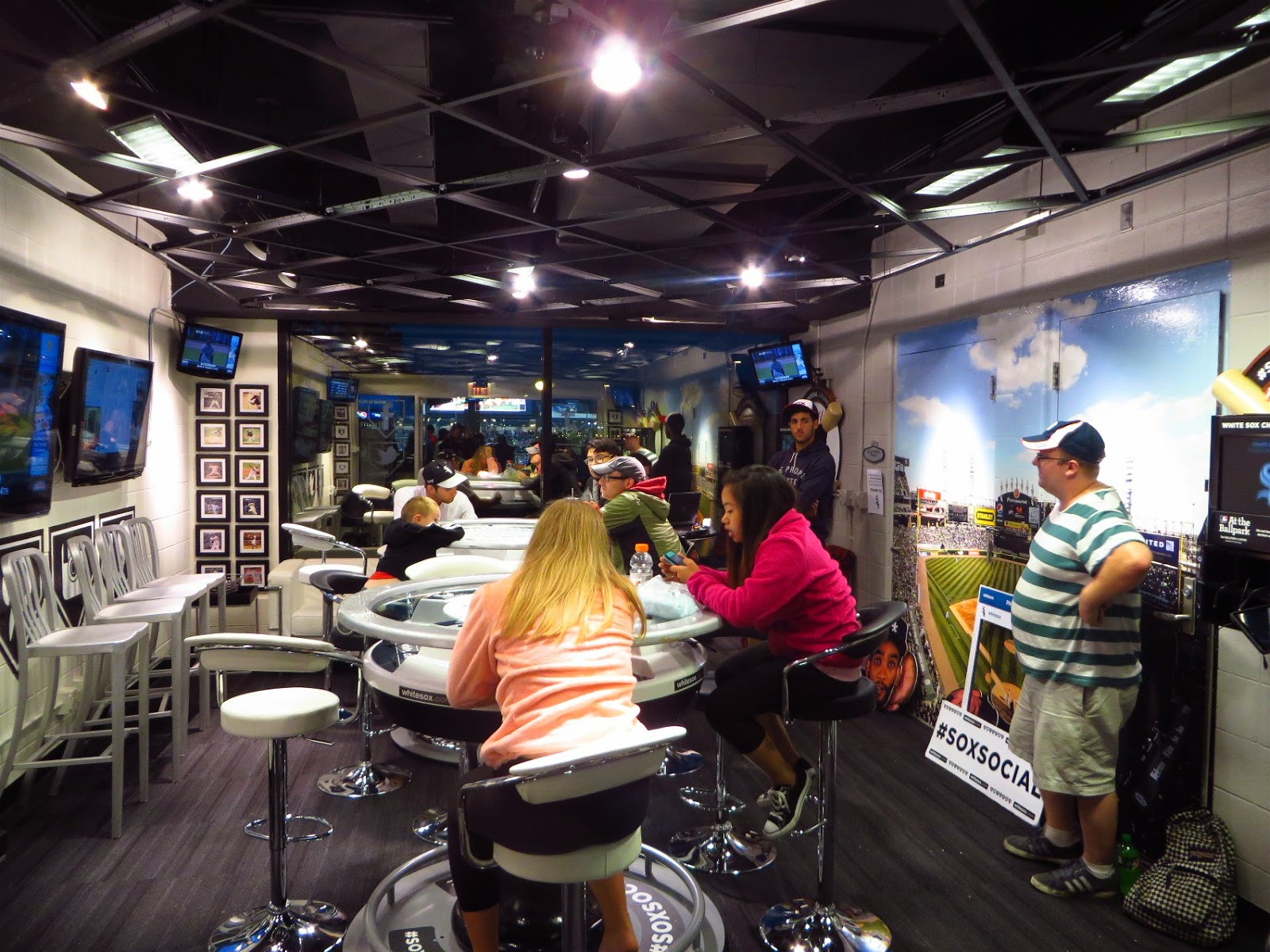 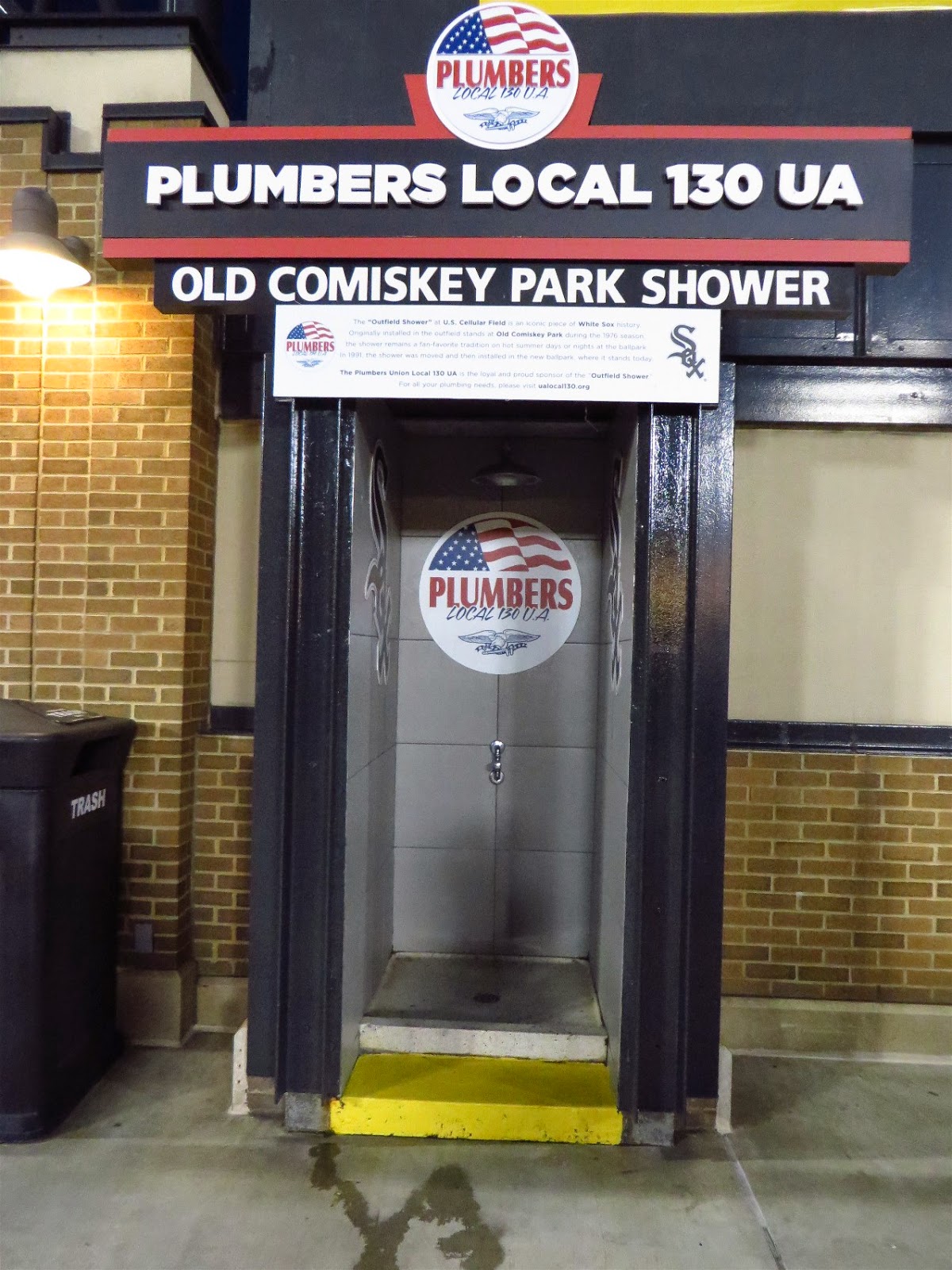 Old Comiskey was the first stadium with an exploding scoreboard. There is one in U.S. Cellular too and here it is going off to celebrate a Sox victory! 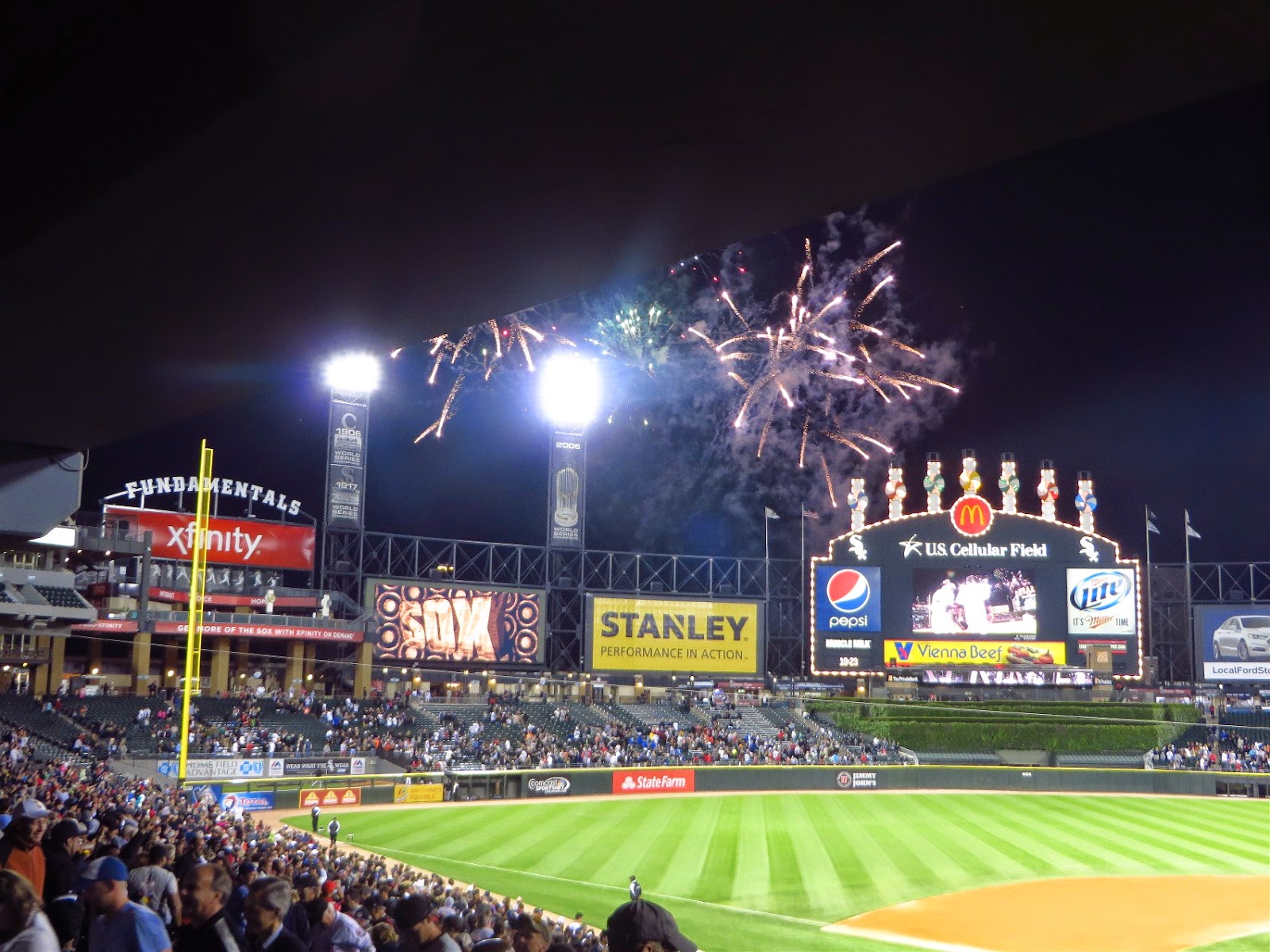 It was a fun night but for some reason I found the ballpark lacking. It's not as a comparison to Wrigley but to most ballparks that I have visited. I would go to Wrigley again but would forget seeing the Sox ... unless the Jays are in town!
Posted by Swordsman at 22:14