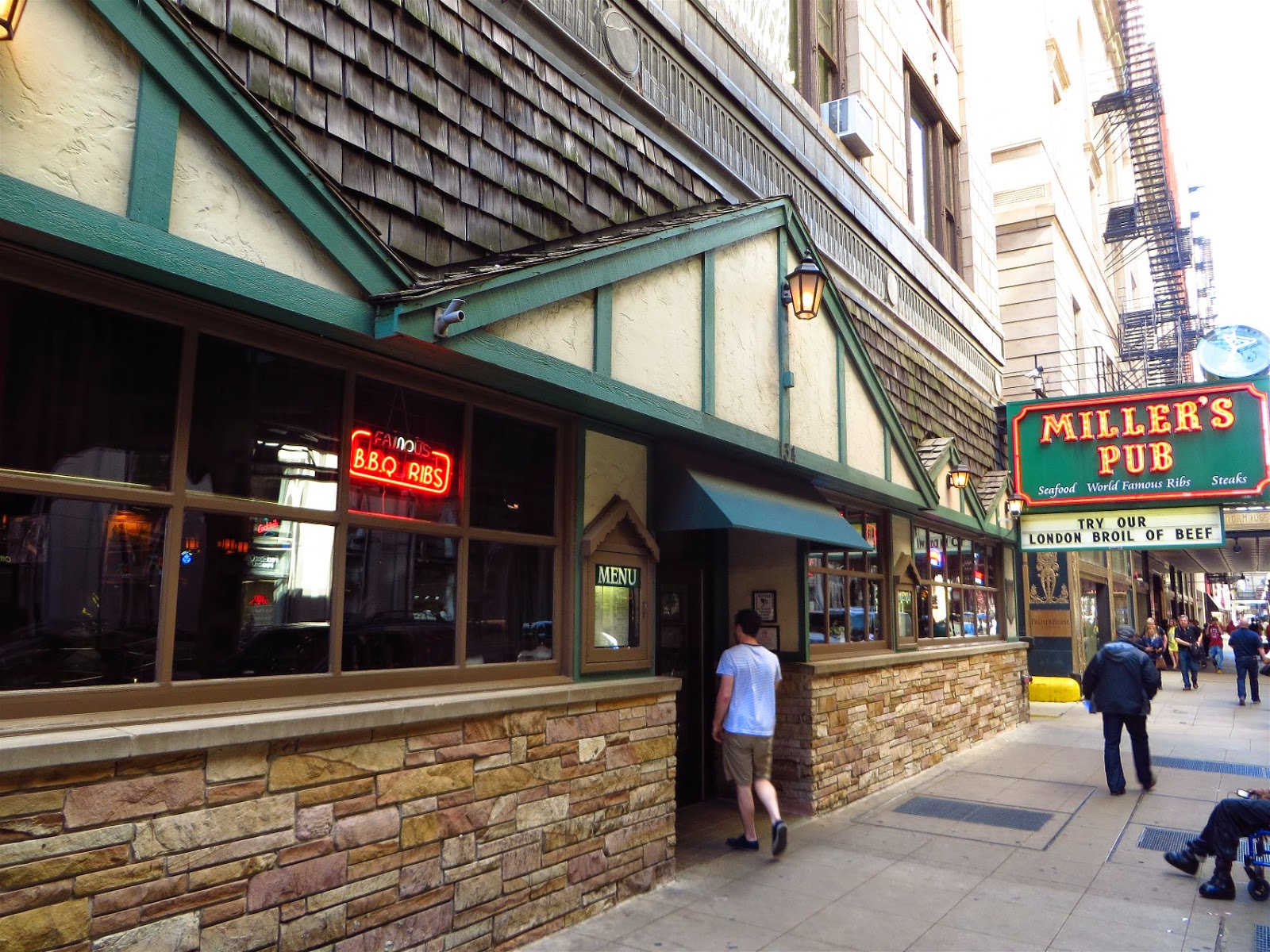 Craig, Kevin Alfred and I spent five days and four nights in Chicago. We discovered Miller's Pub on Friday and it was so good, we ate there again Sunday night.

In 1950, three brothers of Greek descent, Pete, Nick and Jimmy Gallios, pooled all of their resources and purchased the flailing Miller’s Pub from the Miller brothers, who had established the bar in 1935. After the purchase, the Gallios brothers did not have the $500 it would have cost to change the sign on the pub, so the name Miller’s remained.

Over the years there have been a few changes to the decor, but the hundreds of signed celebrity photos from icons such as Frank Sinatra and Dick the Bruiser and the antique oil paintings that Jimmy acquired throughout the years still adorn almost every free inch of wall space. Some of the faces have changed and sadly only one of the brothers, Vannie, still works daily- the other three having passed away. But their children have taken the torch and work as tirelessly as their fathers to maintain the family legacy and carry on the Miller’s tradition.

How good is the food here? Well, there was a twenty minute wait on Sunday night at 8pm!

I had Haddock and Chips Friday and Corned Beef on Rye on Sunday. All the guys loved it here and as a bonus Miller's has an excellent beer menu.

I highly recommend this spot. Wish I had taken pictures of my meals and the interior!

After Saturdays game, we walked over to Goose Island Brewery in Wrigleyville just a two minute walk from the stadium. 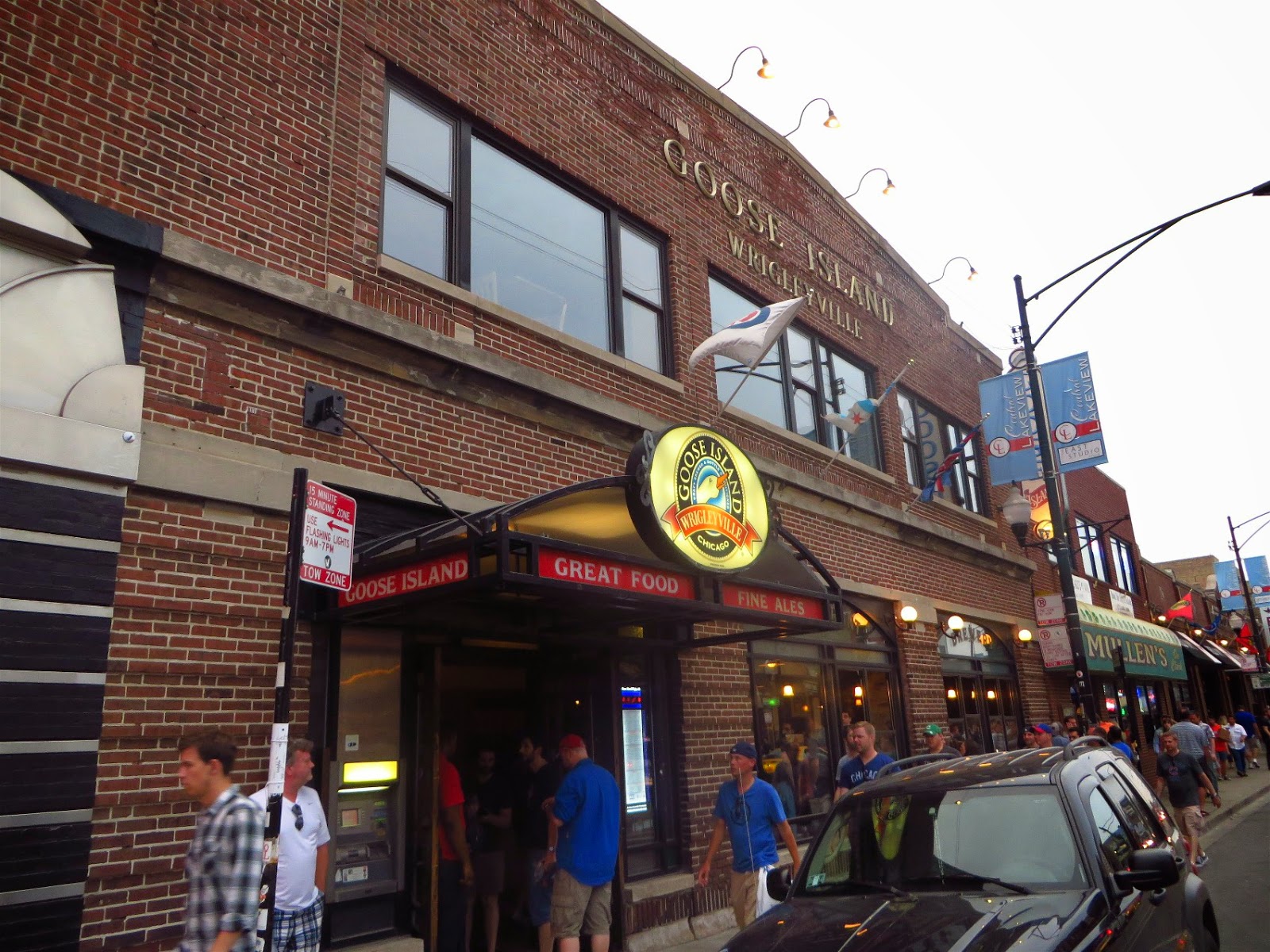 Of course, the beer was fabulous, and we all enjoyed our meals. Alfred and I both had the Mac and Cheese, which was excellent. 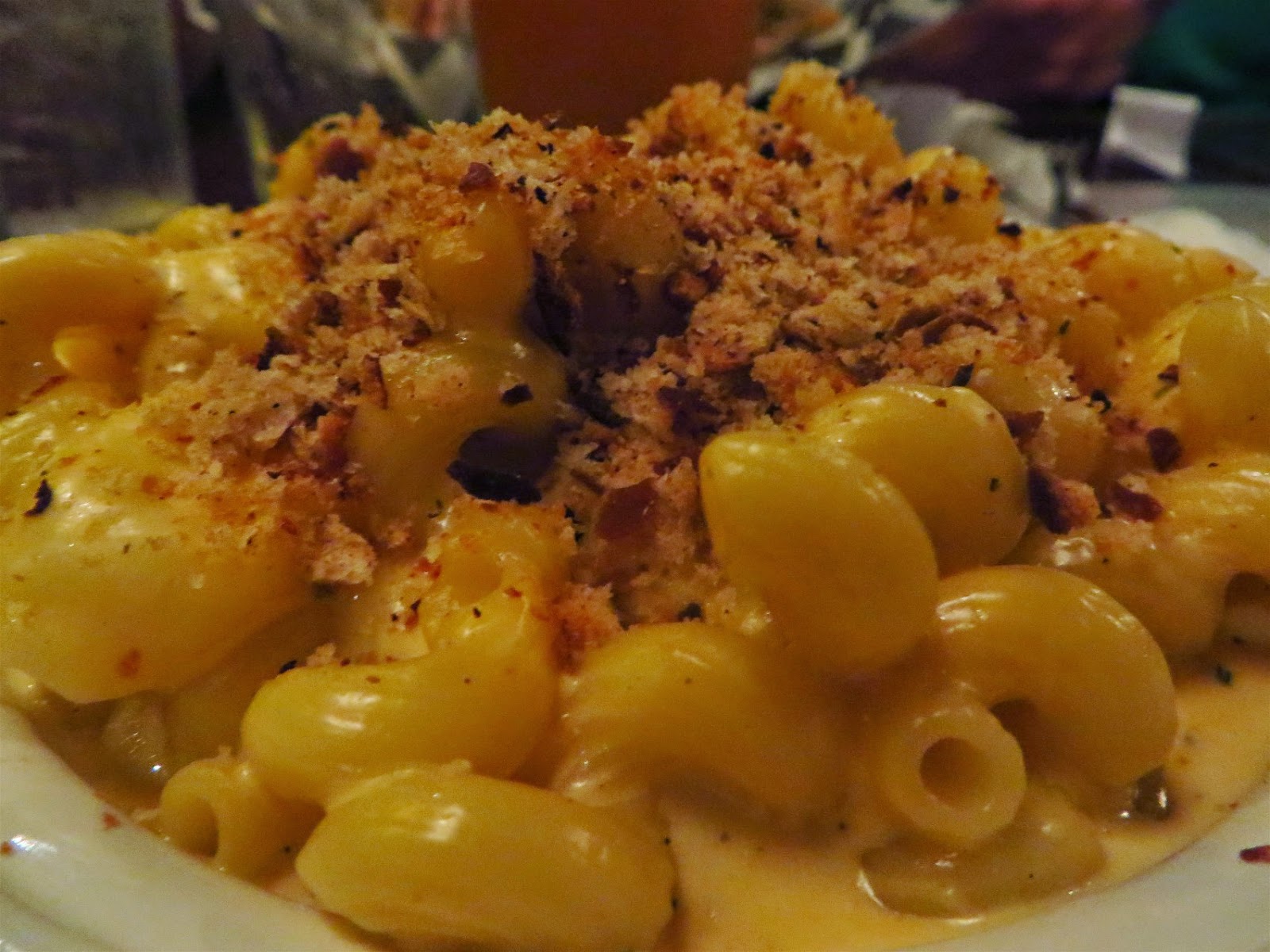 It's a lively spot after a game and before it too. 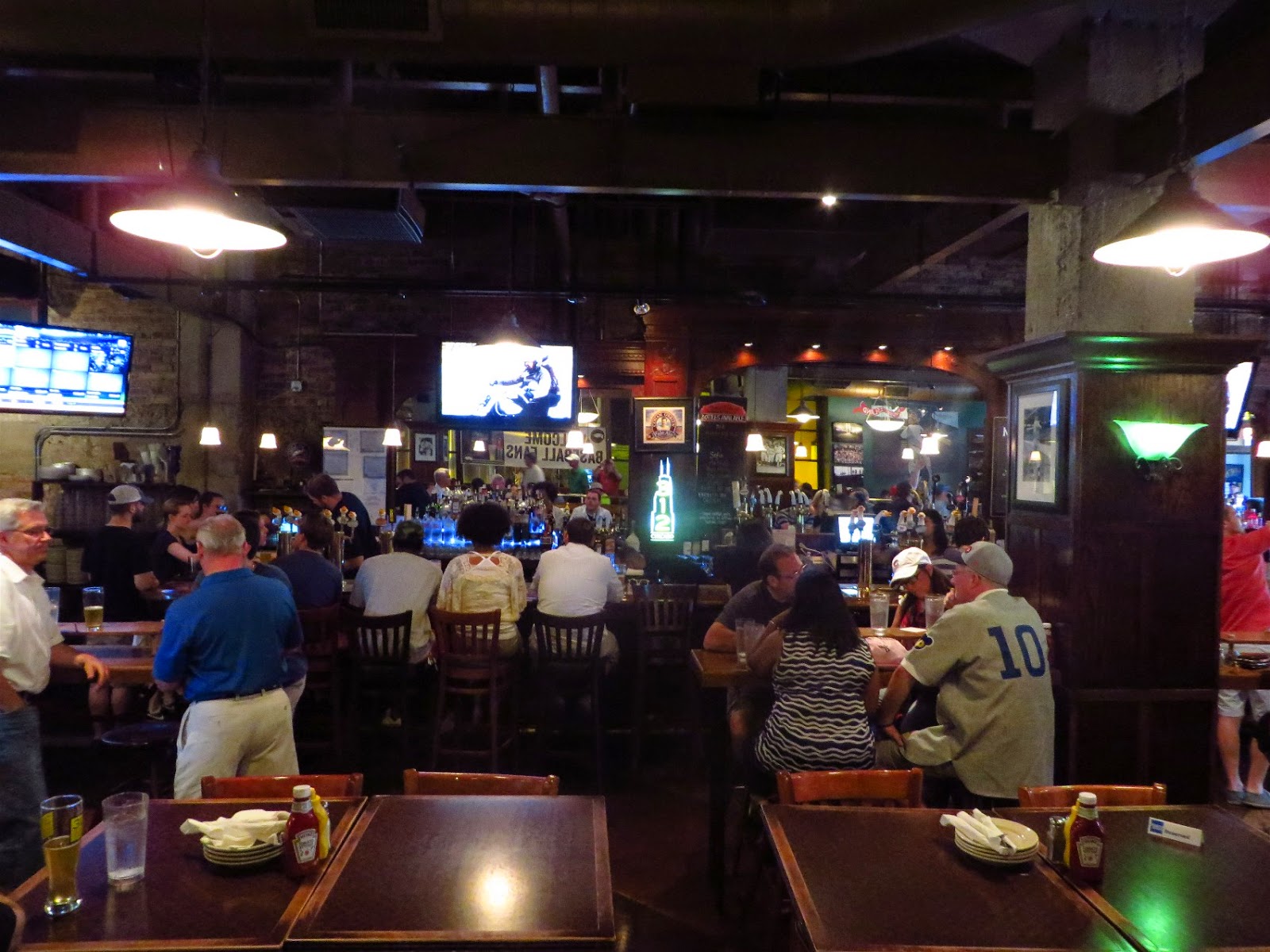 A great spot for drinks, though we didn't eat here, was Dick's Last Resort, which overlooks the Chicago River. It's where the red umbrellas are. 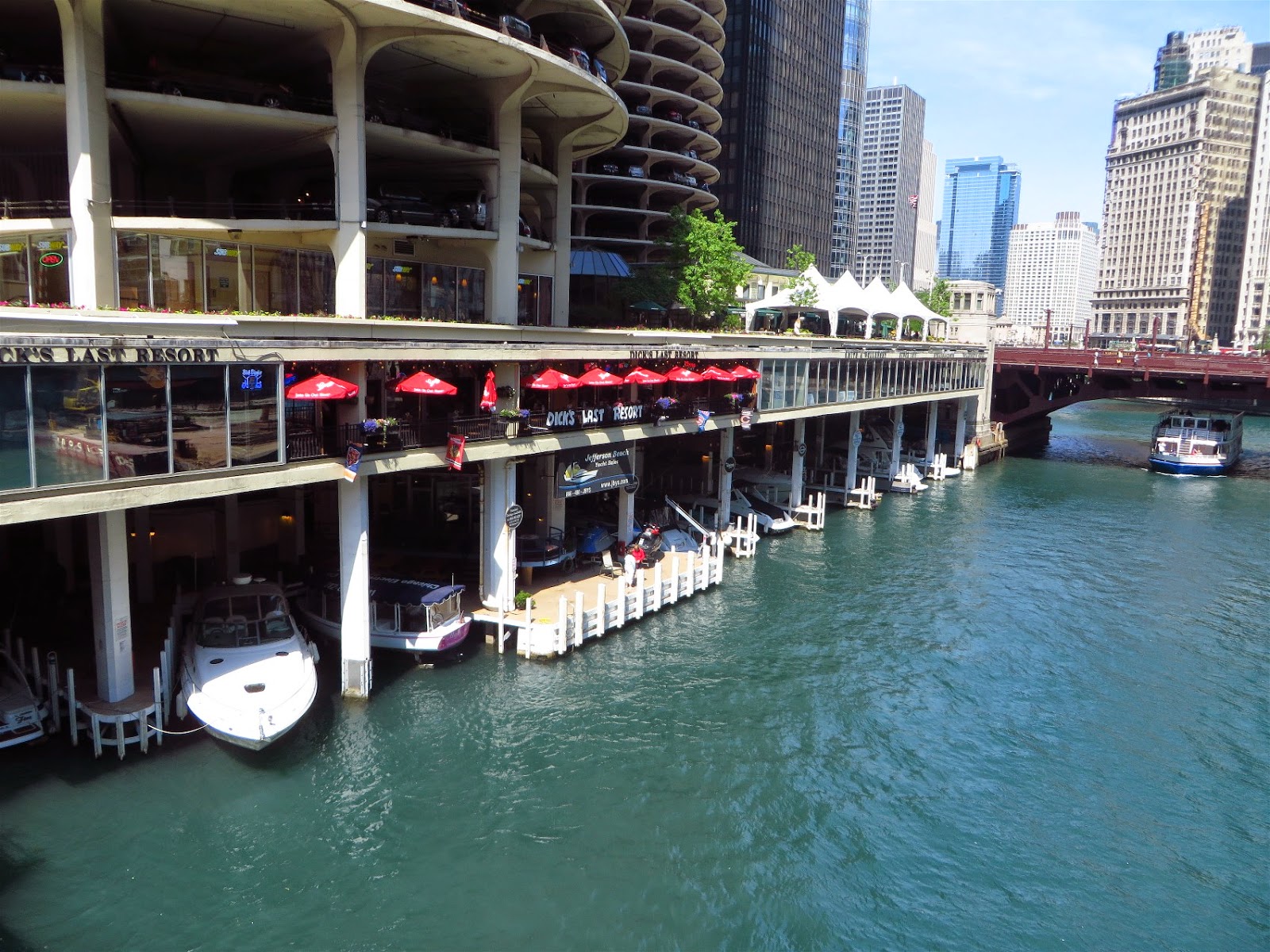 Not a great beer selection, just an OK one but a friendly wait staff. 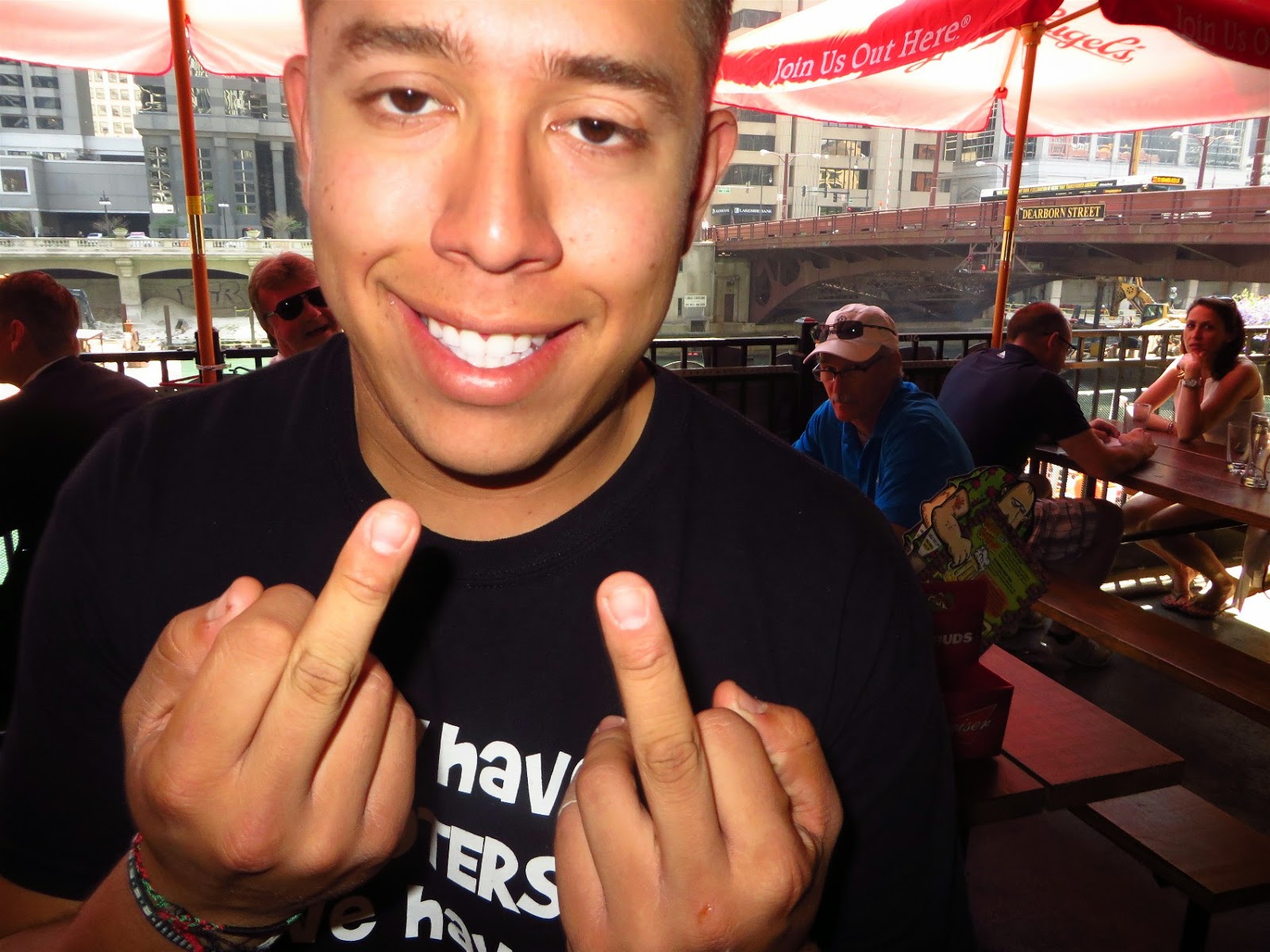 He actually was a fun guy who looked after us very well. Kept kidding me because I could not pronounce Lagunitas, who makes a great pale ale. I would go back! 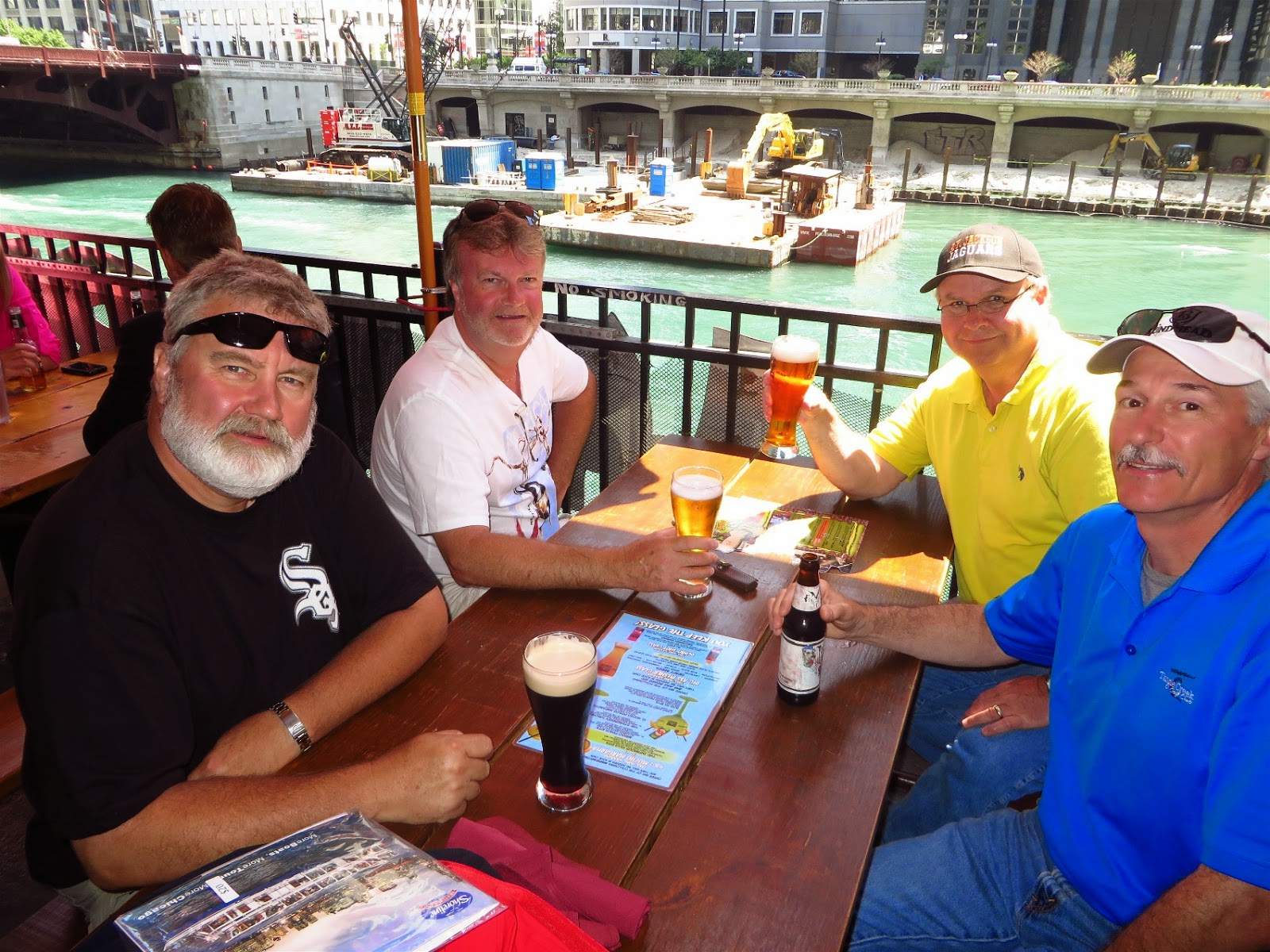 Another fun spot was Rockit Bar and Grill on Hubbard Street. Craig found this spot and Hubbard Streer looks like a fun area to party on. Lots of bars and pubs! 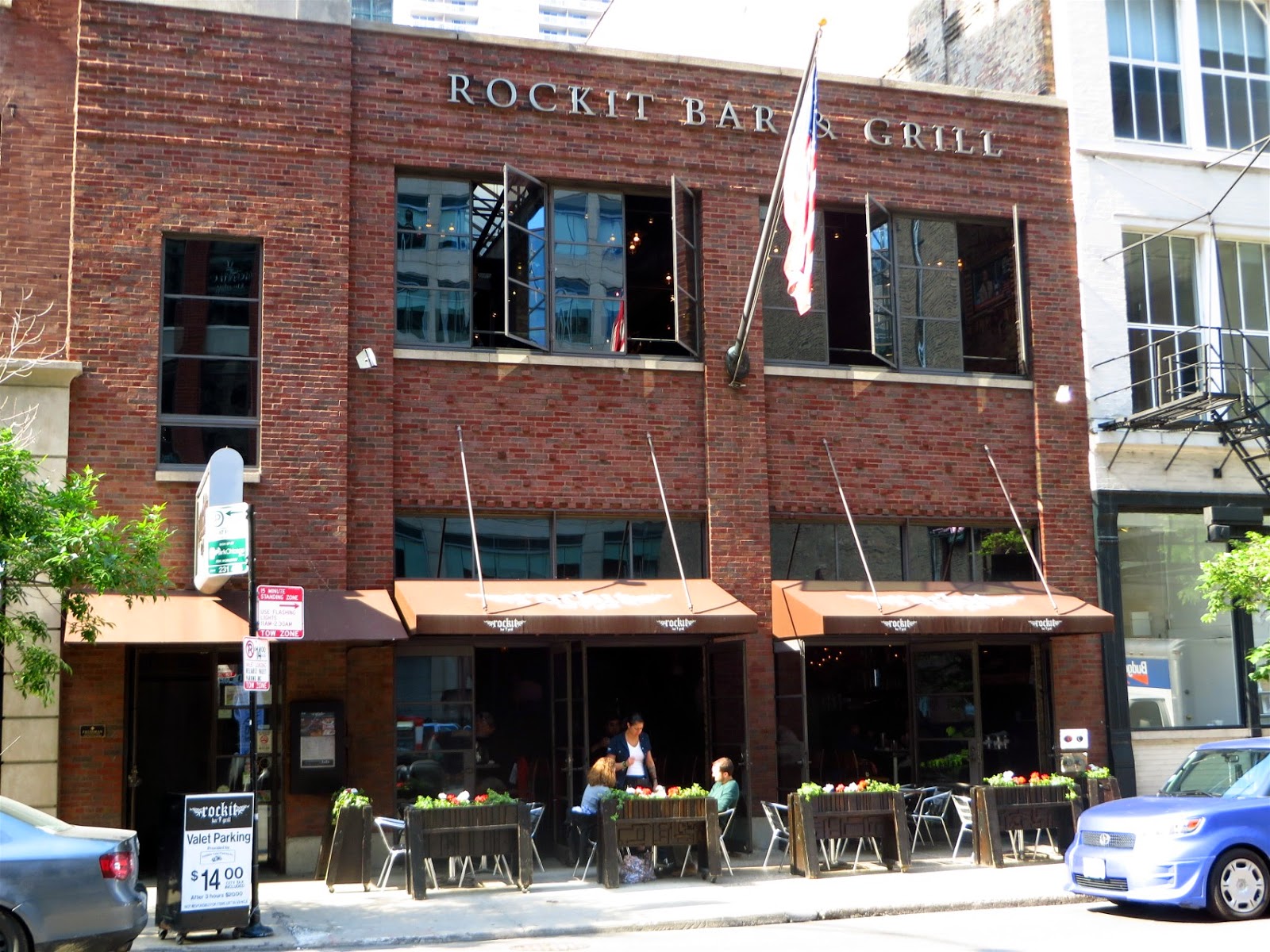 Vegans might want to look away from the next picture as I had a burger called the Farmhouse. A big black angus patty, BBQ pulled pork, fried egg, applewood smoked bacon on a nice bun. I had only about three fries with it! 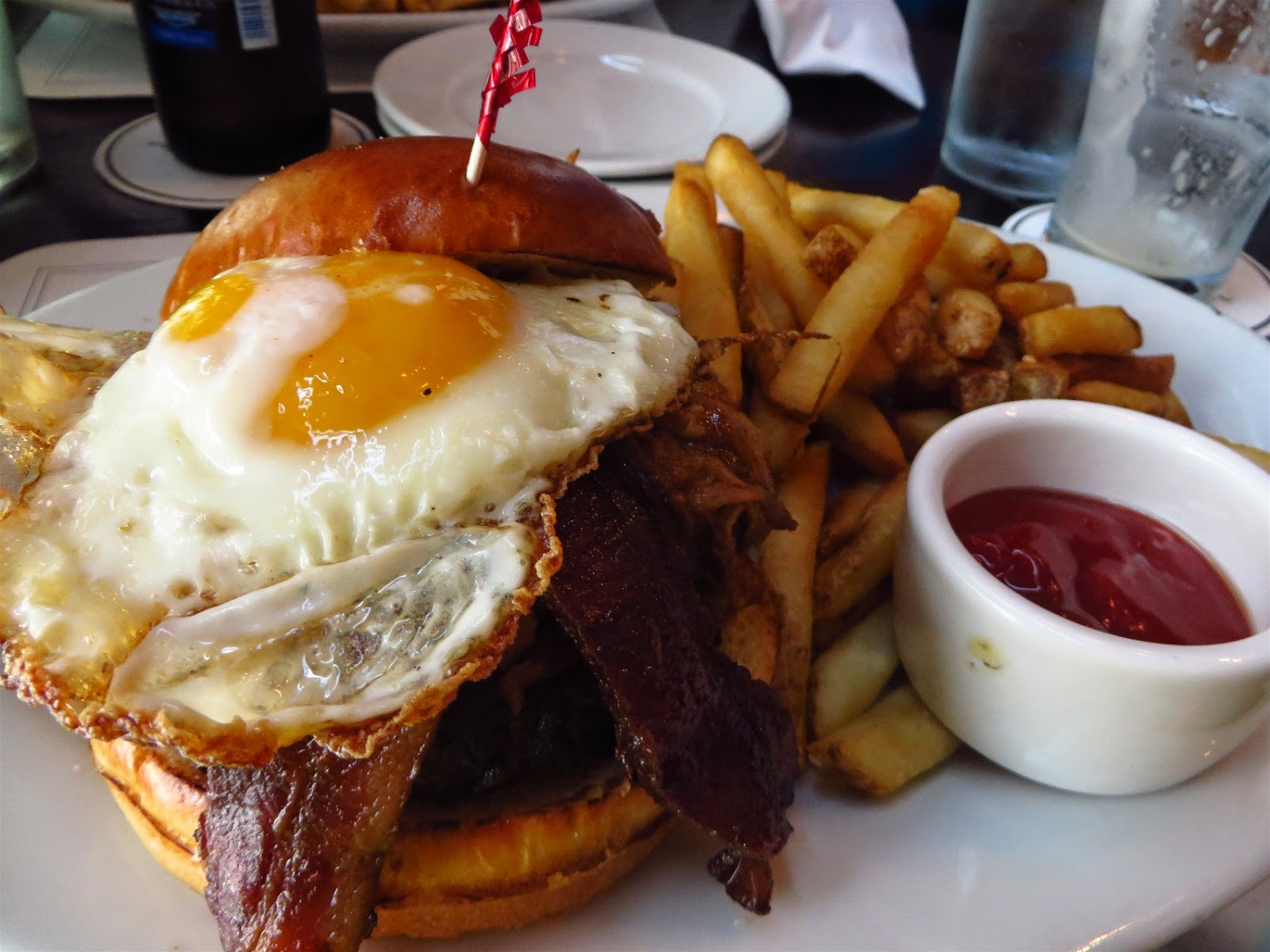 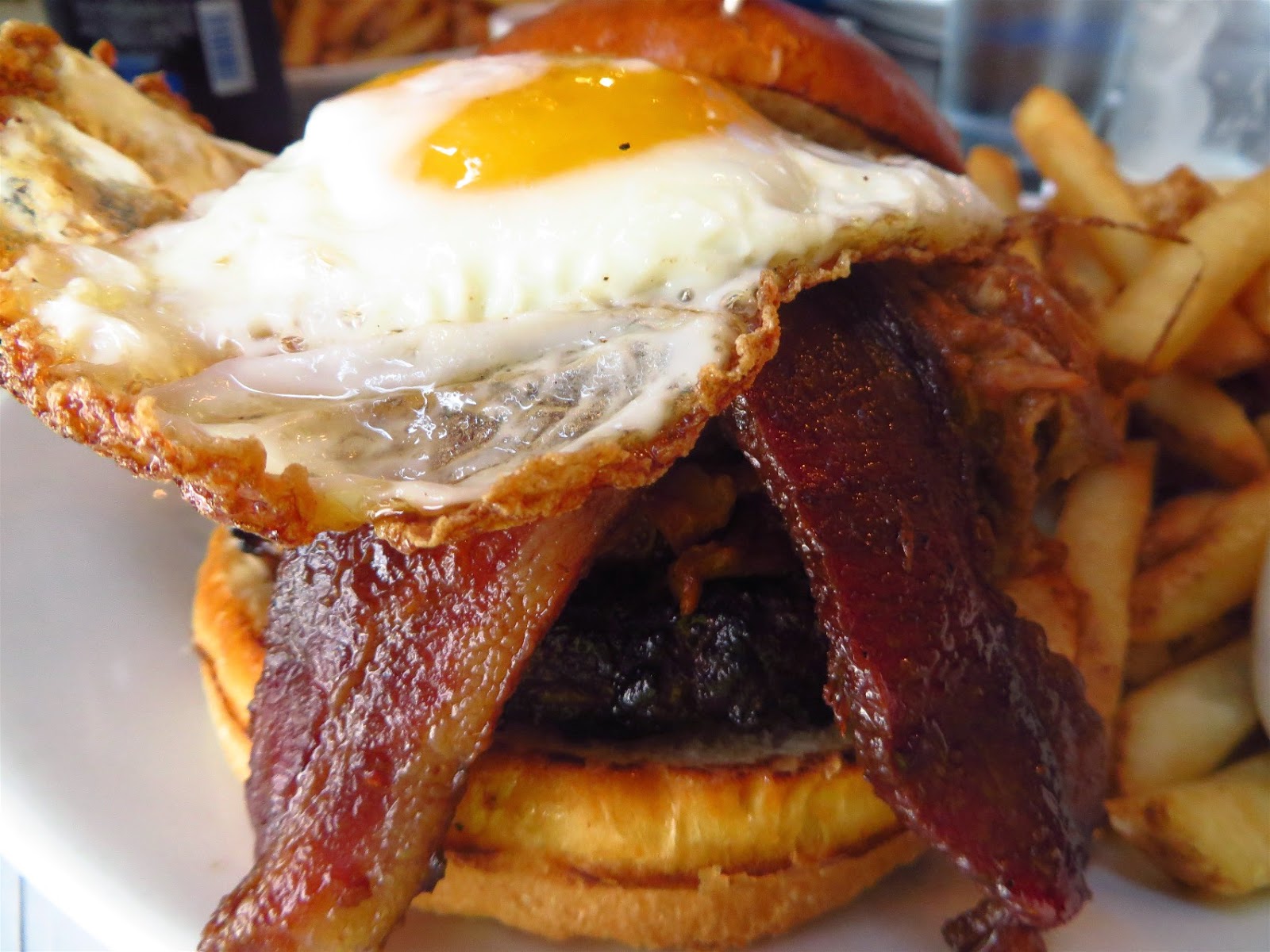 Rockit has a location in Wrigleyville which has the same filling but sandwiched between two pieces of fried Mac and Cheese. Have to do that one day!

Finally, anyone who knows me knows that I love my breakfast. I can quickly find the best breakfast spot in any city and this trip was no different. This time I did ask at the hotel desk where a good breakfast place might be and was asked back, "Do you want great, greater or greatest?"

Greatest, of course. He sent us to Yolk. 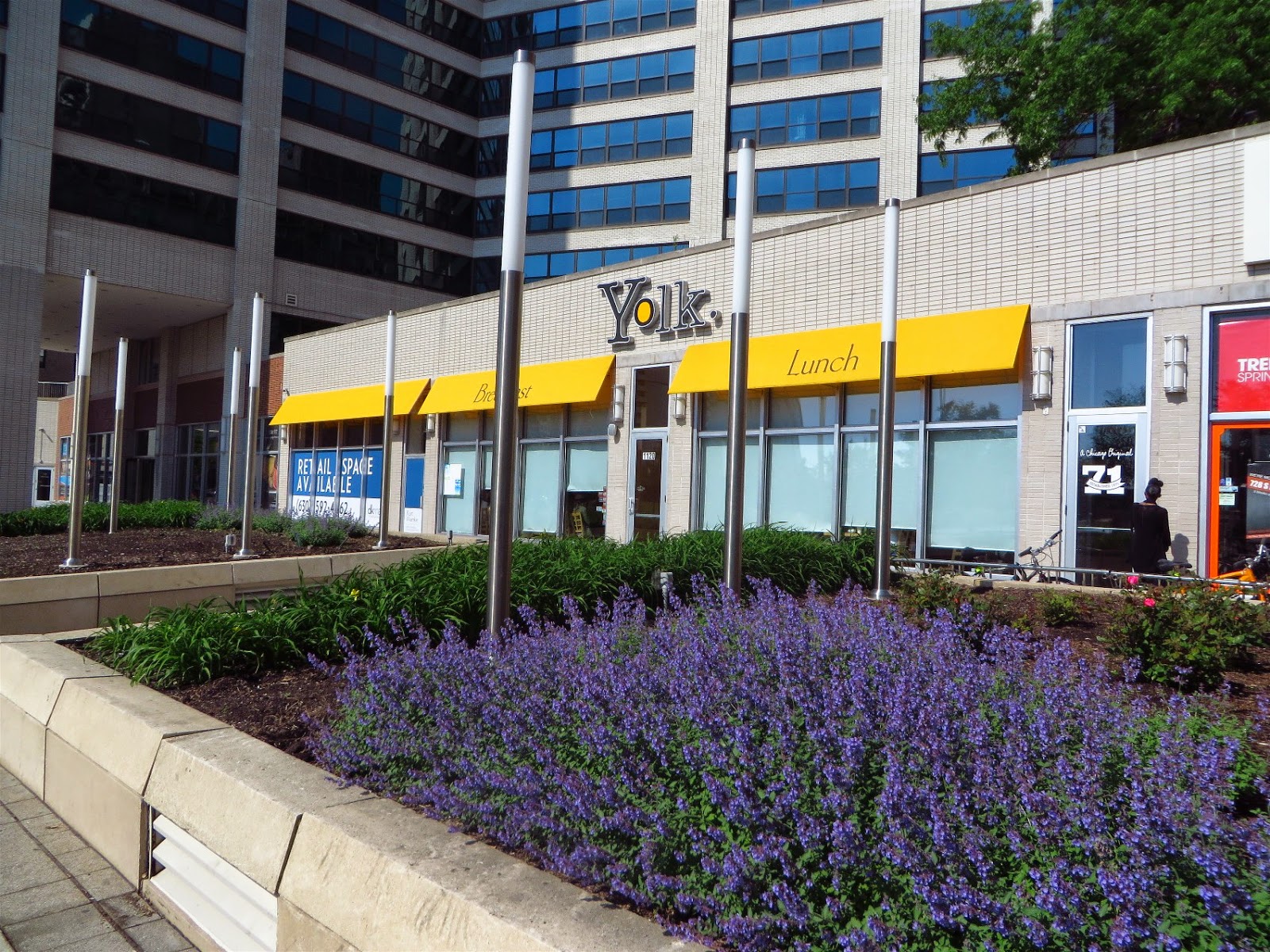 The place was jammed on Saturday morning with a twenty minute wait but much better when the picture above was taken on Monday morning. 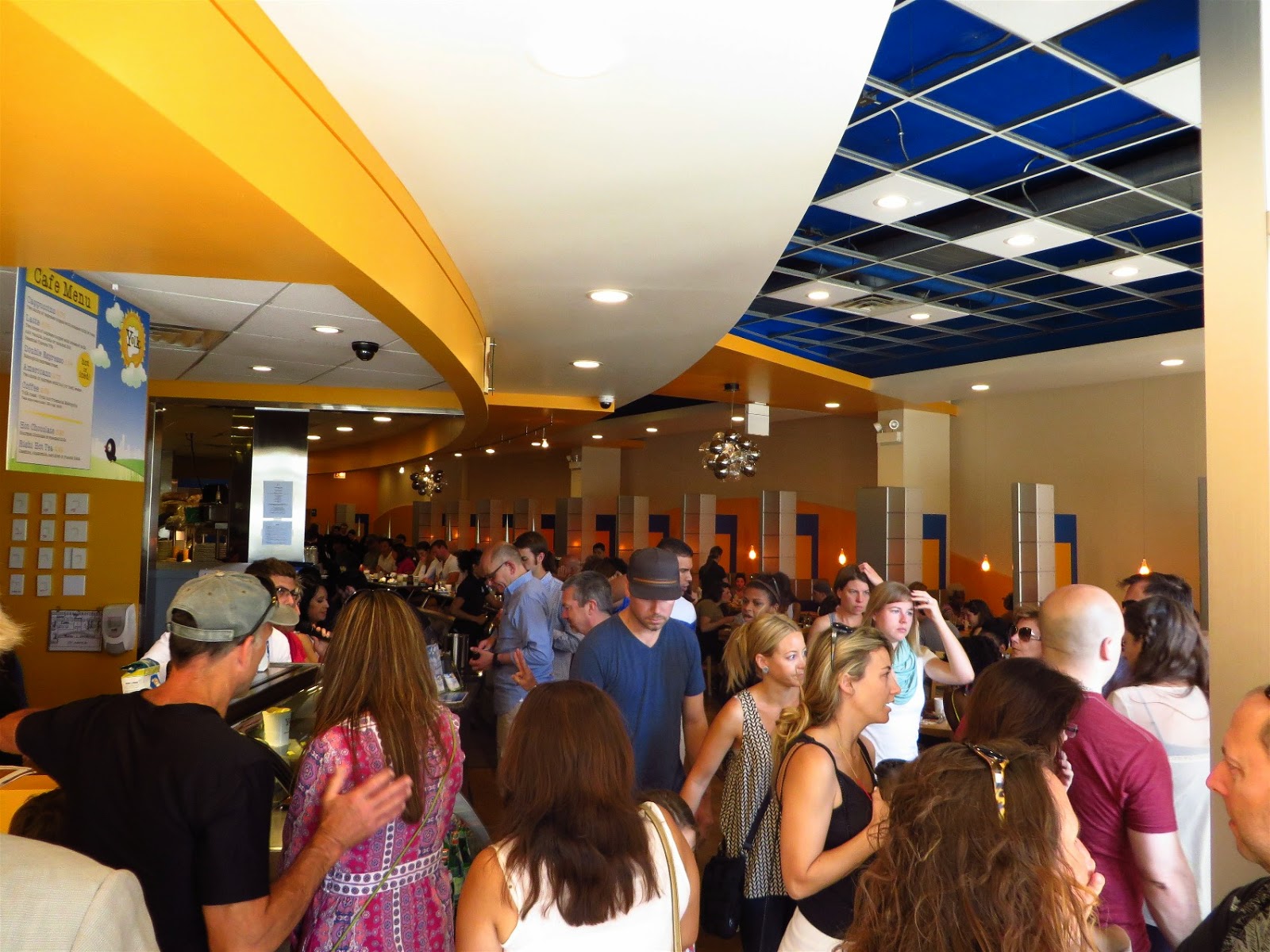 This is weird. You can get two egg dishes or five egg omelets. I'm not usually a fan of omelets but was hungry so ordered an omelet called The Works, complete with five eggs, bacon, sausage, ham, mushrooms, onions and tomatoes, topped with jack & cheddar cheeses. 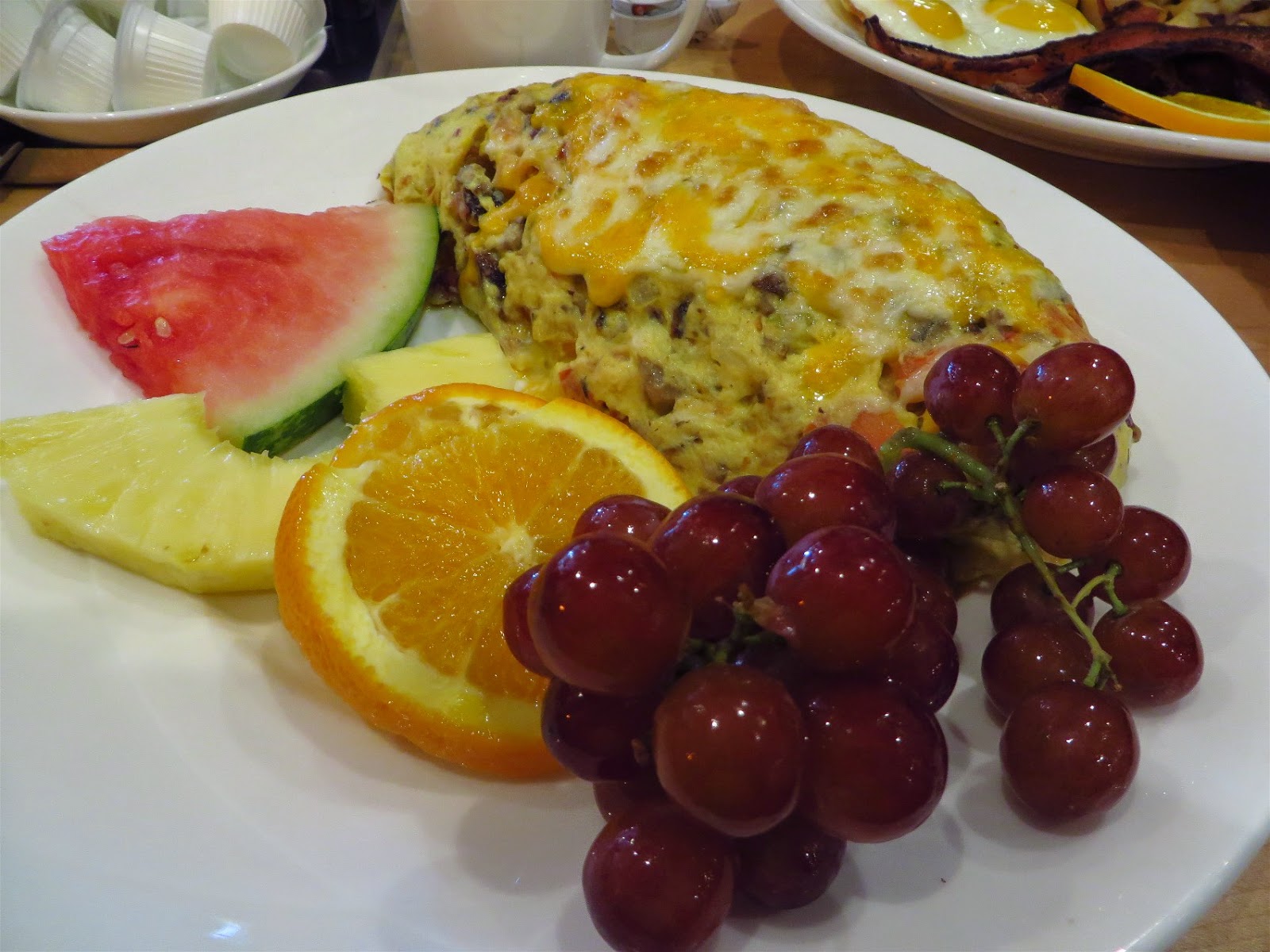 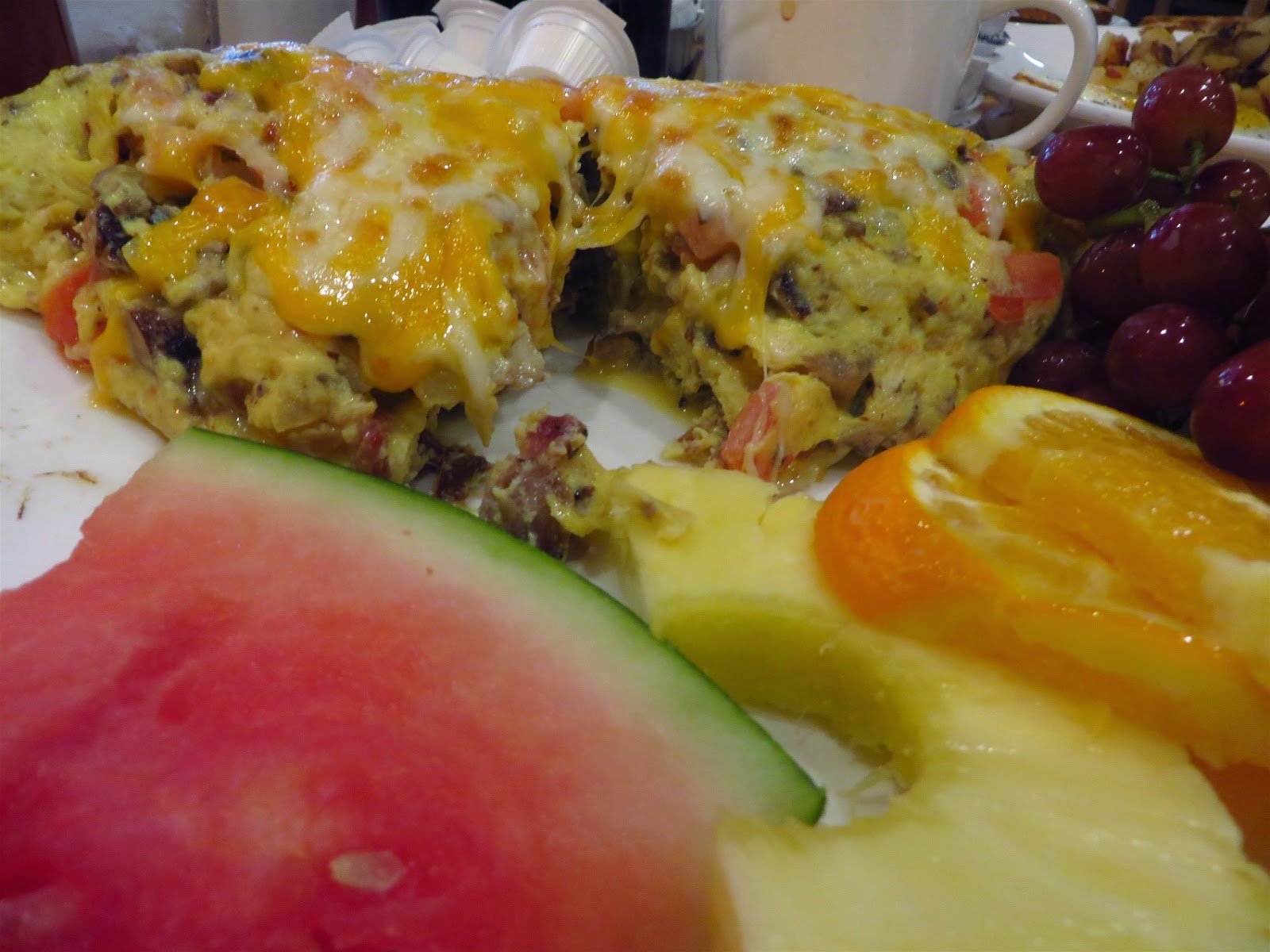 In fact, although I love breakfast, I have never had one so good that it was my favorite meal of the weekend. This meal was. I had it both times but could not finish it all on Monday.

We ate a couple of times in the stadium and a couple of other spots but these were my favorites and I would highly recommend them.
Posted by Swordsman at 22:41