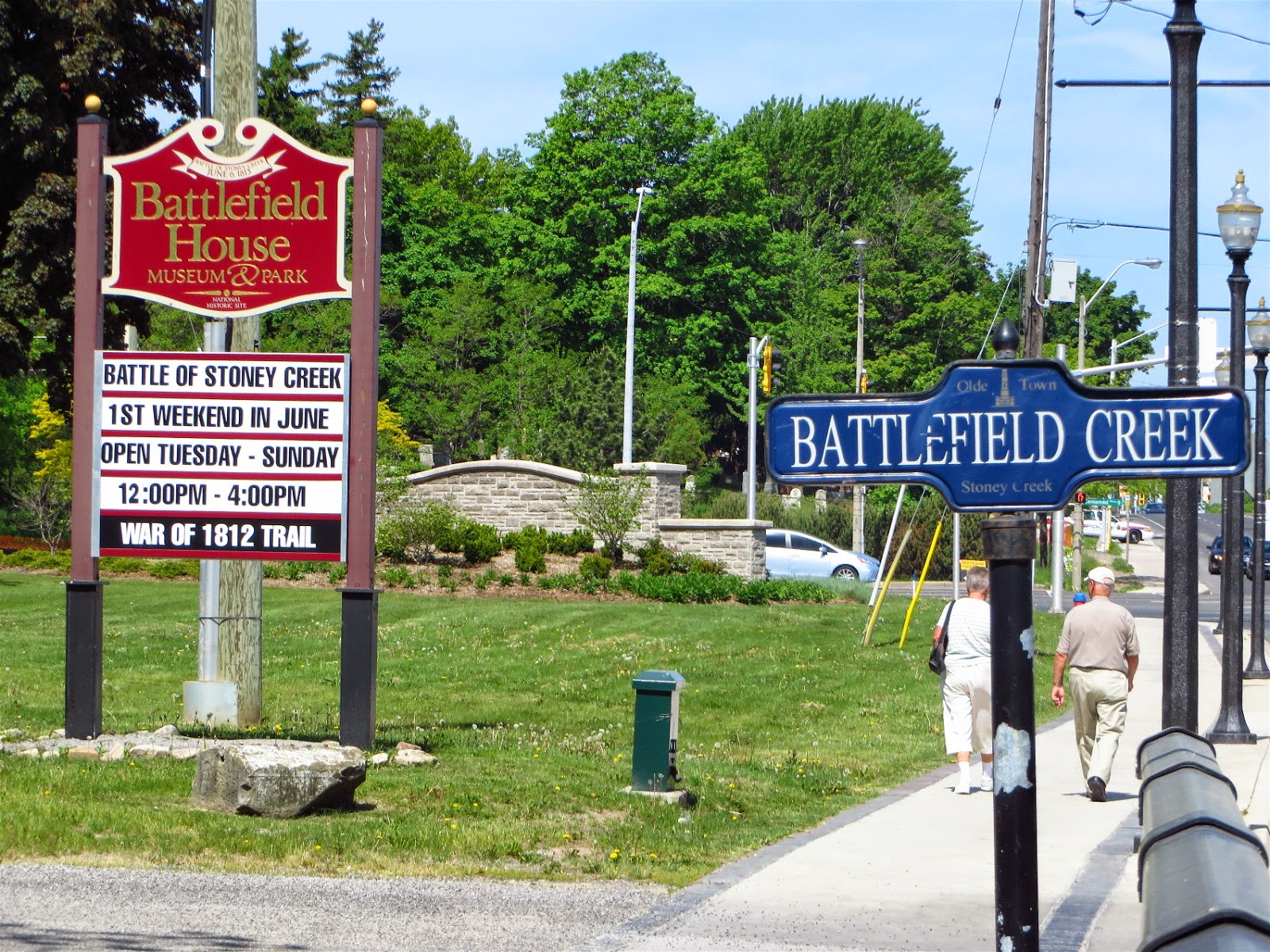 In the dark of night in the early morning of June 6, 1812, seven hundred desperate British forces snuck up on an encamped American army of over three thousand men that were pursuing them and defeated them in a battle now known as The Battle of Stoney Creek. Thankfully the battlefield has been preserved for future generations to enjoy. 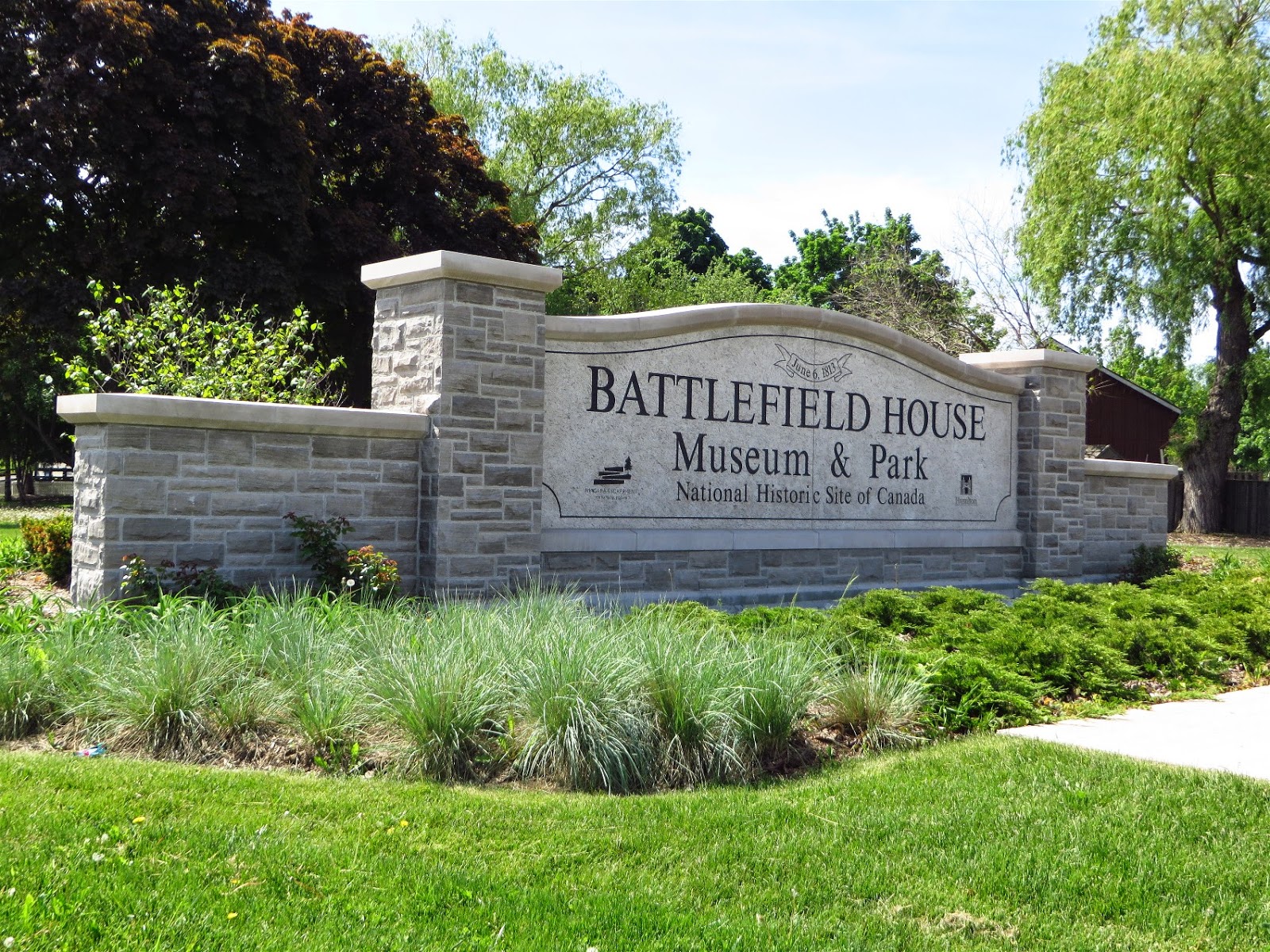 The 32 acre park is beautiful. On the land sits a two story house with serves as the museum, but once once owed by the Gage family. The house was built back in the late 1700s and when the American troops made camp around it, the generals took it over for their own use. 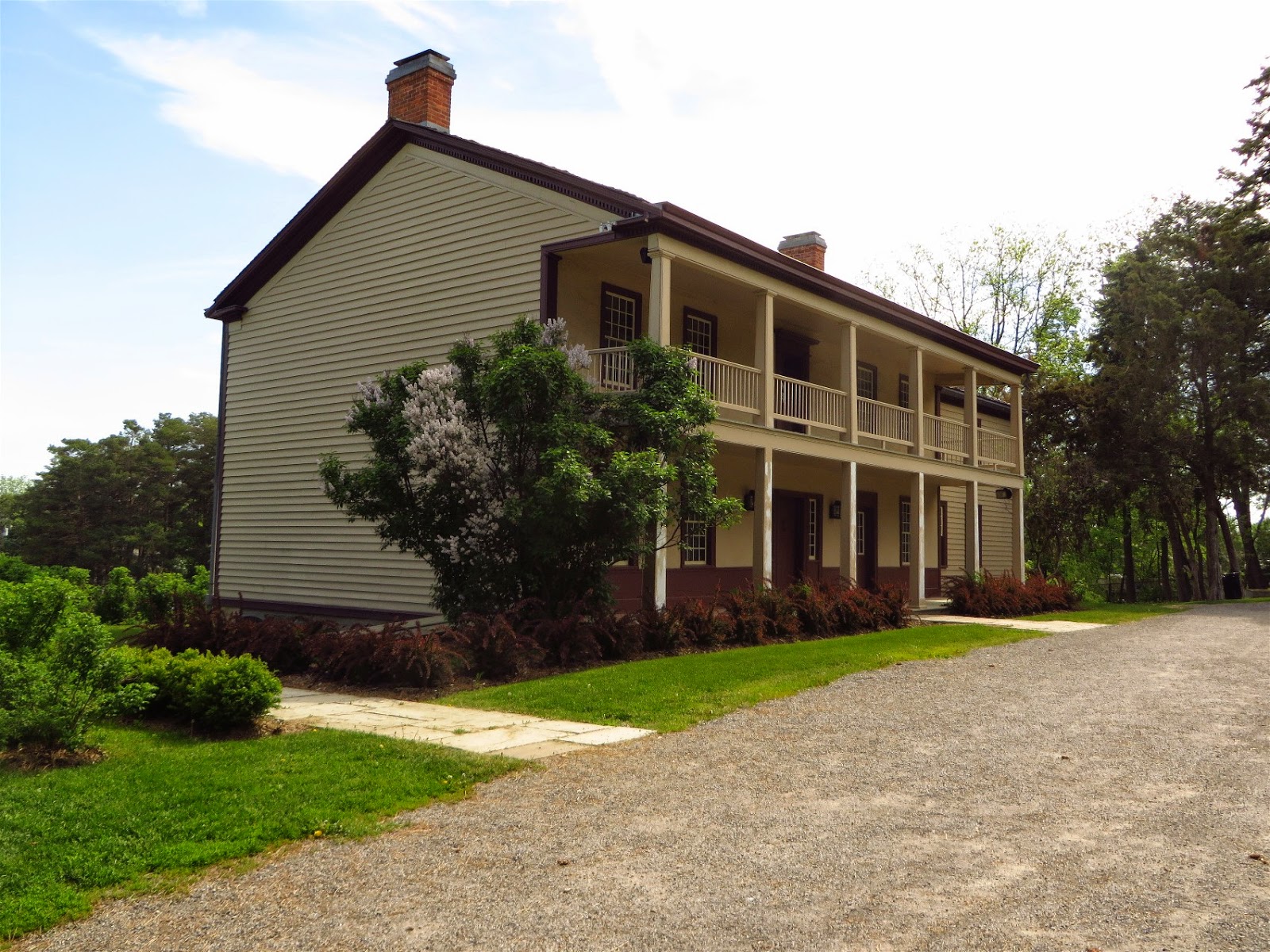 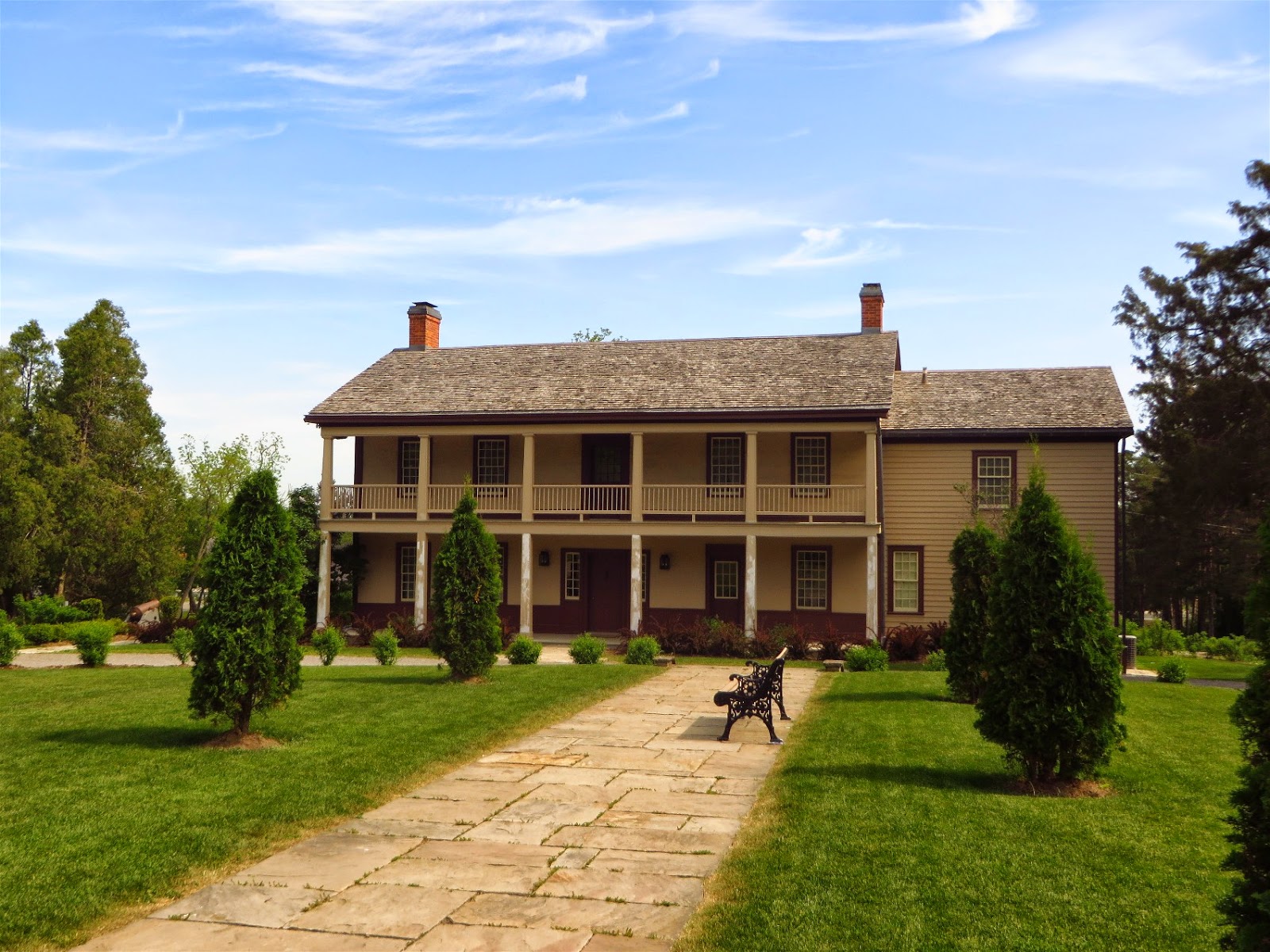 Although much of the battle was fought around the house, the heaviest fighting occurred behind the house, down towards the road where the Americans had their cannon placed. This plaque and cannon overlook that area. 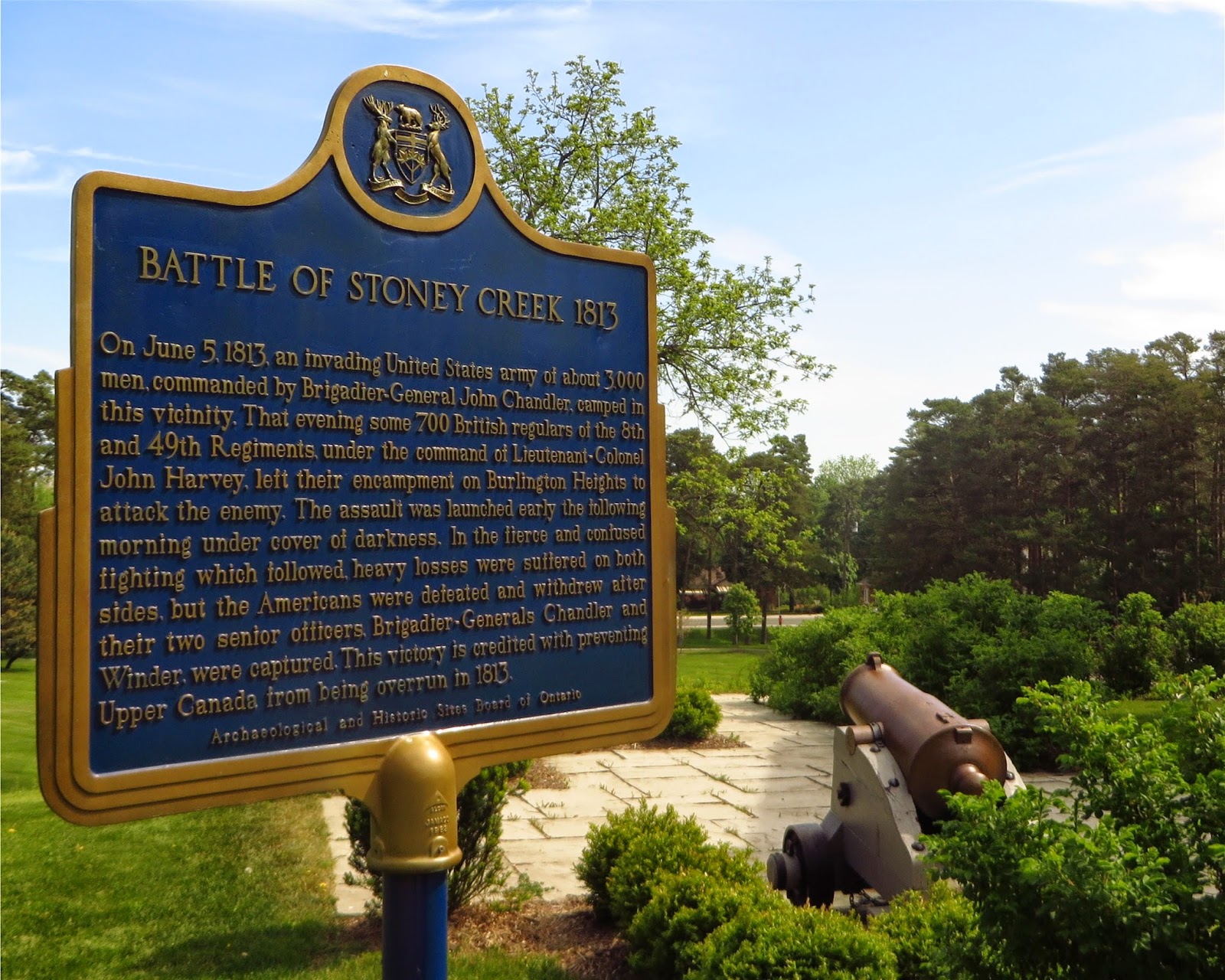 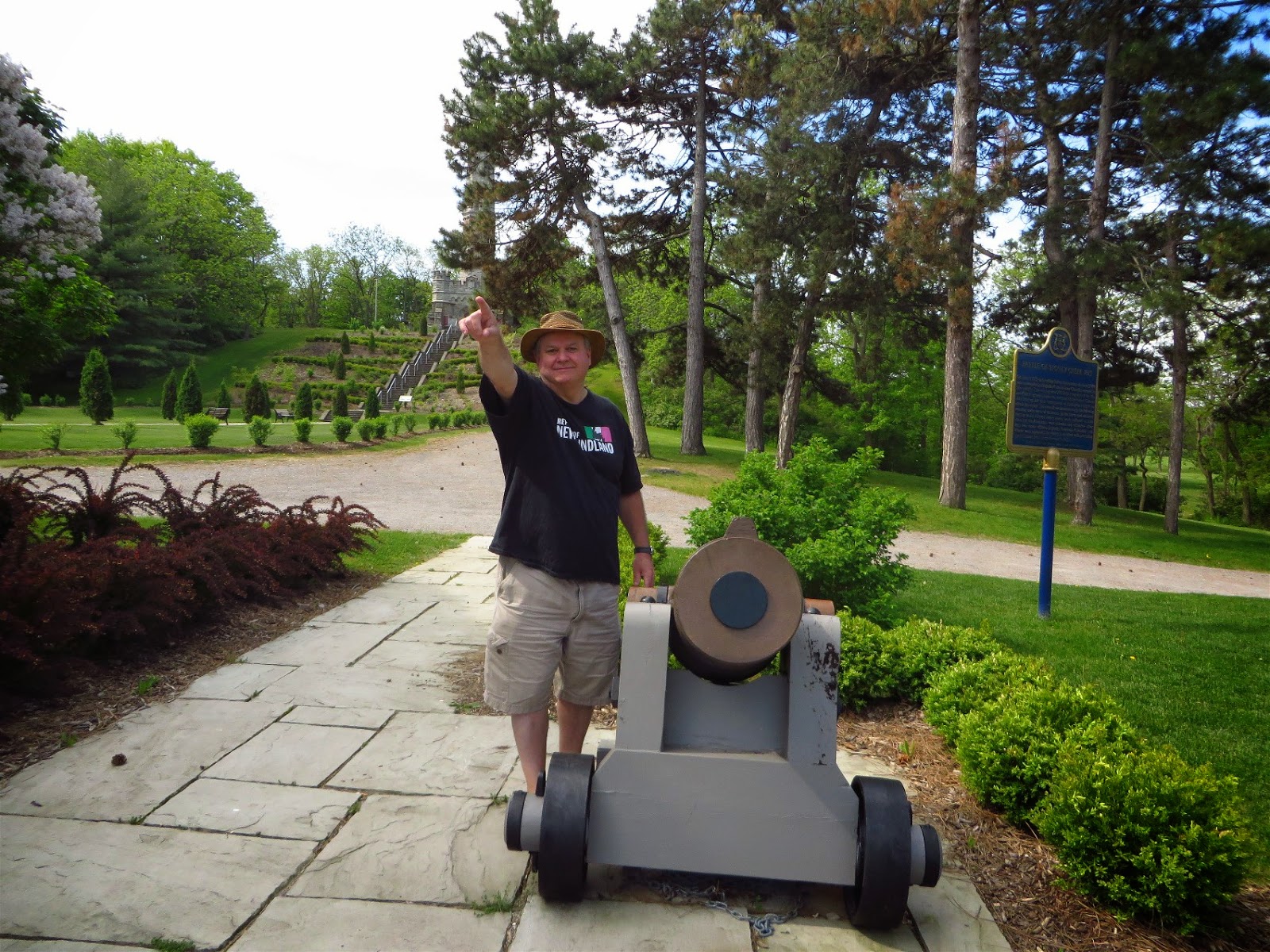 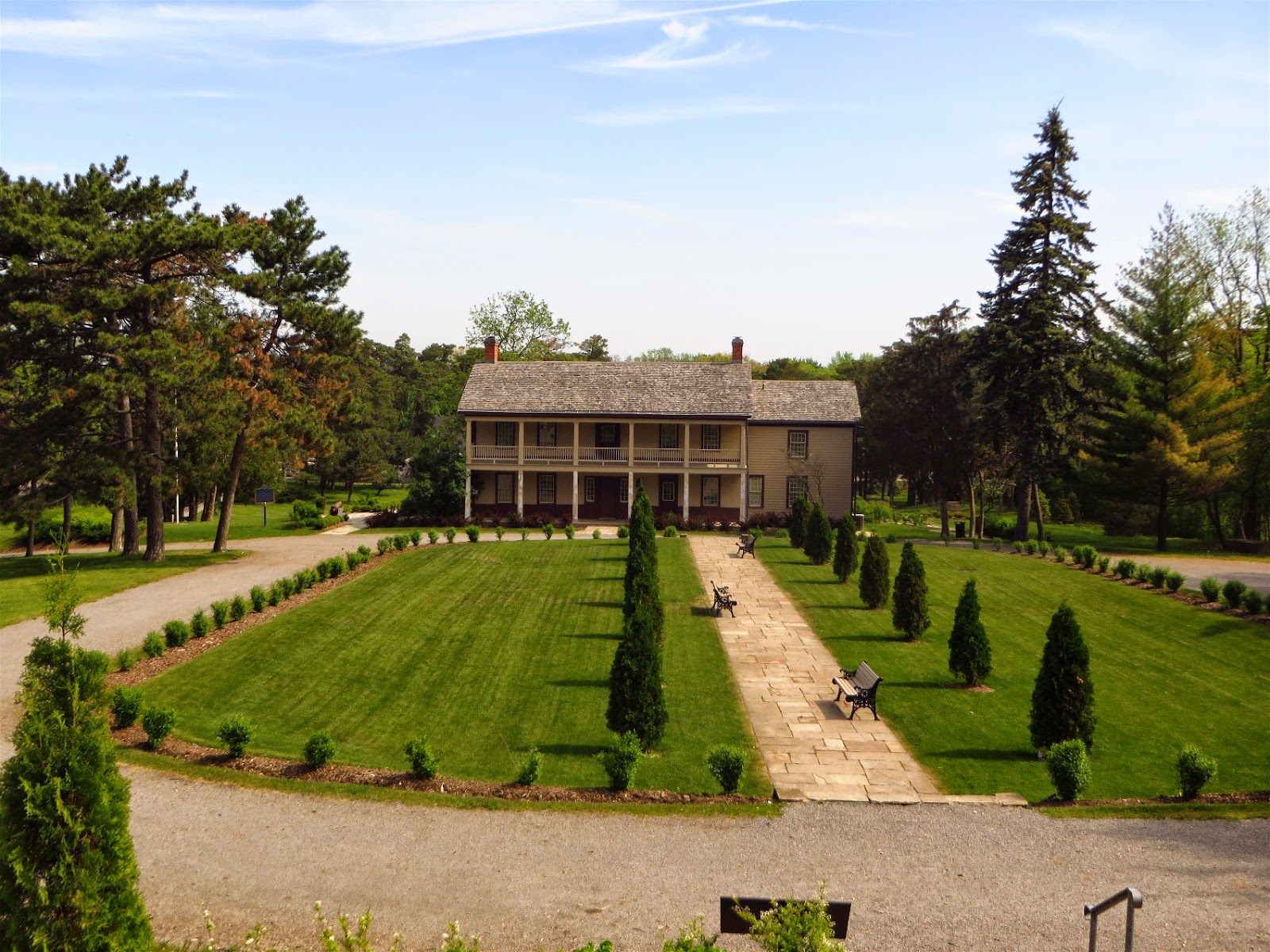 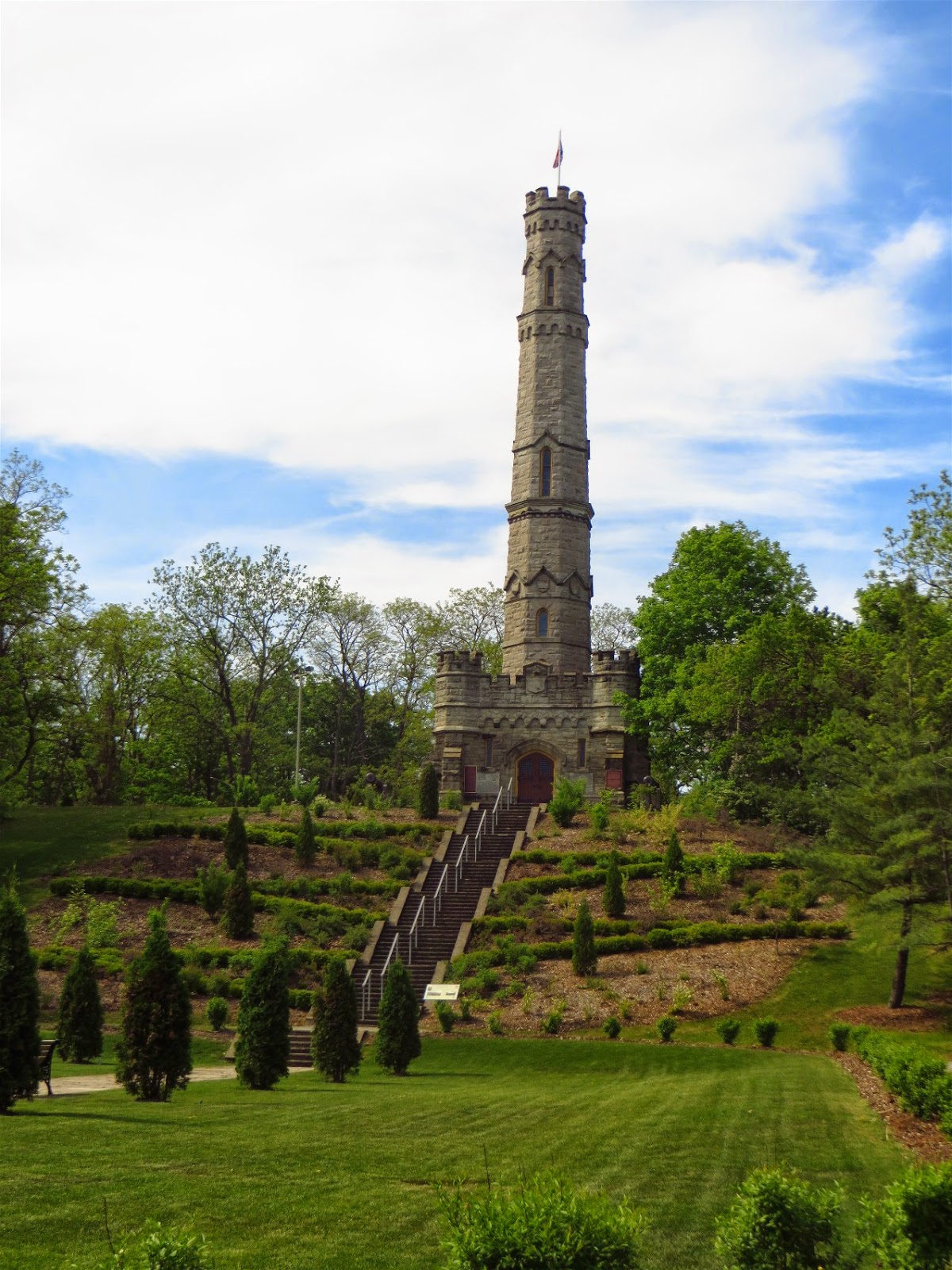 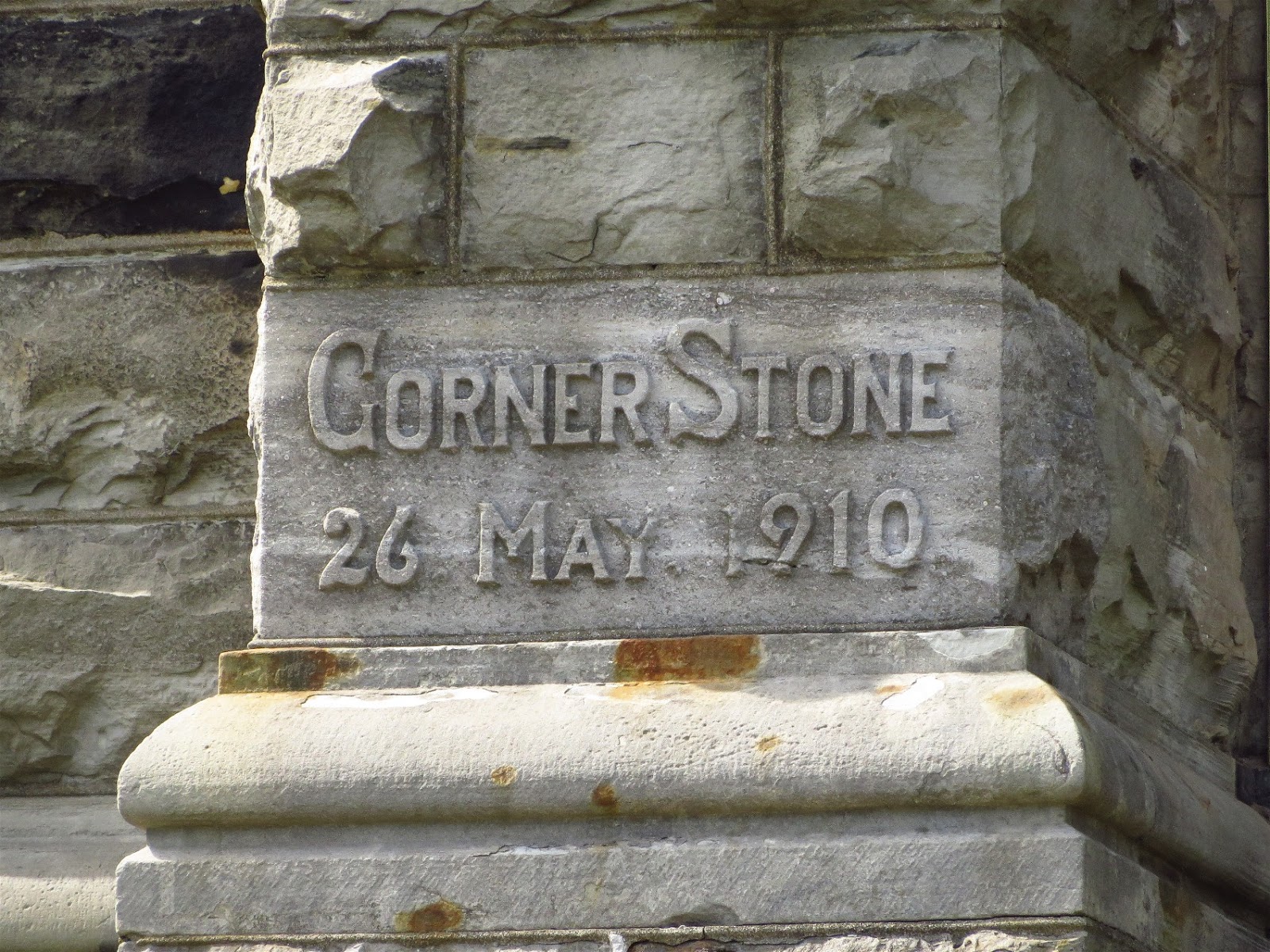 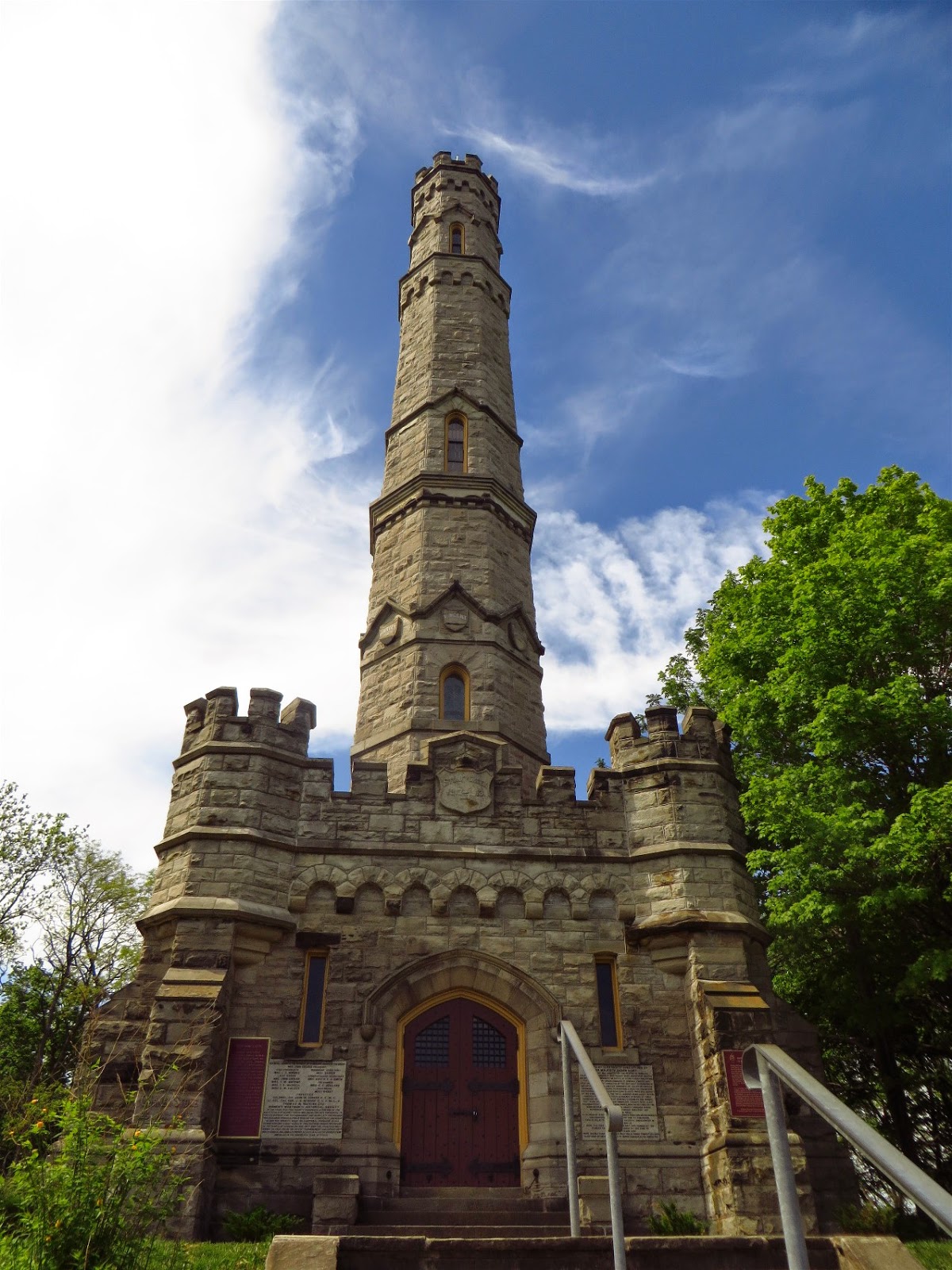 The preservation of the park and the building of the monument may not have happened if it were not for the hard work and dedication of Sara Galbraith Calder, who helped purchase the house and land for the Women's Wentworth Historical Society by taking out a mortgage on the property and then helping the society to raise funds to pay it off and buy more land. It is an interesting story. A sign down by the grounds and plaque on the south side of the memorial commemorate her efforts. 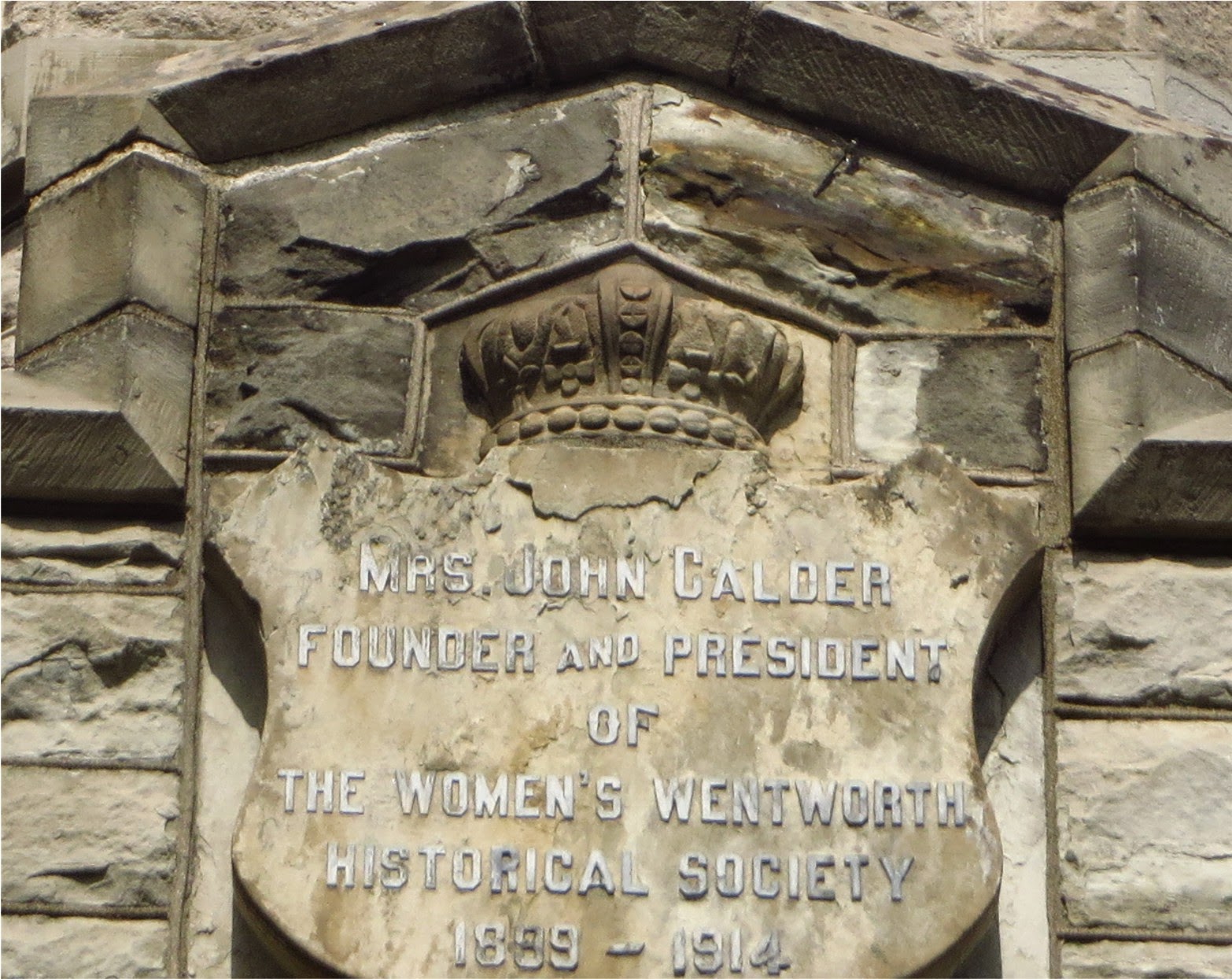 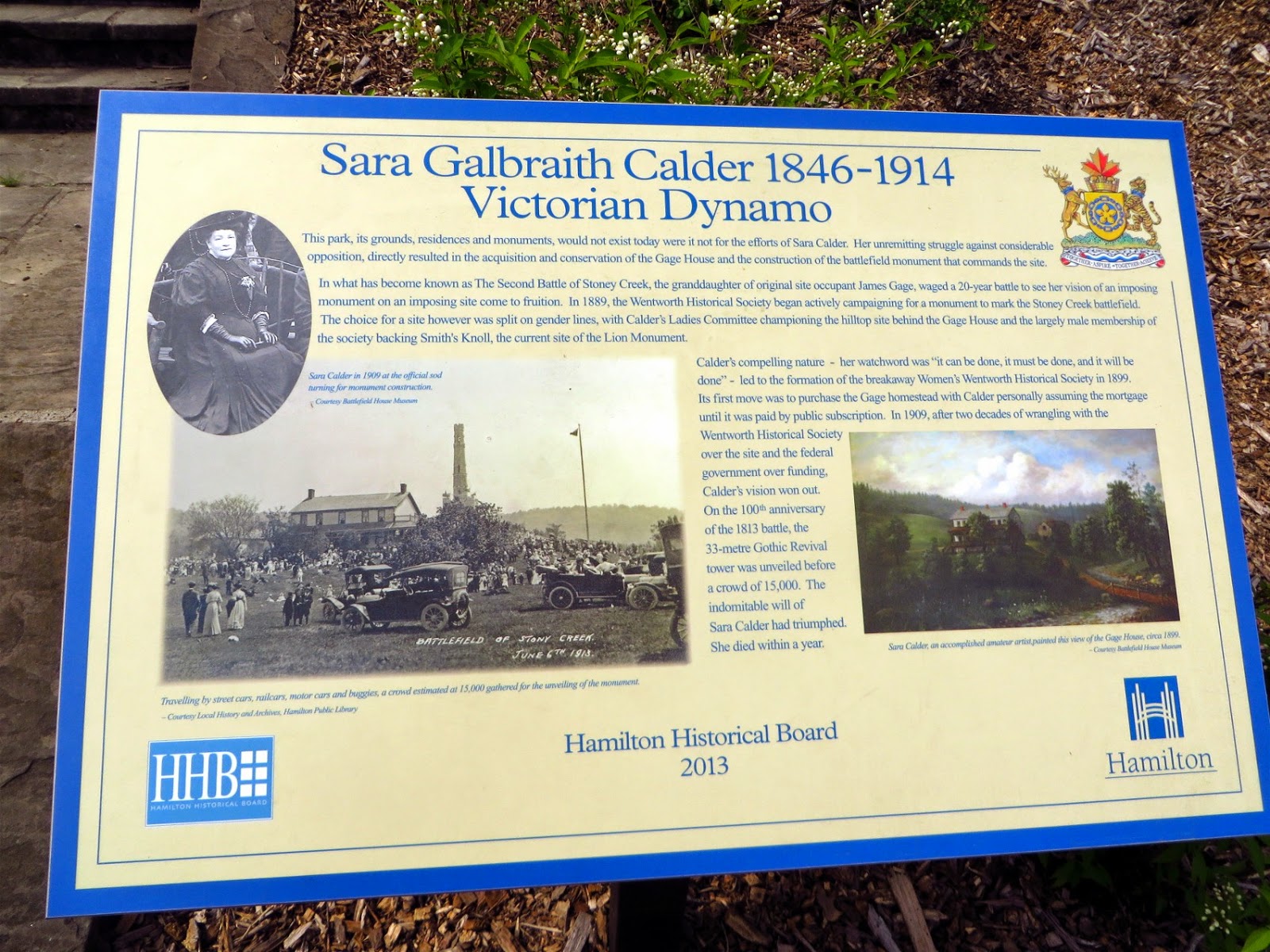 There are cannon placed in front of the monument for decoration. 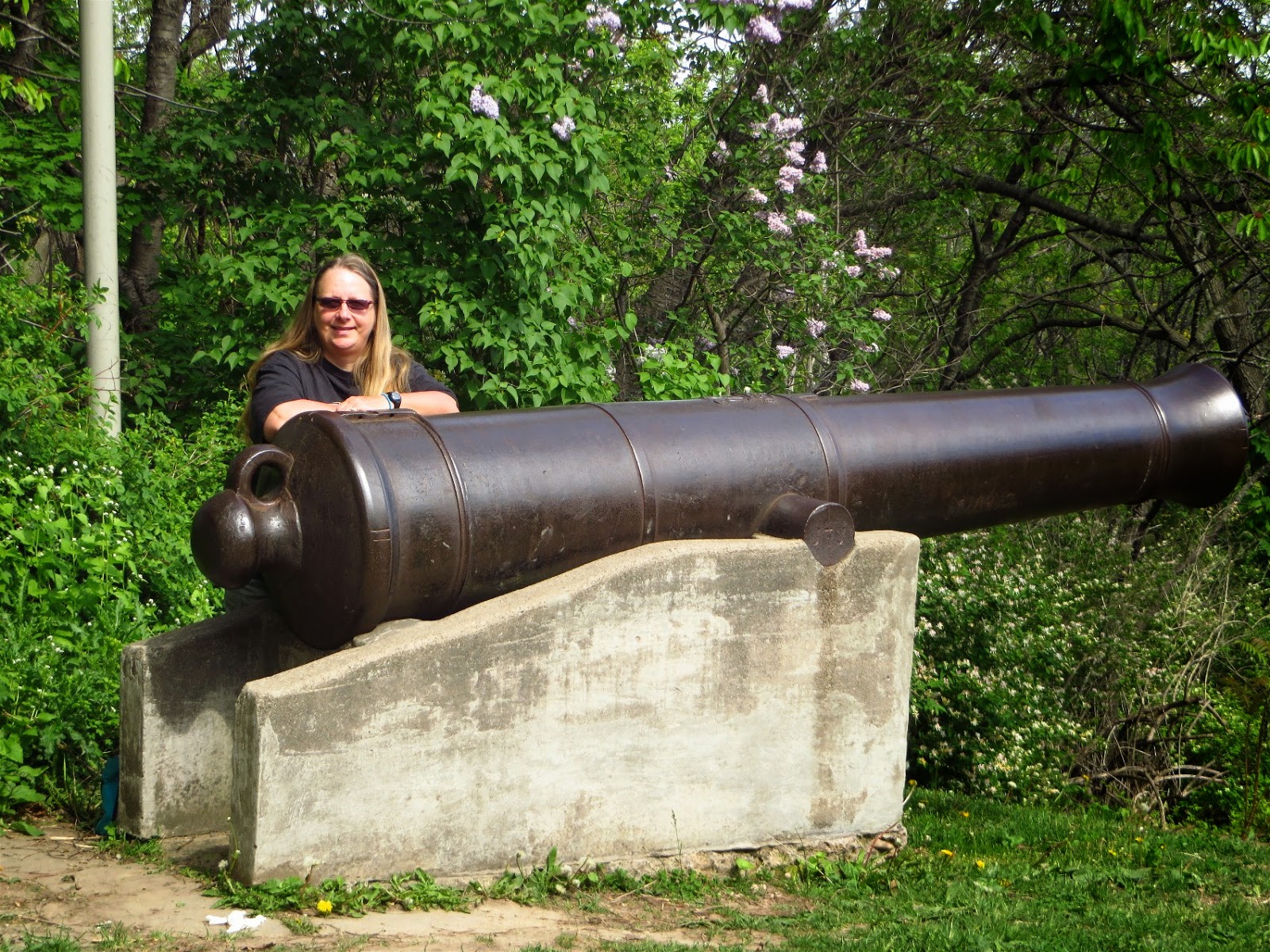 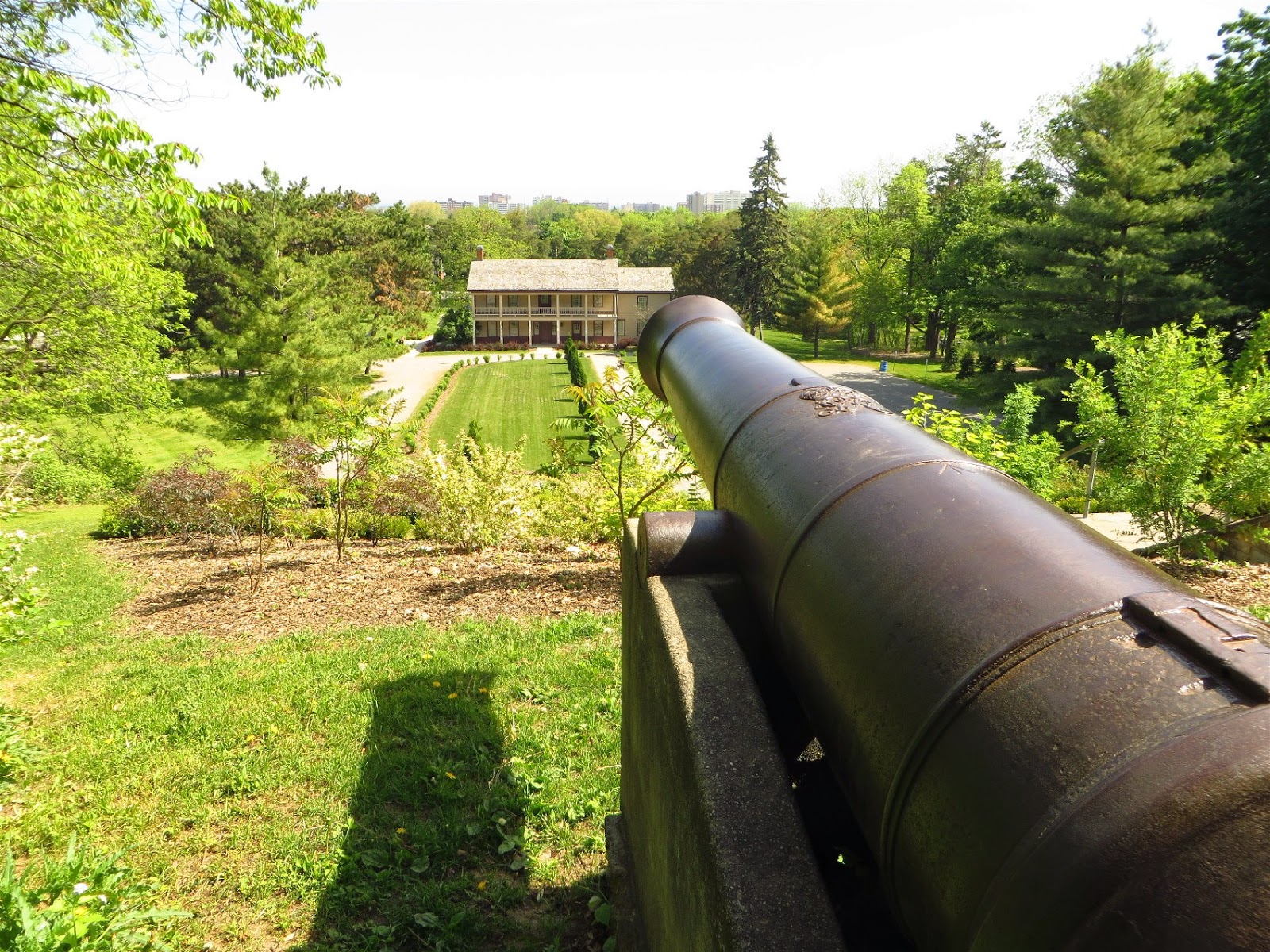 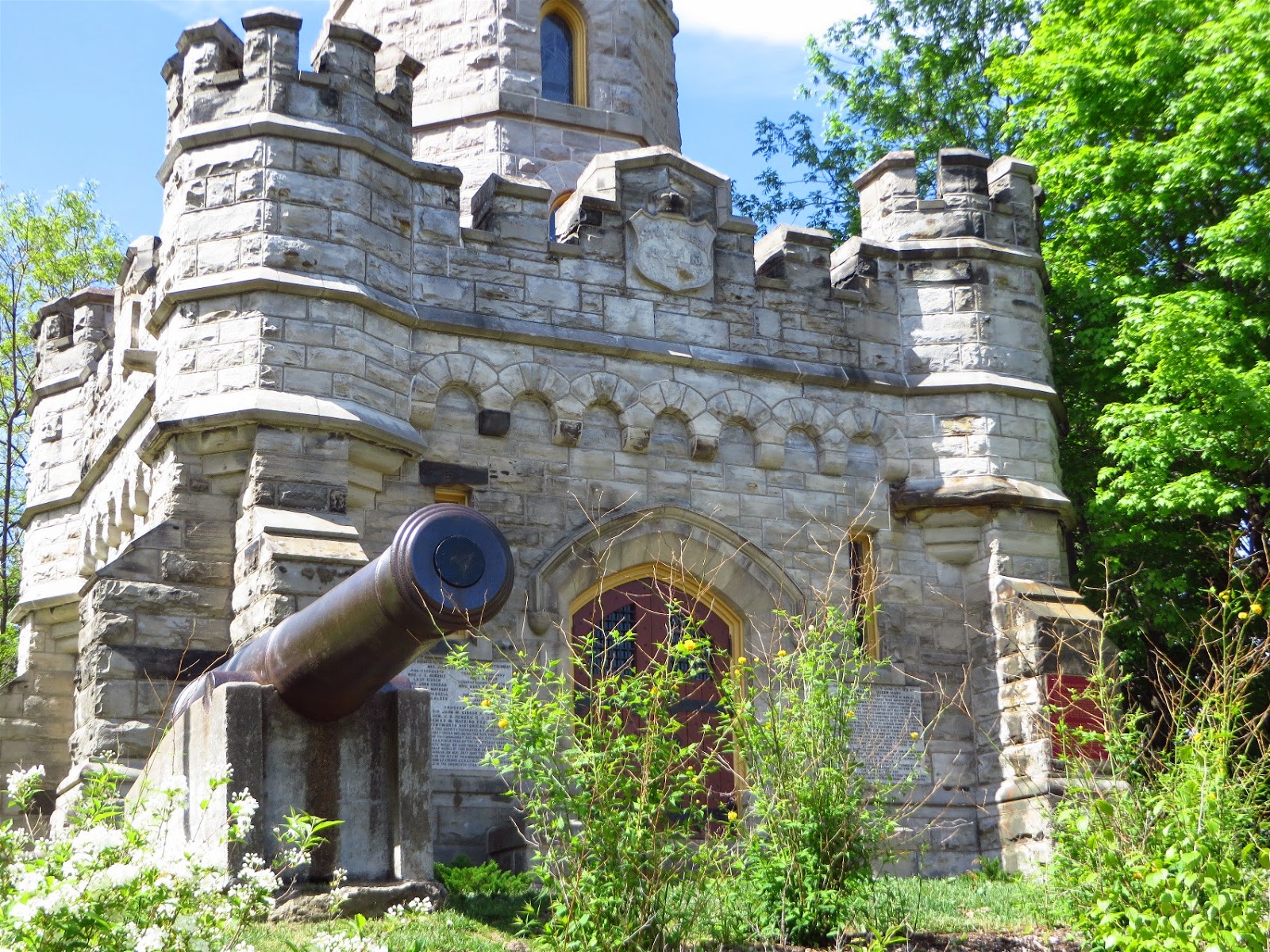 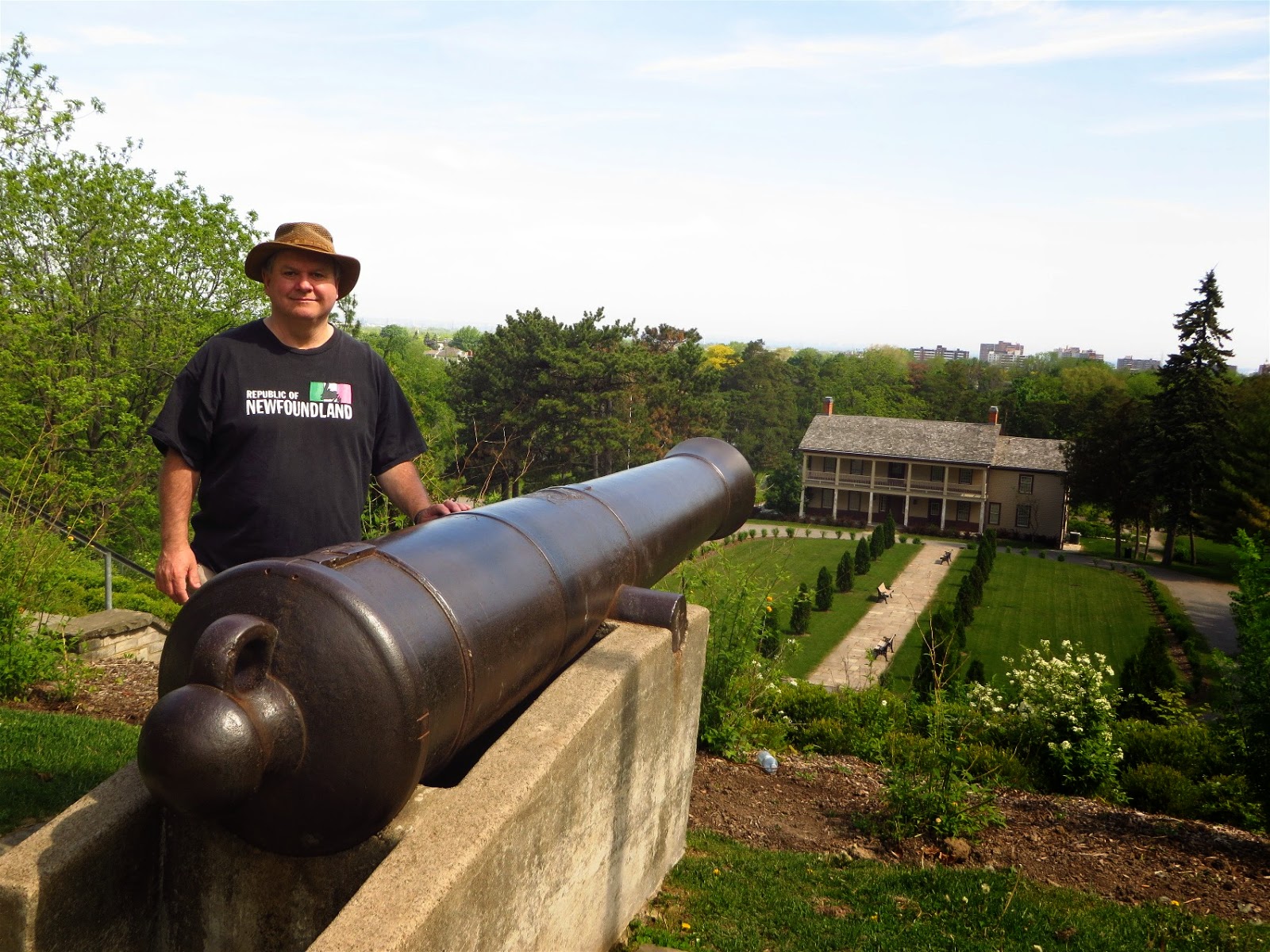 Here is the south side of the monument and signs that were engraved in front by the door. 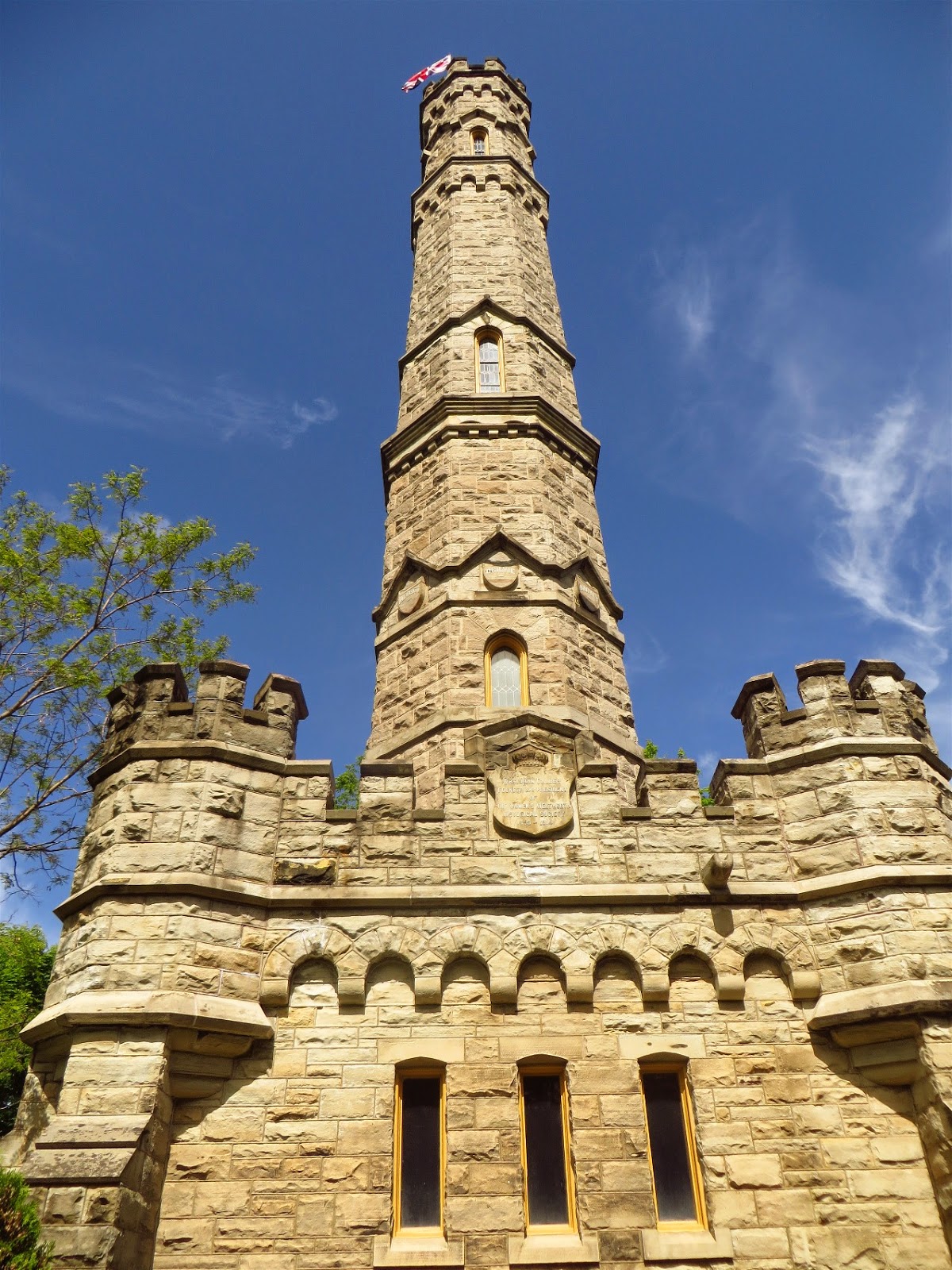 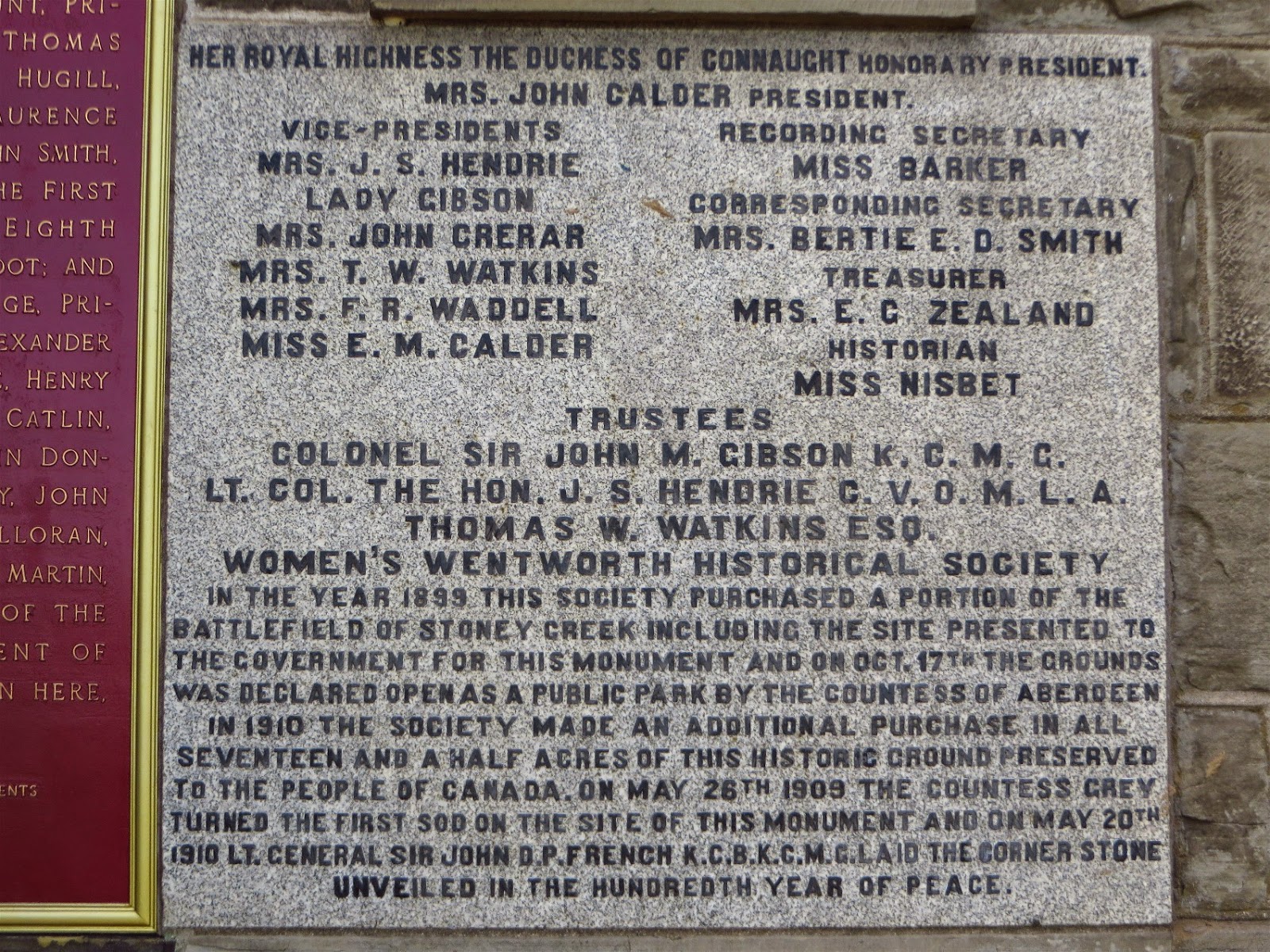 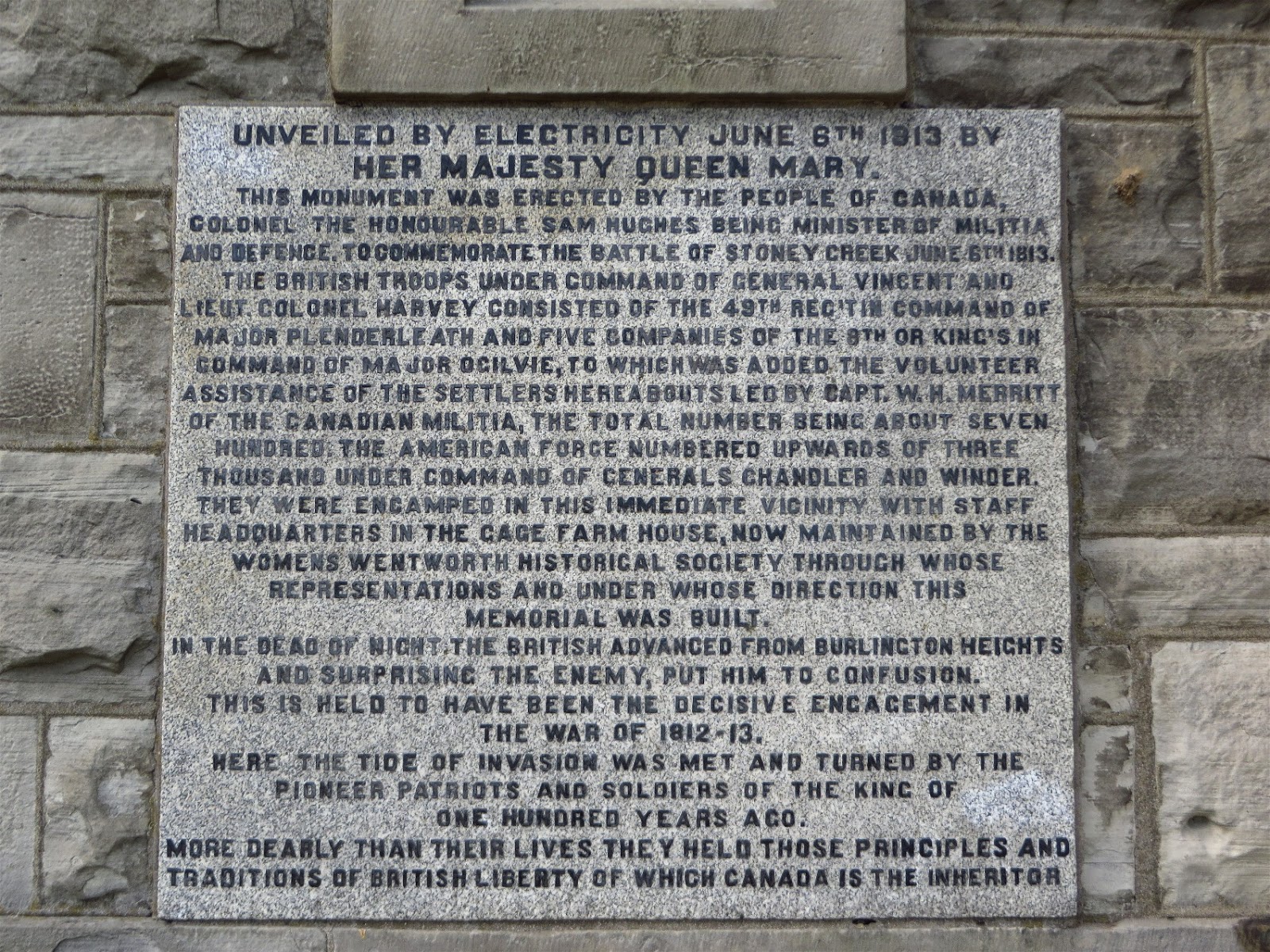 The monument also has plaques to honour Lieutenant Colonel John Harvey and Brigadier General John Vincent, who authorized and planned the attack. 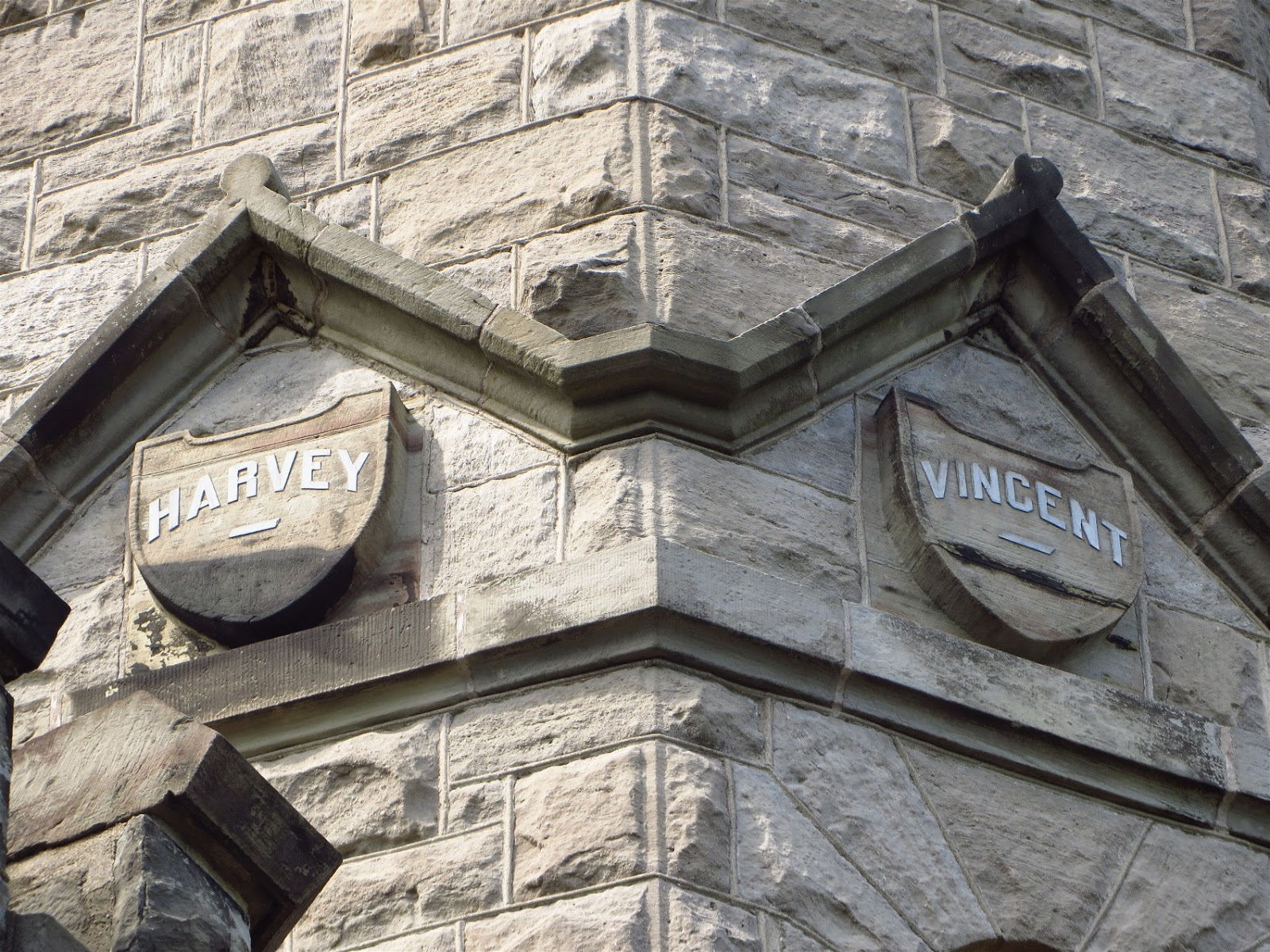 Sara Calder painted this picture of the Gage house in the late 1800s. This is how it looks today. 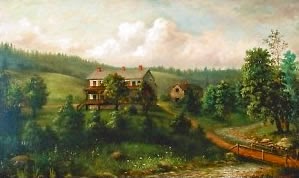 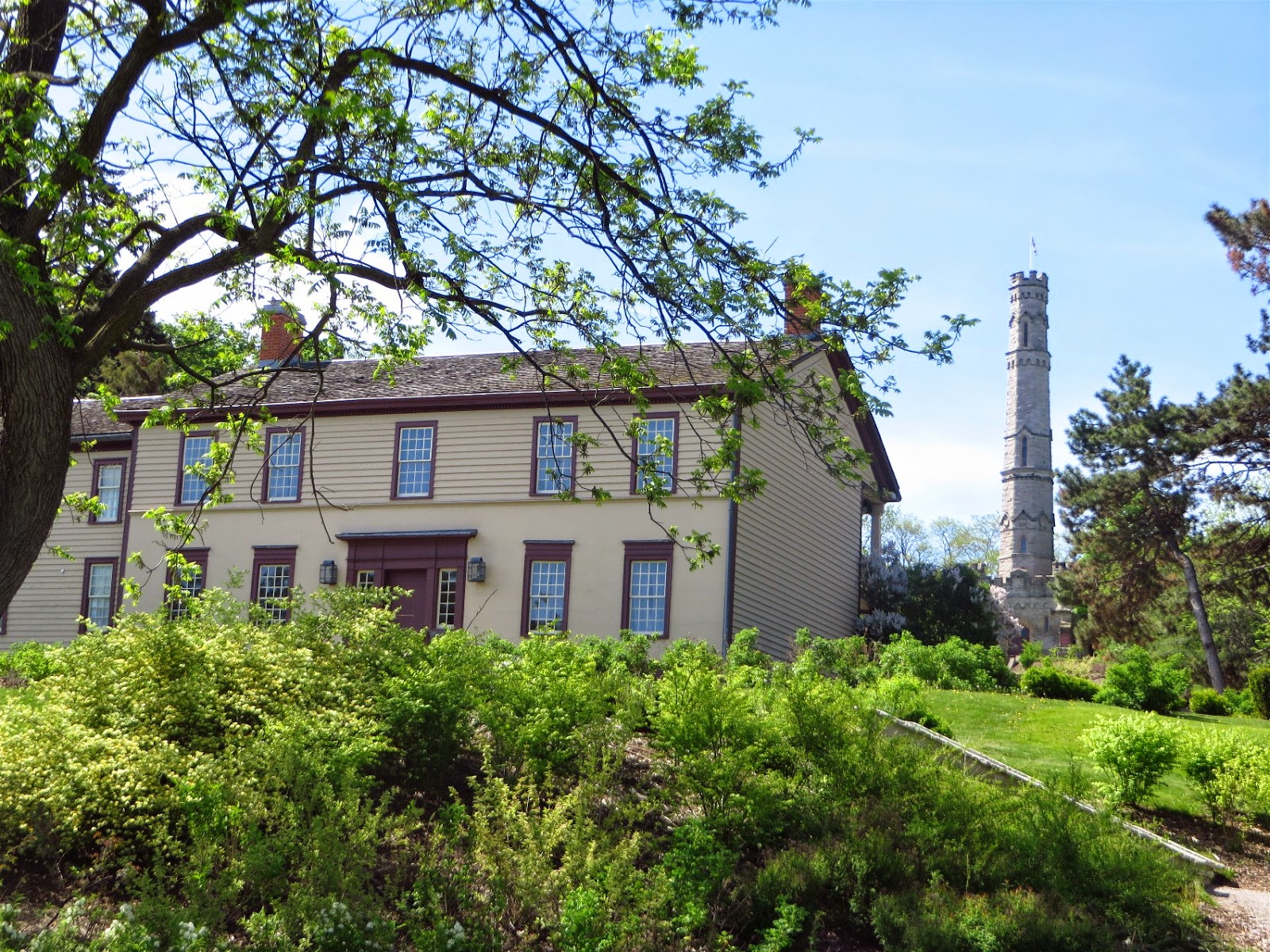 A memorial to the Native peoples who fought alongside the British. I think it's great that we are finally remembering their efforts. 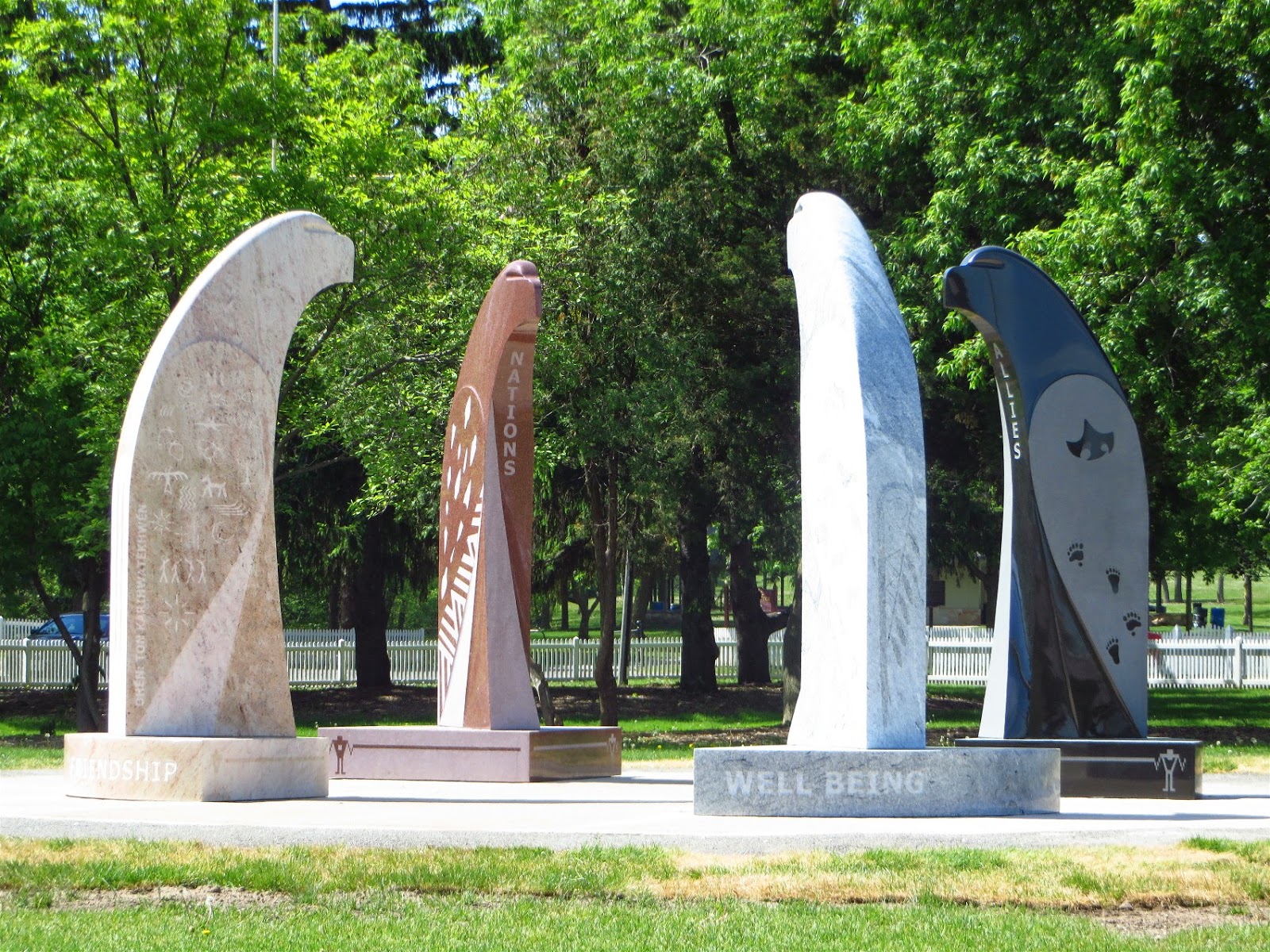 Next week is the reenactment of the battle. I'm away so have to miss it yet again. Here workers are getting the barriers up in the battlefield fro the spectators. It's a big event and I hope Teena and I can attend next year! It's such a nice place. Hard to believe that just over 200 years ago, a vicious desperate battle was waged on these grounds and that many brave soldiers on both sides died so the Union Jack could still fly. 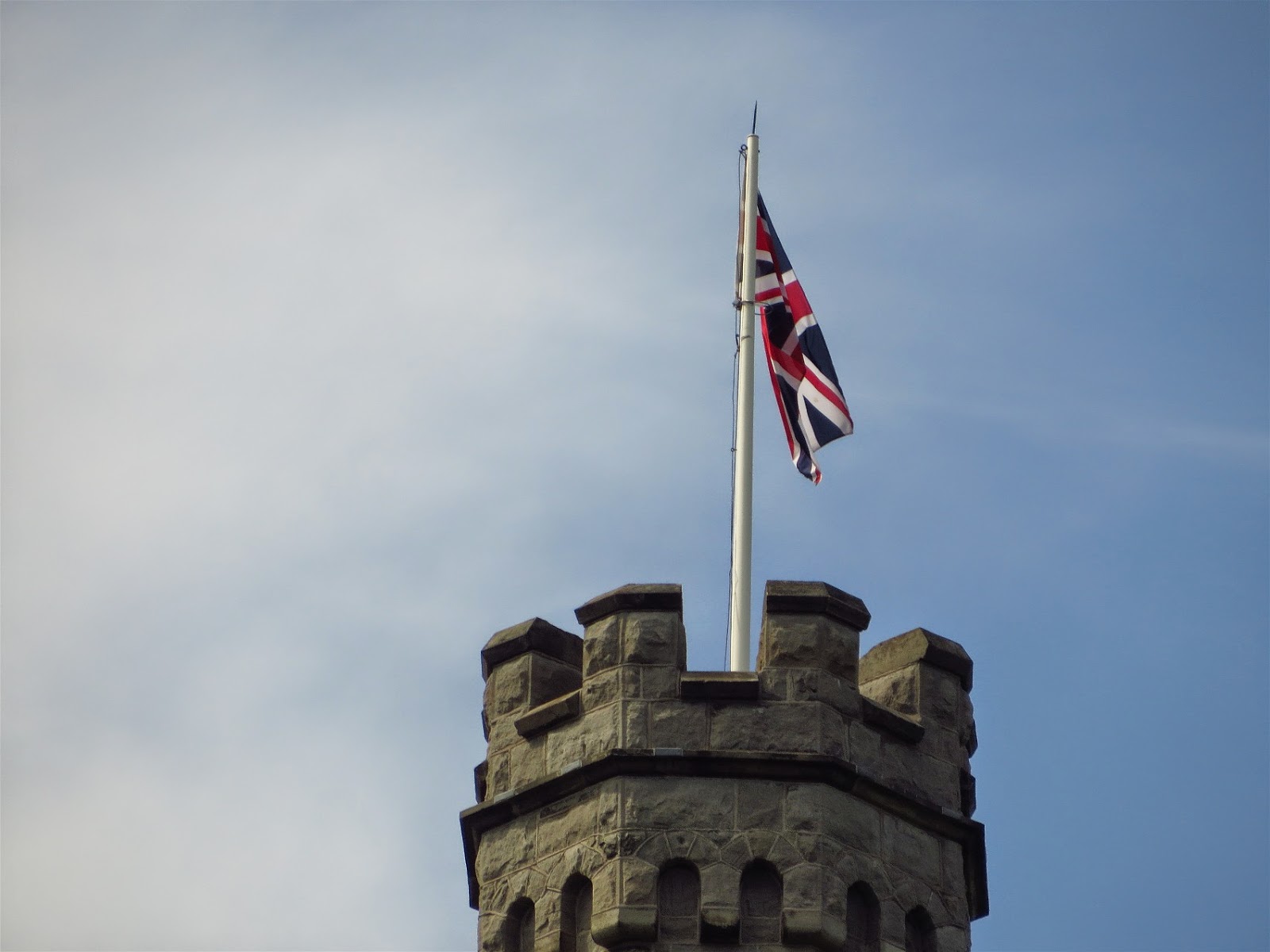 Because of the British victory, the American forces had to retreat back to Fort George for the summer and finally in December they retreated back across the Niagara river. The Battle of Stony Creek was a huge turning point in the war, and this park is worth a visit if you should ever be in the area. 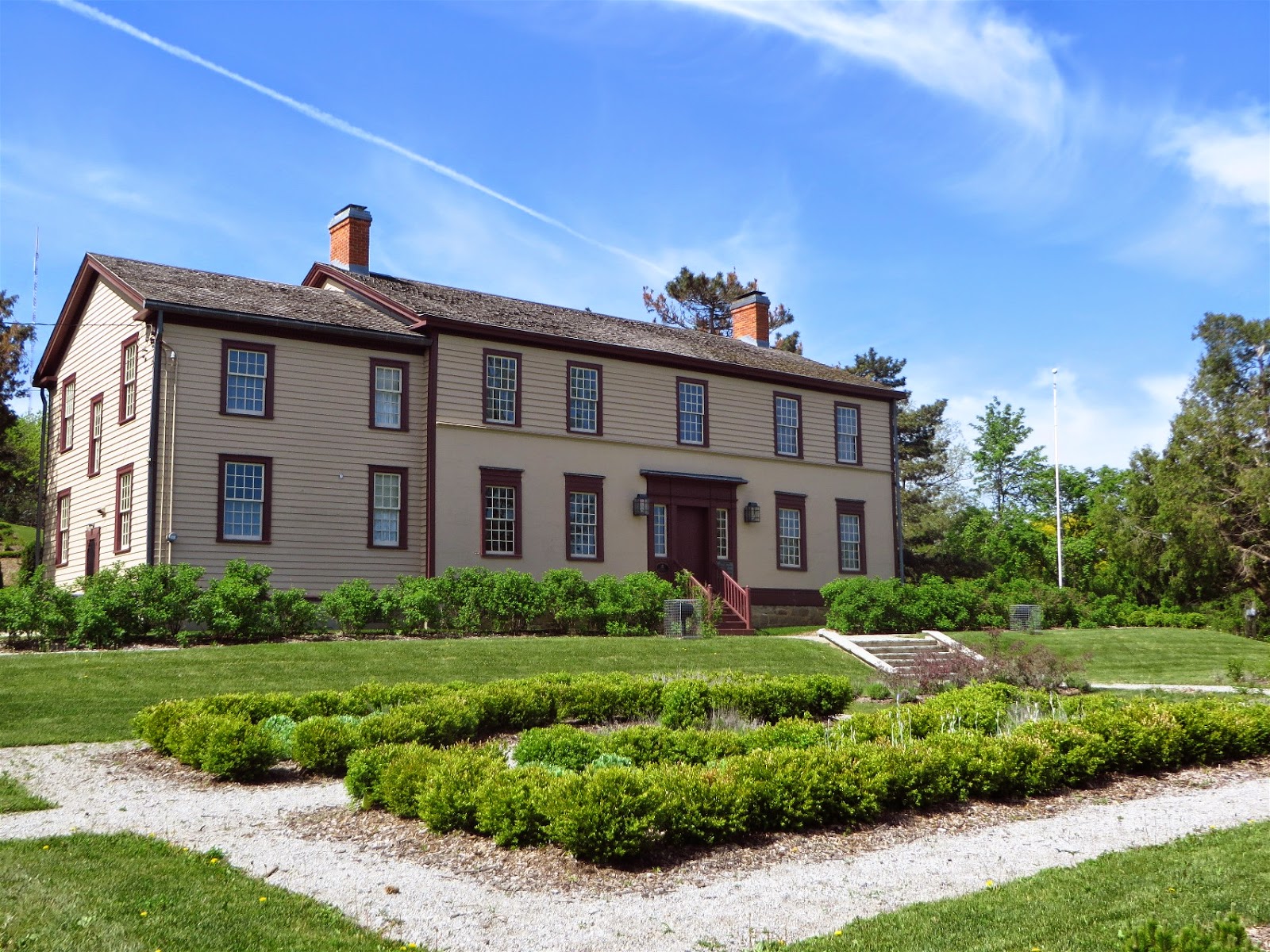