Another Great Day in Stratford 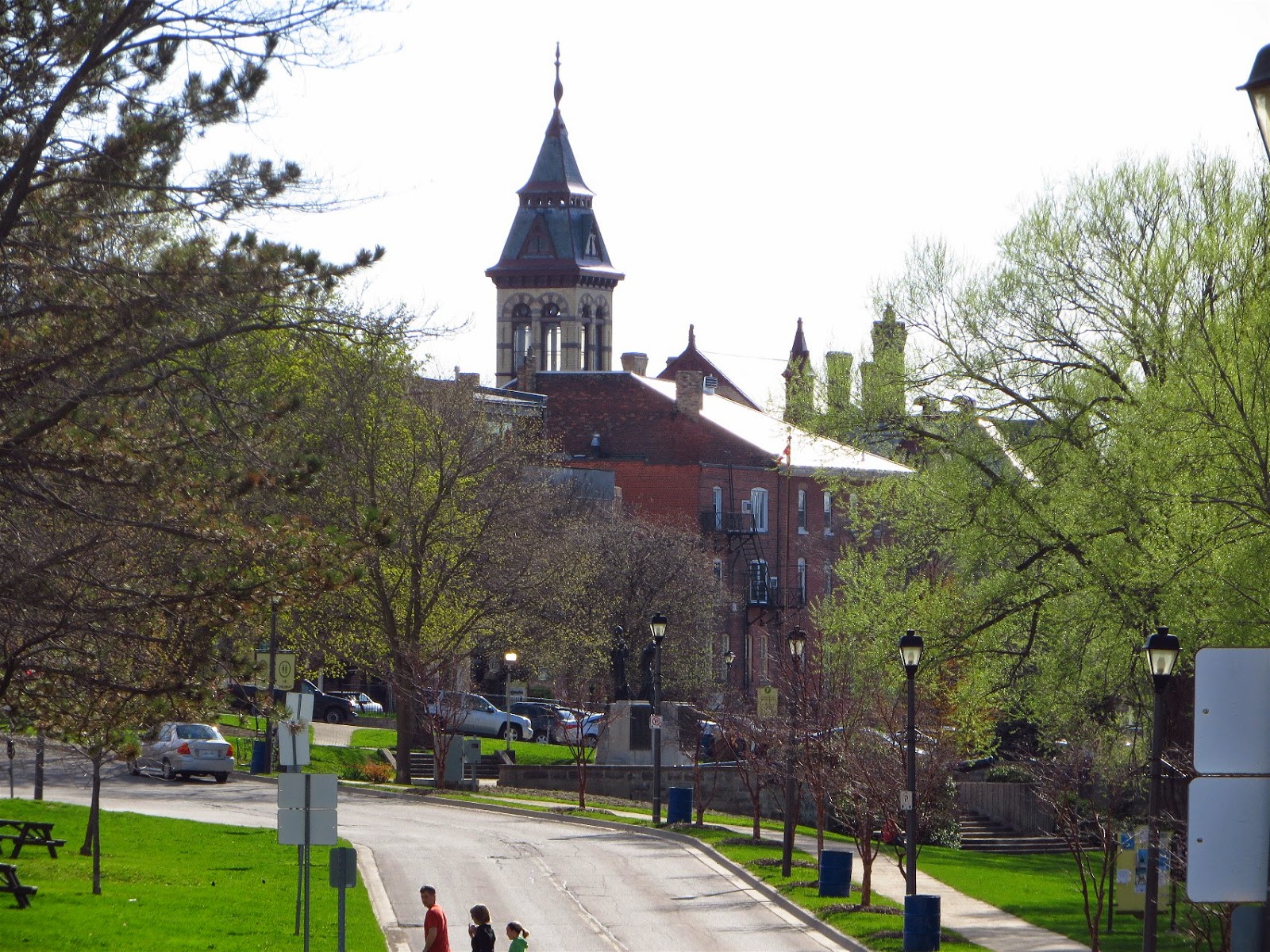 Today Teena and I took the train to Stratford to see Crazy for You at the Festival Theater. 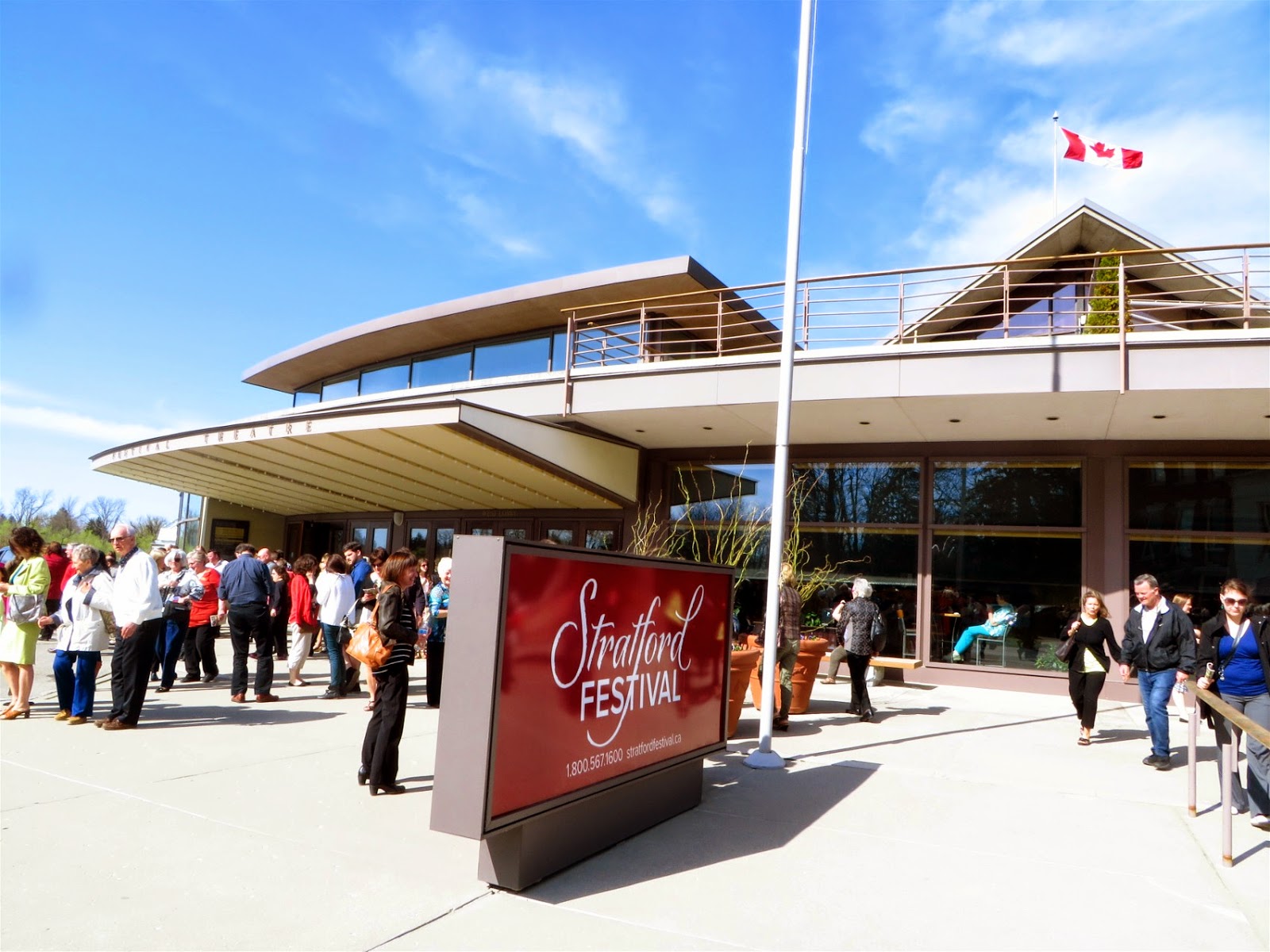 It's always nice afterwards to head down to the Avon River to see the swans, ducks and geese that enjoy the lake. The swans have been raised and protected since 1918 and there is even an annual Swan Parade where the swans are led from their winter home back to the Avon for the summer. 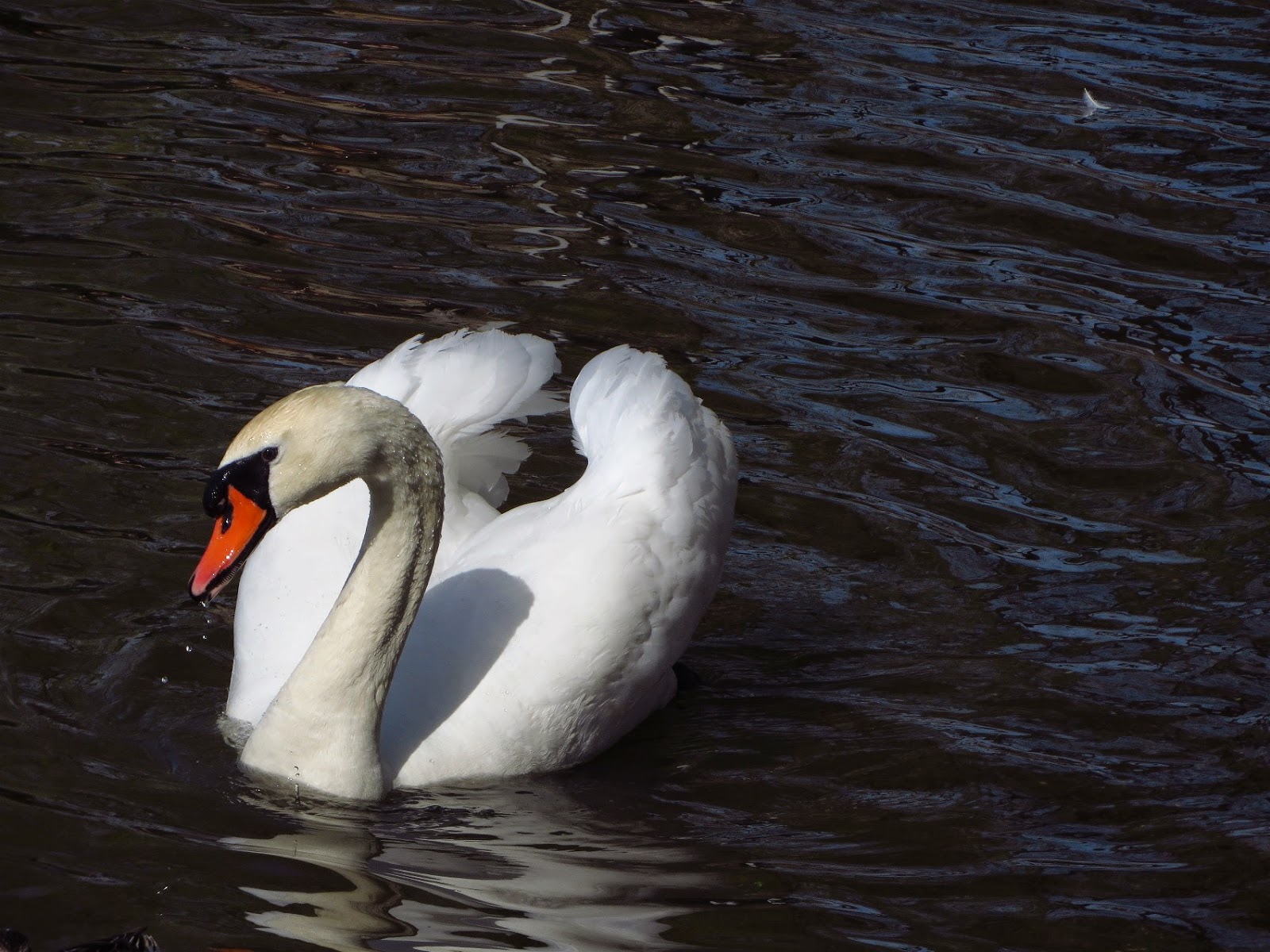 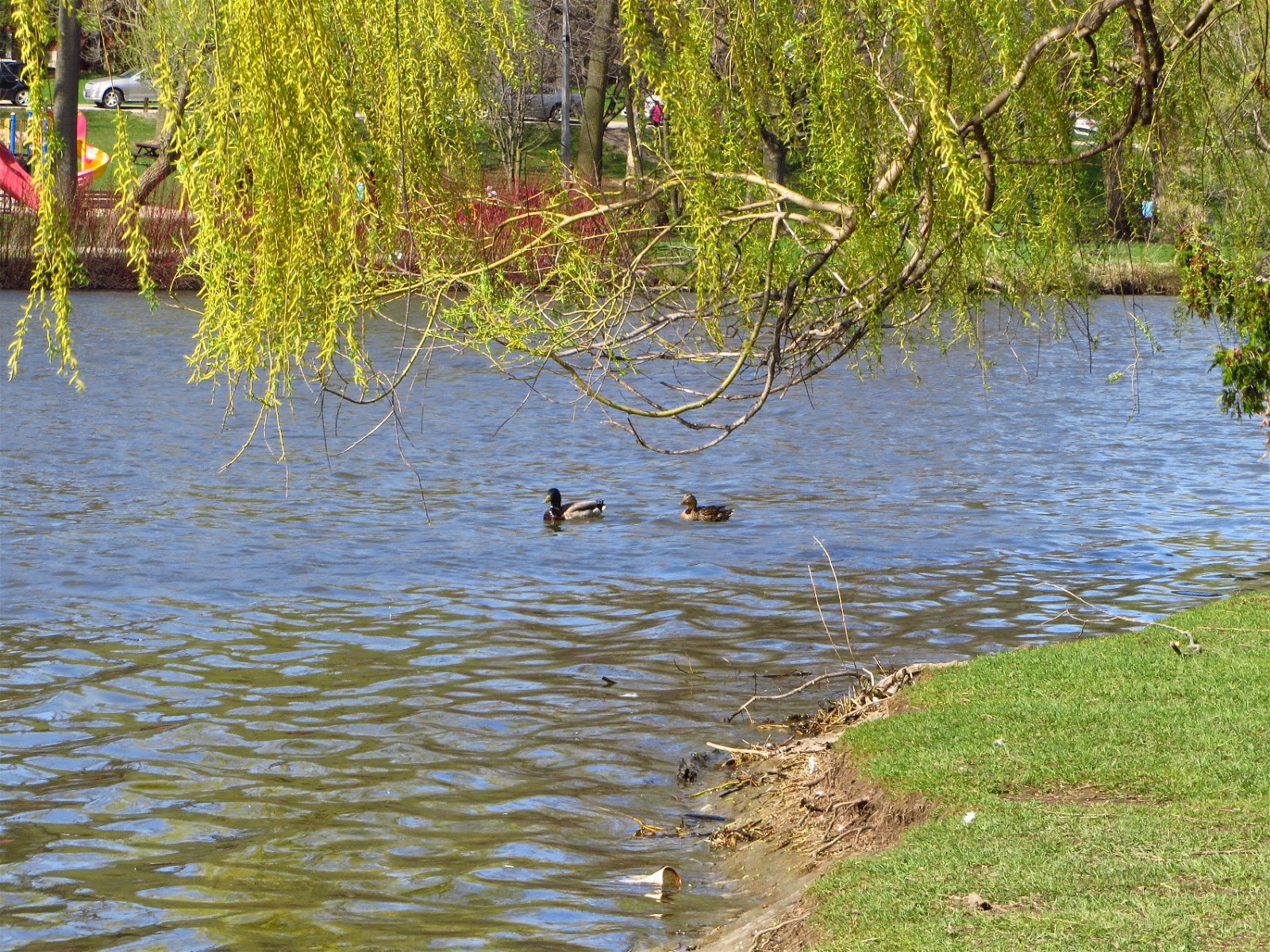 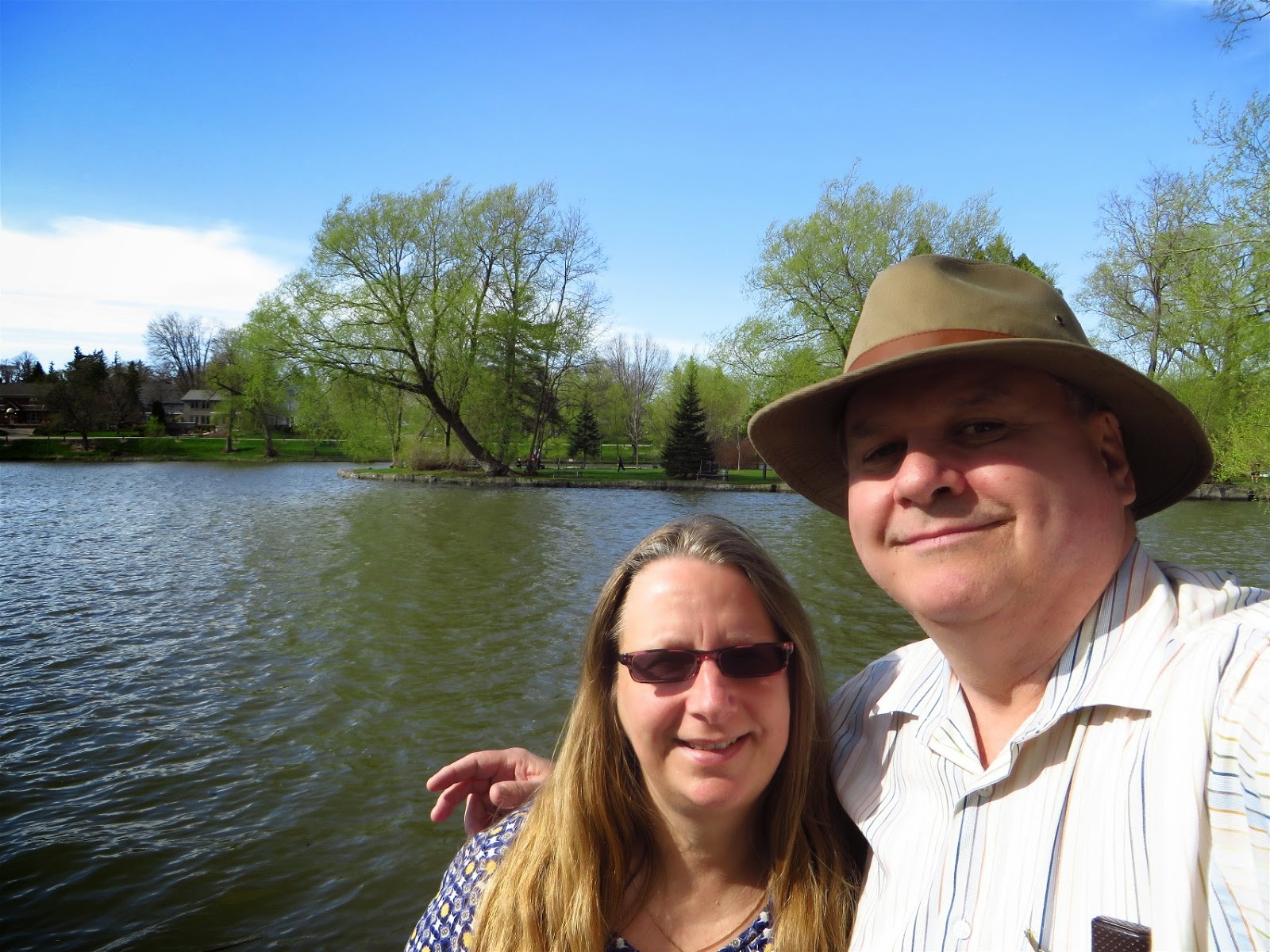 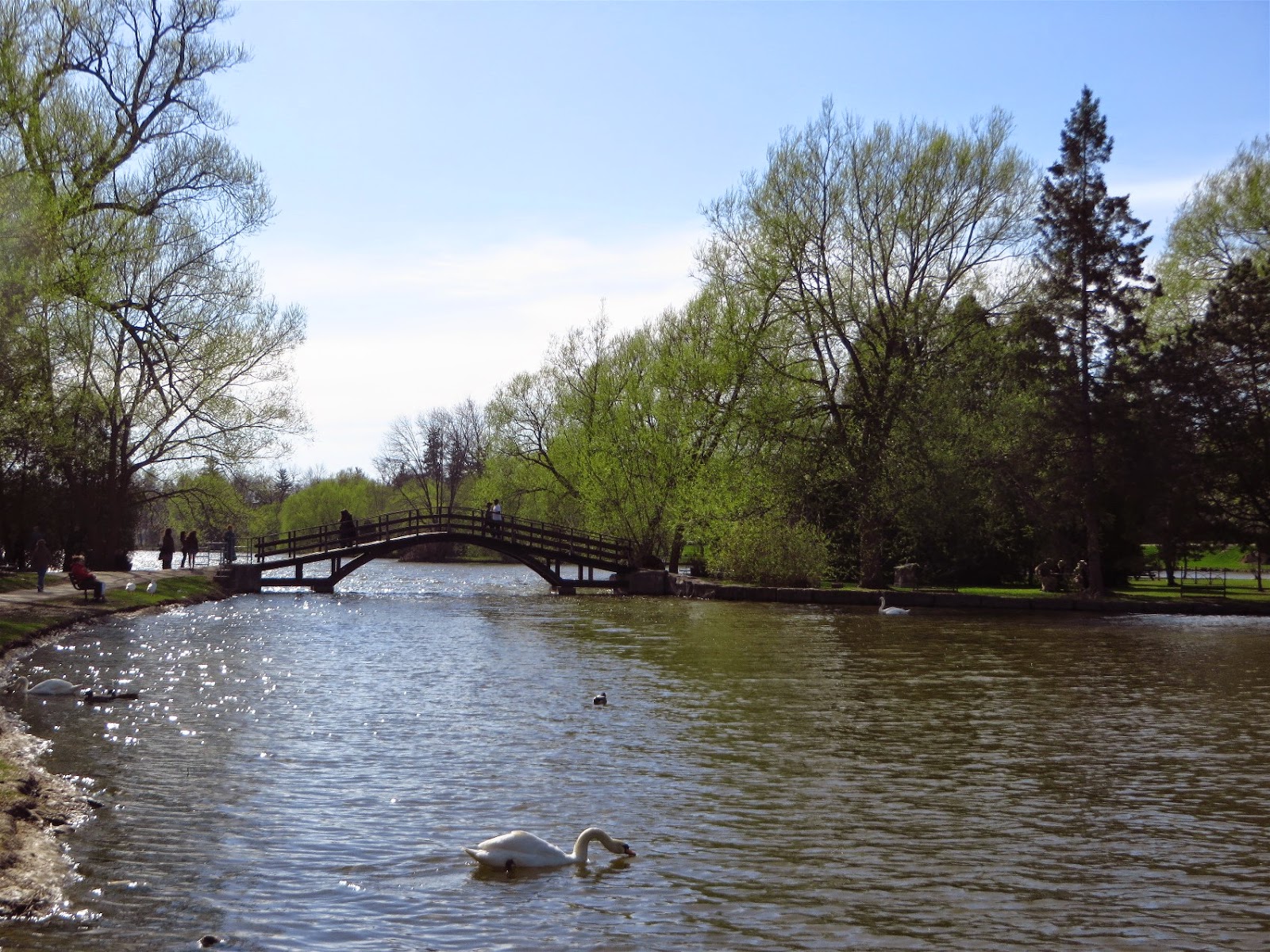 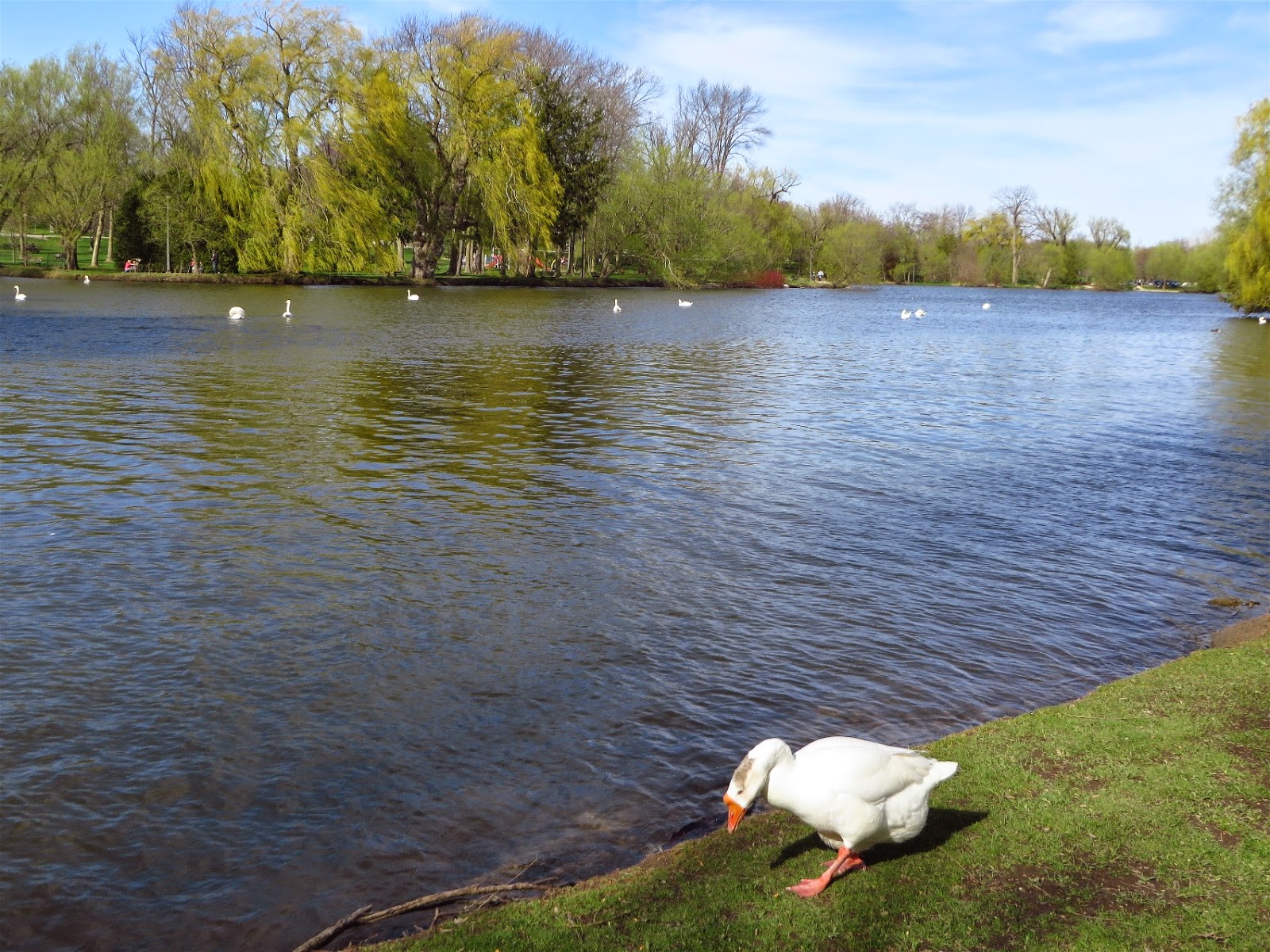 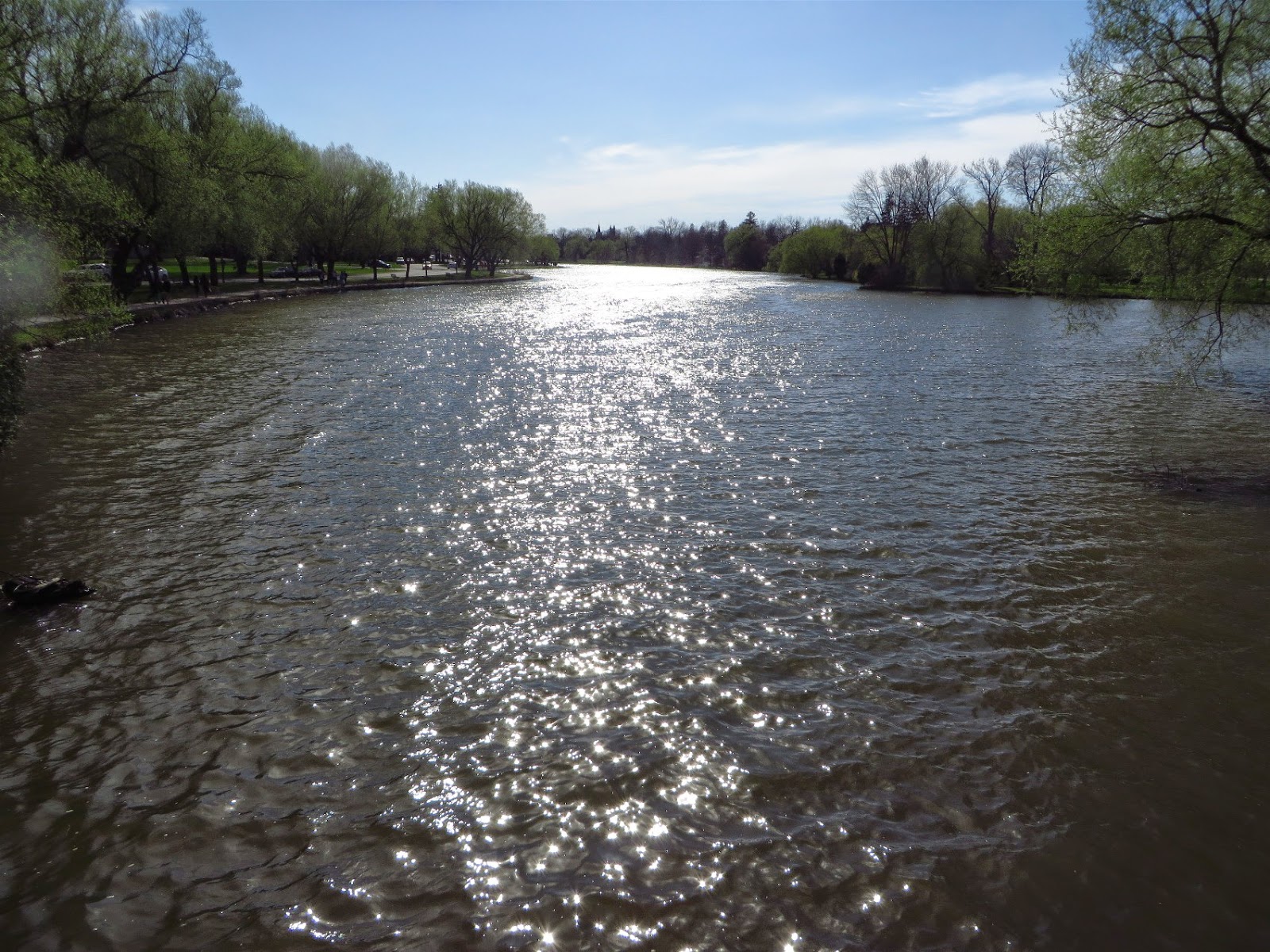 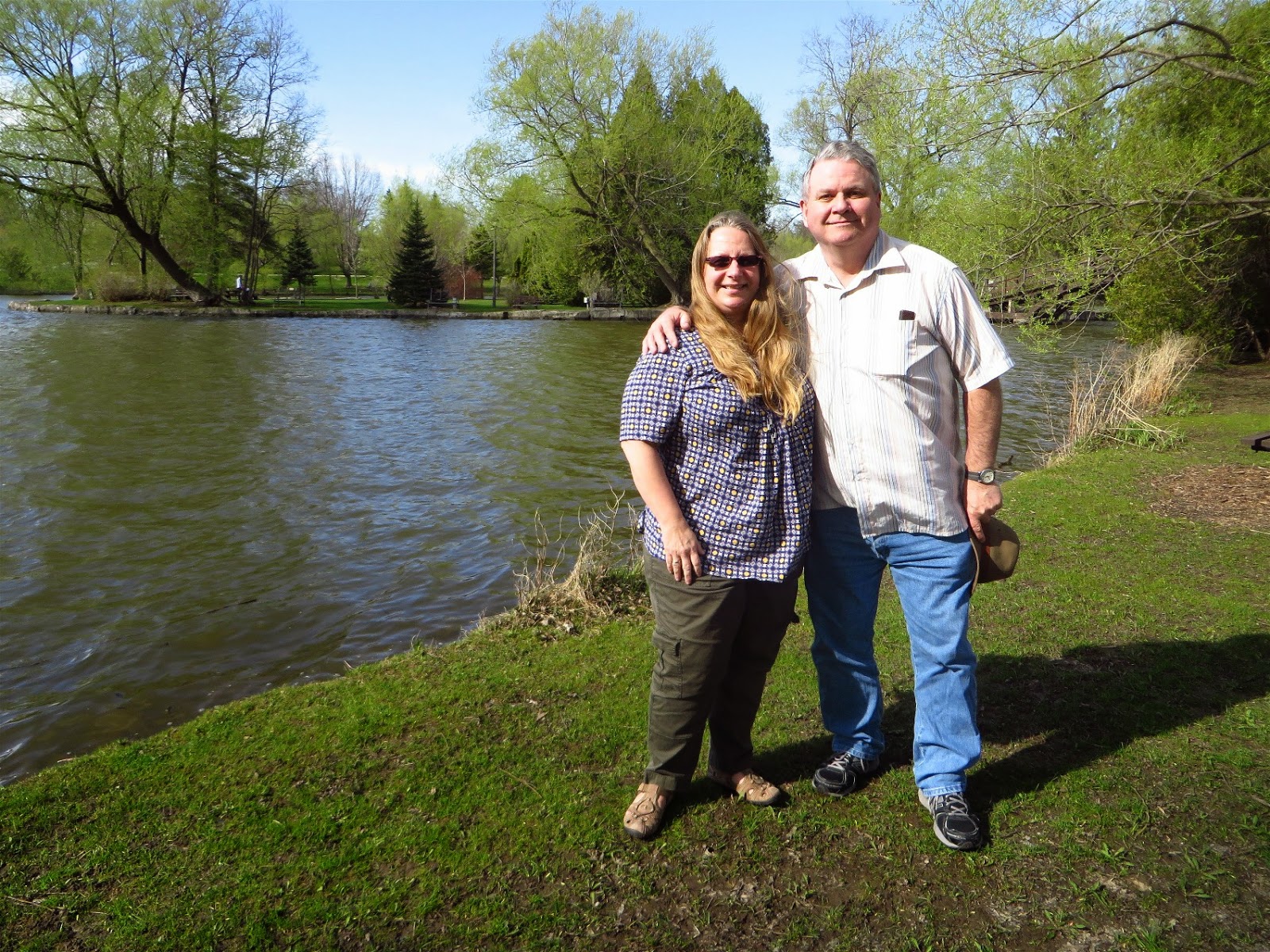 Afterwards we hit Molly Blooms, an Irish pub by the Avon Theater. While generally enjoying this pub and atmosphere, the last time we had a bad experience with an server who didn't know what she was doing, plus had an attitude. This time, though, was much different. 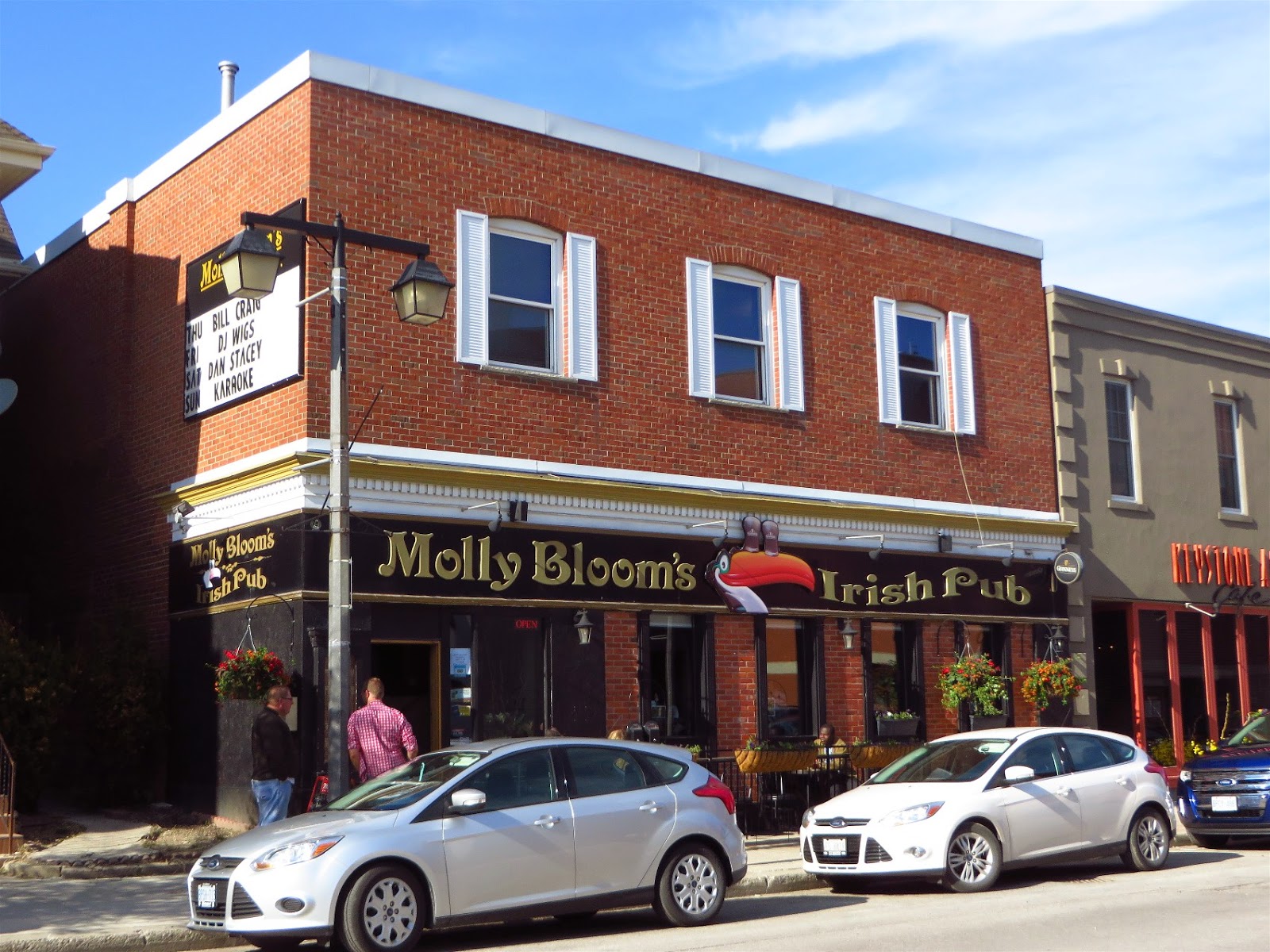 This time we were looked after very well by our server. I wish we had remembered her name. She did a great job.

Teena had the crispy Chicken Sandwich, which she said was good and would have again. I had the Macaroni and Cheese and a Chicken, Potato and Leek soup 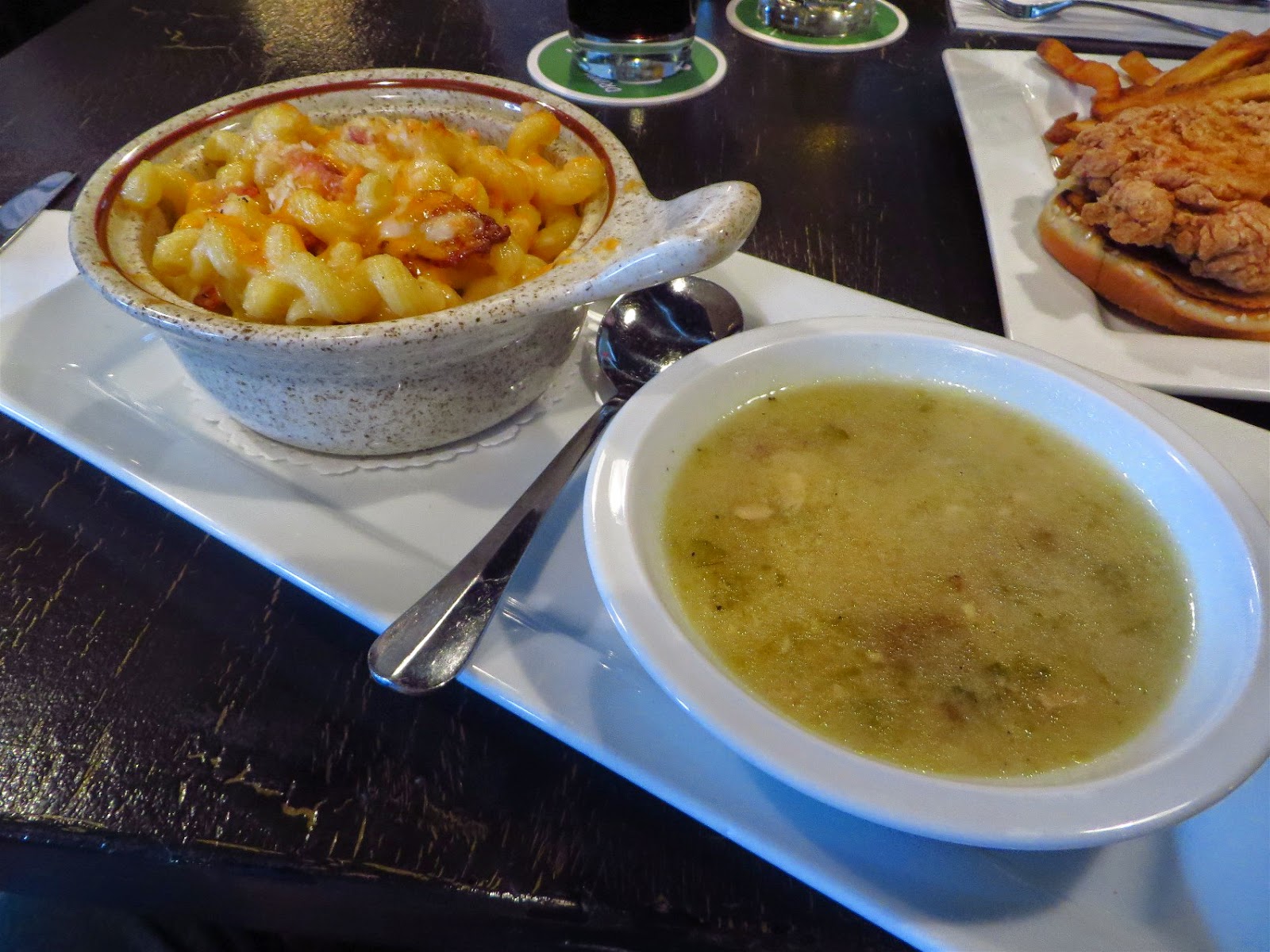 The soup was fabulous and worth going to the pub just for it. The macaroni was made with three cheeses, smoked bacon and roasted red peppers and crusted with Panko flakes and was terrific. I would have this again and again! 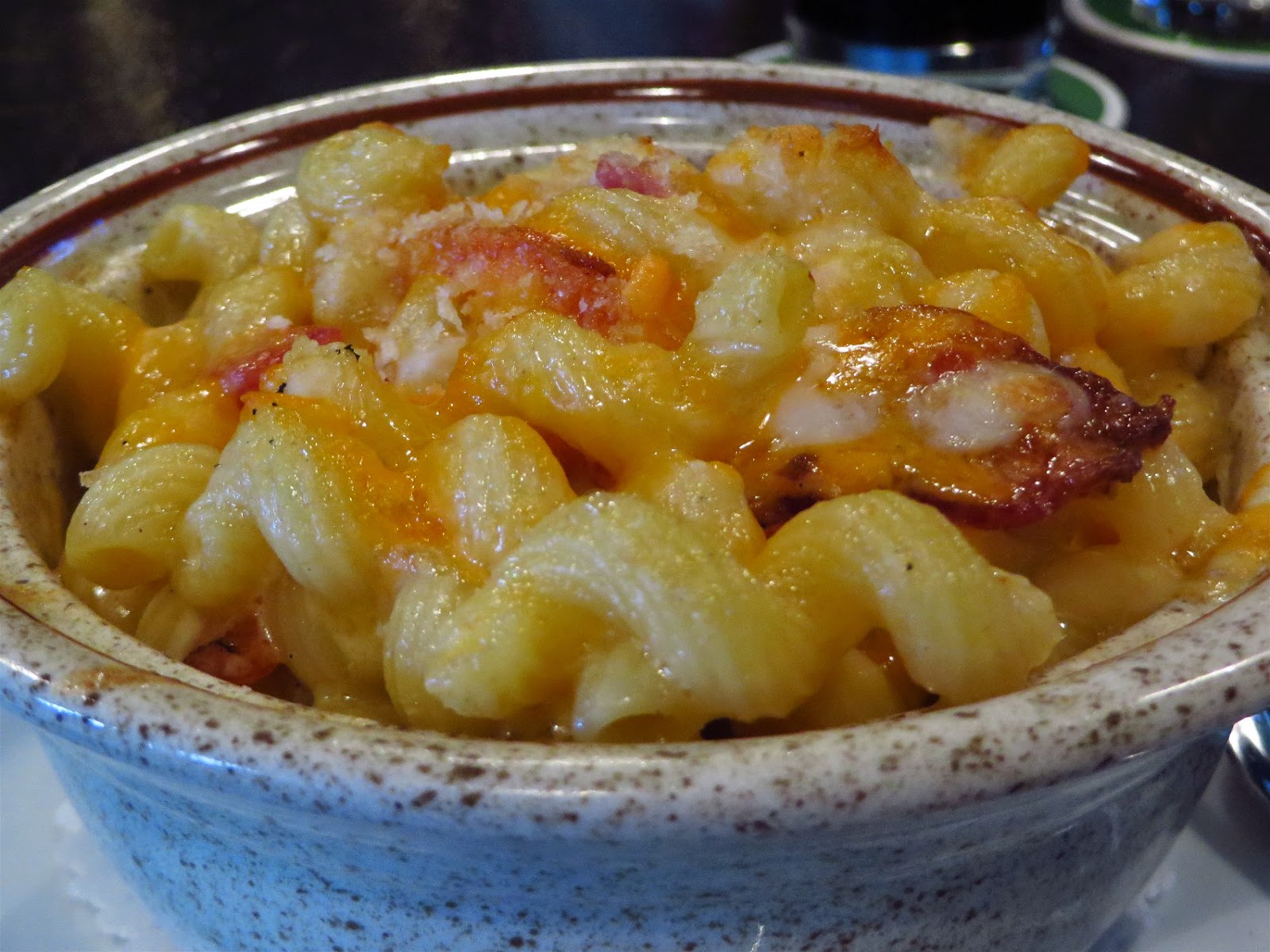 All great days must come to an end and after a stop at the Dominion House, we made our way at sunset to the train station to catch the 8:58pm home. There was a great moon in the sky as we departed Stratford. 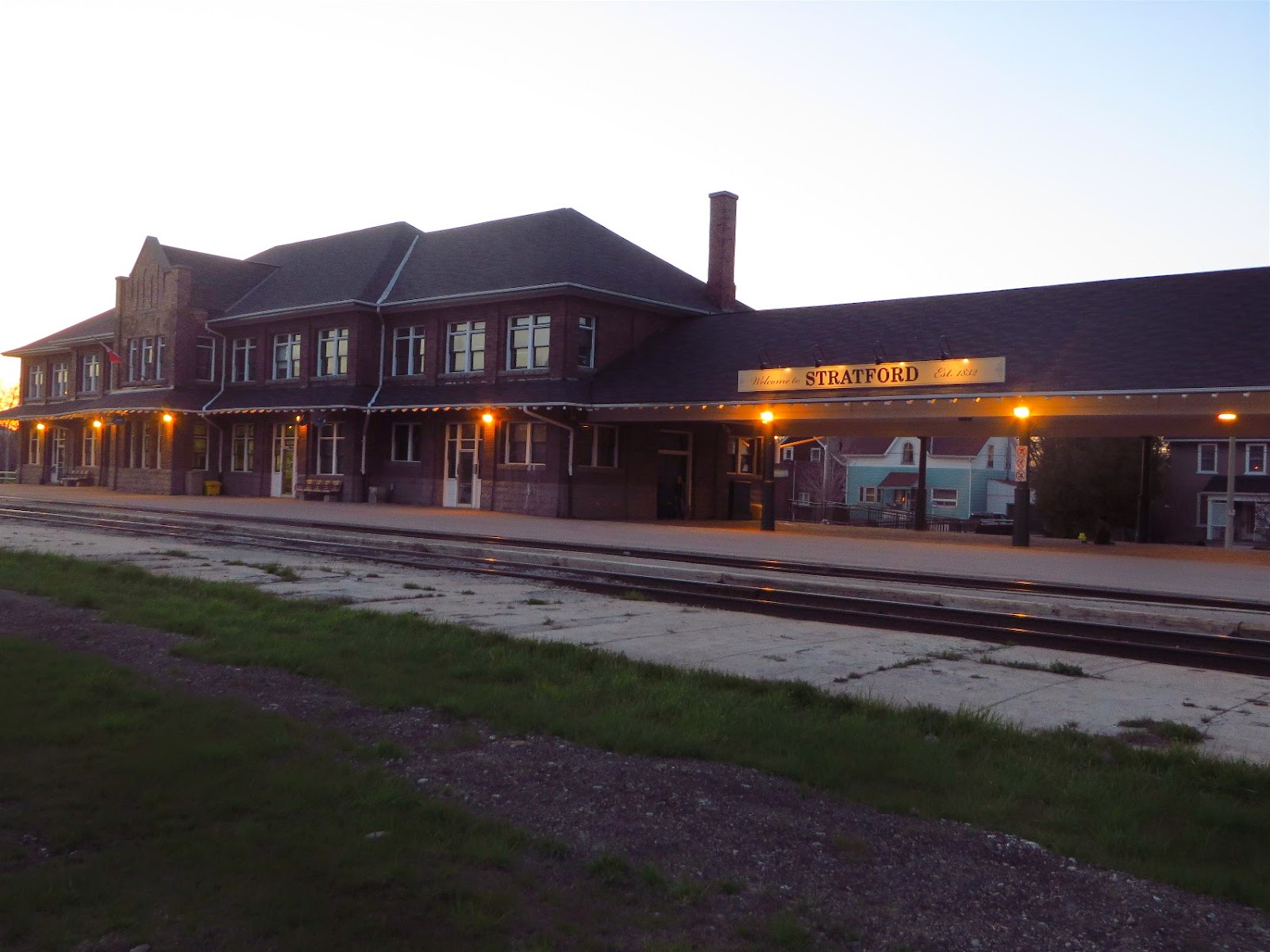 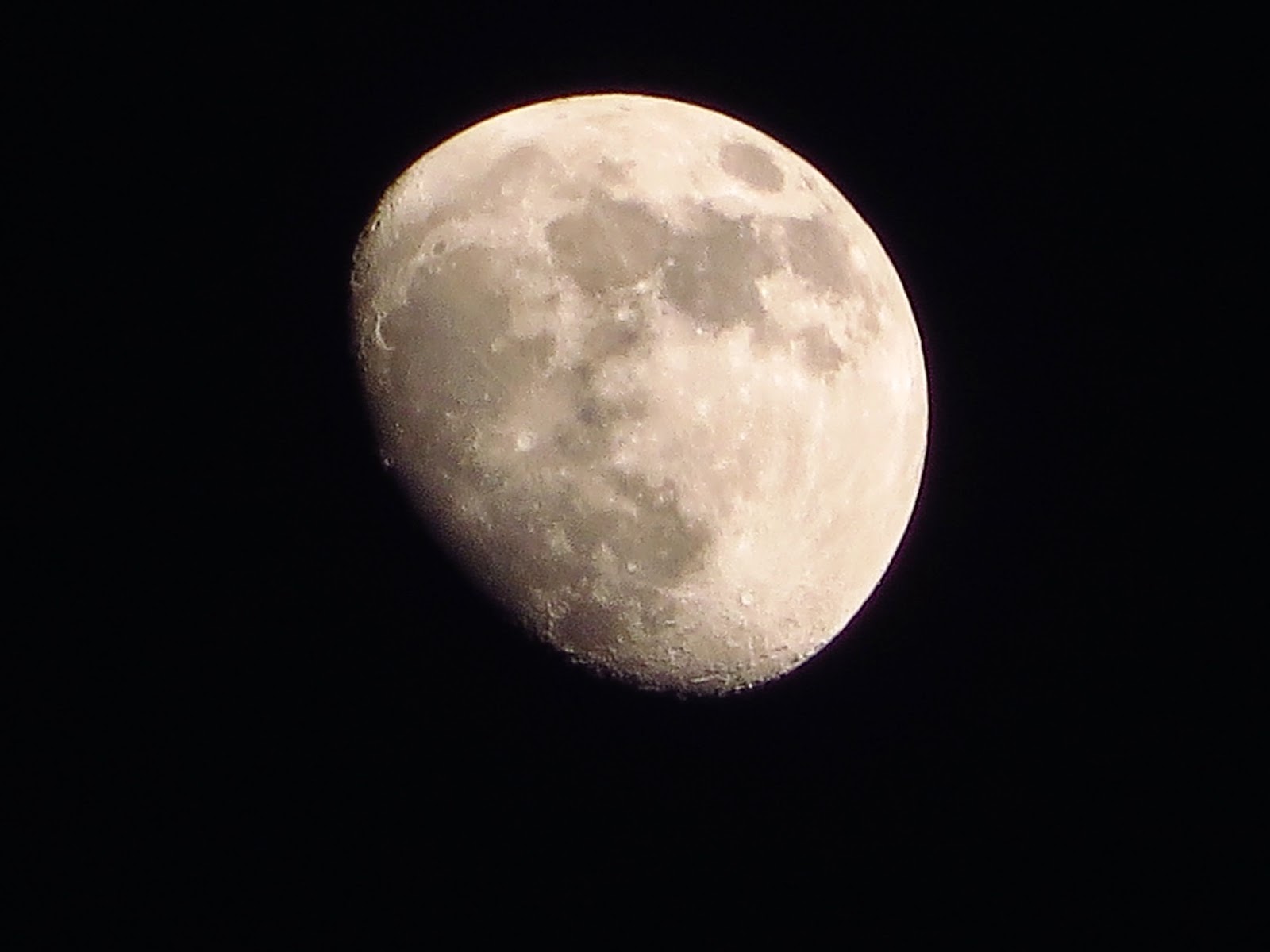 This is likely our only trip to Stratford this year. We usually do two but this year decided to do one to the Stratford Festival and another to the Shaw Festival in Niagara on the Lake. As always though, this was a fabulous day in Stratford.
Posted by Swordsman at 23:46