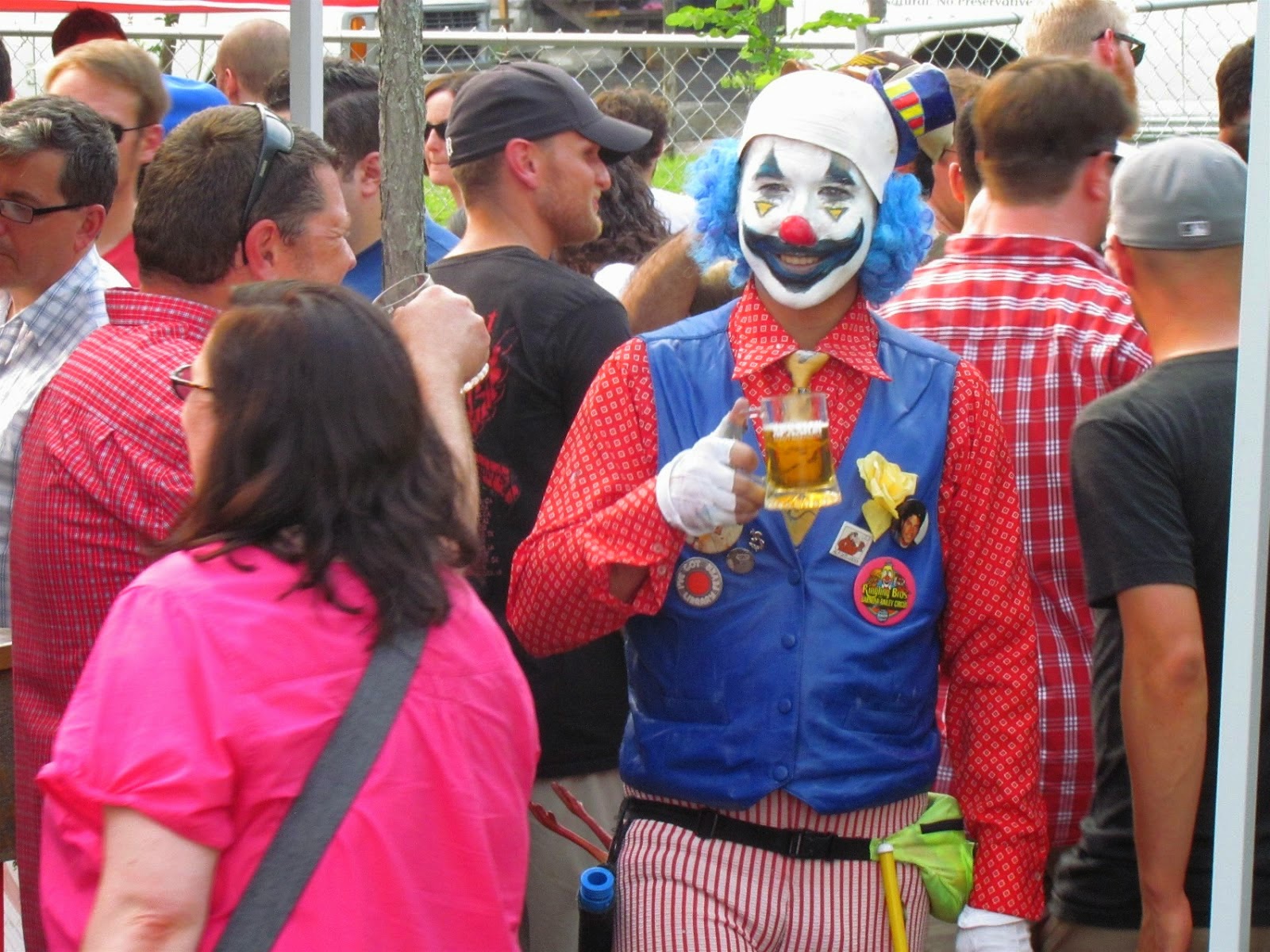 I just read a Blog T.O. article which told how the AGCO is going to start enforcing rules as to which brewers can be at beer festivals and which ones can't.

It seems the AGCO has something against contract brewers, those small start-up breweries that can't yet afford their own brick and motor building to brew so they rent space from established brewers, saying that these breweries cannot set up booths at Ontario beer festivals.

So what is the AGCO. Who are these clowns? They are the Alcohol and Gaming Commission of Ontario who regulates the sale, service, and consumption of beverage alcohol and ensures that casino gaming, charitable gaming and lotteries are conducted in the public interest, by people who are socially and financially responsible.

It seems that they are not working in the public interest by barring contract brewers from beer festivals. How does this protect a) entrepreneurs who are doing their best to start up a business and b) those potential customers who enjoy an excellent craft beer and are always on the search for new exciting brews?

It's interesting that VQA wines can now be sold at farmers markets in Ontario, a move that I applaud, but contract brewers are not allowed to sell samples at a licensed festival. How in hell does that work?

According to a blog post by Left Field Brewery, whose beer I do enjoy and have had some interesting beers at festivals ... that as a contract brewer, we’re only allowed to sell beer to three parties; The LCBO, The Beer Store and Licensed bars & restaurants. That list specifically excludes Special Occasion Permit (SOP) holders.

Despite the fact that our beer is brewed at licensed breweries, has been lab tested by the LCBO and is consumed safely at over 60 bars and restaurants every day, we’ve learned that the AGCO deems the activity of us selling directly to SOP permit holders, including beer festival organizers, as illegal. That’s right, a brewery who is licensed to sell beer in Ontario cannot sell beer to beer festivals.

Again how the hell does that work?

It means that now these small brewers are limited in how to get potential customers to try their beer. Why are we throwing up roadblocks in a growing Ontario industry? Should government agencies help, not hinder companies that have the potential to hiring more of Ontario's workforce?

Contract brewers make up a huge portion of booths at beer festivals. Now that they will be gone, it will mean less variety for me when Teena, I and others attend.

Is this the result of pressure from the big breweries, all of whom are non-Canadian? That's a very definite possibility. They still have most of the market with their flavourless beers, leave the little guys alone!

The AGCO are not doing this in "the public interest". These clowns have another agenda instead.
Posted by Swordsman at 12:27