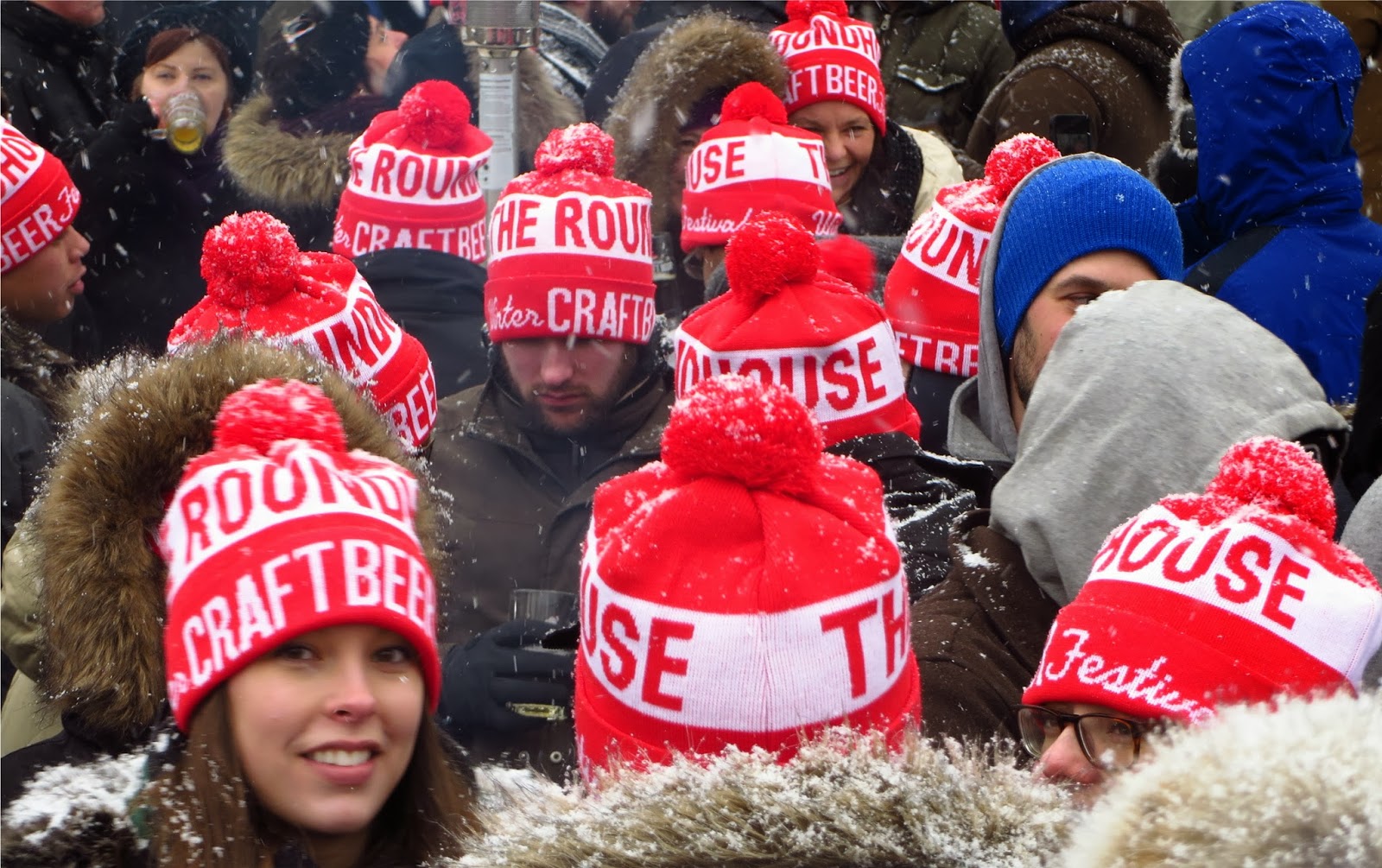 Yes, this is Canada and it's winter.

So what do we do?

We hold an outdoor craft beer festival ... the first annual Roundhouse Winter Craft Beer Festival ... and Teena and I were there.

The first 500 people in received free and welcomed toques, a warm and welcome gift! That's why you'll see so many red toques in the photos.

Thankfully it was only -5C (it has been -20C all week long) with a wind that came up now and then. Heaters were all around. Once in awhile the snow came and that just added to the atmosphere! 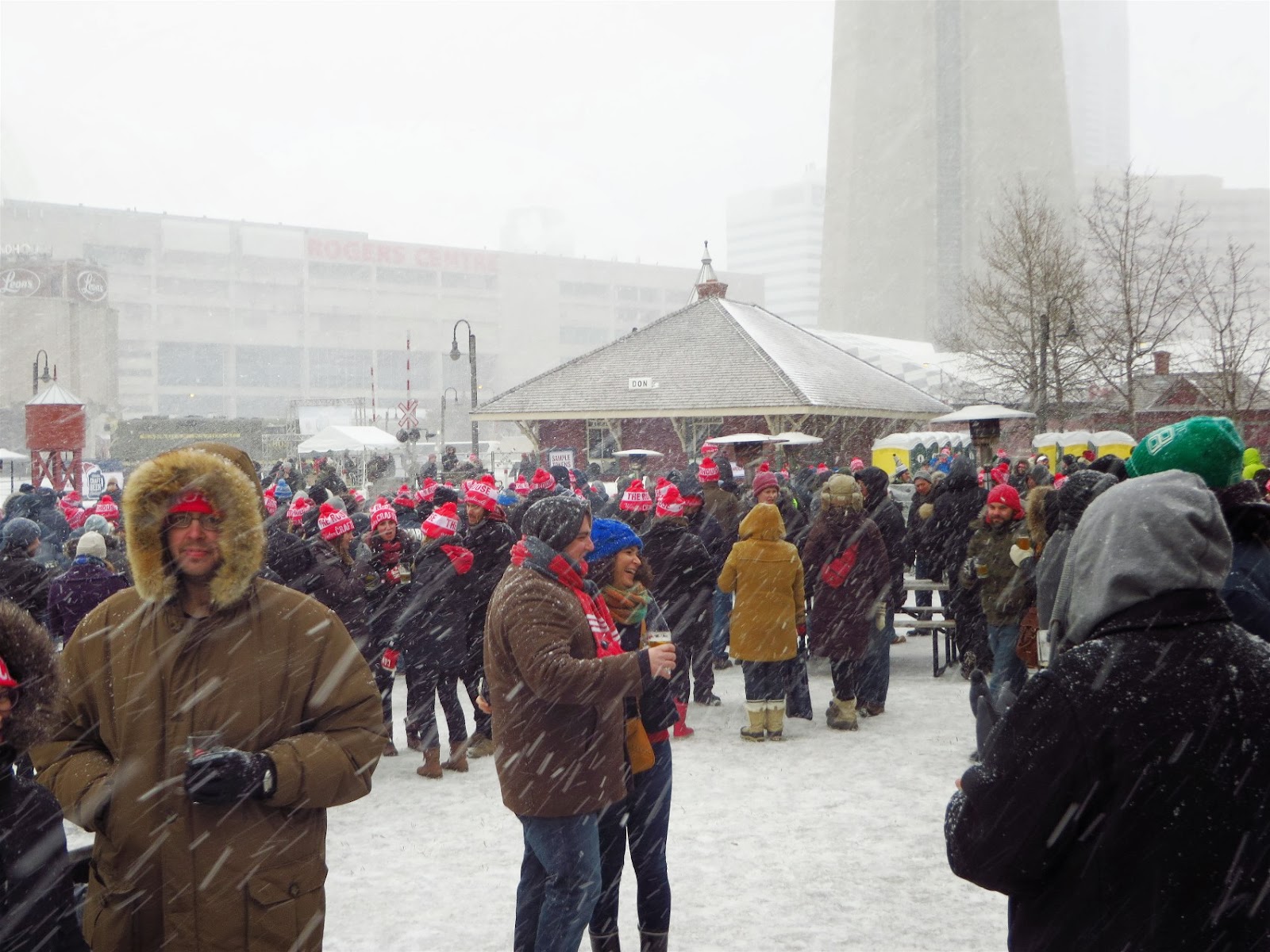 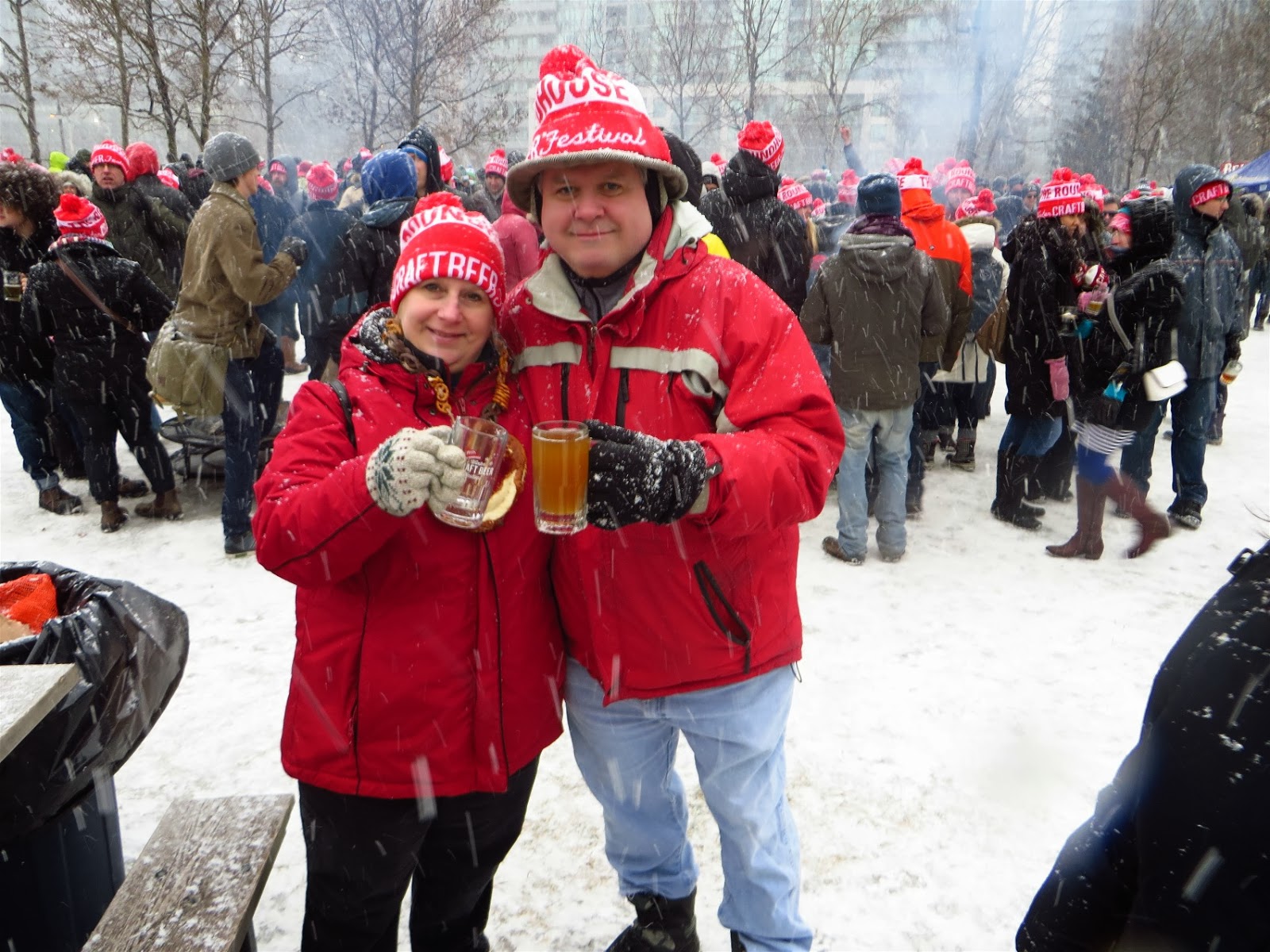 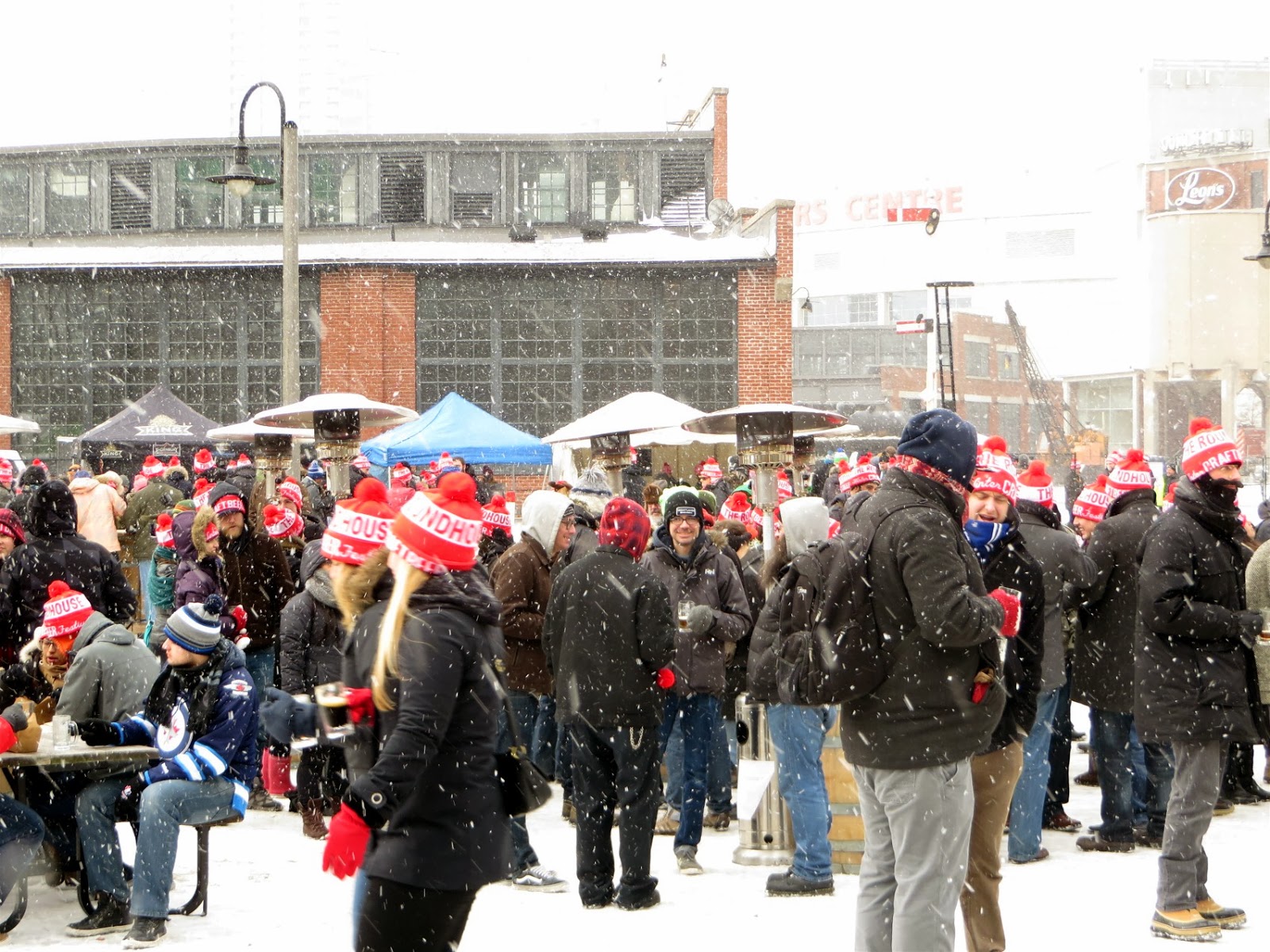 There were 18 Ontario craft breweries at the festival and a bunch of food trucks. Oh, and a chili stand that had an Molson's bag sitting on the table. I gave them a dig about that and a few minutes later saw that it was gone. 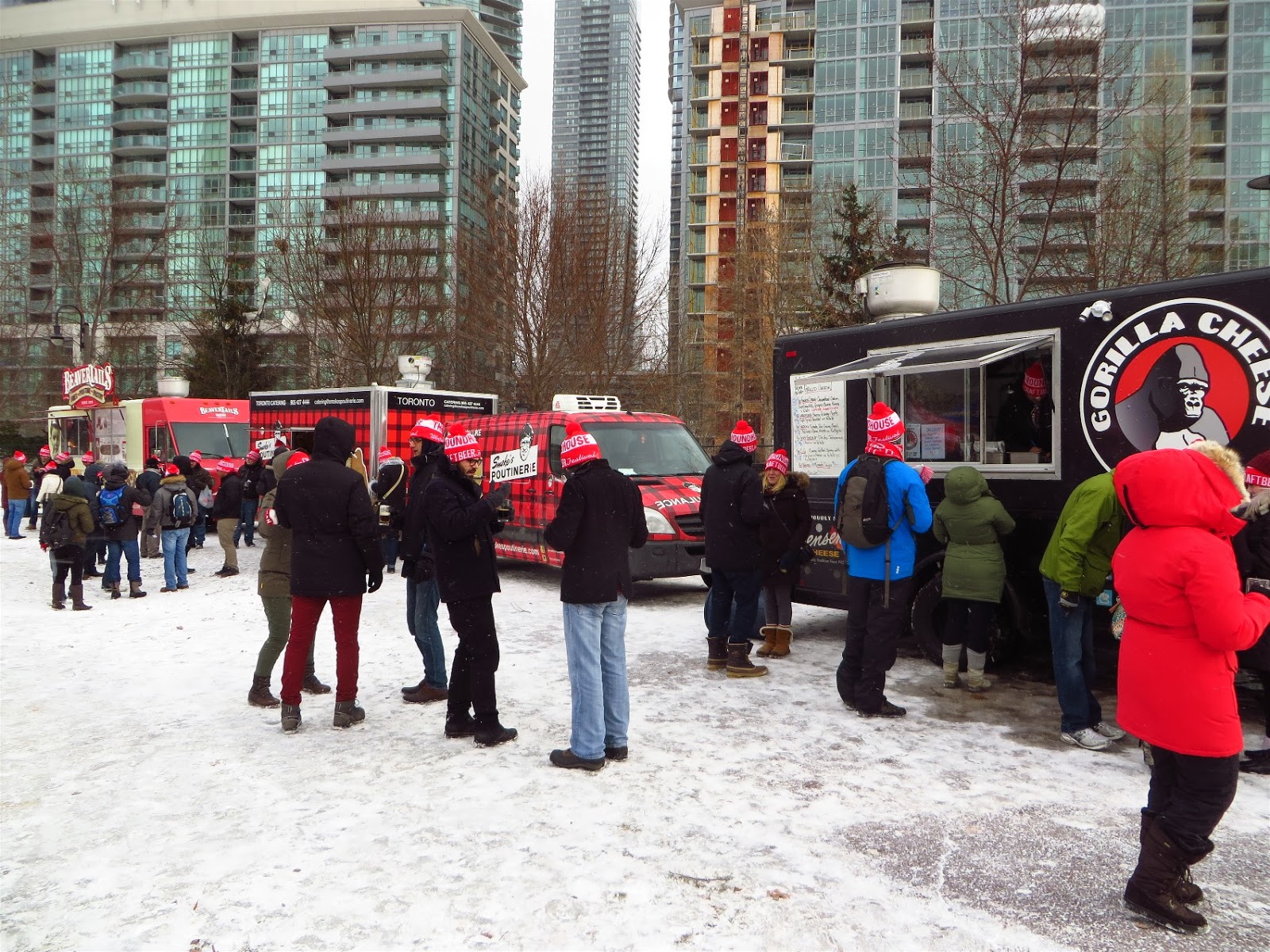 One thing I enjoy about these festivals is that everybody is so friendly. I met lots of great people today. It was fun meeting up with our own friends, Darlene (on the right) and Christine. 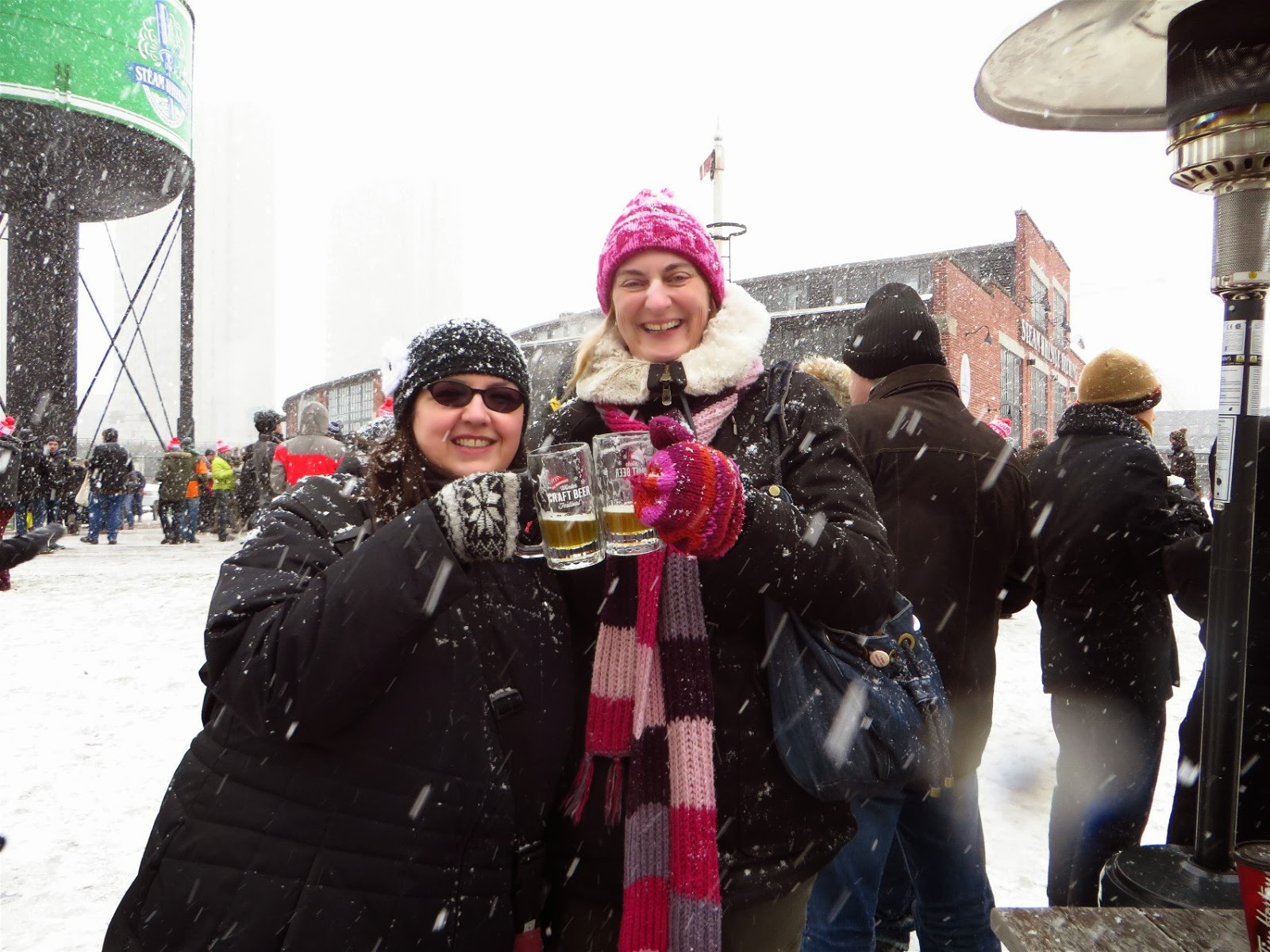 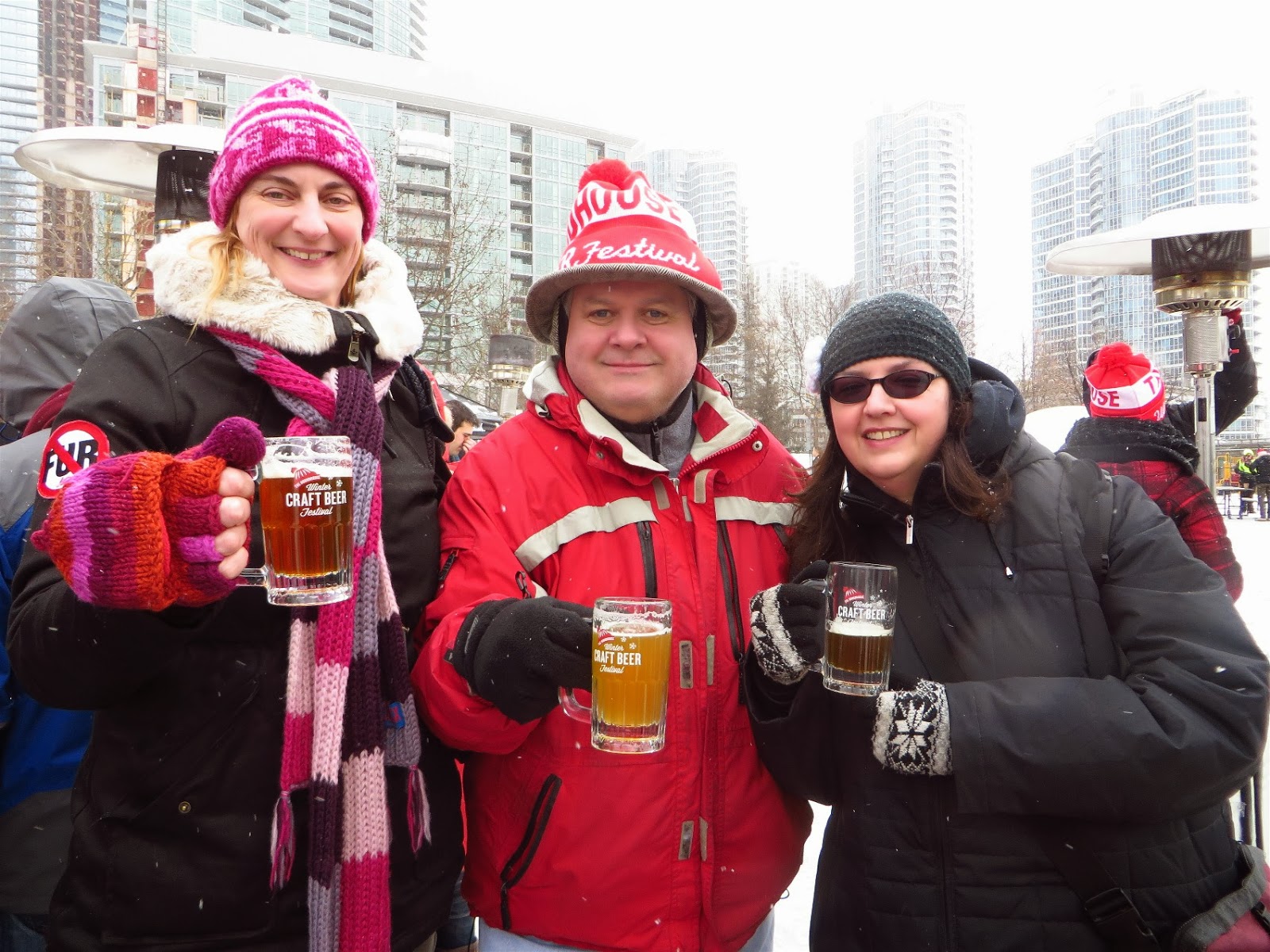 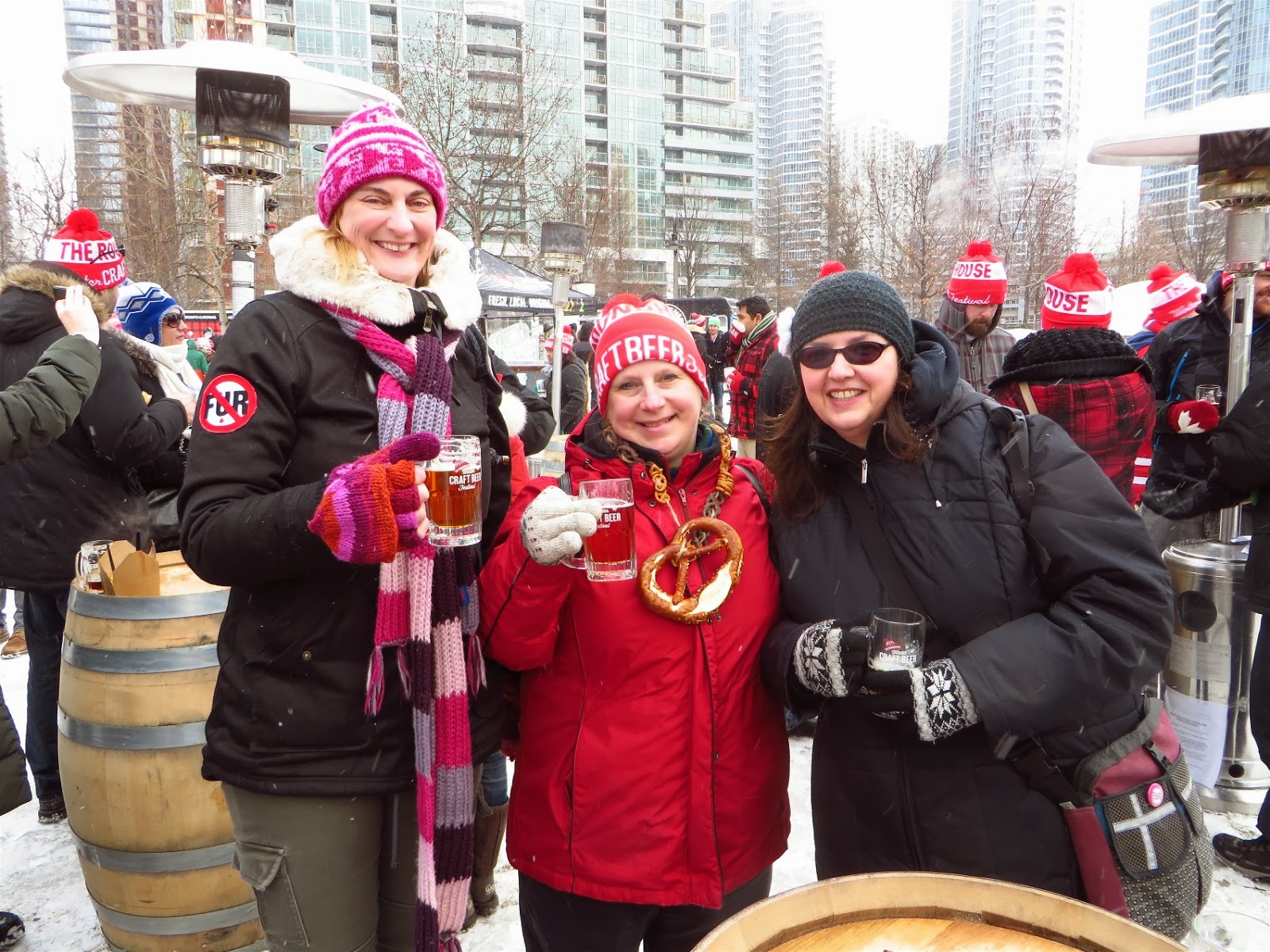 It was cold at times but people found ways to cope. 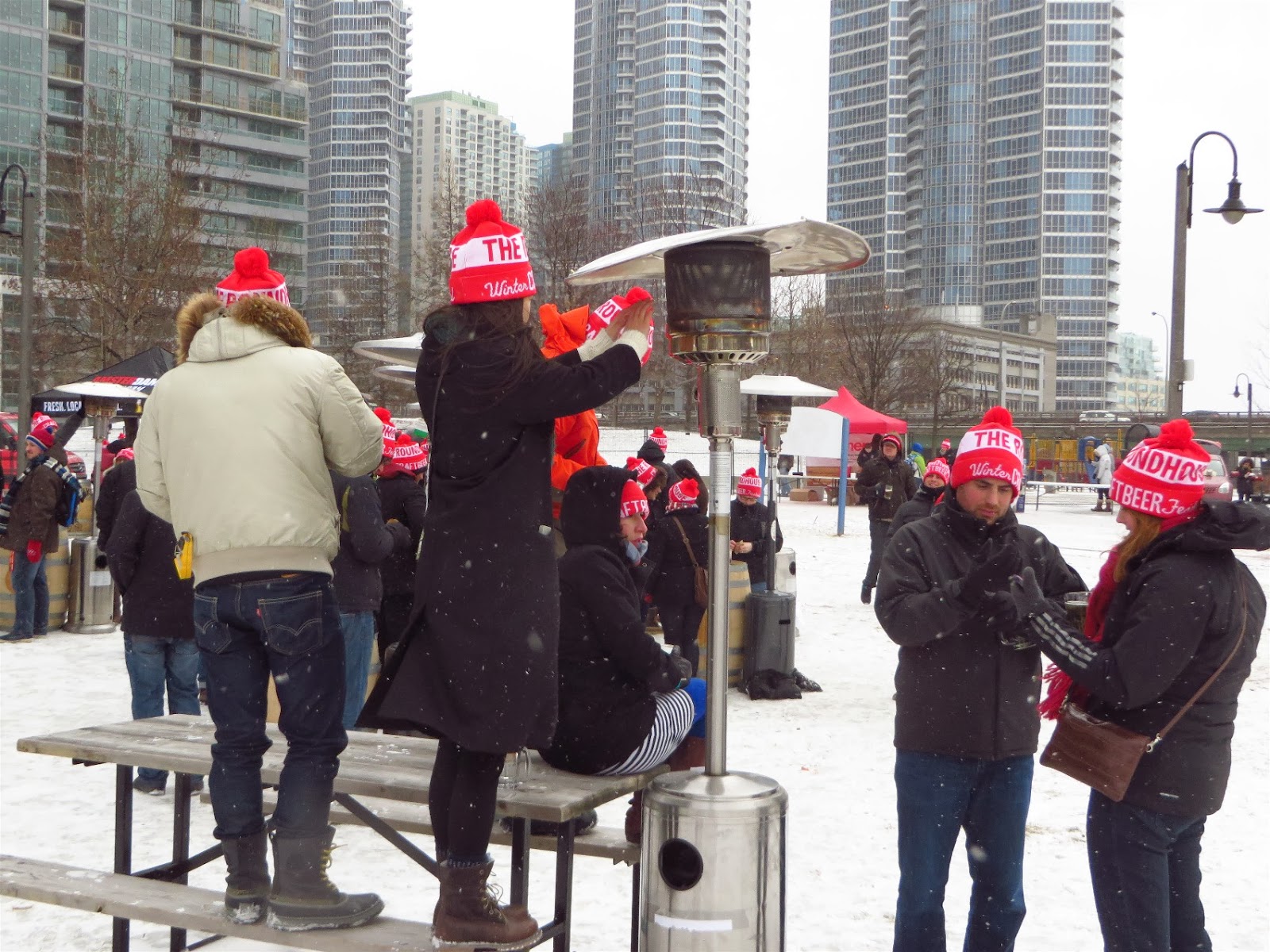 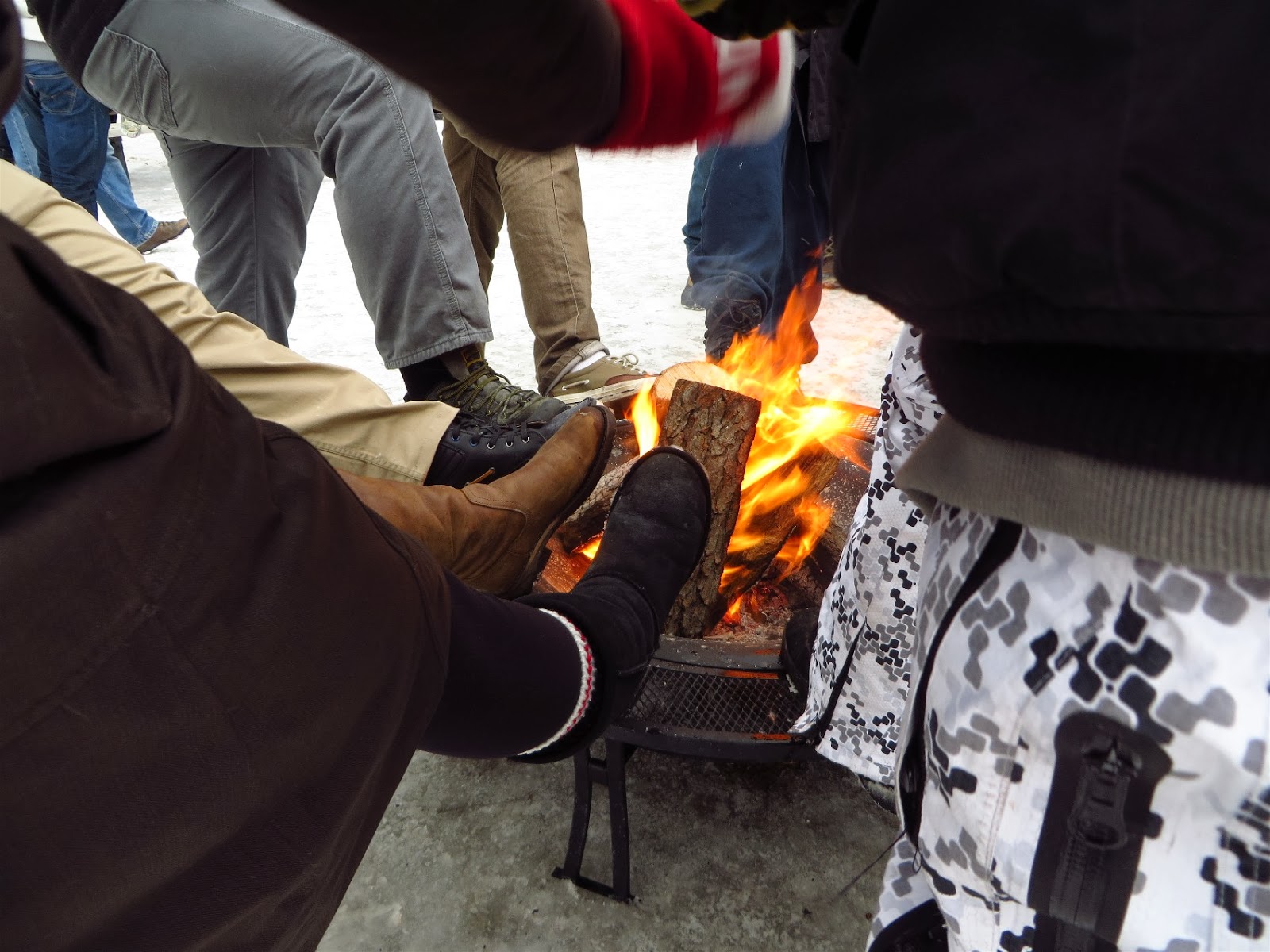 The gang from Black Oak Brewery. I had their Double Chocolate Cherry Stout and it was fabulous! 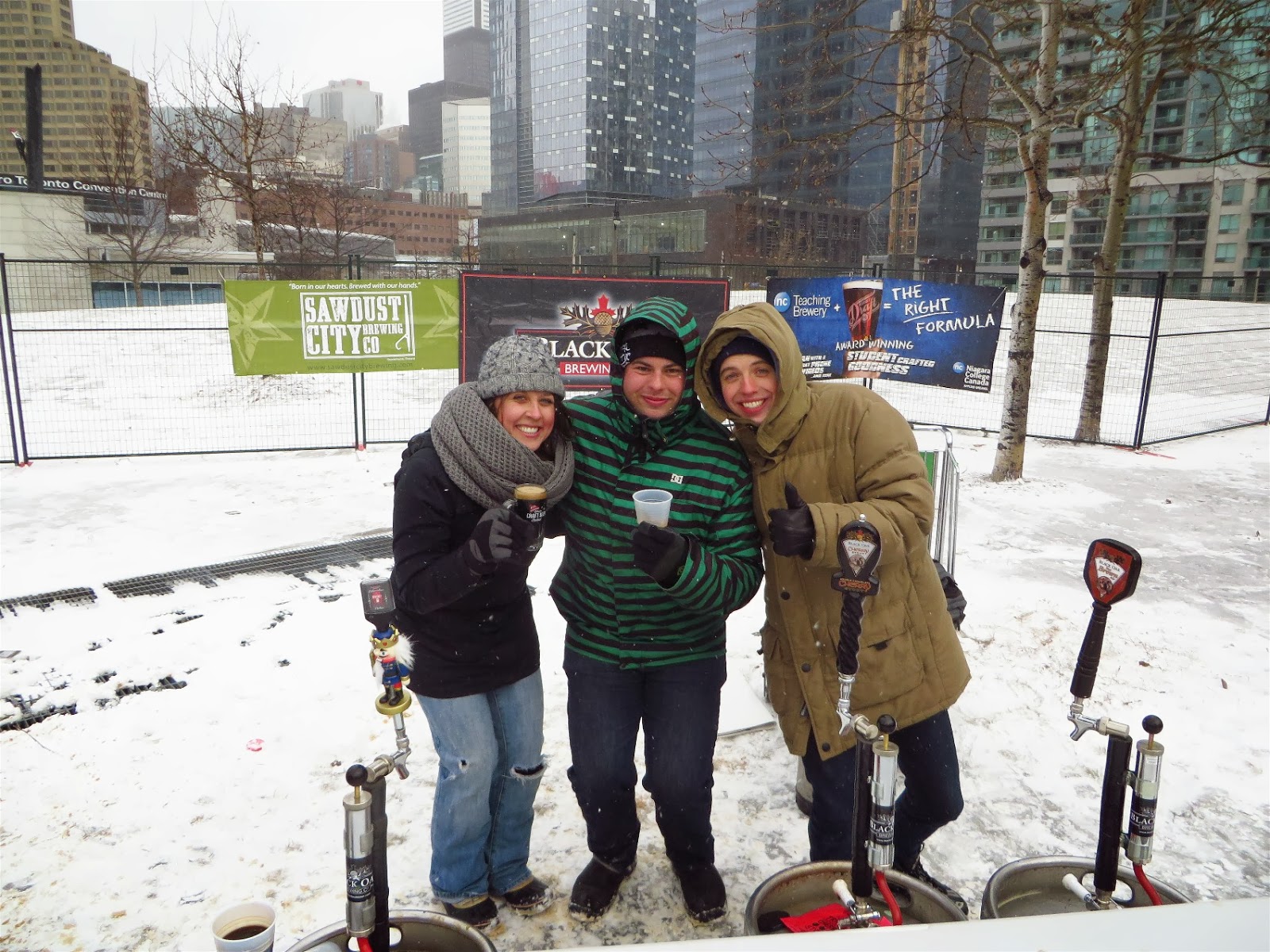 Steam Whistle brewery had their booth underneath the tower. They had a very cool  to look at and to feel ice sculpture with their beer tap embedded in it. They served an unfiltered version of there lager which was delicious! 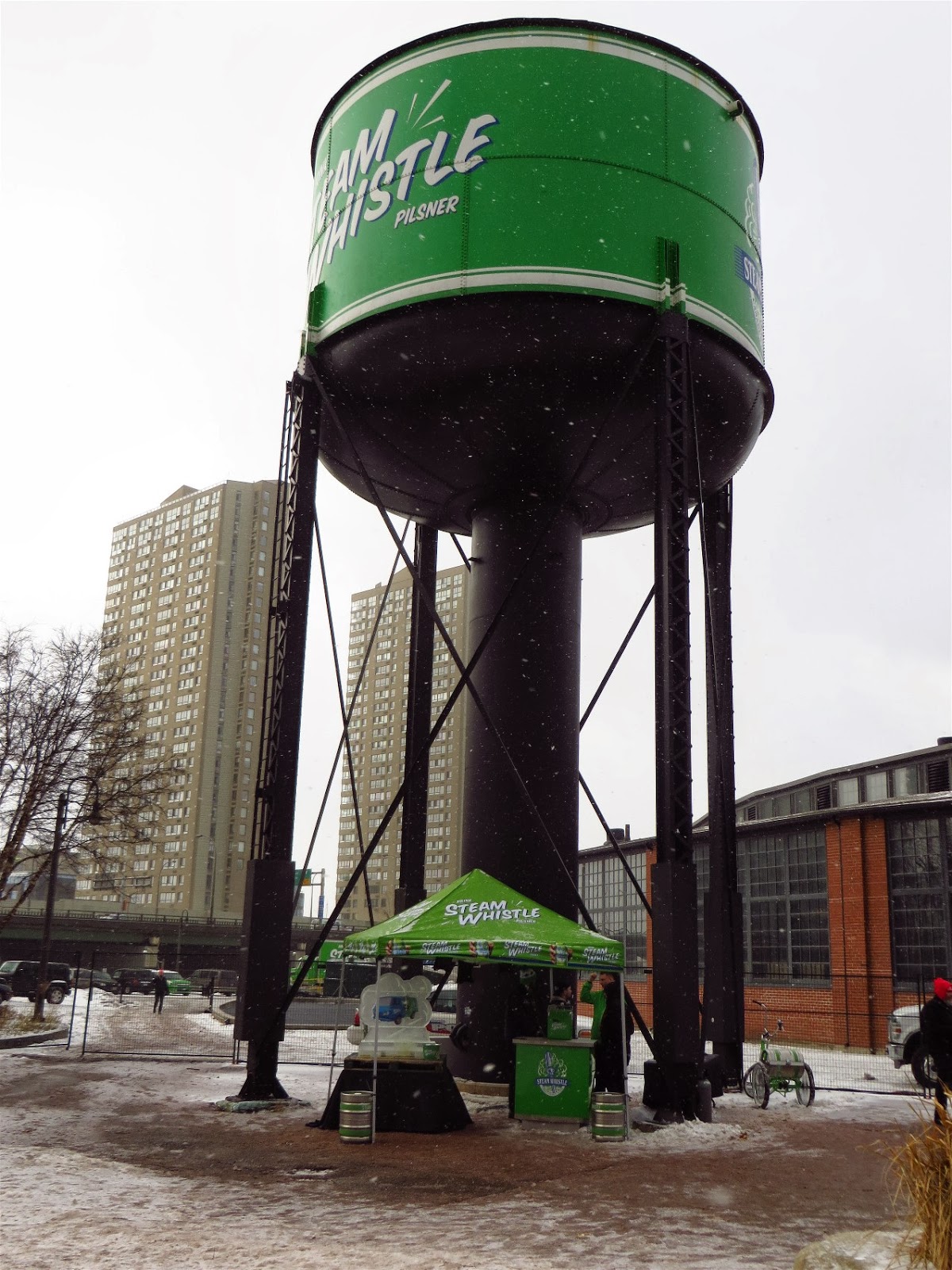 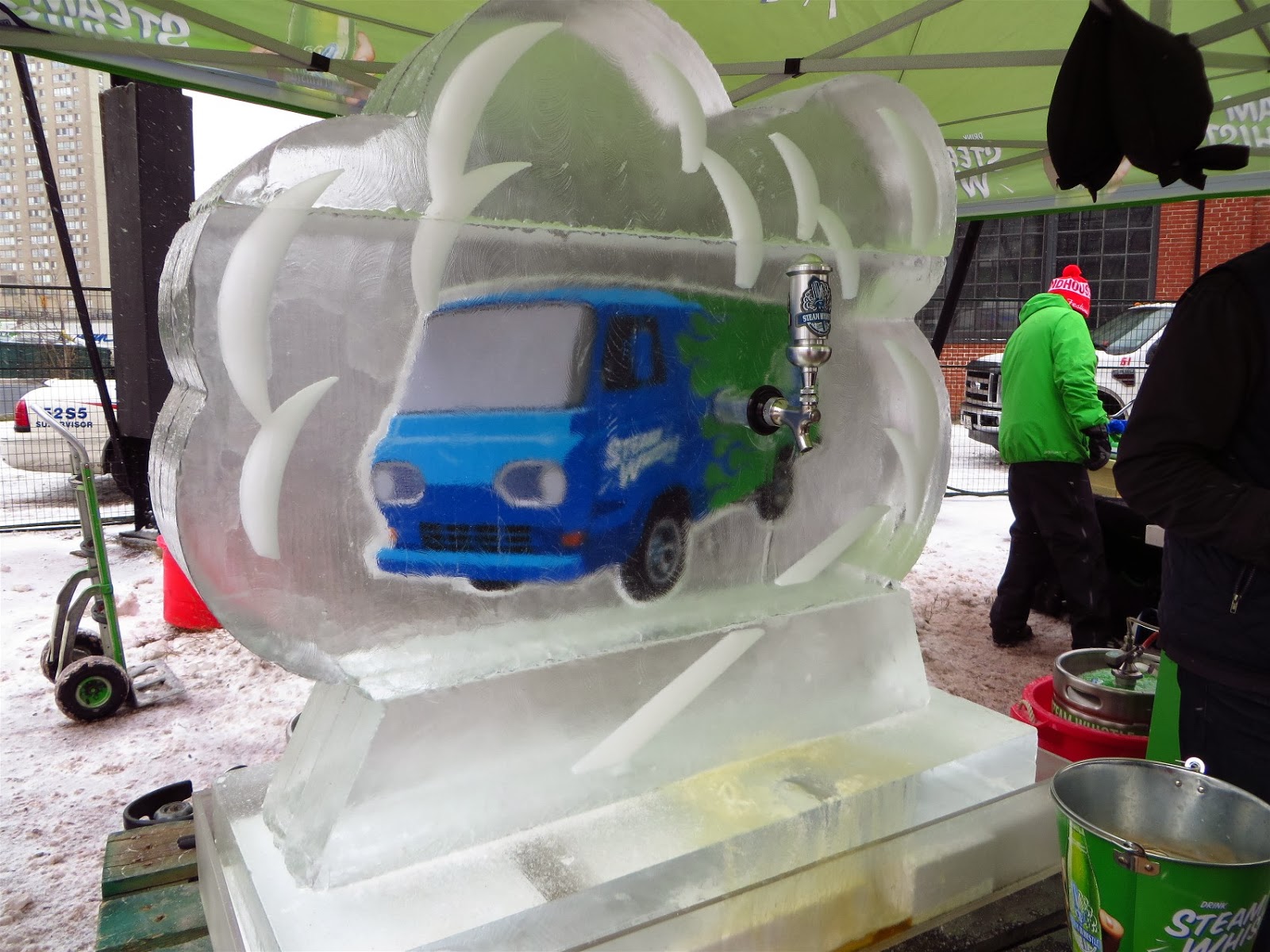 Steam Whistle was also giving out pretzel necklaces. Teena managed to get one of the last ones! 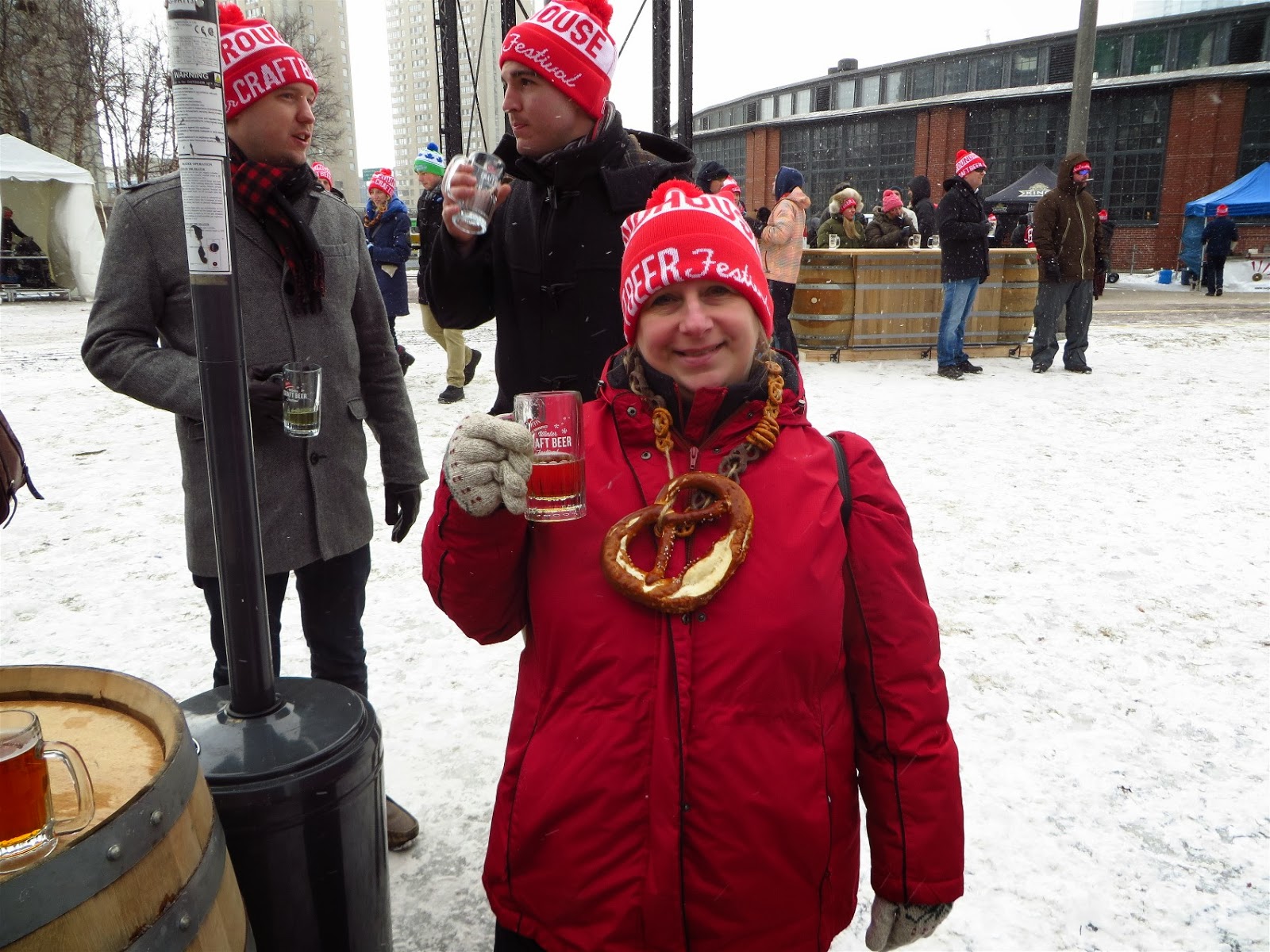 Here we are again! 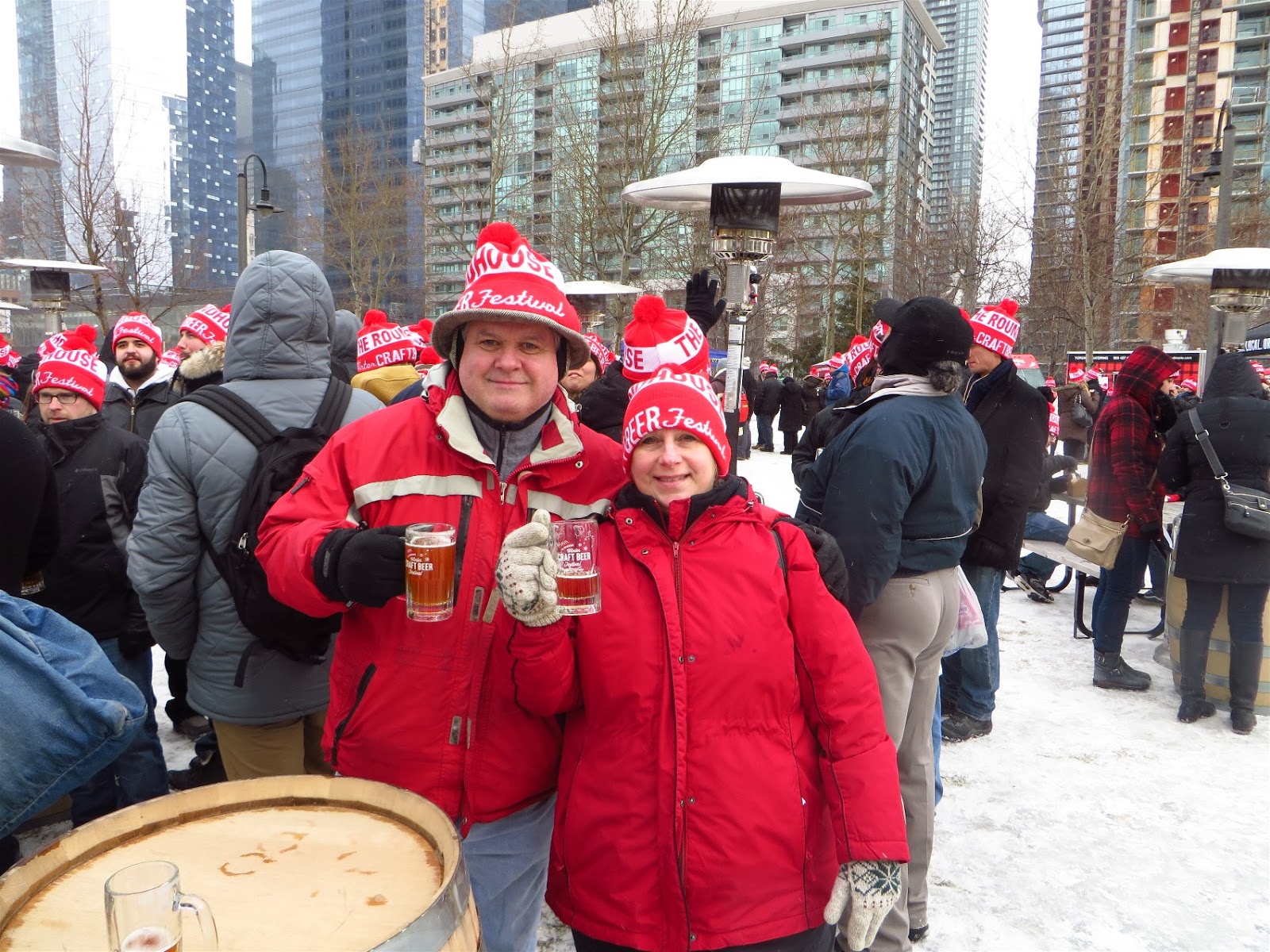 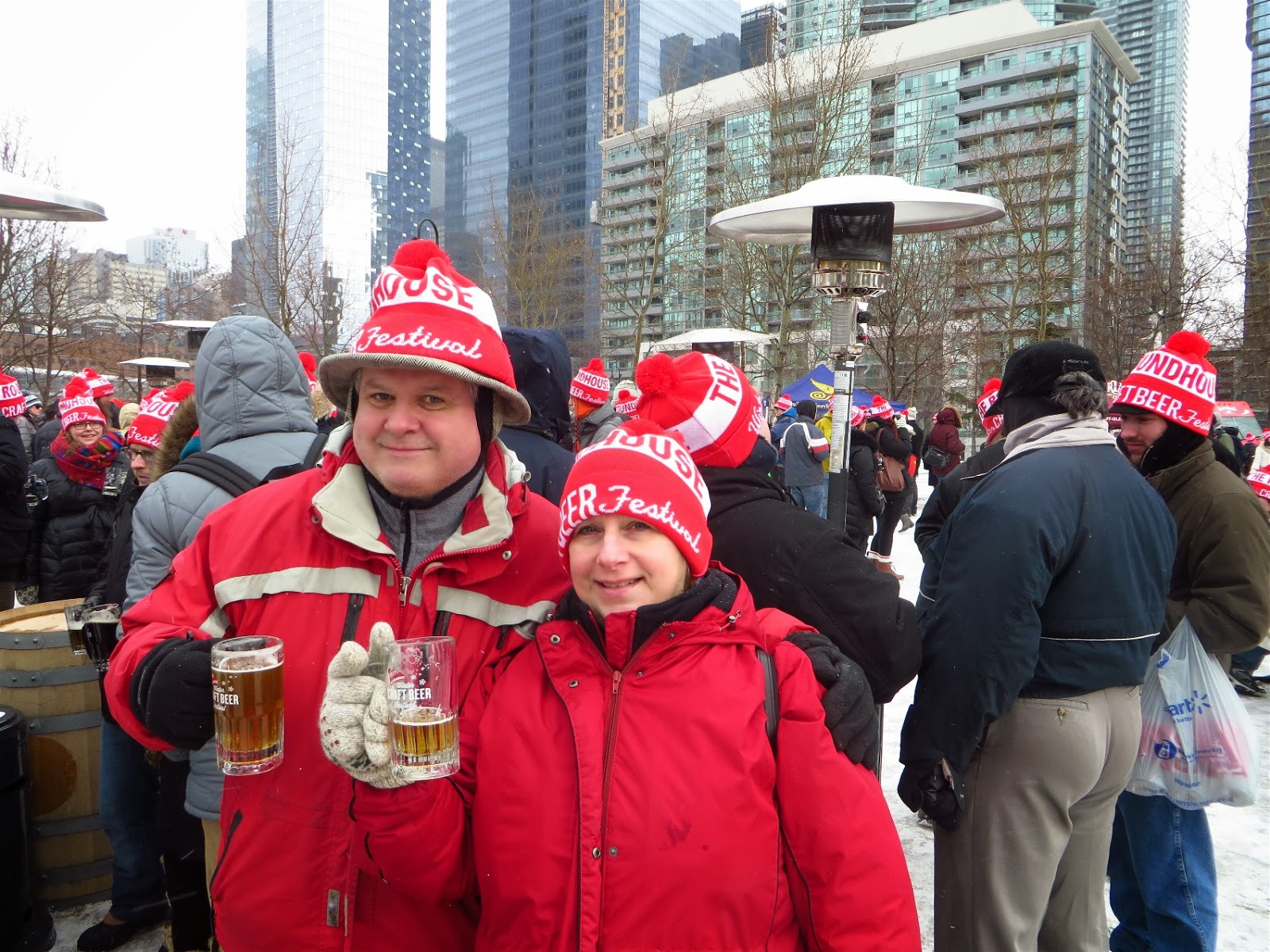 It's Robbie Burns Day and a few brave Scottish soles came out with their bare legs and kilts. 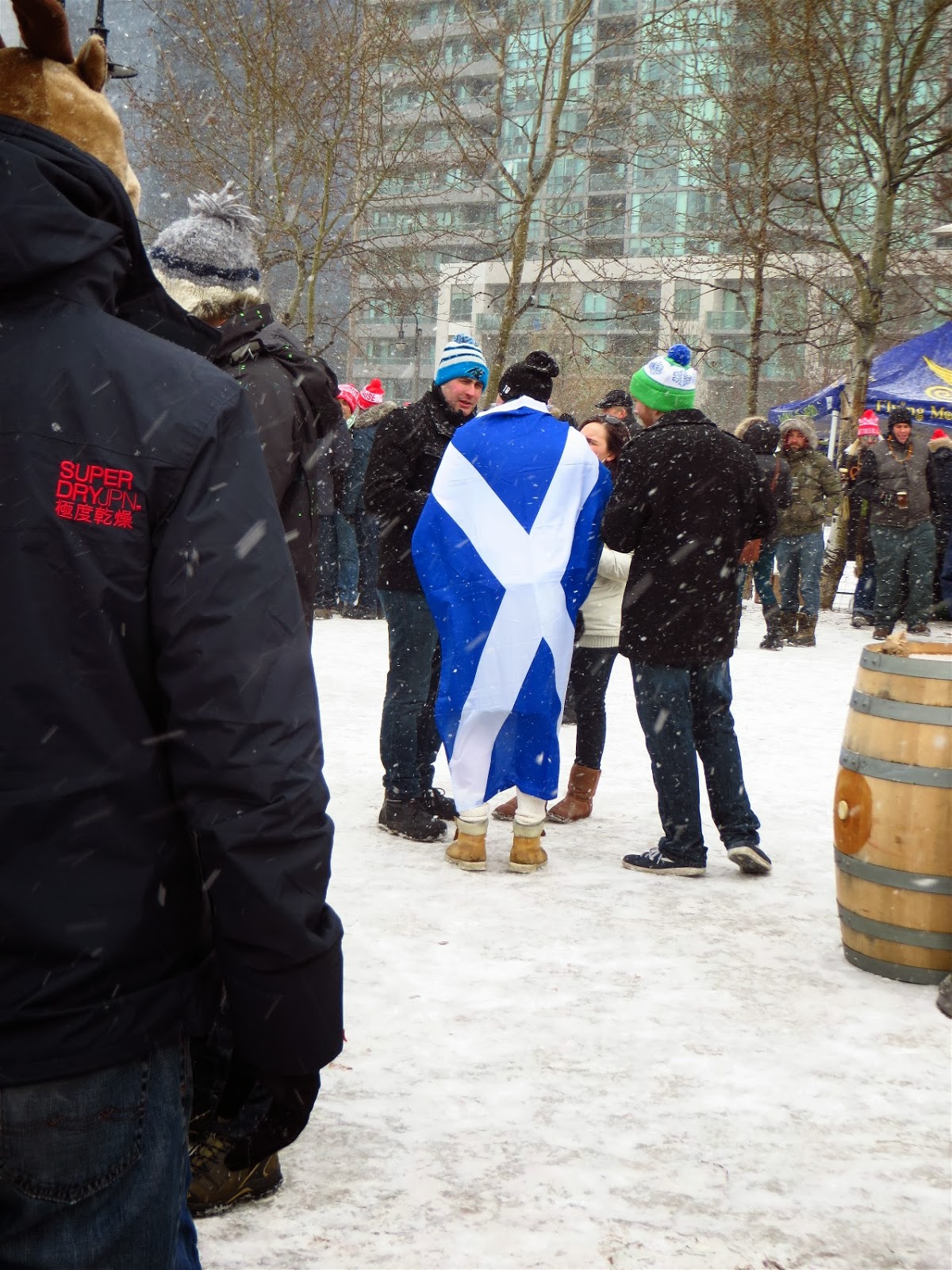 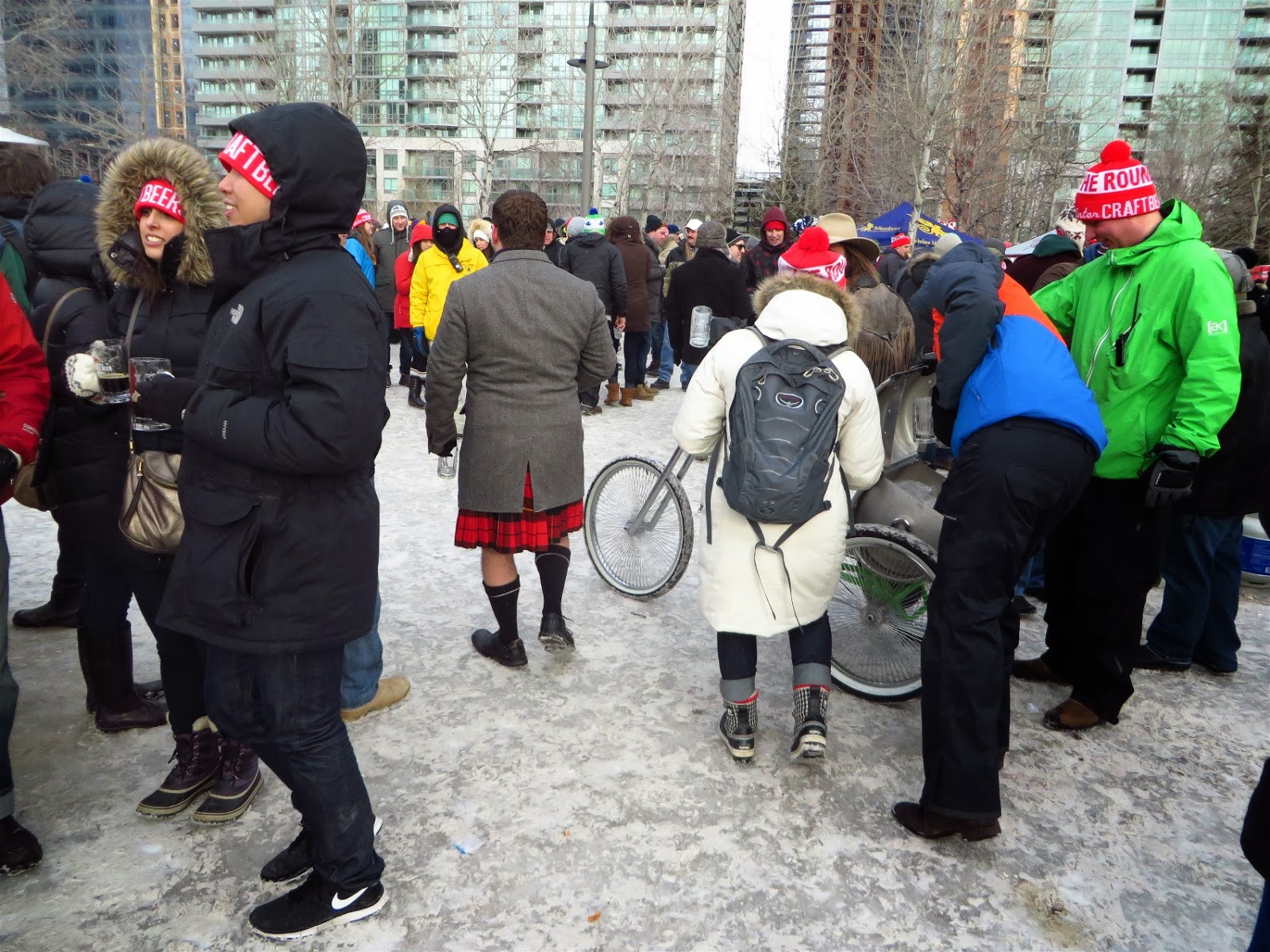 It was a great day and, for sure, Teena and I will be back next year, all layered up and ready for another day of great people and even better beer! 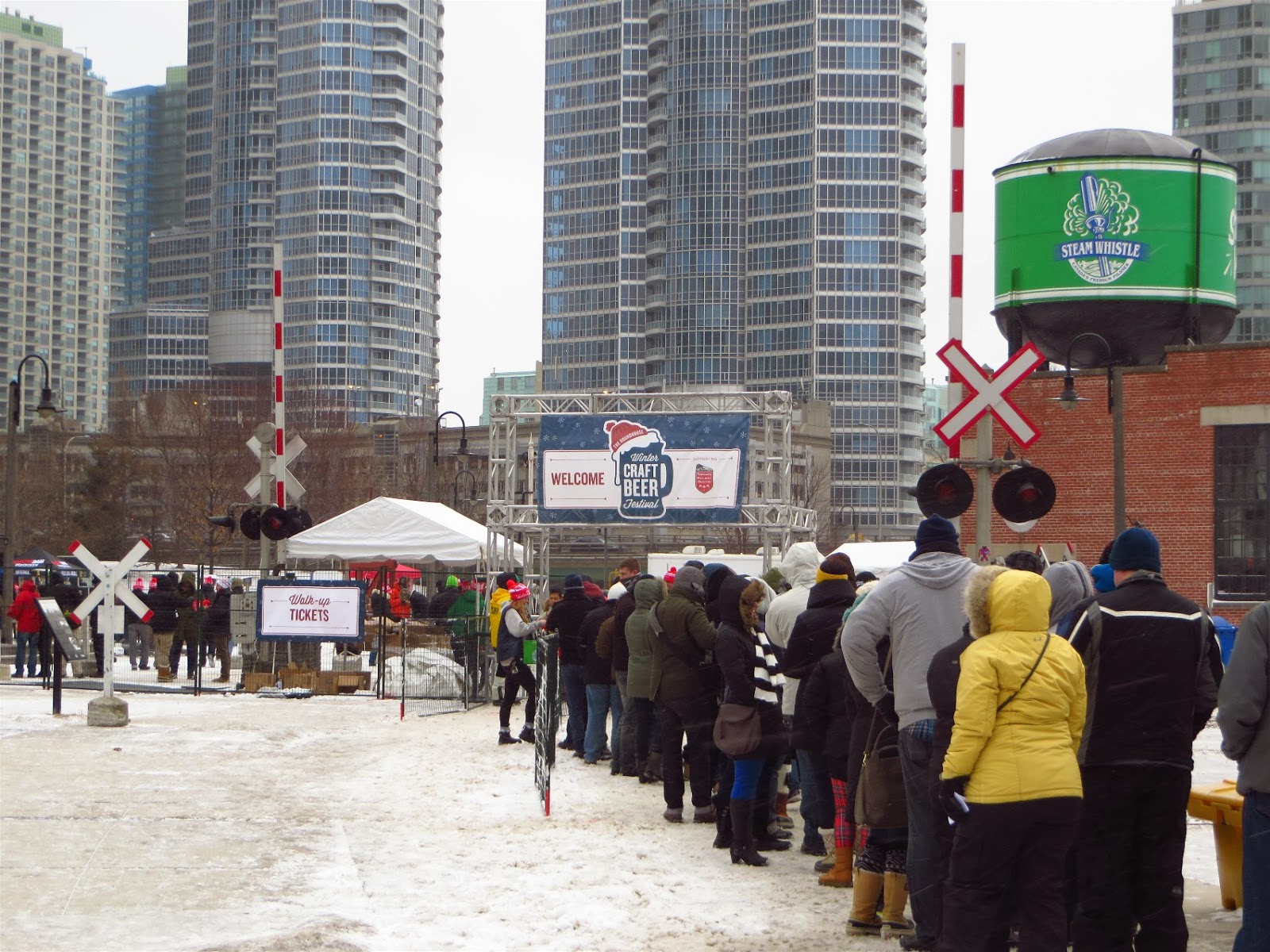 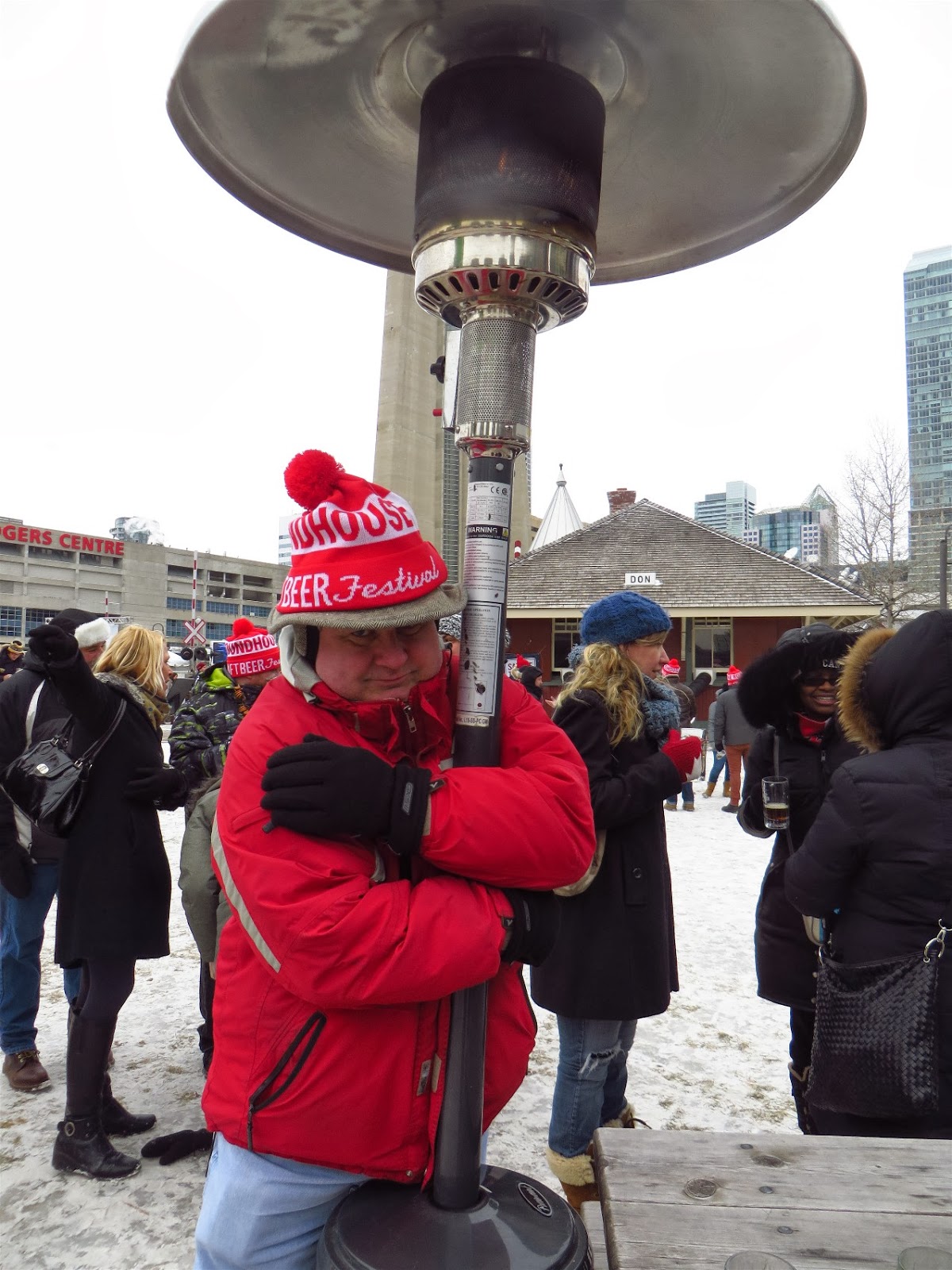 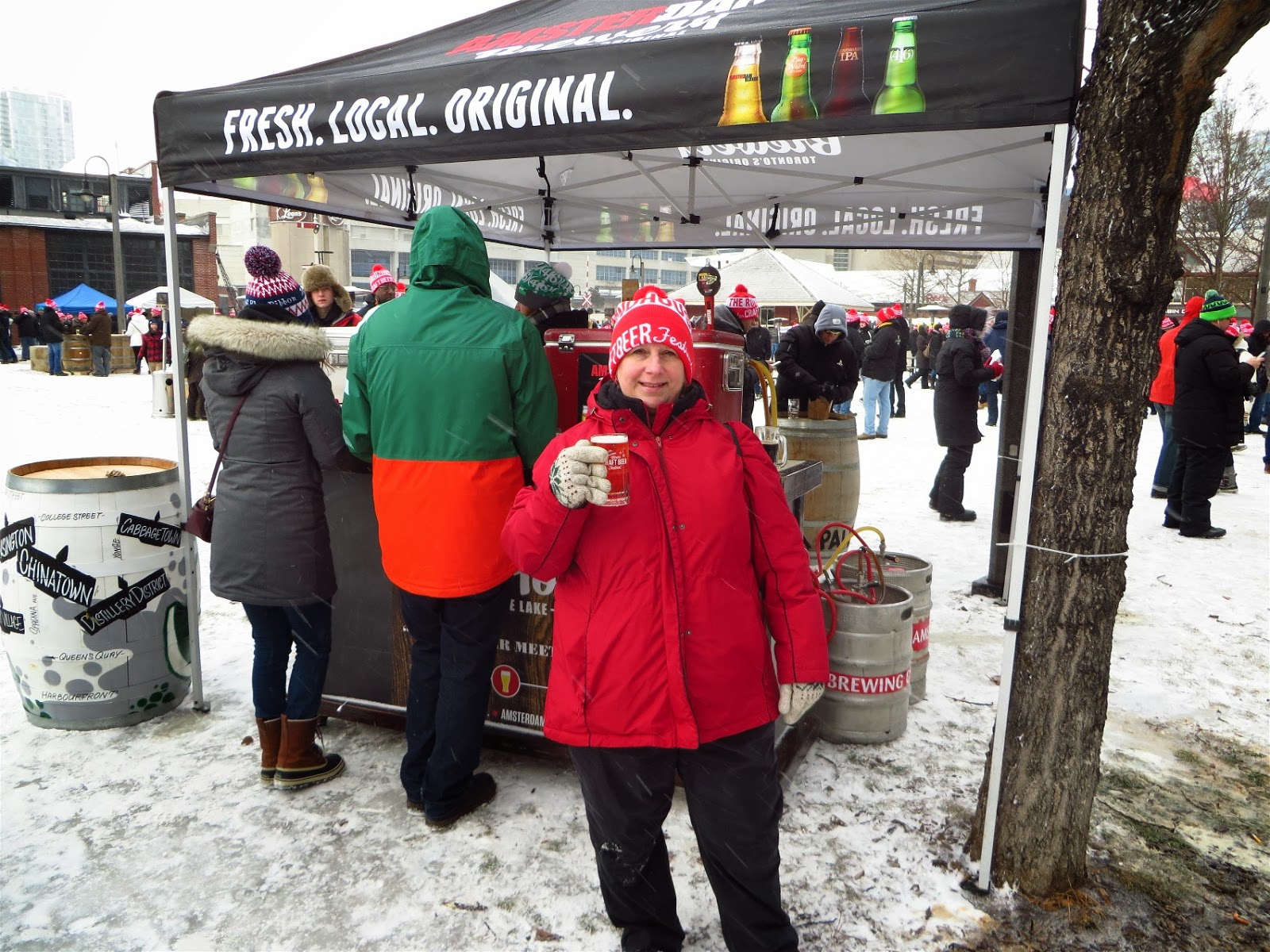 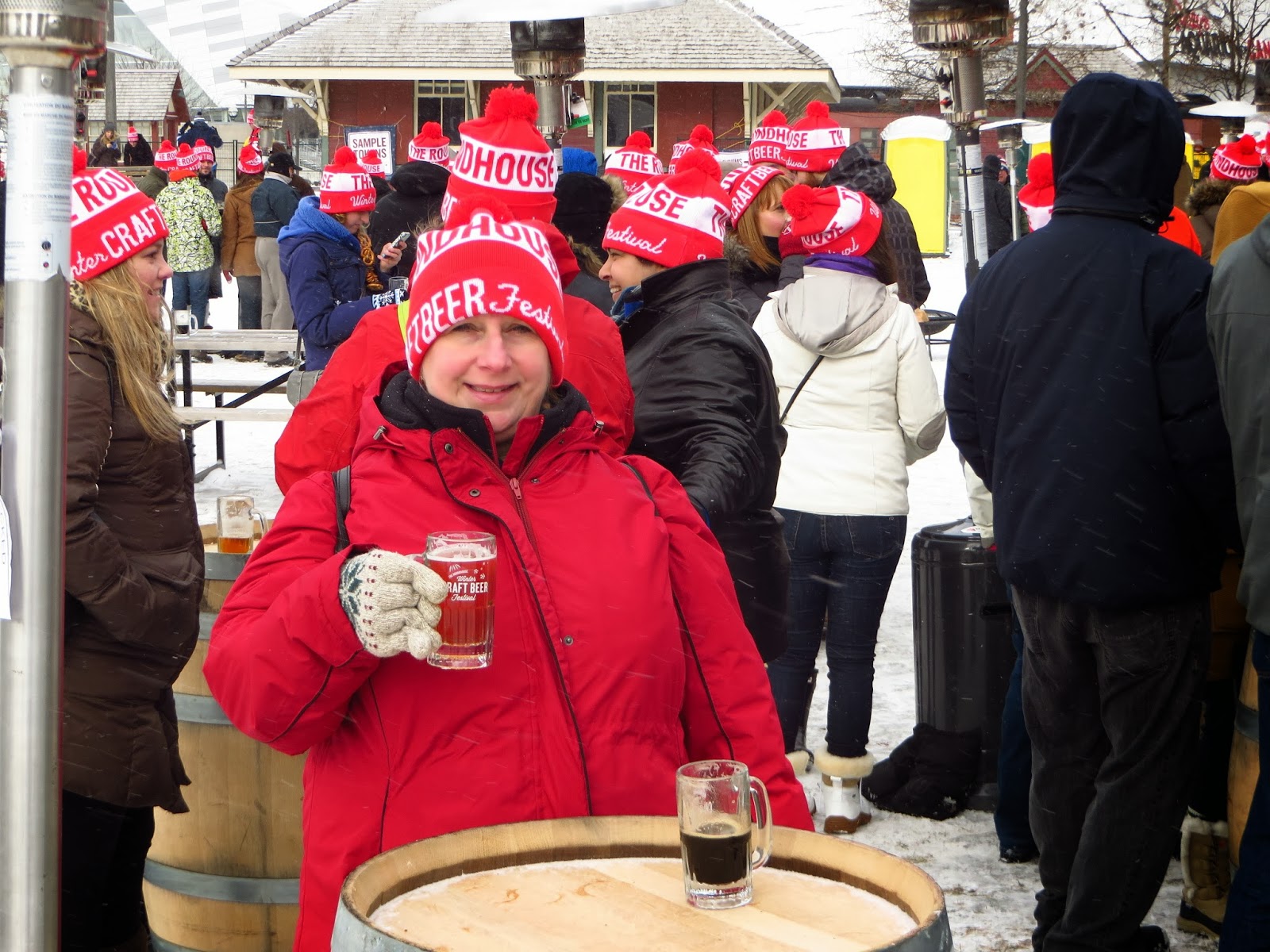 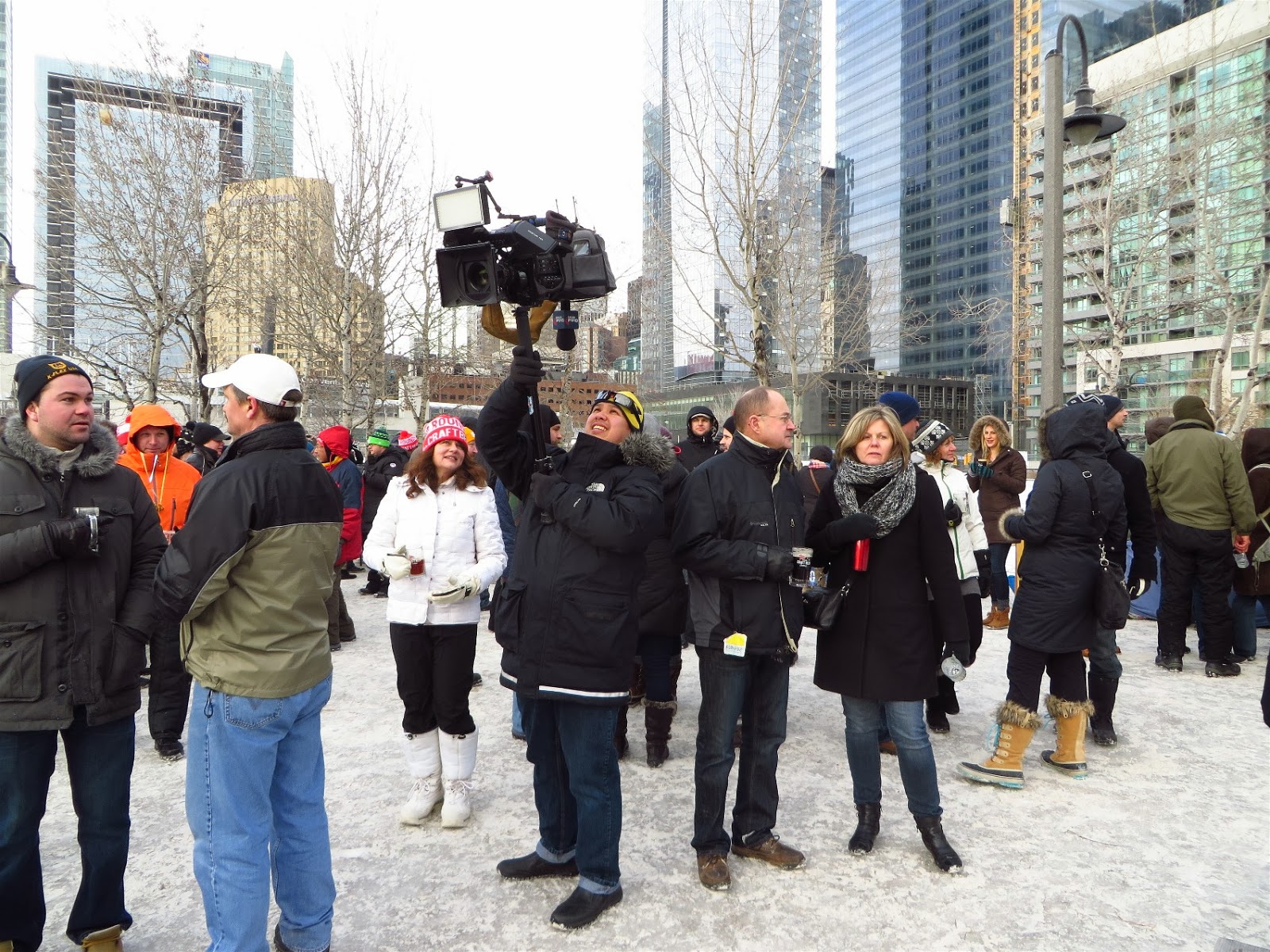 Sunday Update: Steam Whistle took a picture of the crowd from atop their brewery and posted it today. There we are, myself, Teena, Darlene and Christine inside that coloured square. (by the heater!) 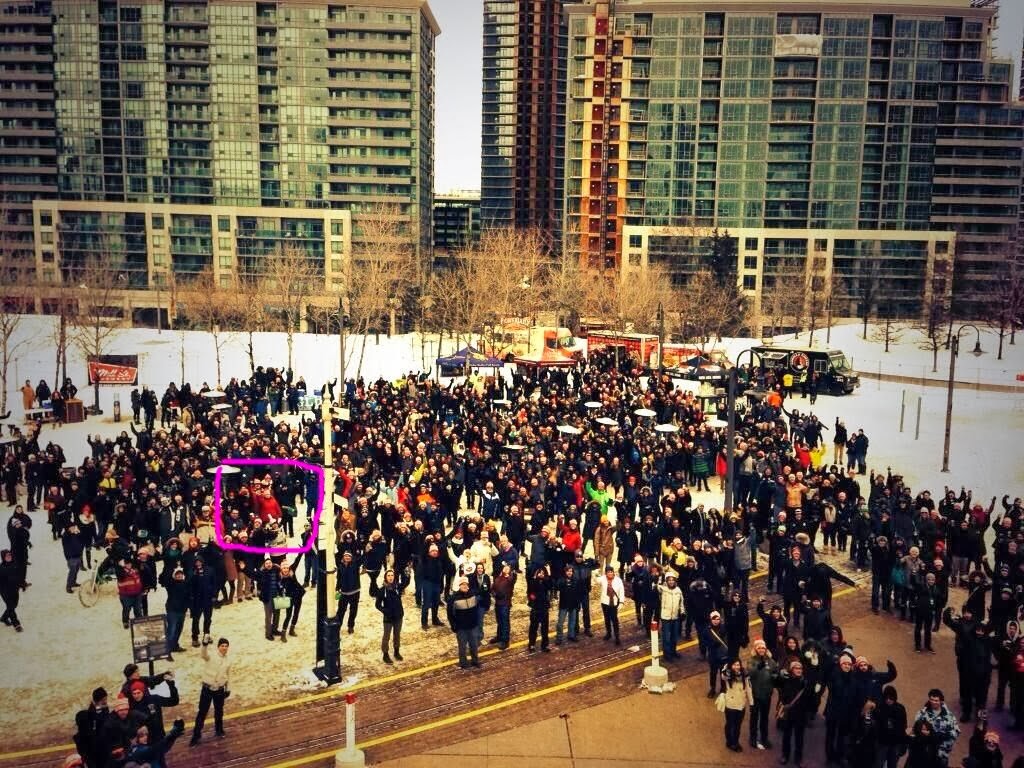 Brilliant post! I will be enjoying Christmas Beer Festival in Belgium with my family. I might plan to participate in Canada's festivities next year.