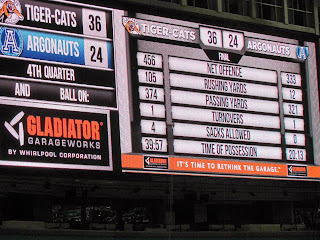 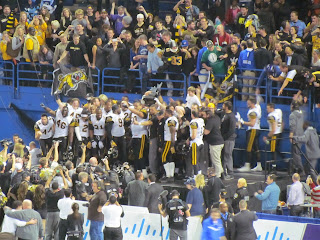 Yes, that's the Hamilton Tiger Cats raising the Eastern Division Trophy after a thrilling 36 - 20 win at the Roger Centre.

I was born and raised in Toronto and the CFL is the only sport where I cheer on another team. From a very young age when the CFL was the football game of choice for Canadians, before the CFL shot itself in the foot and blacked out local games forcing fans to watch the NFL (opps, I went off on a mini rant there), I was a Ti-Cat fan. I loved their logo, colours, their hard hitting defence, Angelo Mosca, John Barrow, Joe Zuger, Tommy Joe Coffey and Garney Henley. That love made me hate a Toronto team, the Argos. 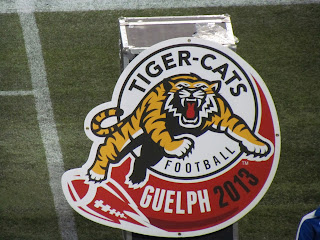 The Ti-Cat/Argo rivalry is one of the greatest in sports, yet they haven't met in an Eastern Division final since 1986. The last Eastern Final I was at was in 1983 when the Argos won a thriller. Today's game was a great game and the final score does not indicate how tight the game was.

Here are some of the fan get-ups Teena and I saw before the game, one reason I love football. 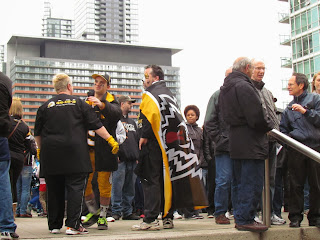 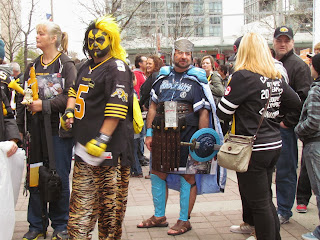 The west side of the stands were mostly Ti-Cat Fans, very loud Ti-Cat fans; however, these Argo fans hoped to drown them out with their drums. They did not succeed! 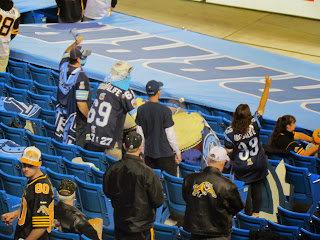 Ti-Cats get ready to take the field! 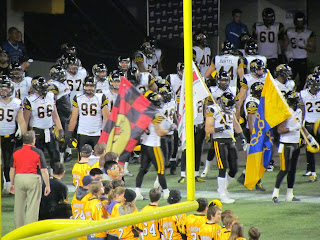 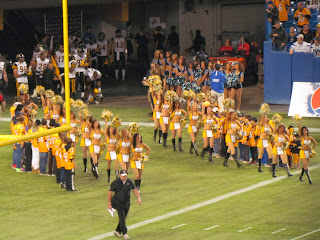 The Toronto Argo Cheerleaders give a performance. 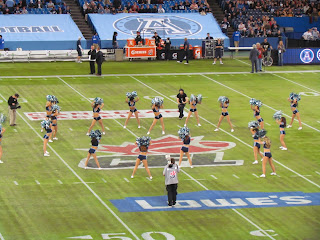 And it's time for the opening kick-off. The Argos fumbled on the return and although the Tabbies did not score a touchdown, they did kick a field goal to come away with a 3-0 early lead! 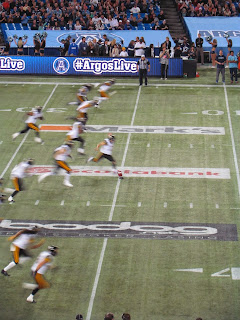 The Tiger Cat faithful were out in full force. Oh, the Ti-Cat Cheer, one which we did over and over! 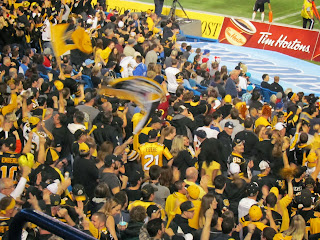 Action shots. Many pix just did not turn out! 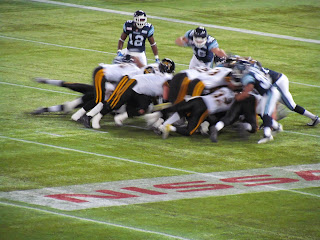 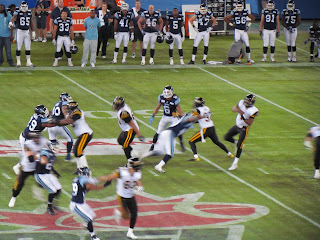 The Ti-Cats were down 24 - 10 with a few minutes left in the second quarter. They would not allow another Toronto Argo point for the rest of the game.

Kardinal Offishall was the half time entertainment. Although I saw many singing along, he won't be on my iPod! 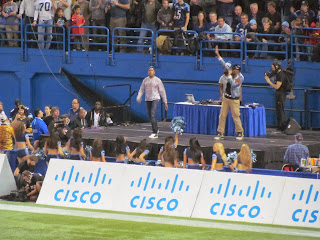 The Hamilton Ti-Cat cheerleaders were there behind the Hamilton bench. 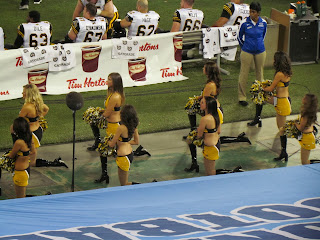 Hamilton tied it up in the third quarter and added these two field goals to take a 30-24 lead. 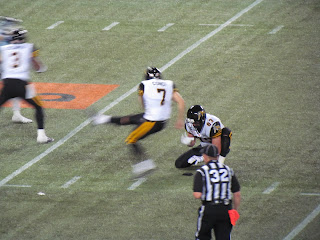 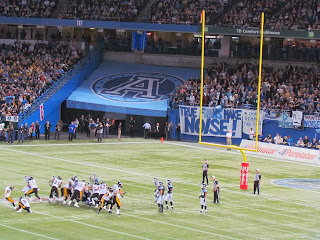 With ten seconds left in the game, Hamilton punted and for a moment it looked as though there might be a great long return ... until a fumble which bounced and was fumbled again and again into the Argo end zone for a Ti-Cat touchdown!

We outplayed the Argos. We outcheered the Argos in their own stadium and in the end out scored them for the win.

It was a fabulous afternoon for me and all the Ti-Cat fans. On to the Grey Cup against the Saskatchewan Roughriders. Our pal, Shawna, is a Roughrider fan. Care to make a little wager??? 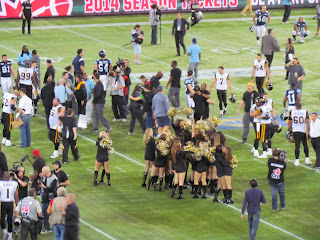 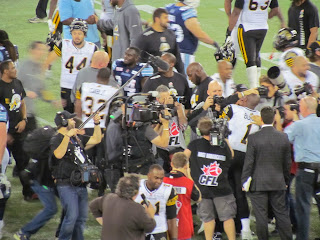 What happened to John Reid 1969-1971 he played center ?We are doing a bio on him for a family history and we can't find out anything.Help if u can Please Sincerely Tina A.