Jays Swept by the Angels 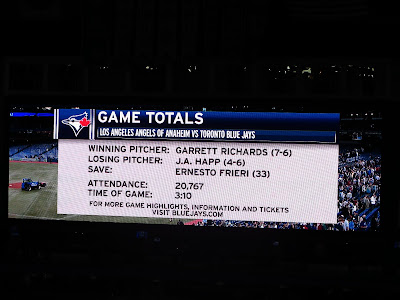 Teena graduated from St Francis Xavier University in Nova Scotia and their Toronto chapter puts on a few events during the year to bring alumni who live on the area together. Tonight it was pints of Keiths and snacks at the Loose Moose on Front Street, then off to see the Jays take on the Los Angeles Angels.

There were not a lot of fans at the game tonight, but the roof was open and the air was enjoyably fresh! 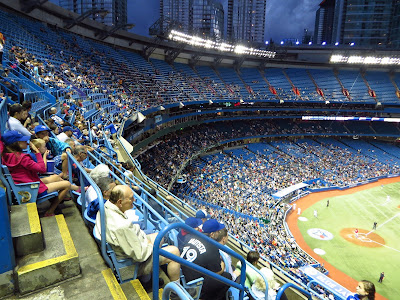 I love my new camera! Here are some shots I took tonight with it and it captures the ball in flight very well and the pictures are very clear, even though they were shot from a distance from the 500 level. I do not use the continuous function when I shoot, preferring to capture what I want to shoot with one click of the button. It's more fun and challenging. Picture one and three below are from two different pitches. 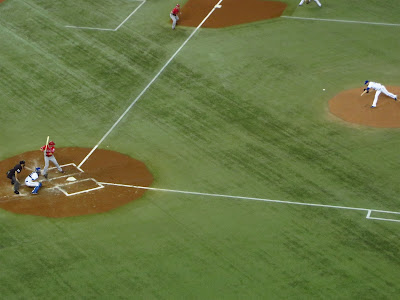 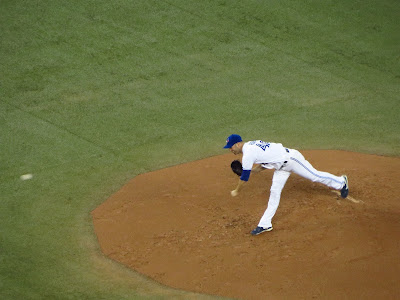 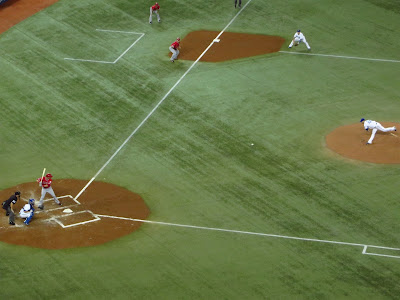 I managed to capture the ball leaping off of Jose Reyes' bat for a home run! Note the white spot just above the dirt is some chalk on the field. 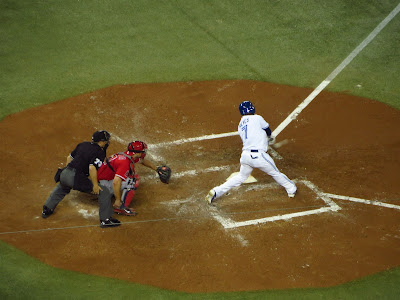 Brett Lawrie swings and misses. He has been hitting great lately, just not tonight. 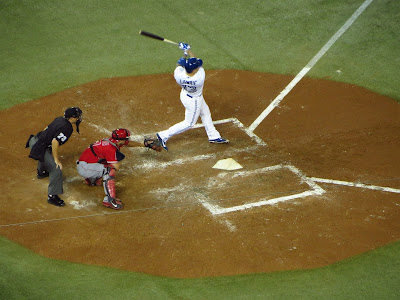 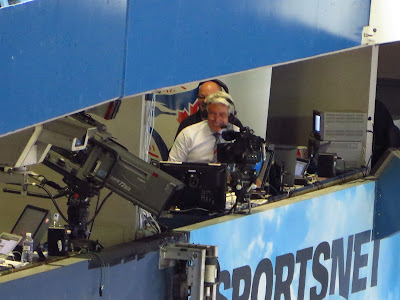 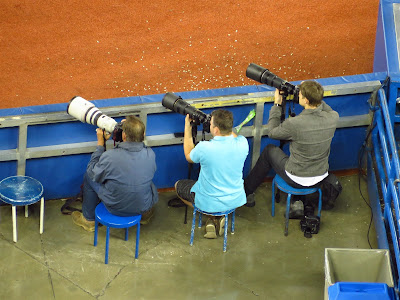 Despite the Jays' loss it was a fun night and I met a lot of good people. Next Thursday I'll be seeing the Jays again against the Yankees with my buddy Roger ... hopefully with a better result!
Posted by Swordsman at 22:00