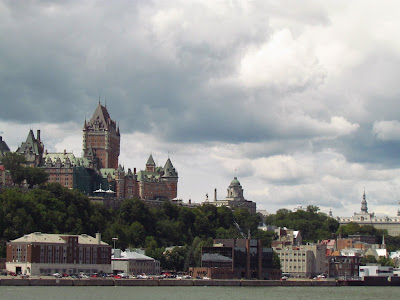 Today Teena and I did a 90 minute boat cruise along the St Lawrence River aboard the Louis-Jolliet.

The weather was interesting. It would be cloudy, looking like rain and then the sky would break and be a deep blue. We were lucky as it never rained. 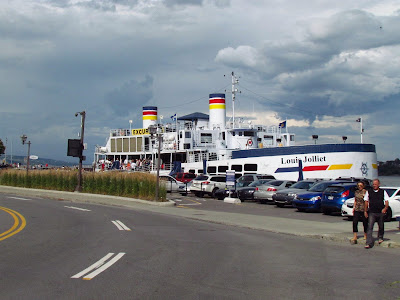 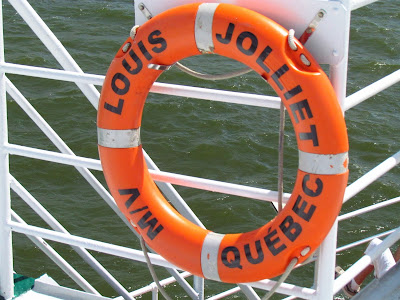 This was our guide and talked for almost all the ninety minutes. The problem was it was so windy we could only hear him when we sailing east with the wind at our back. Going into the wind it was too noisy. In fact, it was so windy that our deck chairs would blow away if we stood up and did not hold on to them.  We had to be sure our bags were wrapped onto a chair or they would blow across the deck too! 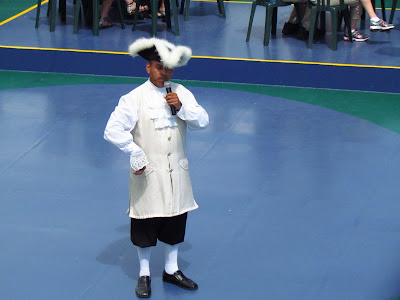 Here is the Québec-Lévis Ferry which runs between Quebec City and Levis across the river. 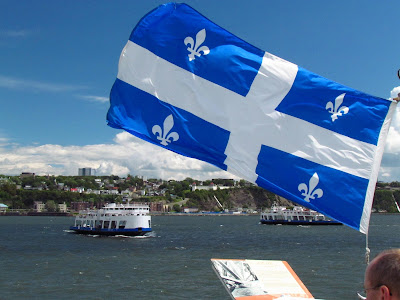 A view of the city and to the left is the Kings Bastion at the Citadel, with the cannon Rachel defending the river. The Canadian flag flies proudly over the bastion. 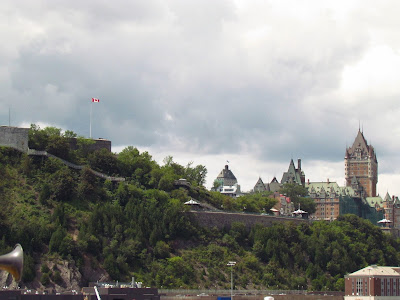 Quebec City has a very busy working harbour with many ships sailing in and out. 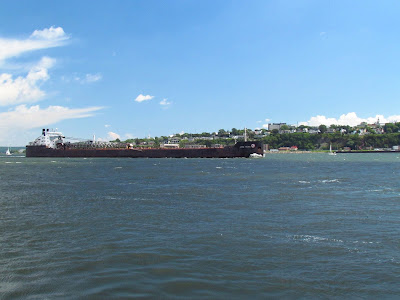 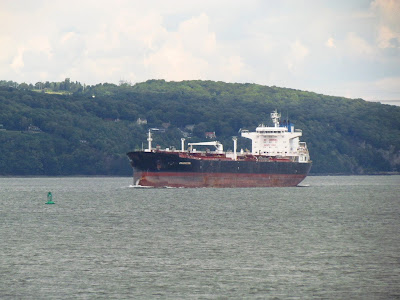 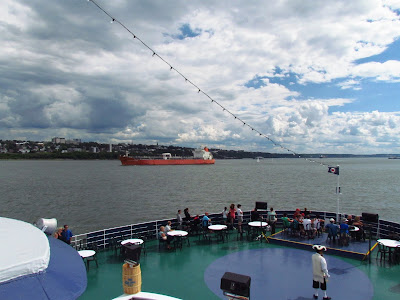 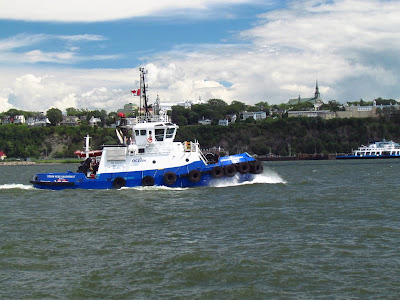 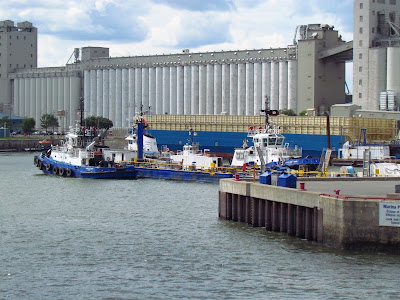 As it was so windy, this loading area was being constantly watered down so whatever was in the piles did not blow away. 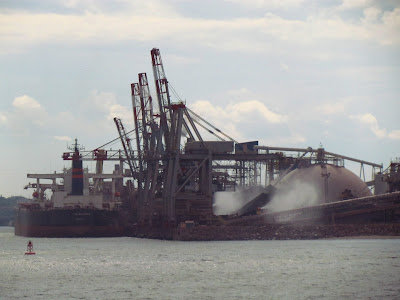 There was more to see than a working river. It was a scenic cruise. This place on an island looked a little lonely and secluded. 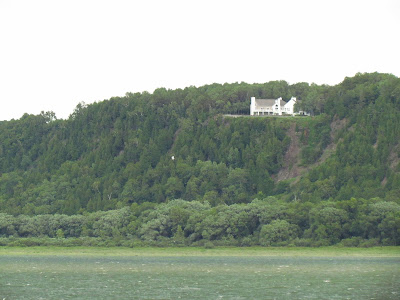 Here are Teena and I. 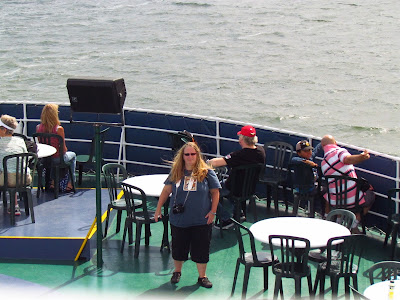 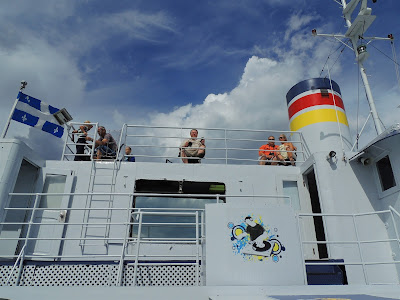 A highlight of the cruise is Montmorency Falls which is 83 m (272') tall, a full 30 m (99') higher than Niagara Falls! There is a big park above the falls, cable cars that run up and down and a staircase to reach the bottom. 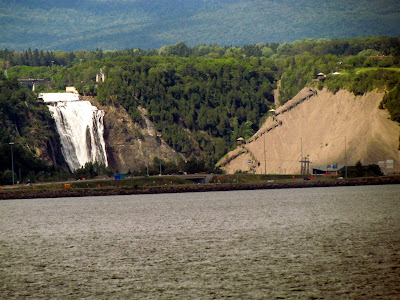 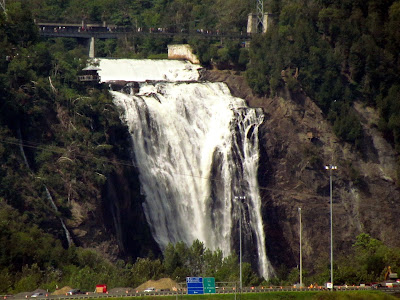 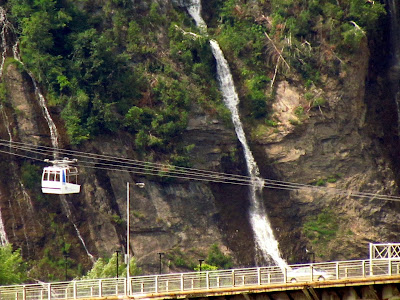 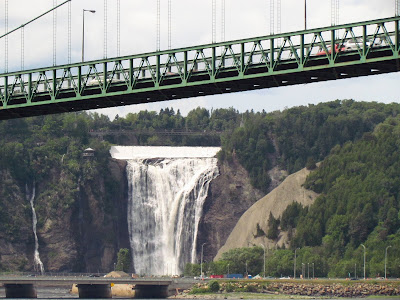 I told you this was a working river. Sometimes ships will get in the way! 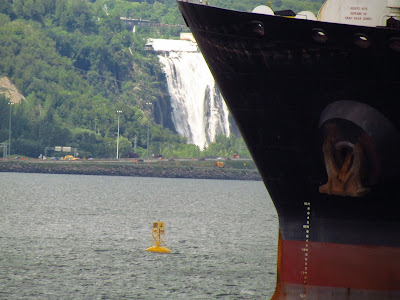 Here we are heading back west towards the city. We are heading into the wind making hearing our guide impossible but the camera hard to steady. 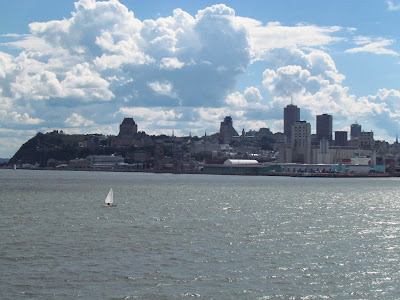 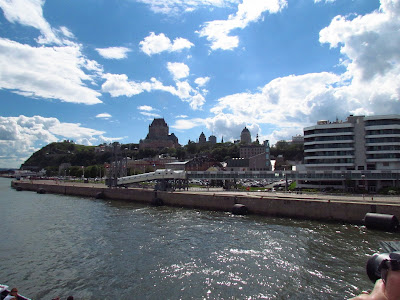 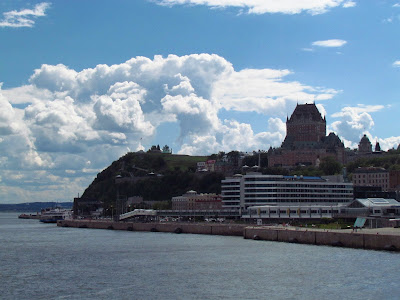 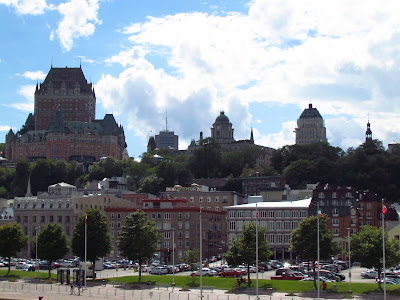 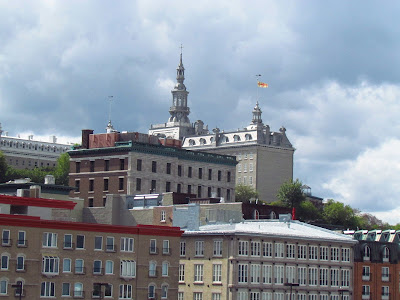 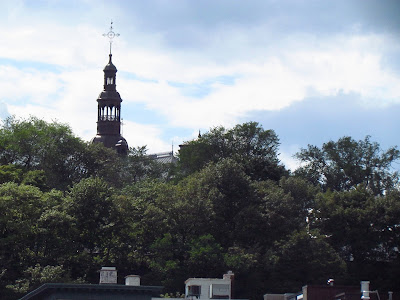 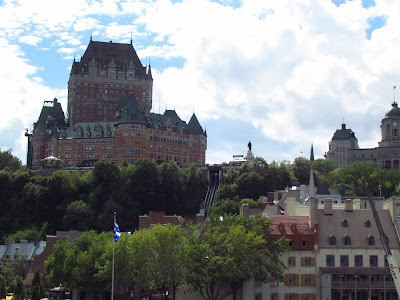 It was a very enjoyable cruise and one I would recommend to anyone. It was the second last thing we did before leaving Quebec City. The last thing was to grab a baguette sandwich from a epicerie on the way back to the hotel. It was delicious! 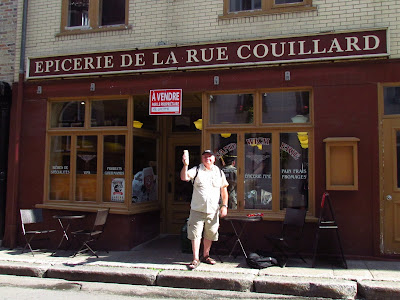