Doors Open - The Church of the Holy Trinity 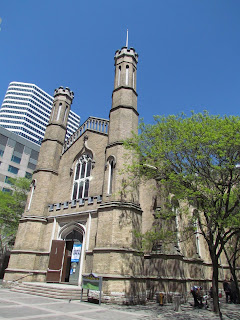 Our second stop for Doors Open was the Church of the Holy Trinity tucked in behind the Eaton Centre. It was built back in 1847 for the poorer families of Toronto. Other churches in the city at the time catered to the more wealthy citizens of the city by charging  pew rentals. A generous donation of 5,000 pounds by an English woman Mary Lambert Swale and the land was donated by Colonel  John Simcoe Macaulay. 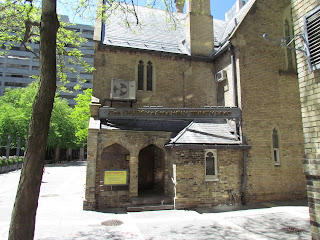 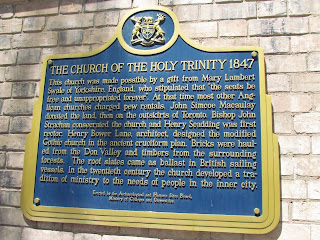 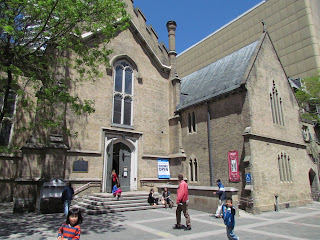 The church was almost torn down to make way for the Eaton Centre, which would have been a shame as it is well attended and a nice piece of architecture. It is quite beautiful inside. 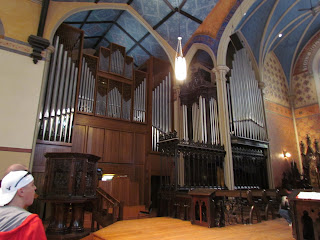 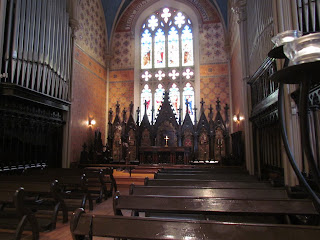 Here is a view from the balcony above where the choir usually sings from. To get there, I was led up through the bell tower. Of course, I  pulled on the rope and rang the church bells. Teena did too when she went up. 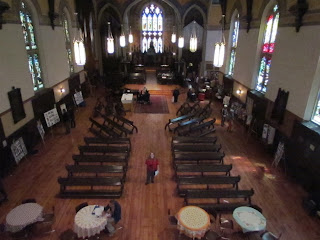 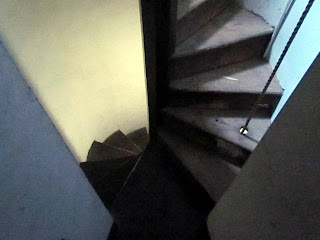 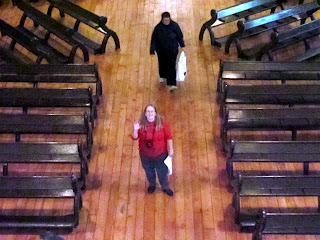 The seats are the original seats from 1847. 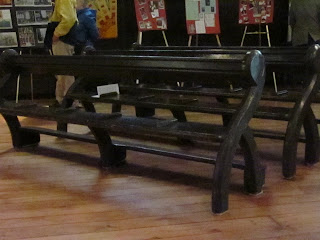 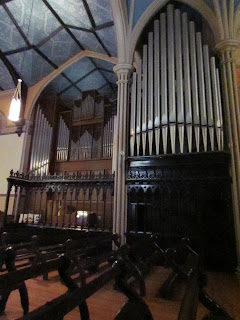 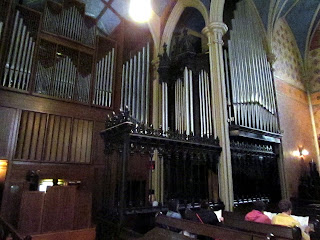 Teena took much better pictures for her post which is here. The church was much bigger than I expected and I'm glad that I had the opportunity to explore it. 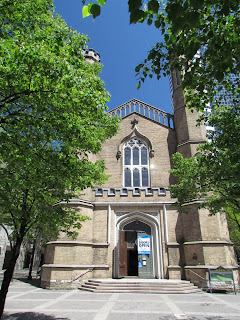