Our First Blue Jays Game of the Year! 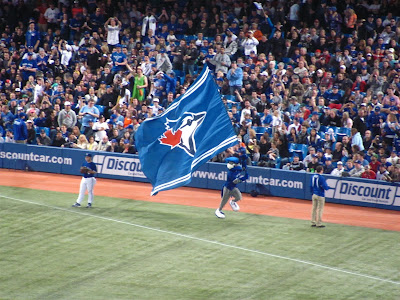 Every year Teena and I are at opening day for the Toronto Blue Jays. This year with all the trades, excitement and anticipation for this season, opening day sold out in minutes and we were unable to secure tickets. Instead we chose today's game against our division rivals the Boston Red Sox.

Our friends, who all live outside of Toronto, drove in and joined us. Here is a shot of Craig, Rachel, Christine, Teena, Alfred and Kevin, all enjoying the game. 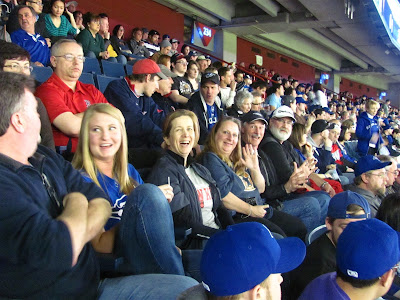 Boston manager and former Blue Jays manager, John Farrell, was heartily booed every time he took the field and was here at the exchanging of the scorecards. 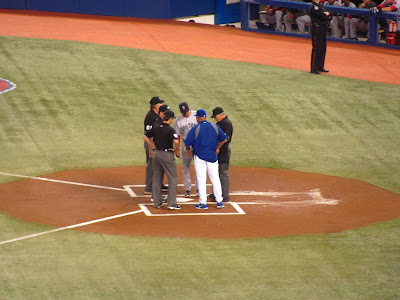 Here is J.A. Happ's first pitch of the game. He pitched a great game and got a standing ovation when he left in the sixth inning. 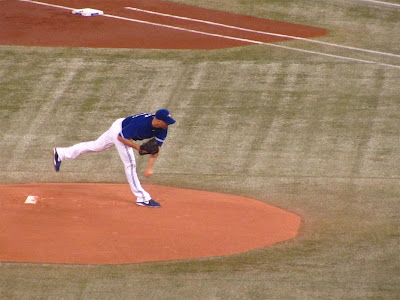 The house was rocking, especially when J.C. Arencibia hit this two run home run shot in the bottom of the fourth to put the Jays into a 2-0 lead. 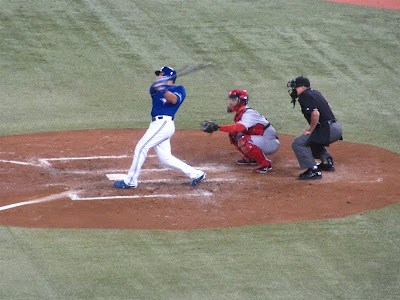 Craig and I walked over to the new standing room section where the old wasted space Windows Restaurant. It is a very popular and happening place. Everyone was friendly and having a great time 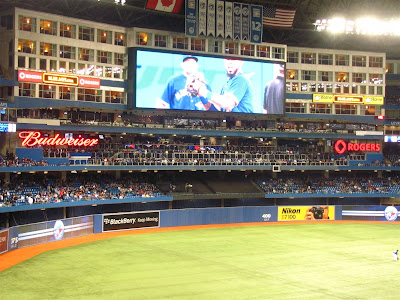 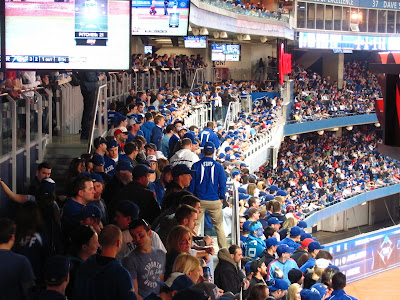 I met a couple a Jays who were out of the lineup today. 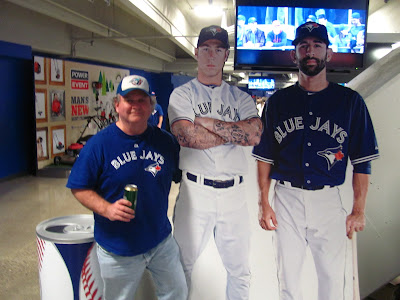 OK, they weren't really there! The fans in the section were all hollering down to Colby Rasmus, who had just hammered his own home run before taking his spot in centre field. 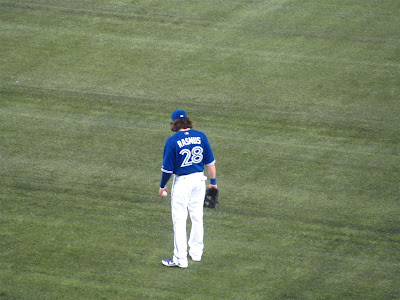 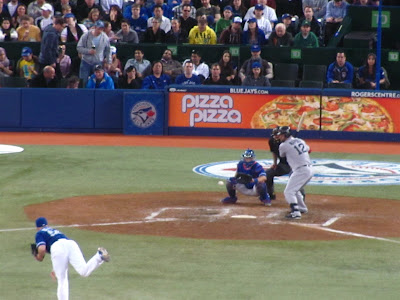 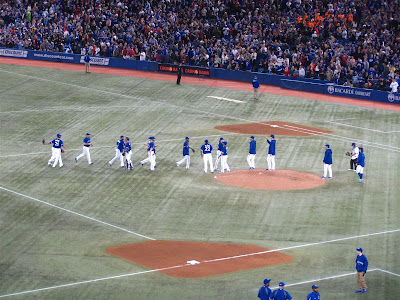 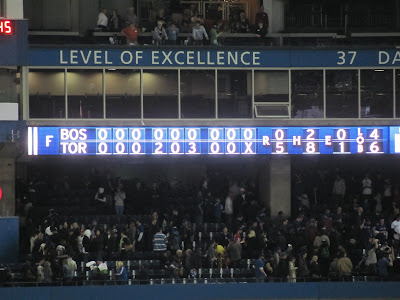 After the game, the kids ran the bases. It's always fun to watch. 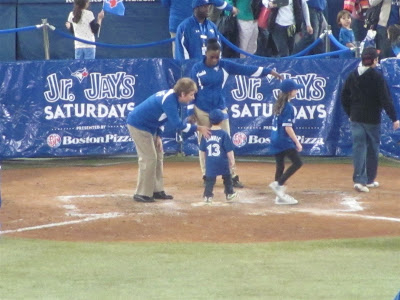 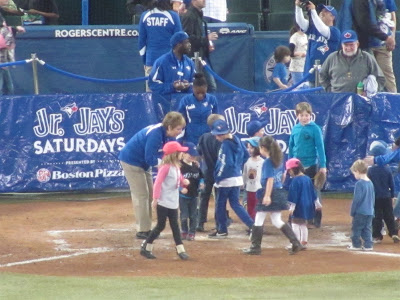 The Jays are now 2-3, a little behind what fans were expecting but have 2 wins in their past 3 games. Much better. Needless to say that this is not Teena's and my last trip to the ball park this year!
Posted by Swordsman at 19:17