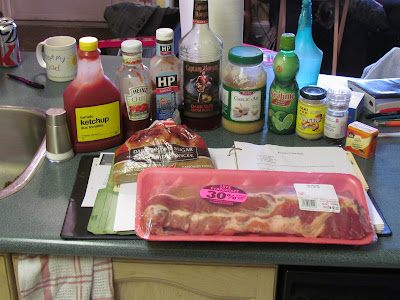 Yesterday we found some pork back ribs on sale so Teena suggested that I make my famous Rumrunner Ribs, which I thought was a great idea. Although I have made them before, I have never posted the recipe. So here it is.

Here is what is needed:

Bring all the above to boil over a medium low heat for 5 minutes. Remove from heat and stir in:

I find the best way to marinade meat is to put the meat in a plastic bag which is in a bowl in case there is leakage. Pour in the marinade, tie the bag off, then place the bowl in the fridge. This makes it easier to flip the bag around, which I do each hour for about 4 hours. 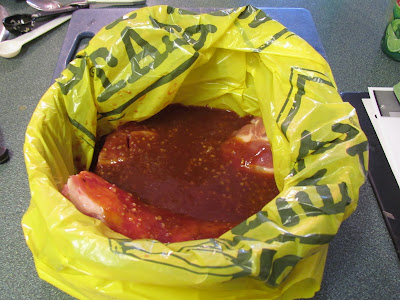 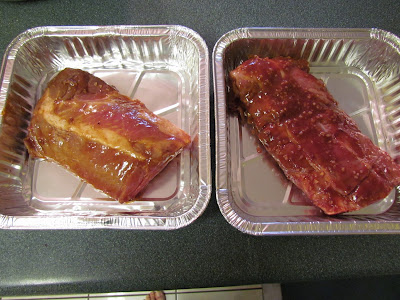 If doing on the BBQ be sure to spray the racks first or you will be scrubbing for a long time after. BBQ on a low heat, basting with each flip. Ribs are done after the last of the sauce (marinade) is gone.

I baked the ribs tonight, putting the ribs into a foil pan, covering with tin foil and baking at 300F for an hour. Then I basted, turned the oven up to 350F and turning and basting every 15 minutes or so for an three quarters of an hour. 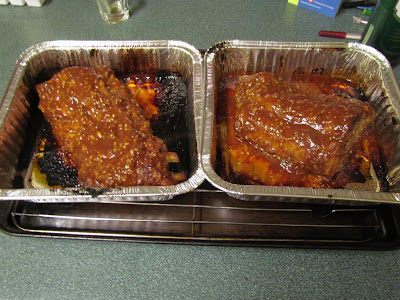 For the last 15 minutes, I removed the foil and gave them one last baste. They came out fabulous! 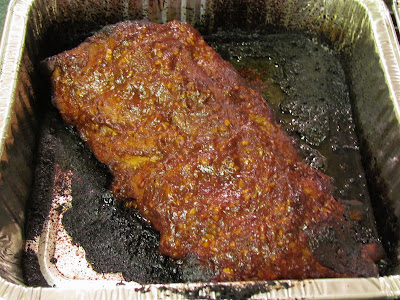 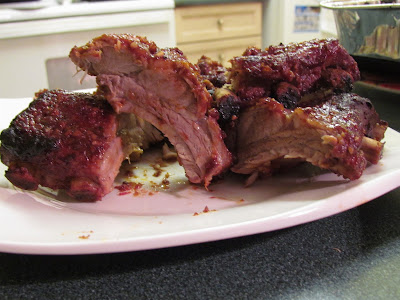 There were no leftovers. It was my first time baking rather than BBQ these and they turned out great. I have Teena's permission to make them either way anytime!
Posted by Swordsman at 19:00