Snowshoeing the Summit of Mont Tremblant 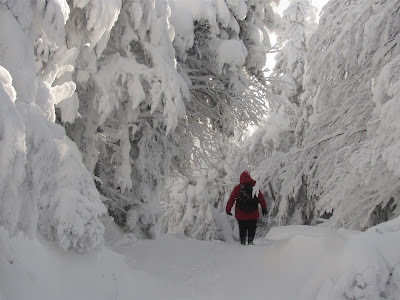 This afternoon Teena and I took the gondola to the summit of Mont Tremblant to do some snowshoeing.

The temperature this morning was minus -15C in the village and another five degrees colder at the 875 meter (2870 ft) summit of the mountain. With the wind chill, it was between -25C and -30C.

How cold is that? Teena's camera froze along the way!

It was a beautiful sunny day as we headed up but when we were about a couple of hundred feet from the top, we entered into a kind of haze. It was very surreal. Here is a picture when we reached the top and another taken when it cleared a few hours later. 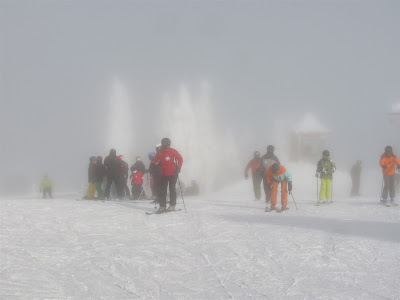 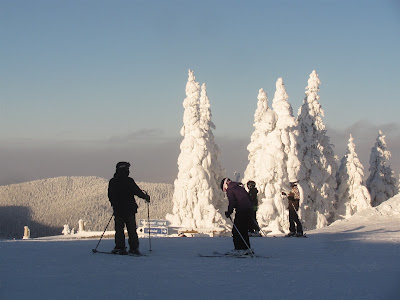 We started along a trail called Tour du Timber, which wound through the forest. The problem was that as beautiful it was, it was steep as we went down into the canyon and we were cutting a trail through fresh snow. I took a couple of falls on the way down and when we hit an extremely steep section, decided we should turn back and try another trail. I think we made the right decision. 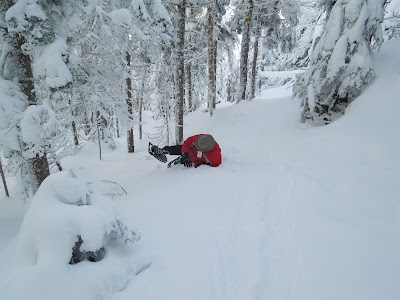 It is so hard to describe the beauty of the forest but here are some pictures from along that trail. 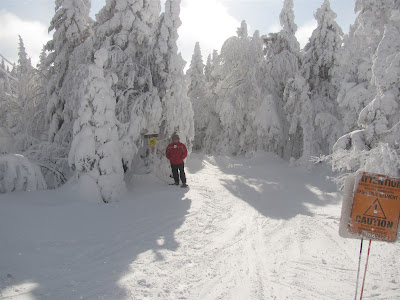 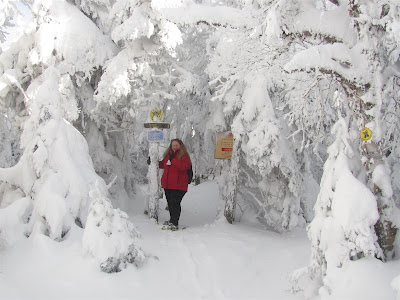 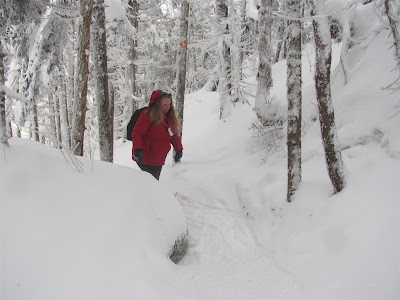 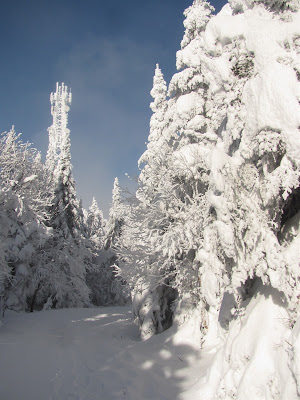 We then headed along a trail called Les Sommets. It too wound down into a valley then up to another summit, then back. We broke off part way and headed around a lookout tower. It was frozen and beautiful. 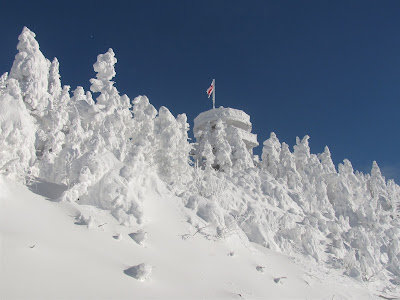 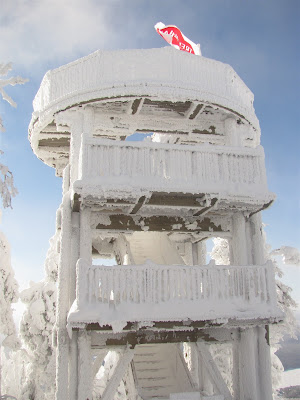 We came upon this guy painting a view of the valley below. I wonder how he kept his paint from freezing. 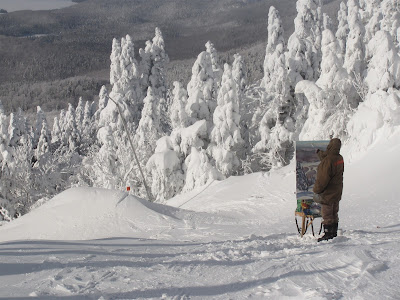 Did I say that it was cold? 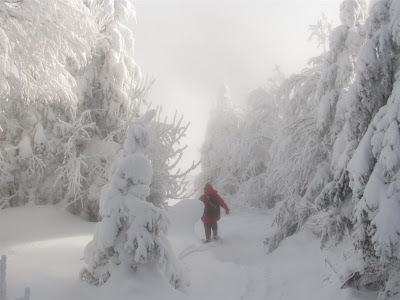 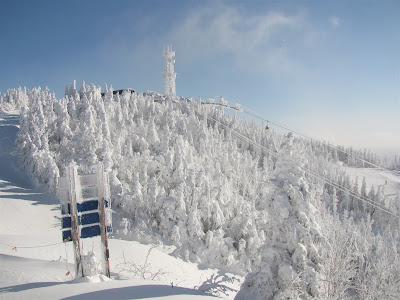 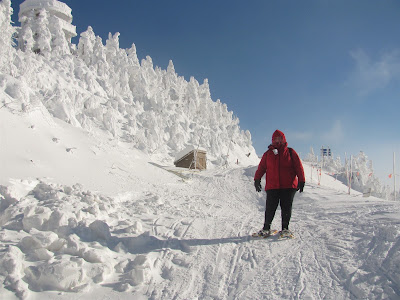 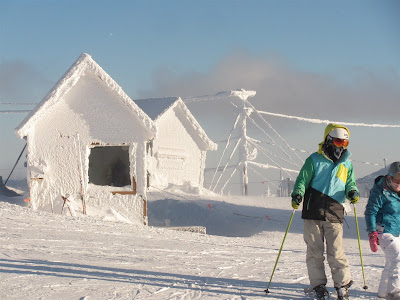 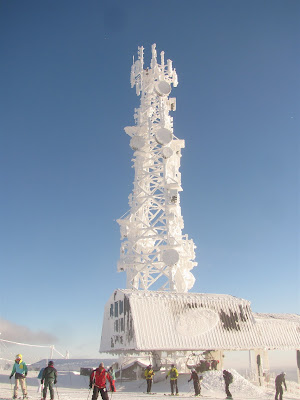 Before we headed down the mountain, we had this picture taken. 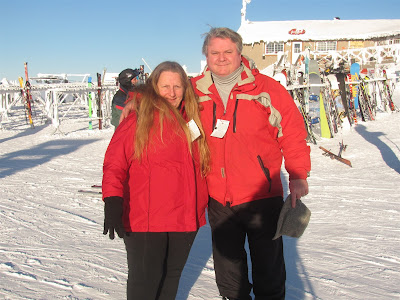 It was a fabulous day. I am so that Teena thought of this trip. There really is nothing like being up on top of a mountain! 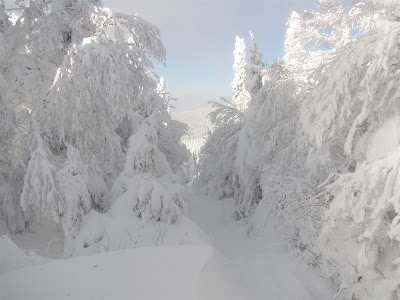