Comeback Win for the Rock! 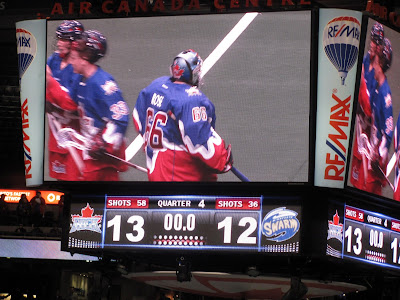 Tonight Teena and I were at the second home game of the year for the Toronto Rock. The Rock won their first two games of the year, both by one goal and last week lost by just one goal. Seems to be a trend happening here! Tonight the were taking on the Minnesota Swarm, who lost their first game of the year.

Scotty Newlands sang both National Anthems. He has a fantastic voice! 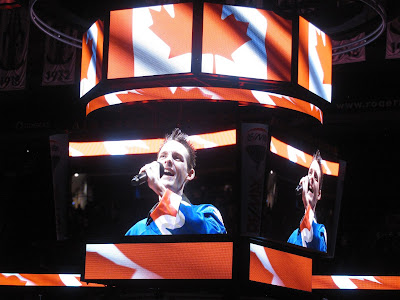 There was a great enthusiastic crowd of 10,504 out on a stormy night to cheer on the Rock. 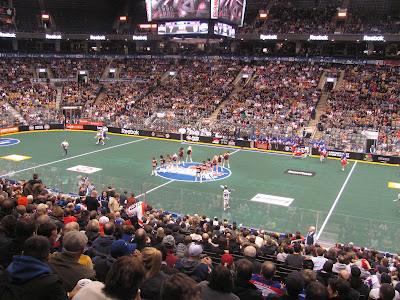 Minnesota scored the first goal but Toronto took the lead and by the end of the first quarter were leading 4-2 and outplaying the swarm. In the second quarter, the Swarm took a couple of two goal leads before the Rock ended the half down 7-6.

The game was rough throughout and there were almost a couple of fights. 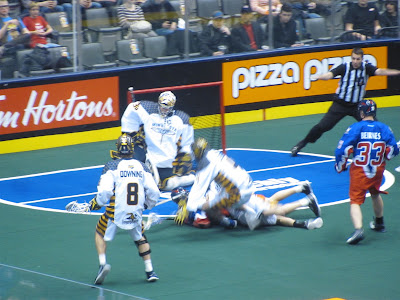 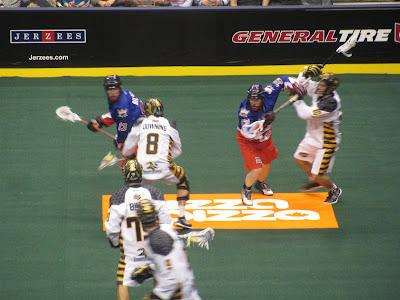 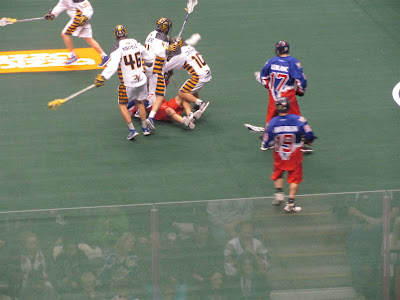 The roof caved in on the Rock in the third quarter as they kept getting three goals behind. Every time they scored, to bring the game to just a two goal deficit, the Swarm quickly would get back that three goal lead.

It then got worse as Minnesota scored their 12th goal to take a four goal lead, and the Rock pulled net minder Nick Rose and put in Zak Boychuk who shut out the Swarm for the rest of the quarter. The Swarm then took 2 penalties near the end of the quarter and Toronto popped in a goal to finish the quarter down 12-9. I didn't realize it but Nick Rose came back for the fourth quarter.

Even being down by 3 goals the crowd and Toronto Rock Cheerleaders never gave up on the game. 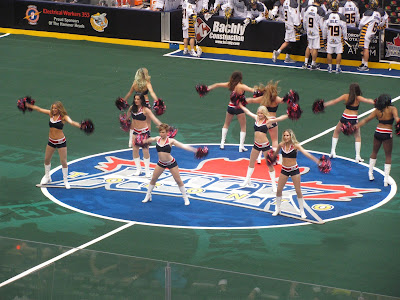 And what a quarter it was. Rose came up with great saves and stopped everything that was thrown at him while the Rock chipped away at the Swarms lead. The crowd came alive and with each goal there were high fives all around and fun antics. 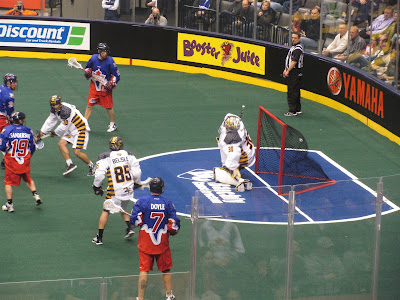 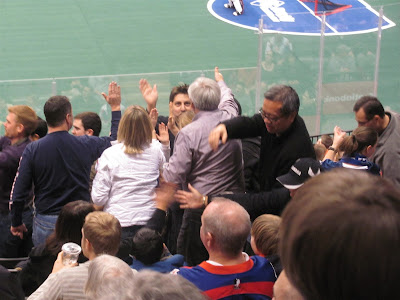 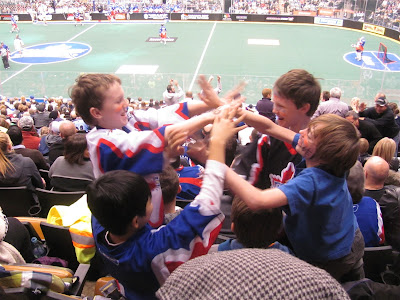 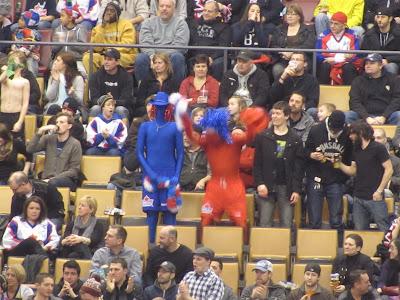 There was a girl in front of us who was not enjoying the game or comeback and decided to draw. She actually was quite good! 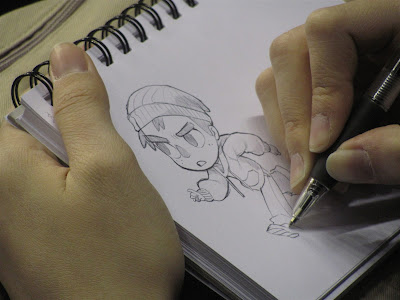 Last week the Rock took a three goal lead into the final quarter and lost by a goal. Tonight their fortunes were reversed as they came back from a three goal deficit to win 13-12! The first home game win for the Rock, plus we saw Garret Billings score his 100th goal of his career!

After the final buzzer, they took a victory lap around the arena to thank the fans. 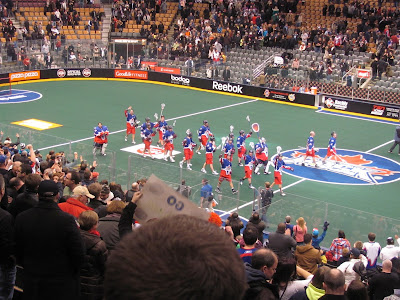 It was a fabulous game. Teena and I really enjoyed it and are looking forward to the next home game on February 15th against the Calgary Roughnecks! 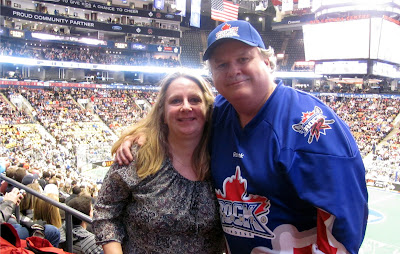