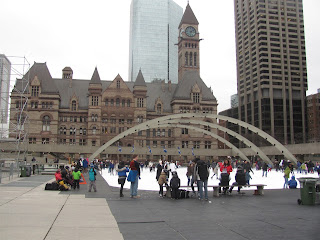 Teena and I have not been out of the house for a few days so decided to do a walkabout downtown. It was -4C with a windchill of -14C so we bundled up and strolled along Queen Street W towards City Hall and the Eaton Centre.

Where many people would stop and shop at many places along the way, we are not shoppers and only stopped once, at Goorin Bros Hat Makers. For me it was a stop and dream. There were no decent winter hats but there were a few I need to try on when the spring weather comes. We may need another hat hook by the front door.

We stopped and watched the skaters at City Hall. There were quite a few enjoying themselves. We also stopped at the City Hall Christmas Tree. 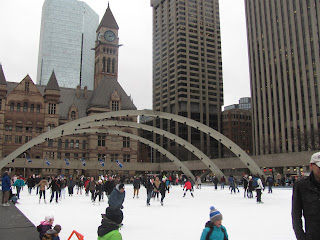 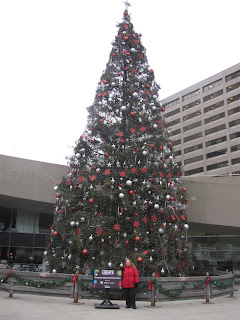 Next it was off to the Eaton Centre to see the crazy Boxing Day shopping crowds. This morning was likely more jammed than when we were there but still the place was jammed. 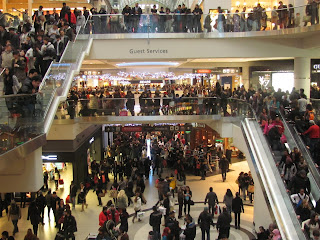 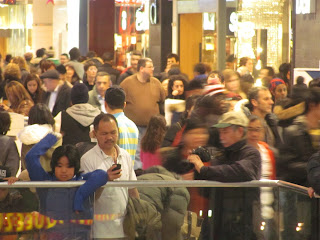 We were looking forward to seeing the Swarovski Christmas tree at the Eaton Centre which has been a highlight of mall for years. Usually it's a huge tree with a million dollars worth of crystal decorations. This year there was no sponsor and it showed. It was a disappointment. 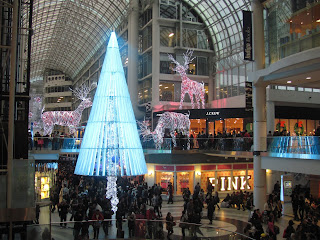 We ended up our walk with supper at Earl's Kitchen and Bar. Avril was our server and was great. We both had an Albino Rhino to start. Teena had the lager and I had the pale ale. Both were decent but not extraordinary. I would order it again there but if the sold it to take home would pass.

Teena had the Buttermilk Chicken which she quite enjoyed. I had the Chicken and Field Mushroom Fettuccini. I must say that it was great. The only problem I could see in having this is that from now on I can not see myself ordering anything else when I go back. It is definitely one of the best pasta dishes I have ever had. 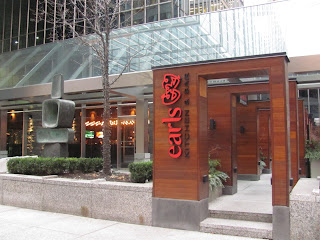 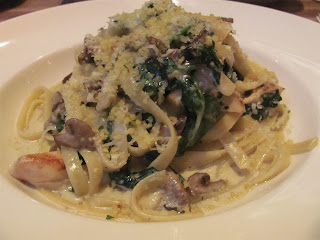 It was a fabulous day. Nice to get out, get some fresh air and see people. We were getting a little too comfortable staying in!
Posted by Swordsman at 19:05