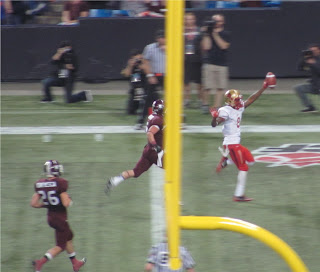 Tonight five of us went down to the 48th Vanier Cup, held this year at the Rogers Centre. It promised to be a great game as both teams met in last year's Vanier Cup with the game going into double overtime before the McMaster Marauders took down Laval Rouge-et-Or by a score of 41-38.

Jim, Malcolm, Brent and Tom were at the game. It was Tom's idea and a great one! All of us but Jim were cheering for McMaster. 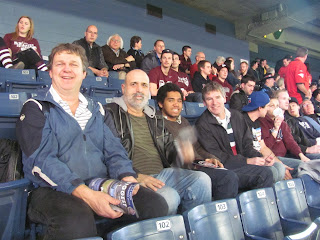 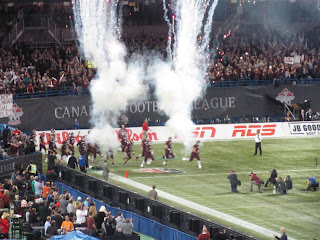 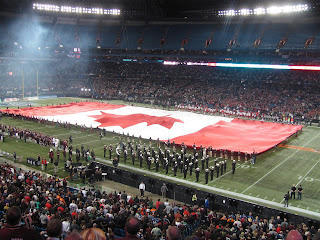 For the first quarter, the two teams seemed to feel each other out and there was no scoring or scoring chances. The game opened up in the second quarter with a 28 yard touchdown by Laval (pictured above). McMaster came back and by the end of the first half were up 14-12. 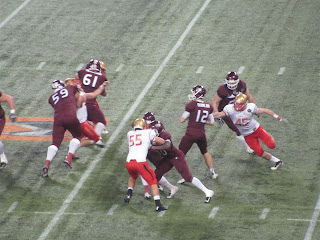 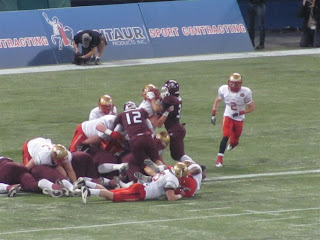 That was it for the Marauders! Laval took over and dominated the second half. McMaster never scored and ended up being trounced 37-14. Laval completed passes when needed but it was their running game which dominated the match. Boutin, Laval's number one rusher, ran the ball for 253 yards himself. On one play in the third quarter, he took off for an 84 yard touchdown run that resulted in my favorite picture of the night. Just perfect timing. I could not do this again! 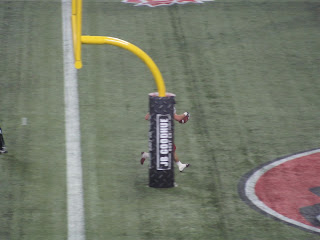 Here is the Vanier Cup! 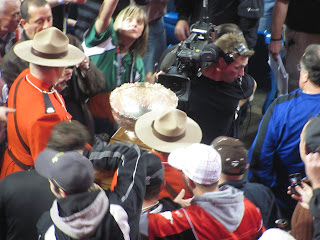 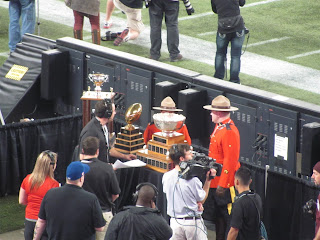 It was a fun night! When we left ,we came out of a door of the stadium which was right under the CN Tower. It was a great unusual view. 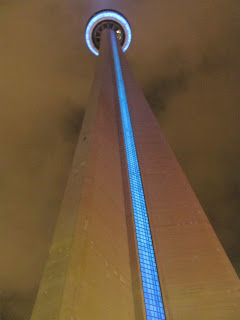