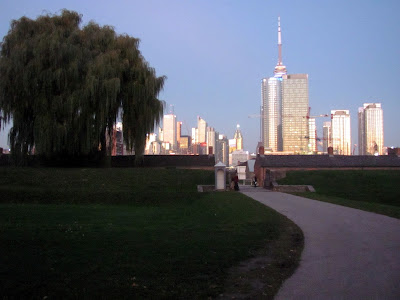 This month is Toronto History Month and Fort York has been doing, among many other things, a series of Thursday night lectures they call Untold Stories" of the War of 1812.

It has been a very interesting series.

Tonight's talk was titled, Uneasy Alliances: First Nations and Canadians and the War of 1812. The talk was a little mistitled.  Much of the talk was on uneasy alliances but the focus was not just on the First Nations.

Wayne Reeves, who is the Chief Curator of Toronto Museums, was host and moderator. 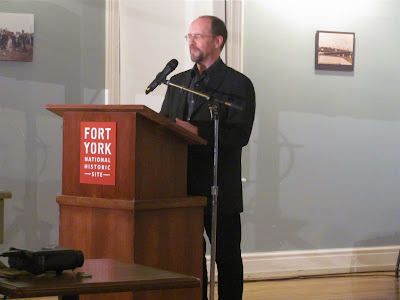 First up was Dr. Jane Errington, who is Professor, History of Colonial North America, Women's/Gender History at Queens University. She spoke of women and their role in the War of 1812. They did more than keep the home fires burning. As the war was not far away but right on their doorstep, their role was also involved with the war itself. She also spoke of smuggling between the two countries at war with each other and the reasons many men, on both sides of the war, did not want war, or to fight. 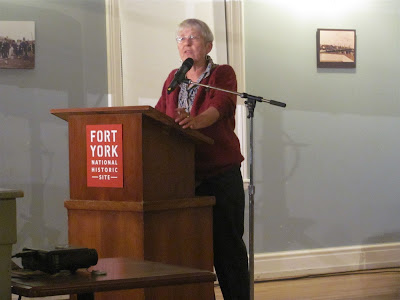 Next up was Dr Susan Hill, who is the Director of First Nations studies at Western University in London. She spoke about the effect on the First Nations on both sides of the border having to choose sides, and eventually going to war with each other. She continued with the issues caused by the war affected the various nations for many years after the war was over, especially the affect of being the "forgotten allies" of the British. 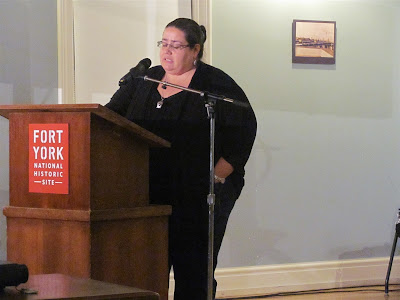 Both speakers were very interesting and again, I learned a lot. In the last segment, both guests were asked questions by Wayne Reeves and then by the crowd. Many times I find when the floor is opened to the audience, many just talk, give opinions, bore the rest of us and never ask a question. The questions by the crowd tonight were very good. 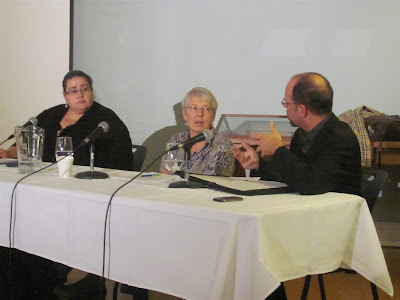 Too bad the series is now over. It was very interesting with great speakers. Fort York is doing some great things lately. I hope they keep it up!
Posted by Swordsman at 23:04