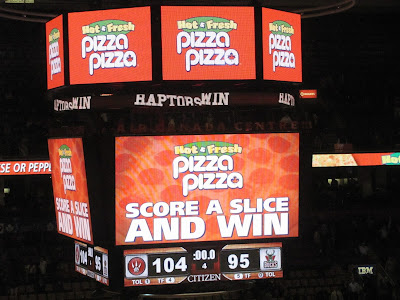 Tonight my friend, Roger, and I headed down to the Air Canada Centre (ACC) to watch the Toronto Raptors take on the Milwaukee Bucks. Roger scored the tickets for free, a price that I love! The seats were quite good. 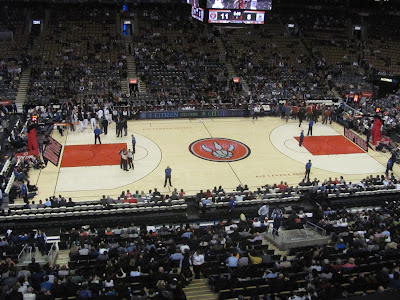 Going into the game, the Raptors had four wins and just one loss so tonight was promising. The game was close all the way through. In the third quarter, it looked like the Raptors put in their second stringers. Milwaukee seemed to also. In the final quarter, with both teams having their "A" squad out, the Raptors went on a tear and dominated the final quarter to take down the Bucks 104 - 95.

It was a fun night. The Raptors won, and because they scored over 100 points, everyone at the game won a free slice of pizza.  Free tickets and free pizza. Can't beat that! 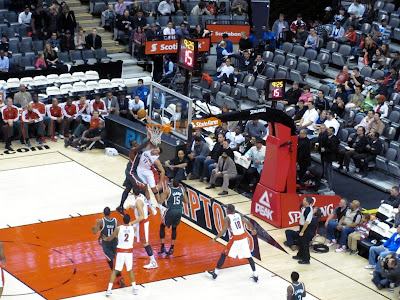 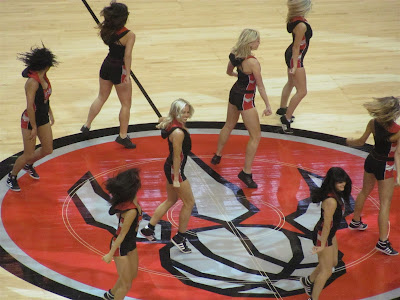 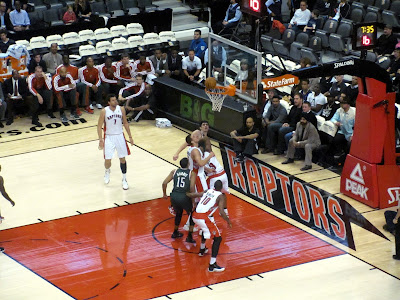 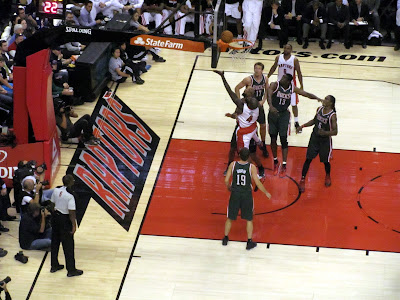 The Raptors have just one more preseason game and open their season at home on October 31 at home in the ACC against the Indiana Pacers. Hopefully they can carry their preseason momentum into the regular season.
Posted by Swordsman at 23:16