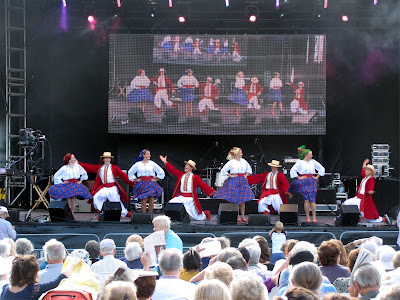 Today Teena left for Quebec City for a work function and I decided to head up to the Toronto Ukrainian Festival in Bloor West Village.

This is the 16th year for the festival and is the longest running Ukrainian festival in North America. 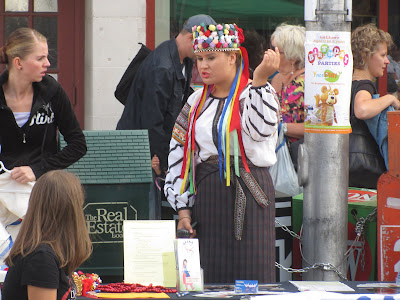 There was a small stage at the east end where I came in and another large stage at the west end by Jane St. The music was lively and danceable. 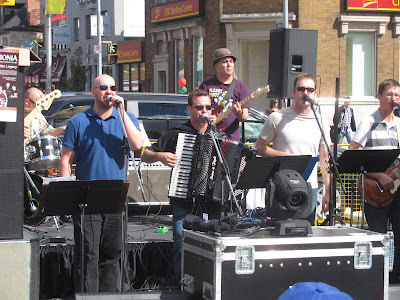 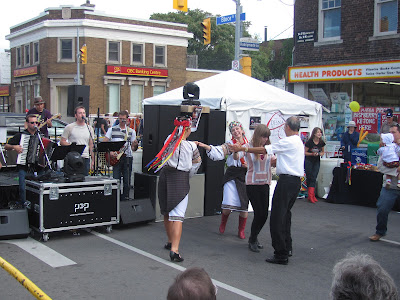 There were quite a few people there. 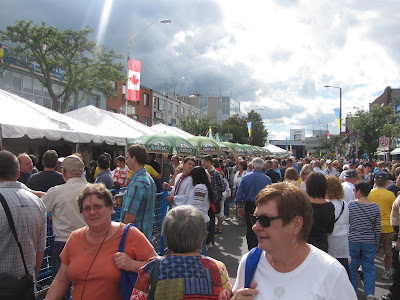 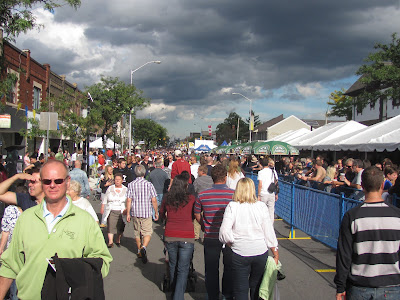 I found the music enjoyable but there were a few instruments that I had not seen before. 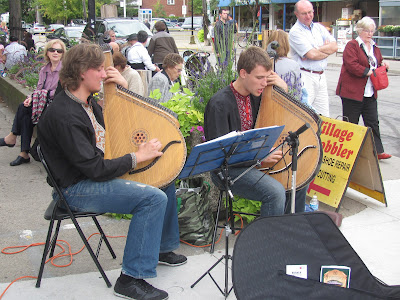 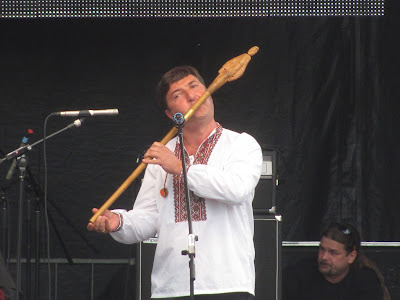 This one looks like a piano, but is played with batons. I have no idea what any of these are called. 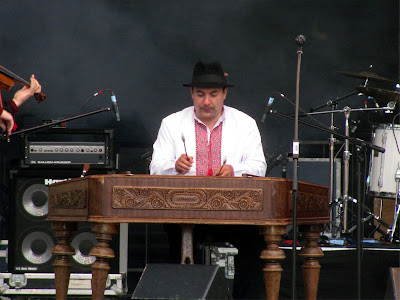 There were many, not only manning the booths but also walking the crowd in traditional dress. 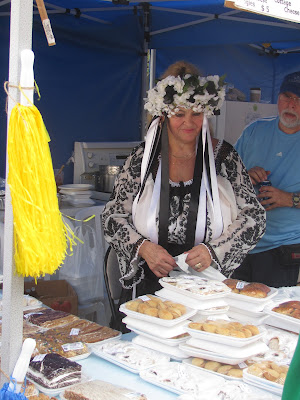 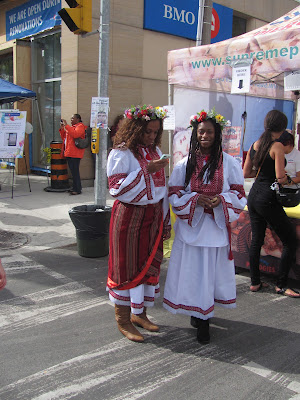 There was some odd product placement. This sign was hanging on the side of a beer garden. You know, when I'm on a patio or in a beer garden, what will happen to my remains when I'm dead never crosses my mind. I guess this company thinks it should! 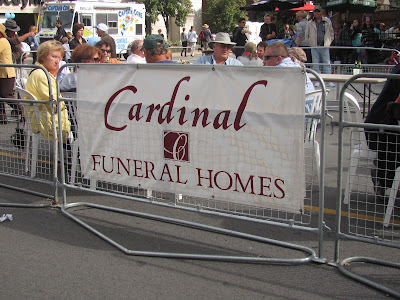 I had a very nice beer, a Lvivske 1715 lager, which I figured would be my Beer of the Week. It was nice, a little watery to start but finishes with a nice little hop bite. I had a three during the afternoon. Turns out I have already featured it back in April. Nice to know my opinion was the same then! It was a popular beer today! 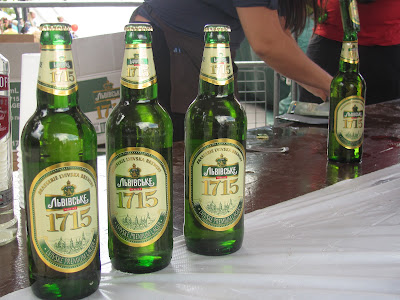 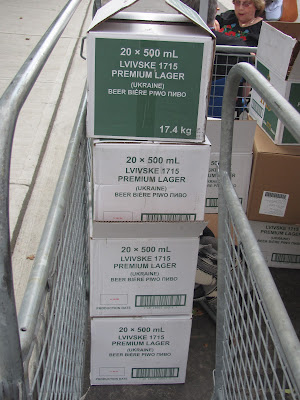 The big stage at the west end had bands and dancers. It was fun to watch. There should have been a beer garden off to the side, though. Even still, the place was packed! 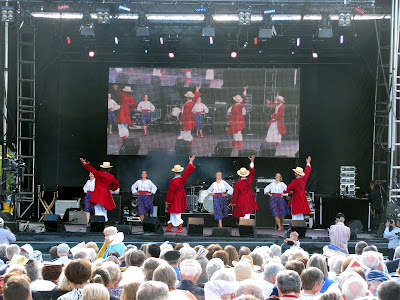 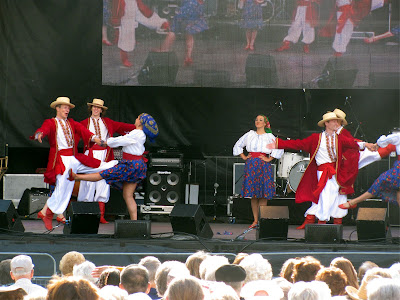 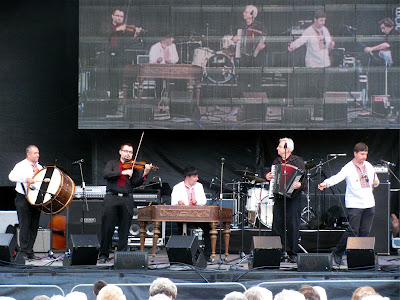 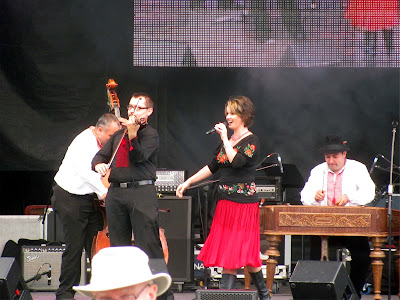 Finally to the food. I have never had perogies before but have been tempted to try them. What better place than at a Ukrainian festival! There were many places selling them but this place looked popular and authentic so that was where I went. 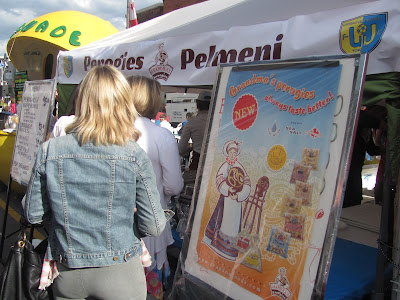 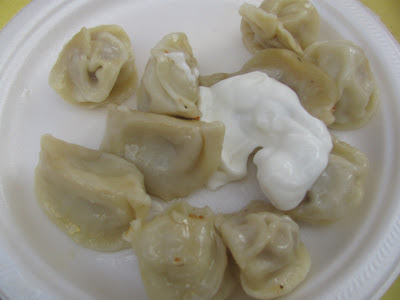 They are not very colourful but delicious! 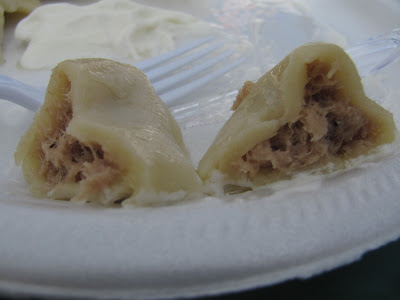 Today was a lot of fun. Next year I hope Teena is in town as I know she would enjoy this festival!
Posted by Swordsman at 19:17

Let's put it on our calendar :)