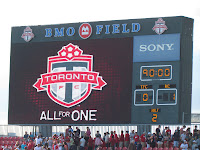 Our friends, Malcolm and Mary, have had season tickets for the Toronto FC since the creation of the club. They had plans for today and asked if Teena and I would like to go.

The FC have not had a great season, to say the least, having won only 5 out of their 23 games played so far and tied another 5. Such a poor record has them in the basement of the Eastern Conference. Today they were up against first place Sporting Kansas City (interesting name).  There was some hope, though, as in their last 10 games, they sport a 4-3-3 record. Maybe they could make a game out of this. 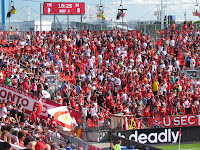 There was not a lot of good scoring chances in the first half. KC seemed to be taking more of the play to Toronto but the FC was hanging in. The second half was a different story.

I am really not greatly knowledgeable about soccer but felt that in the second half, the FC seemed tired and just wanted the game over, if not the entire season. Their play was quite sloppy with stupid giveaways and, in many cases, lost the ball as they just stood waiting for a pass to come to them instead of charging the ball. KC would then swoop in and pick up the ball in front of the stunned FC player.

It was a questionable referee call that allowed KC the chance to score the only goal of the game. 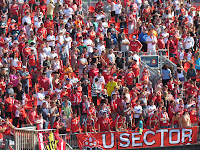 18,151 were in attendance and, as usual, the corner south end zone seats were non-stop in their singing, drumming, chanting, cheering on the FC and jeering KC. They are the life of the stadium. Too bad the FC play could not live up to their hopes.

I like how some of the FC players came out after the game, ran the field waving and thanking the fans. It's a nice touch.

Thanks, Malcolm. Thanks, Mary! It was a fun afternoon. If you're busy on game day again, we're there for you!

Some pictures of the action.

***
Teena and I tried all game to get a shot of a player heading the ball. Here are some I just missed. 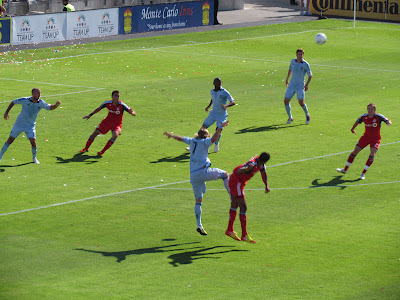 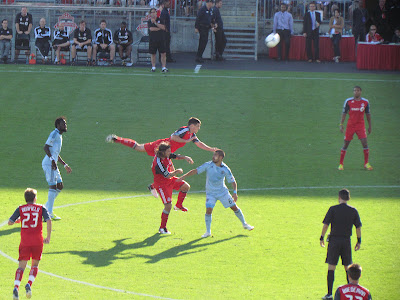 Here is a header I just missed. If you look at the at the bottom of the picture, you can see the shadow of the ball, which was hidden behind the players. 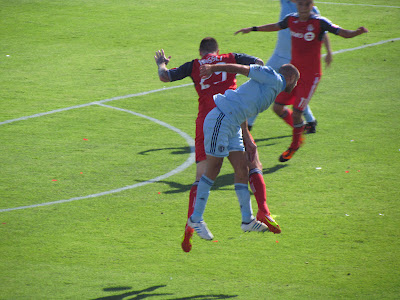 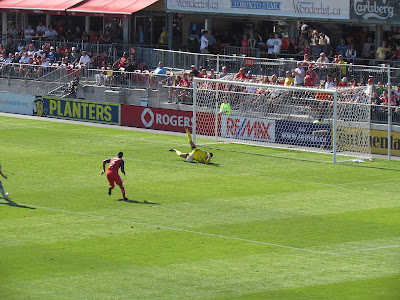 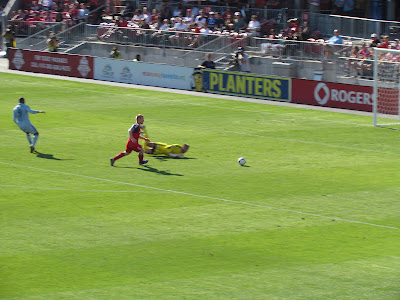 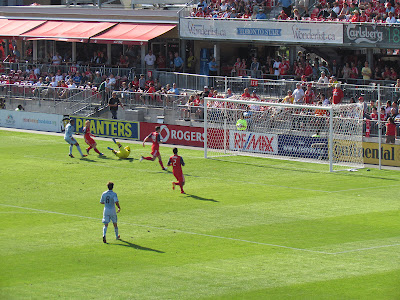 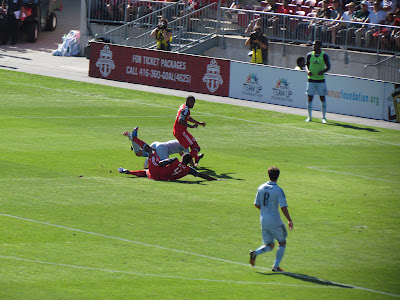 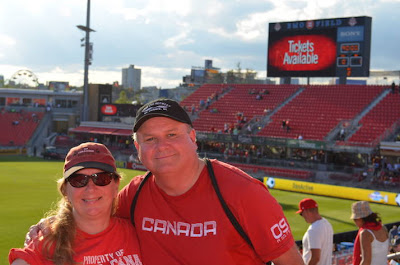 The game winner. Kei Kamara scores after a questionable free kick was awarded to KC. 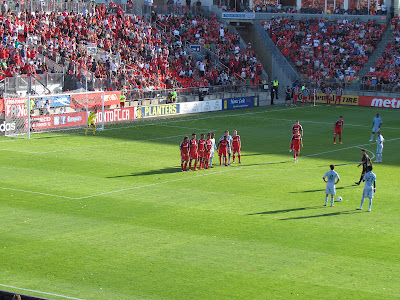 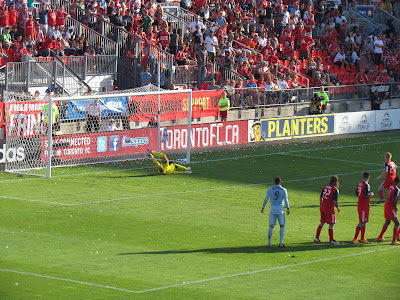 Despite witnessing TFC's 14th loss, it was a fun afternoon!
Posted by Swordsman at 18:47