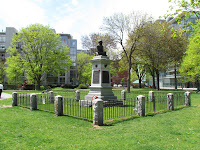 Teena and I enjoy walking and leaning about the history of our city so it is surprising that we have never done a "Jane's Walk". These are held the each year on the first weekend in May

Jane’s Walk is a series of free neighbourhood walking tours that helps put people in touch with their environment and with each other, by bridging social and geographic gaps and creating a space for cities to discover themselves. Since its inception in 2007, Jane’s Walk has happened in cities across North America, and is growing internationally.

The walk we did this afternoon was Wellington Place: A Remarkable Neighbourhood Re-Emerges Over The Traces Of Two Centuries.  The walk started in Victoria Memorial Square, home of Toronto's first cemetery, a military burial grounds with a War of 1812 Monument in it. The monument was designed and built by Frank Darling and Walter Seymour Allward. Allward designed the pedestal and was the sculptor for the bronze bust of "The Old Soldier" which sits atop it. Allward is famoous for his design of the Vimy War Memorial in France. 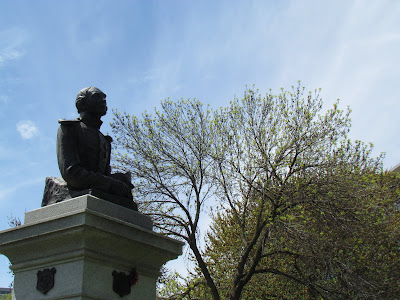 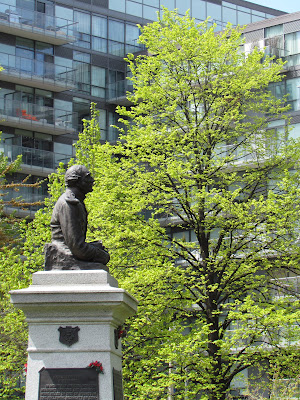 The walk was led by Ken and Eti Greenberg and Michael McClelland, who not only are experts on the history of the area but are actively involved with neighborhood organizations to preserve the integrity of the area. Their vision is a mixed use live/work area. Too many parts of the city are all industry or all residences. Mayor Barbara Hall agreed with them in the 1990's and this vibrant neighborhood is proof their vision works.

They also were friends with Jane Jacobs. Jane worked with them in helping to restore the park, which now is a national historic site. This is a great display of showing the remaining tombstones. Attached to each stone is a plaque showing the inscription and sometimes a further plaque to tell the person's story. Very thoughtful. 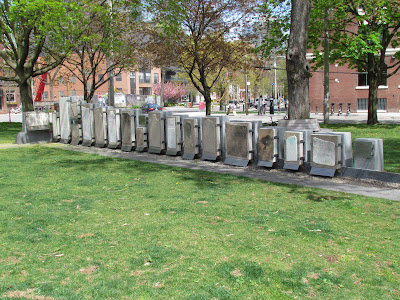 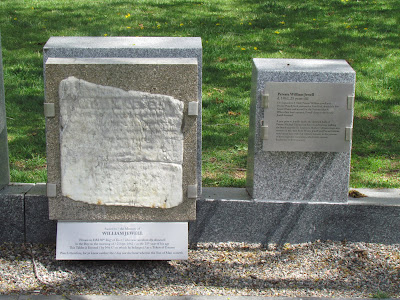 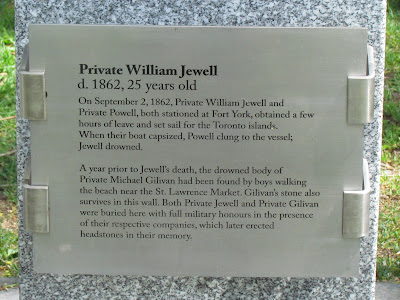 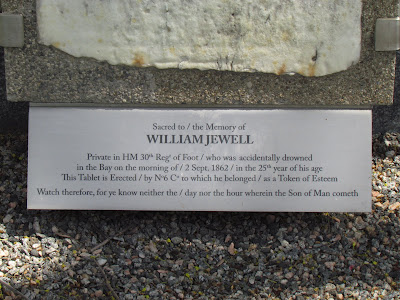 Eti Greenberg then led the more than 50 of us to the southwest corner of the park where stood a couple of chairs dedicated to Jane Jacobs and her support for the redevelopment of the park and area. It was touching when noted that when the Escofet Company in Barcelona found out the chairs were to honour Jane Jacobs, they made and shipped the chairs for free. 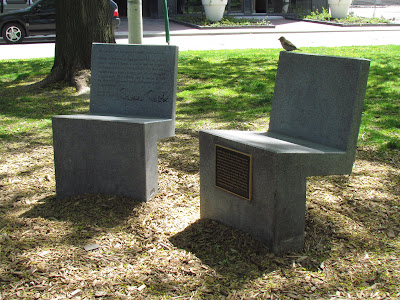 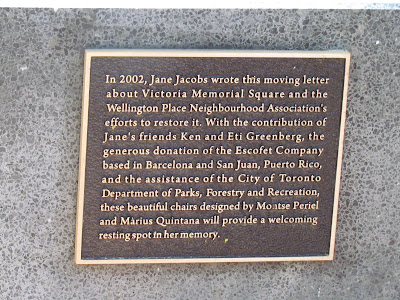 It's a beautiful park, a place I enjoy visiting. 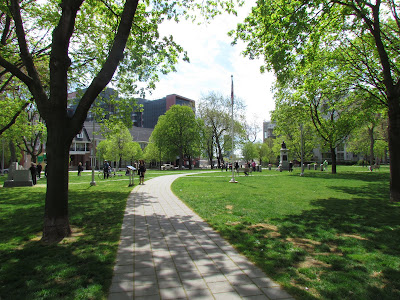 Next we were off to Draper Street, a small quaint street built in the 1880s. The Draper Street organization works hard with the co-operation of the Thompson family, who owns the Globe and Mail on the adjoining block, to preserve the integrity of the street. Of historical note, Lincoln Alexander, the first black member of Parliament and the 24th Lieutenant Governor of Ontario was born in 29 Draper Street. A plaque sits on each house naming the original homes owner and in this case another plaque claiming the house as Alexander's birthplace. 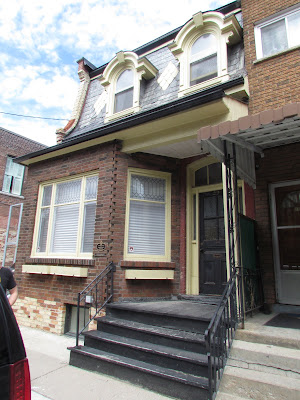 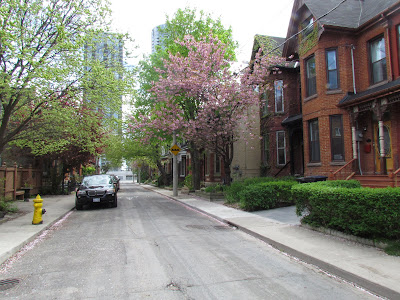 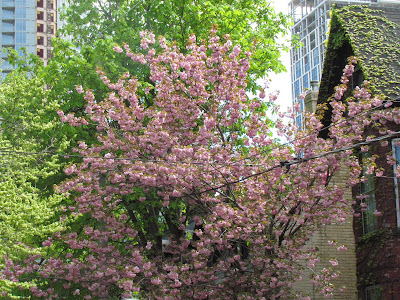 After a couple more stops along Wellington, our walk finished at Clarence Square, a park on Spadina just below King. The park was Toronto's very first planned park. It is looking a little rundown now but is to undergo a facelift later this year. When someone asked if the trees will be saved, Ken Greenberg said they should be and that some of the oaks that stand in the park today would have been there at the parks creation. Wow! Interesting note. 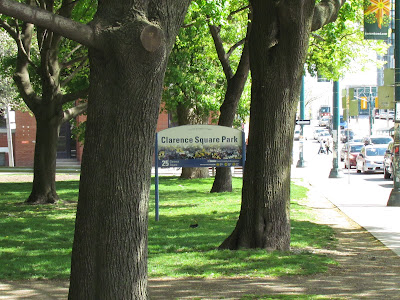 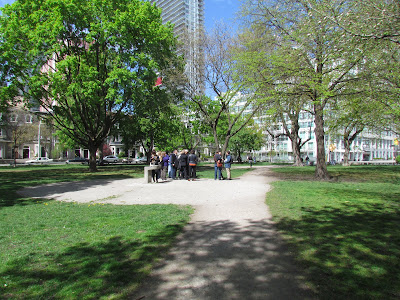 Teena and I had a great day. It was a very interesting informative walk. I would recommend a Jane's Walk to anyone and am happy to note tha,t although the roots are North American, her walks are now worldwide and definitely worth taking. In fact, Teena and I are off on another one tomorrow.
Posted by Swordsman at 15:33