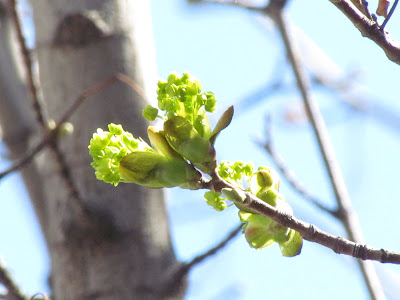 Last week at Henry's Photo 101 course we learned about the manual settings on the camera. We learned about the impotance of shutter speed and how to use it. We also learned what the aperture is, how it works, and what the F-stop settings tell you. The important thing to remember about F-stop settings is the lower the number, the larger the opening of the lens and the more light it lets in. It seems backward to me, but I believe I have got it.

This weeks homework it to use each. This week I noticed how the buds were coming out on the trees and though they would make great shots. My intention was to use a short Depth of Field with a large aperture to focus on a bud and wash out the background. After a couple of attempts that did not accomplish this, I then adjusted the F-stop down as low as it would go, then zoomed in. This created the effect I was going for.

I will surely take advantage of these priority settings in the future. Monday night Teena and I are going to the Jays home opener. Will definitely be on Shutter Priority for that night! 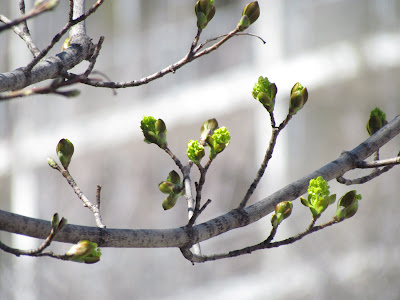