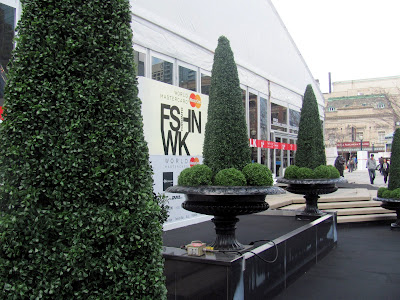 Toronto Fashion Week is being held in David Pecaut at Metro Hall, which is right around where I work. So with my handy Canon pocket camera in hand, I went to take a look.

Many people, professional and amateur, were hanging around like me. It is interesting and surprising to see some of the things that people are wearing.

Here are some shots from today. Notice the sign above. I took a straight on shot but is was boring, so as it is an artsy affair, I got a little artsy with the angle. More to come tomorrow.
***
Interviews were being done for magazines and TV. 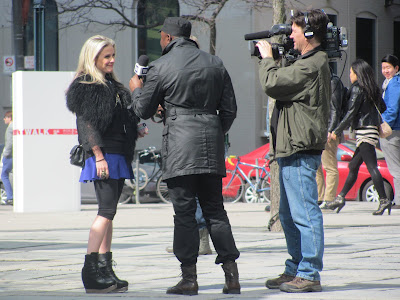 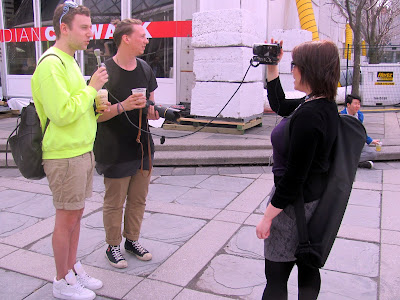 Some of the fashions. 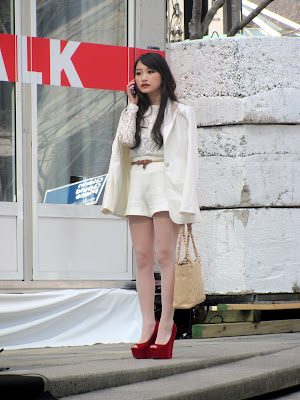 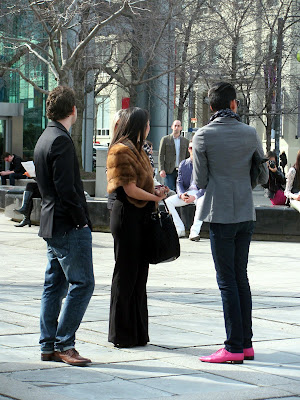 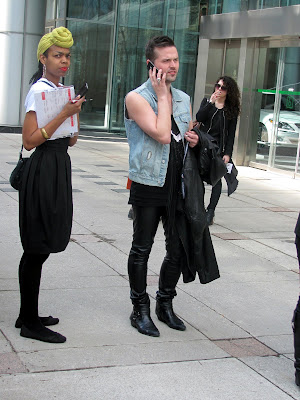 You will never catch me wearing what this guy has on! 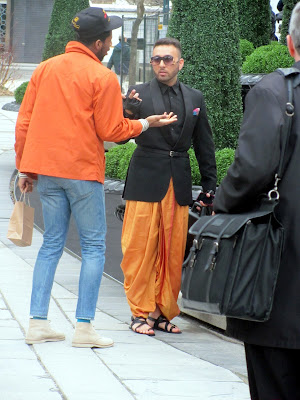 The great unwashed masses get to look in at the runway show. It was about to start but I had to get back to work. 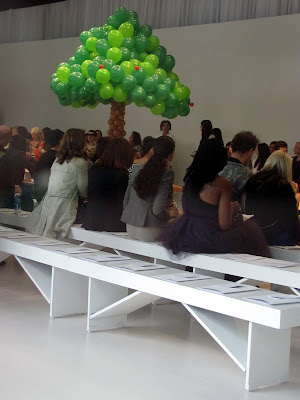 I was standing looking at something else when a girl behind me said, "Look!" and the guy beside me turned and started shooting. Other cameras started going off so I shot one of my own. My friend Darlene informed me that she is Stacey McKenzie a coach and judge on Canada's Next Top Model and a modeling sensation. She was in a hurry, obviously late for the show. My little camera and I were quick enough to get the shot! 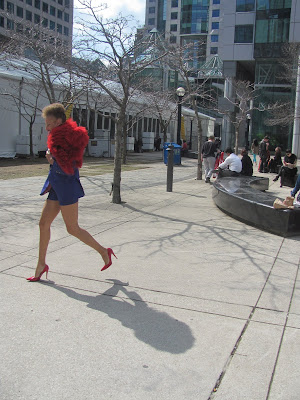