My 58th Birthday at the Monk's Kettle 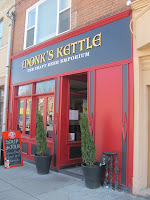 Today Teena and I went to the Old Mill Spa to celebrate my birthday. Afterwards we were hungry so headed west along Bloor street and discovered the Monk's Kettle. On the sign, it lists itself as a craft beer emporium so we couldn't walk by.

They have over 60 beers on the menu from around the world and maybe 10 local craft beers on tap. I like the set-up of the place. It was nice, cosy spot.

After ordering a couple of drinks, we reviewed the menu, which was not big but offered some interesting choices. Teena got wings in a Bourbon Chipotle sauce and a side order of fries. I also got wings but dry spiced instead of sauced. I also ordered Tempura shrimp.

The wings were huge and all drumettes. About a dozen were on a plate. Teena enjoyed hers and I enjoyed mine. We switched a wing and I love how her wings were nicely sauced and still crunchy. I would order hers next time. My shrimp were also huge. No skimping in this place! The batter was light, although some shrimp sauce on the side would have been nice.

Michael was our server and bartender, and seemed quite harried and rushed. We didn't get the best service. When I stopped him to order a second beer, he said sure and headed off without asking Teena if she too wanted a drink. After all, her glass was empty. It was kind of like that the whole time. 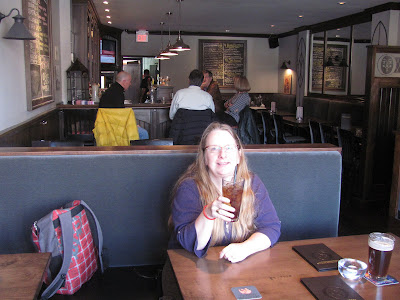 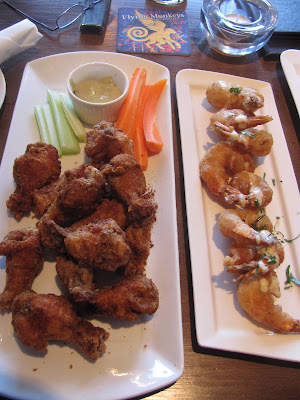 I would go back again, though. The beer selection is excellent and so is the food. Avoid order a side of fries. Six bucks and not worth it. The wings are a must, though. 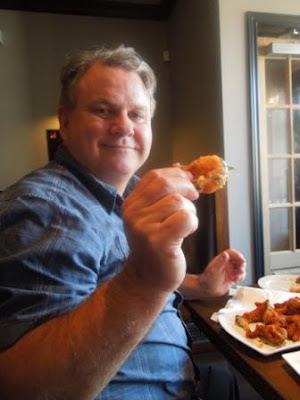