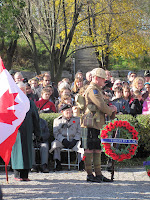 Today Teena and I attended the Remembrance Day Ceremonies at the Military Burial Grounds at Fort York.

The first ceremony was held there in 1952 with about 100 people in attendance. I heard someone say the rough count today was over 600.

"Fort York and the Toronto Chapter of the IODE (Imperial Order of the Daughters of the Empire) are proud to present the annual Remembrance Day Service at the Strachan Avenue Military Cemetery, just west of Fort York.

The service will feature military costumed staff from the Fort and standard-bearers from the IODE. A processional parade, led by fife and drum, will gather at the parking lot at 10:45 a.m. and make its way to the cemetery.

This evocative site of the War of 1812 is a poignant setting to honour soldiers who fell in the War of 1812, the Rebellion Crises, Crimean War, Northwest Rebellion, South African War, two World Wars, Korean War and recent conflicts."

Many veterans fear that as time goes on, this day will diminish in importance to people. Judging by the wide range of ages in attendance today, they need not worry. Young and old, military and civilian were all in attendance.

My grandfather, Sid Jones, fought with the Newfoundland Regiment in WW I and my dad, Ken Jones, fought in WW II with the Canadian Army. I am the first in three generations not to have gone to war. I am quite happy that my son, Ken, has not had to fight either.

I think November 11th is important day to take time to honour all those who have served our country, past, present and future. 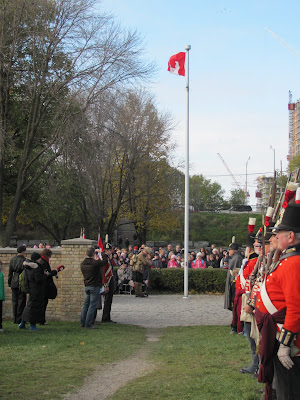 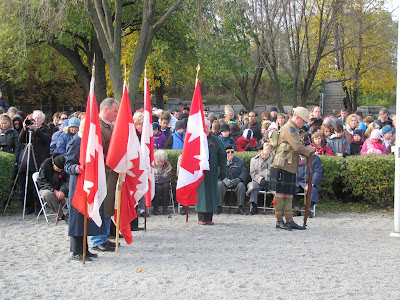 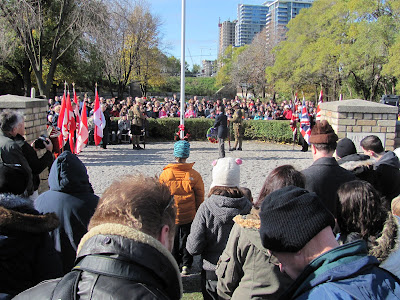 At the end of the ceremony, we were asked to pin the poppies we worn to a wreath. 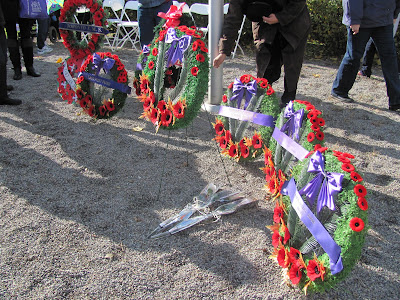 Some people and children laid personal remembrances of family. 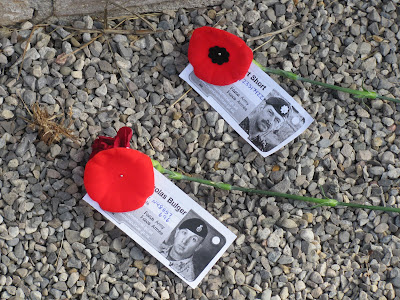 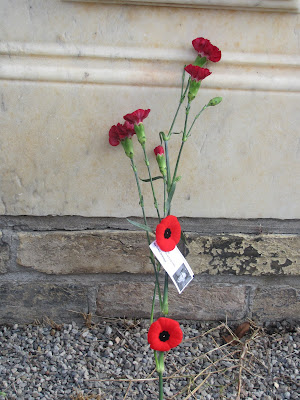 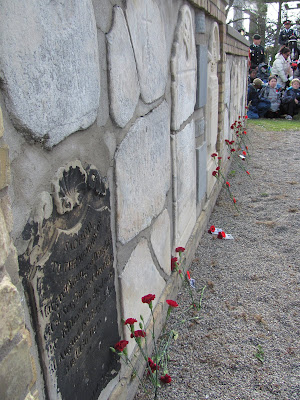 My grandfather, Sid Jones, is on the left. 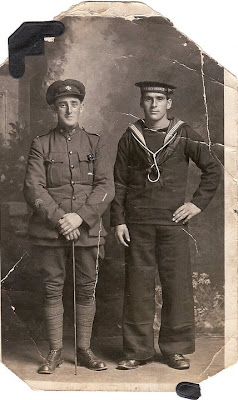 My Dad, Ken Jones, of the Cameron Highlanders. 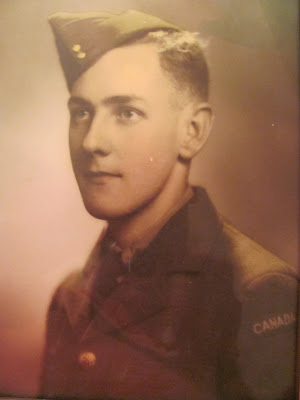 Thanks for defending our great country! 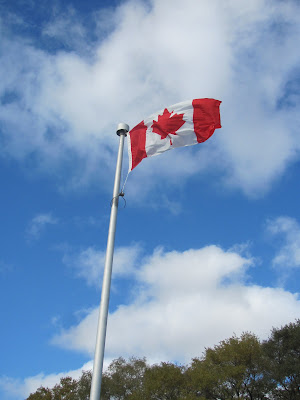 Nice tribute to your dad and Grandpa Sid!