A Gord's Eye View of Toronto - Digging Toronto's Past 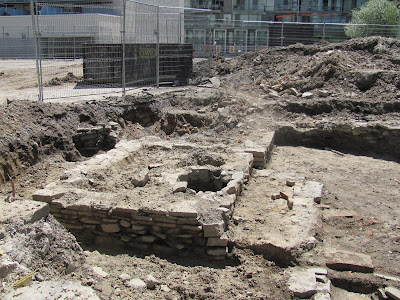 I walk to work everyday, except when it rains, and pass what used to be the Travelodge Hotel at 621 King Street West at Bathurst.

They tore the hotel down last year, built a fancy sales office, then tore it down and started digging. It seems they have found some foundations to an old building so in the past week have been very carefully digging around exposing them.

I took a couple of pictures yesterday when Ken and I passed it on the way to the Jays game. I decided to return today to take some more shots. Before I left, I searched the 'Net to see if I could find anything about this but could not.

After taking a few shots, I wandered around looking for a way in. I found a place off Stewart Street where I could clamber over the fence. Then I saw a couple of cop cars pass along King. I wondered what the trespassing fine would be, could I be also charge under the Occupational Health and Safety act as it is a safety shoe and hard hat area, and decided that I already had some great shots.

Hard to say how old this could be as this is a very old part of Toronto and just a 5 minute walk from Fort York. I plan to continue to research this. I find it very interesting.

A close-up of what appears to be a well 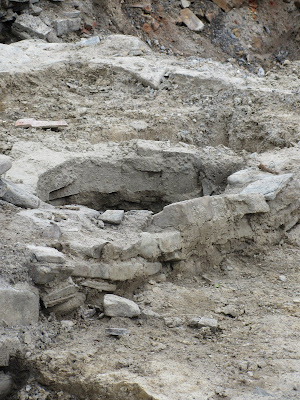 The well appeared to be in a room. Notice the foundations that have been unearthed around the perimeter of this room. 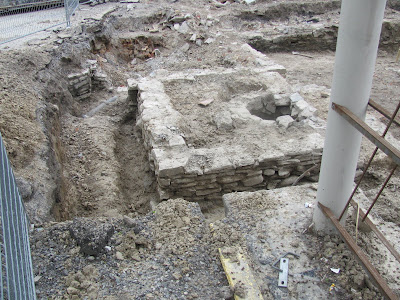 The wall extends west from the room with the well. Looks like they haven't finished their dig yet. 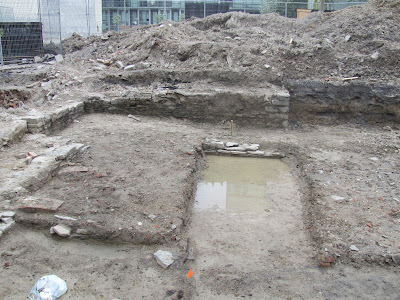 They are protecting this. The area of the dig is fenced off inside the already fenced off construction site. 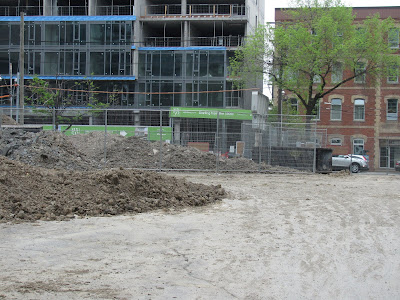 The closed Travelodge. The dig is taking place in the area just behind the white car on the right, very close to the sidewalk. 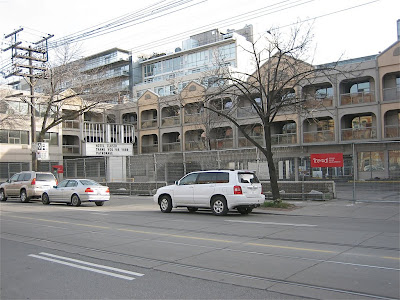 Very neat Gord. Looks like an old Roman ruin. I have heard a rumour that Mark McEwan wanted to put one of his grocery stores (McEwans) at the old Travel Lodge location. He has a beautiful store in the Shops of Don Mills. - Monica