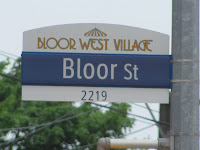 Today Teena and I went on walkabout to explore Bloor West on the west side of High Park. Well, it was exploring for me. Teena lived in the area for 5 years. Read Teena's blog of the walk here.

We started off at Runnymede Subway and finish 4 KM later at the Islington subway and saw a few places in between. Teena said that she did not have to go grocery shopping often when she lived here as everything was available in small markets right there. It was something that jumped to my mind too. All the small fresh fruit markets, bakeries and butcher shops. It made for a great atmosphere.

The first place we went to was a Chapters. Not just any Chapters. This one was located in an old movie house built in 1927. Teena said there was quite a controversy when Chapters first took it over by the area residents who thought the theater should be saved. I must say Chapters did an excellent job of preserving the character of the old theater within the world of selling books. Most of the interior was well-restored and preserved and for me it is a place to return to. 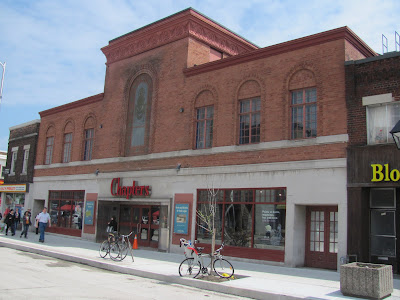 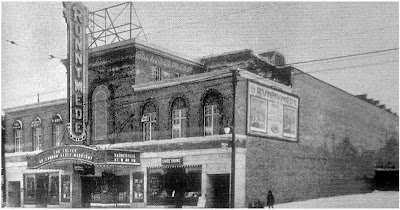 Our next stop was an excellent looking patio at a pub called A Dark Horse. The inside was very plain but the tree-covered patio was a great place to watch the passersby. Too bad the service sucked. After a couple of minute wait, we went inside to get our own beers and later when the server came for our next round, she was not very pleasant. Too bad as the patio potential is huge. 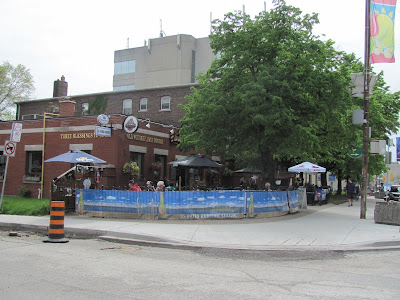 We then walked along to a place I have always wanted to visit ... Bryden's. It a place well-revered by the beer geeks. They have a small friendly patio. We met a few nice people while there. The beer menu is excellent. I started with an "Angry Beaver" (love that name) which is an IPA from Beau's All Natural Brewing. It was fabulous. We decided we were hungry and Teena got the Chicken Parm sandwich, which was huge, and I had the half pound burger which was excellent. I could have spent the rest of the afternoon there. The inside is quite nice two with tables, couches, lounge chairs and a small busy bar. 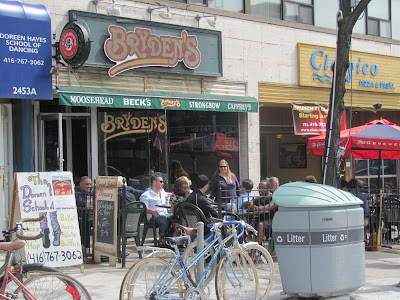 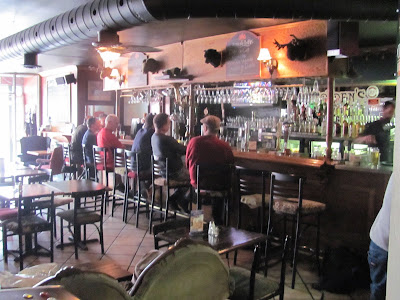 Brydens is on Bloor at the bottom of Jane Street. Across the road is an very neat fountain dedicated to an area volunteer Alex Ling for 30 years of dedication. Excellent thing to do! It also contains a time capsule which is to be opened in 2020 I enjoyed the cascade effect of the water coming down. 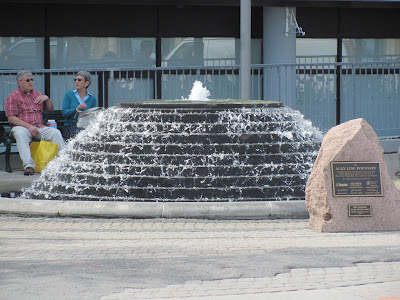 After sadly pulling ourselves away from Bryden's, we traveled along Bloor down into the valley across the Humber River and back up the other side. We were thirsty so went into a place called The Old Sod, which called itself a "Etobicoke's oldest and friendliest pub". It was evening and only one other person was in the place. It was a tired looking place so we left after one. Not really worth the space a picture would take up for it.

A ways along we came to the Henry VIII Ale house. Now this was a place with atmosphere. It was crowded and happening. We were lucky to get a couple of seats by the bar. It was funny too that while standing in front Teena's friend, Yvette, saw us taking pictures as she drove by and with some difficulty found a place to park, and came in to say hi. That was so nice of her. She is a personal trainer, which is how Teena met her, and also gives classes on meditation. Teena took the last series and enjoyed it. I am joining her for the next series. 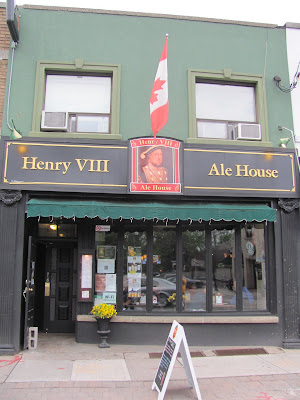 Strangely this is the only picture we had taken together all day. Teena and I at the Henry VIII bar. I like Yvette. She always is up and has a smile. 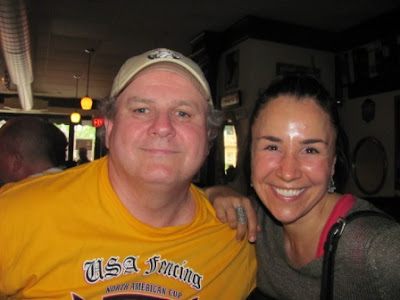 We finished up by the Islington subway at Orwell's. It was very much a local pub. I enjoyed it there but if I was back in the neighbourhood, I would hit the Henry VIII instead of here. 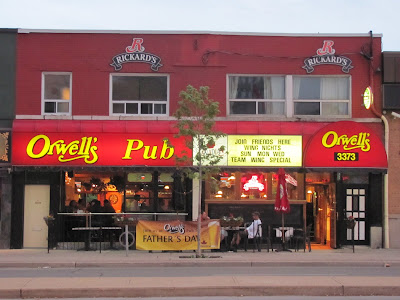 It was another enjoyable walkabout. We saw lots and met some nice people. I just love Saturday walkabouts with Teena!
Posted by Swordsman at 23:22