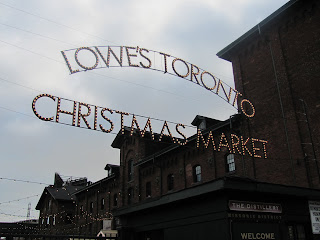 In the east end of the city is an area that is now known as The Distillery District.

Originally built in 1859 by Gooderham and Worts, it was an active distillery up to 1990 when it was closed for good. In its prime, the distillery produced half the spirits in Ontario and was the largest distillery in the world.

For the next 10 years, it was used for movie and TV sets having over 1700 productions shot in the area. In 2001, the area was transformed into a tourist area, renamed The Distillery District, and is now a national Historic Site.

The site is well preserved with the original red brick streets and fabulously well kept buildings, the oldest being the Stone Distillery built in 1859/60. 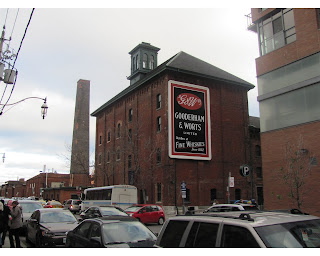 Market, fashioned after the Christmas markets in Europe. I am not big on Christmas but knowing there were to be a few beer gardens, thought it was worth the trip across the city. My hope was the beer gardens would be outside and was not disappointed.

The area was well done up with a huge Christmas tree, lights, a Ferris wheel for the kids and many booths selling food and items from different European countries.

It was cold so when we came upon the PMA Wine and Spirit lounge, Teena and I warmed ourselves up with a glass of hot mulled wine. It was warming and tasty.

Next we had a pint at Mill Street. Teena had their organic beer and I had a glass of a hickory smoked stout. It was quite nice but would not want too many. 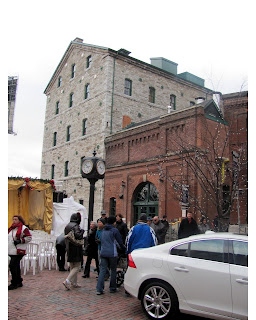 The fires at the Sleeman patio drew us in. Teena had the Sleeman lager and I had the Pale Ale. We started with pint glasses but sitting by the fire was nice and they let us look after the fire ourselves. We went through two and a half bags of wood while we were there. We also switched to the big beer steins. A hot fire, and a cold beer with Teena. Can't say I wasn't enjoying myself.

My fire was a hit and was drawing in many people passing by to have a pint and warm themselves up at my fire. The girls in charge appreciated that and bought me a stein of beer for my efforts. Very nice of them.

It was a fun day/night and we stayed longer than we expected. Judging by the number of people there, this first Toronto Christmas Market seems a success. Hope so, as Teena and I plan to return next year.

Looking south from the entrance 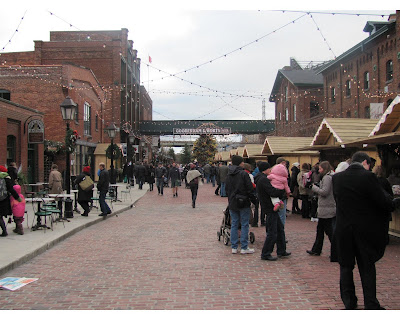 The big tree and some historic buildings in behind 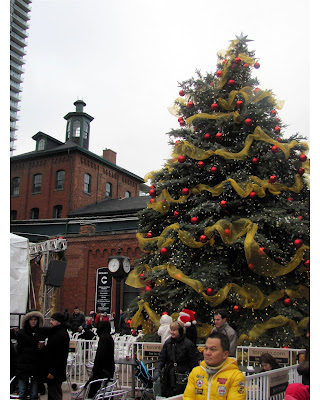 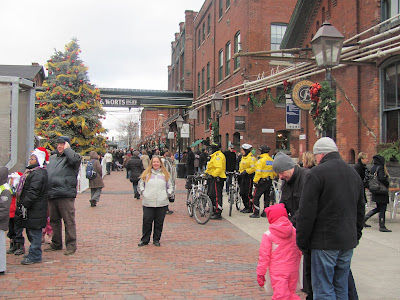 Teena warming up with some hot mulled wine 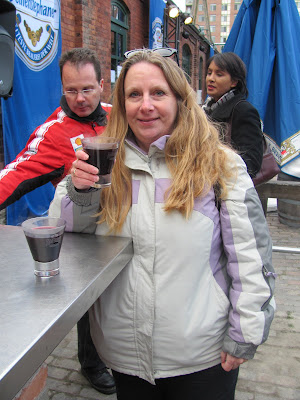 I made a new friend at Mill Street Brewery 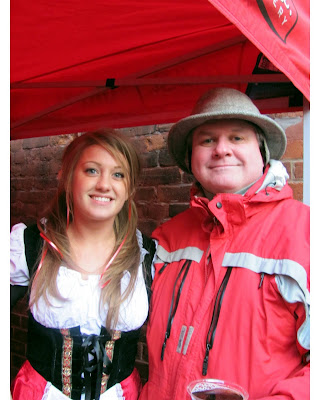 Teena and I enjoying our fire. Not often we get to do this in downtown Toronto 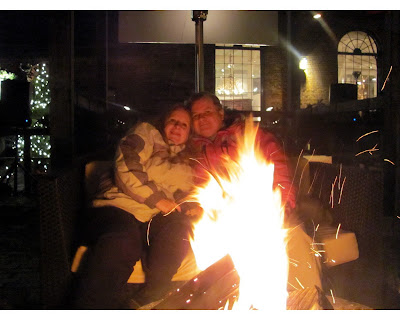 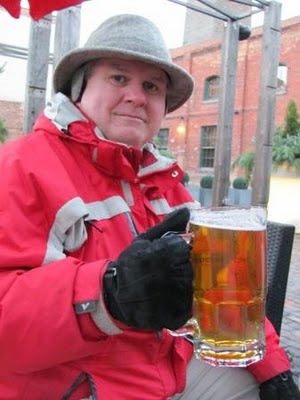 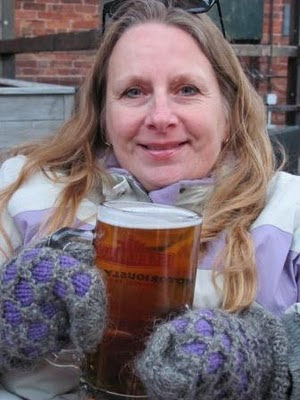 These ladies really looked after us well, keeping us stocked in wood and beer 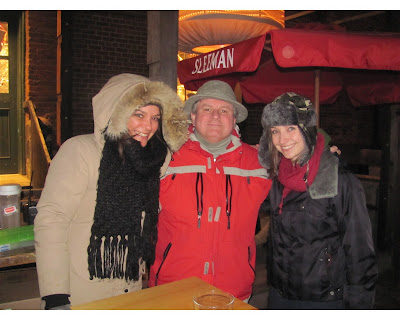 Some of the lights at night 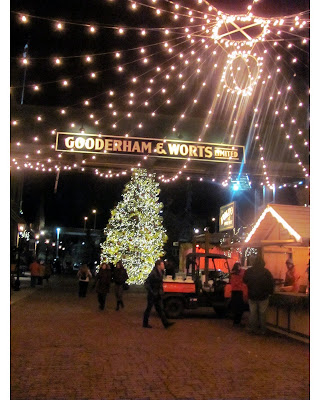 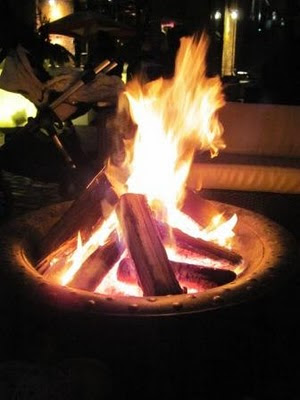