A Gord's Eye View of Toronto - The Entertainment District 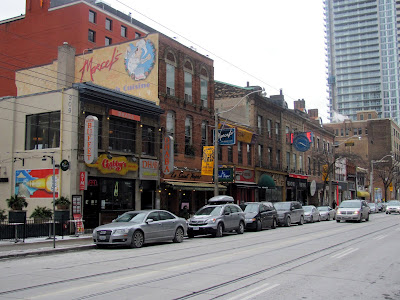 The Entertainment District of Toronto is a constantly changing area of movie theaters, live theaters, night clubs and restaurants. Note that Toronto has the third-largest centre for English-language theatre, behind only London and New York

A city block was knocked down to house the new Toronto International Film Festival (TIFF) Bell Lightbox building, which was just completed, which houses condos and 4 or 5 theaters which feature old movies brought back in their original format. I have not been yet but hope to see both 2001: A Space Odyssey and Lawrence of Arabia.

Across the street is an string of restaurants housed in buildings which were built many decades ago and have a lot of charm to them. It's a mishmash of different styles and cuisine, something for every one. I like the charm of all these places seemingly thrown together. A mixture of yesterday and today.

But that is changing in this constantly evolving neighborhood. Seems that a developer is looking to throw up a 39 story "mixed use" building which means stores and condos. My feeling is if they tear down this block, downtown Toronto is again losing a part of it's eclectic feel, its wonderful mix of past and present.

Too bad. I love this block.

On the north side of King, the Bell Lightbox home of the TIFF with a bistro, an upscale restaurant and 5 theaters. 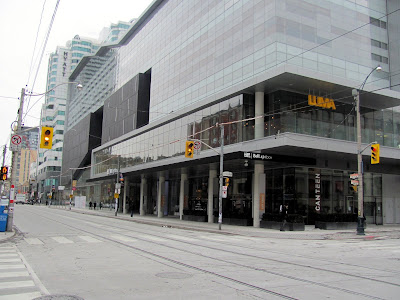 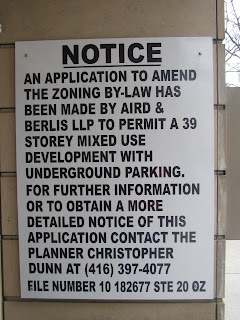 Looking west along King from John 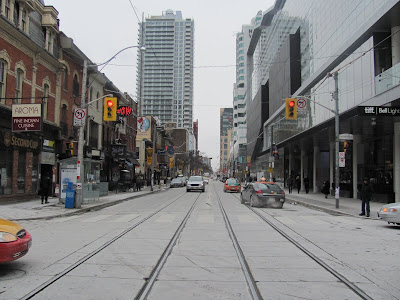 It's too bad Gord, I love that block also.

It would be a shame if they were knocked down for condos ... we have enough condos!