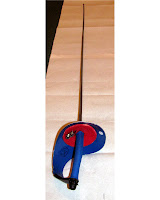 This is my original sabre, the first one I bought after taking beginner classes about 5 years ago. At the time I had no idea that I would be competing, I was just thinking it was fun to take the classes and wanted equipment of my own.

When I bought this one, I was looking for something relatively inexpensive but decent quality. Once I started to fence competitively, I then realized this one would not do. When I bought my next sabre, this one became my back-up. Today I have two sabres that I take to tournaments. This one I use for practices.

A couple of years ago, I had some friends over and was showing them this sabre, telling them that it was my first sabre. Alfred asked if I ever broke a blade. I answered that yes, I have many times. Then he asked if the blade has been replaced, what still makes this my original?

It's something I thought of today, as my old handle had worn out and I was replacing it. What makes this my original sword? Let's have a look.

The blade has been changed a few times over the years.
This one I like for practice is heavier than my tournament blade. 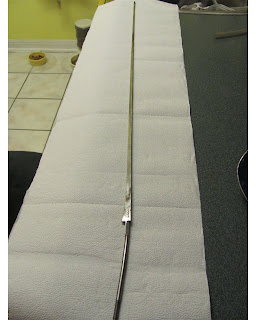 I changed the guard as the old one on the left was smaller,
offering less protection for my knuckles, which still get smacked to this day. 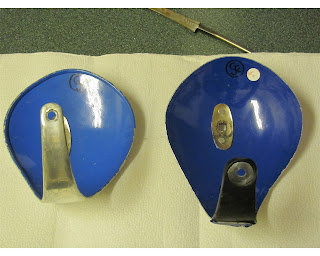 The handle that I replaced today is the chewed up one on the left. 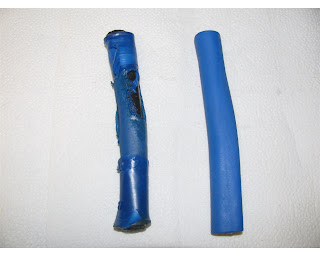 These are the only original parts now left. 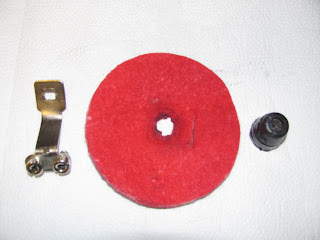 In the end, it doesn't matter.
To me it will always be my first sabre! 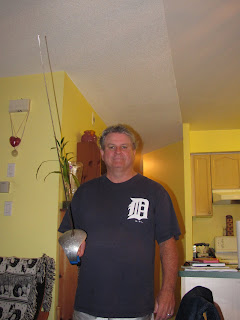