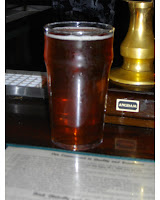 Saturday was a busy day.

I was up at 5:30 in the morning, drove 2 3/4 hours to Kingston, fenced in 2 tournaments, taking gold in one of them, and finally was able to rest and relax at a spot I had heard many good things, the Kingston Brewing Company.

Too bad it was a cold night as the pub is located down by the water with two patios, one secluded in the back and the other on the street with a view of the lake. As it was I likely would not have got a seat anyway as the place was packed.

Inside it is a beautiful and well-decorated pub, tap handles, pub photos, beer mats and other assorted beer memorabilia everywhere. Pulling up a stool at the bar, I felt quite comfortable.

From my seat, I had an excellent view of the brew area and could see one batch happily fermenting. Never found out what it was, though.

There was a couple at the bar from Waterford, NY, enjoying a nice weekend away from the kids. Both were quite knowledgeable about beer and told me of some great places to hit in New York state, including one in Cooperstown, home of the Baseball Hall of Fame, a pl 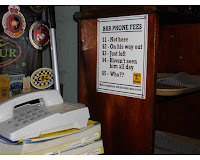 ace I would like to go back to. I enjoyed talking with them and really wished I could remember their names. That whole getting up at 5:30 and fencing 2 tournaments did take its toll.

Kingston Brewing Company is celebrating its 24th anniversary this year and is Canada's oldest brewpub. Of note, it is also Canada's oldest wine producing pub too. The building that houses the pub dates back to the 1800s was at one time a telegraph office and now is a historically designated building.

Dragons Breath Pale Ale pours a coppery/brown colour and had a head that held nicely. You can see by the picture the beautiful lacings down the inside of the glass. The beer had a good floral hoppy fragrance and I was not disappointed by the taste. It tasted fresh, slightly fruity, but finished with a good long hoppy bitterness that I enjoy. Not as hoppy as I would like but a nice bit of hoppiness. They don't sell this outside o 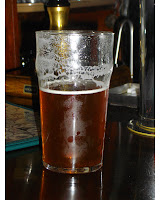 f the pub so sadly I could not take any away with me.

While I was there, I also enjoyed their Fish and Chips, which I matched with their Regal Lager (a palindrome, very clever) which also had a nice hoppiness to it, and their Dragons Breath Real Ale, a cask beer which was nice and well-crafted but not hoppy enough for my tastes.

Finally the day had taken its toll on me and I left without trying some of the other craft beers they have on tap.

How tired was I?

They had Sgt Major from Scotch Irish on tap and I passed it up to go back to my hotel room at a very late 8:30 on a Saturday night.

Kingston Brewing Company ... I will be back!

Inner Atmosphere ... I loved the decor! 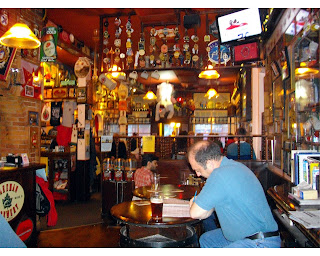 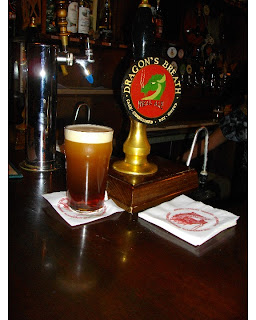