From Beer to There - Eastern European Beers 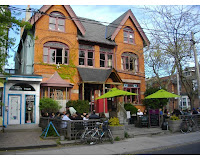 Last night our "From Beer to There" class met at one of my favourite pubs in the city, The Victory Café, for the night's session on Eastern European Beers.

Originally the session was called German Beers but as Mirella explained, the beer style is not just specific to Germany but more a style of the region, taking in Czechoslovakia, Poland, Hungary and Austria.

We covered the Reinheitsgebot, also known as The German Purity Law, which I have written about before, and the creation in 1842 of what we now call Pilsner. The citizens of Bohemia, now the Czech Republic, were revolting and dumping kegs of beer on the doorstep of the mayor of Pilsen. The mayor then took charge of the issue and brought in a German brewer, Josef Groll, to create a better beer. Kroll had learned about lagering, storing beer in a cool area for an extra long time and using a different strain of yeast, known now as lager yeast which works much longer and more efficiently and creates a clearer beer.

He also had studied about English beer and how the British had come up with a way to produce a golden coloured beer. Combined with Pilsen's soft water and local Saaz no 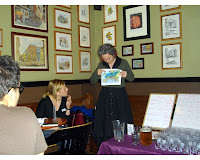 ble hops, he created a fabulous beer which took Eastern Europe by storm, the Pilsner. Other breweries caught on to this process and started making their own versions, much to the displeasure of the town. So the local brewery started to call their pilsner Pilsner Urquell, which interpreted means "source of the Pilsner". Lagers and Pilsners swept the region and still dominate the beer scene there today.

Then came my favourite part of the class, beer sampling. First one up was King's Pilsner, which is my favourite Pilsner out there. It is a Czech-styled lager with a nice hoppy bite. Note to self, pick some up for the weekend.

Next came Beau's Lug Tread a lagered ale. This is an ale which was stored for an extra long period to refine the taste. I find it more sour than hoppy.

We then changed pace to Kostritzer which is a Schwarzbier, or black beer. It was much sweeter than I expected, with a slight coffee taste from the roasted malts and after someone pointed this out, also noticed a slight liquorice taste. It was a very nice beer.

Denison’s Weissbier was up next. Ontario should be proud as this is ranked as one of the world's best weissbiers. It pours cloudy with the aroma and taste of spice (clove) with a slight hint banana and lemon. Apparently these flavours come from the yeast. Another enjoyable beer. I am starting to r 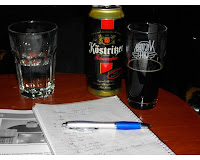 Our last sample of the night was a Meibock from Holstein. A Meibock is a lager which is brewed to drink in May. It was copper in colour with an apple sweetness. Mirella asked if any of us noticed a slight "cardboard" taste. With my unrefined nose and taste buds, I could not but others in the class did. Oxygen is an enemy of beer and this taste came from the cans containing some oxygen and being slightly off. Good to learn about the bad with the good.

All in all another fabulous class put on by Mirella. Next week it is English-style beers.