I remember during my first trip to England in the early 90s, walking into a pub and requesting something local. The barkeep would grab a handle and "pull" the beer up from the basement into a glass.

And it was very good!

Wanting a change, sometimes I would see a tap that interested me and ask for a pint. Ultimately, and this happened 90% of the time, the bartender would shake his head and wave his hand in disapproval saying, "You don't want that. They put all that air in there."

And he would pour me a pint of real ale.

Real Ale is a name for draught (or bottled) beer brewed from traditional ingredients, matured by secondary fermentation in the container from which it is dispensed and served without the use of extraneous carbon dioxide. 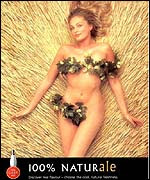 Back in the late 60s, big breweries were buying out smaller ones and pubs and started the demise of real ale, replacing it with beer with added chemicals and CO2. The cask and the pull pumps started to disappear.

In 1971 during a trip to Ireland, four buddies, Michael Hardman, Jim Makin, Graham Lees and Bill Mellor, were moaning about the state of beer in England and the direction it was heading. From that formed CAMRA, short for the "Campaign for Real Ale". In 1976, they had their first major victory when they campaigned to have breweries publish the Original Gravity of the beer they made, or what we know as alcohol by volume. Good thing to know and today is common knowledge.

Today CAMRA has 100,000 members and has expanded its platform to not only ensure that the survival of real ale is preserved and promoted but so too is the public house (pub) "as a focus of community life", especially the older historic pubs.

I enjoy beer and ale from a keg but there is something wonderful about a freshly tapped cask. More and more pubs in Toronto are bringing in craft brewery casks for their clients. CAMRA helped to save ale in England and it seems that has now spread across the ocean. BC now has a branch of

Last summer I was in the channel islands for the Commonwealth Veterans Fencing Championships. The first day I had a couple of bottles of a locally brewed ale, Mary Ann Best Bitter, at a pub. After a bout at the tournament, I asked the judge when I was up next.

"You sit out the next three", he said. I replied, "Guess I could go for a nap then."

"You could go to town and see Mary Ann!" he suggested.

He looked at me, shook his head and waved his hand at me, "It was much better before they started putting all that air in it!"

Likely was.
Posted by Swordsman at 19:01