After we left the Monarch Tavern, we headed towards Kensington Market.

Along the way, though, we passed a new pub called the Crown & Tiger (College/Bathurst). So we stopped to check it out.

Here's Gord on the patio. 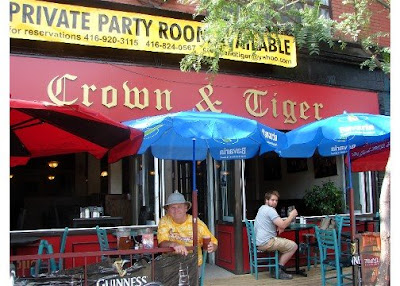 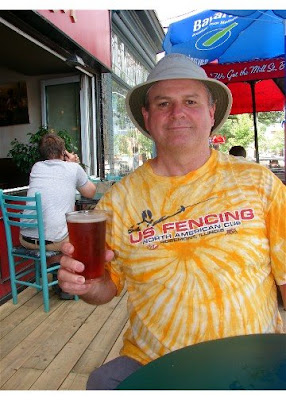 Huge pitchers of draught are just $10! What a great deal! I had Amsterdam Blonde and Gord had one made by the Stratford Brewing Company. 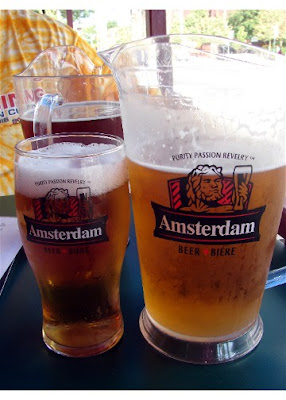 Their patio is a great place for people-watching ... like the young guy carrying a guitar and a baggy of white powdery stuff who was kissing and caressing all the trees along the way (!!??).

We met Chris, a fella from Germany. He was in town for a week or so attending a conference (he is doing his PhD). Chris takes pictures in black 'n white rather than colour so I switched to that mode to take his pic. 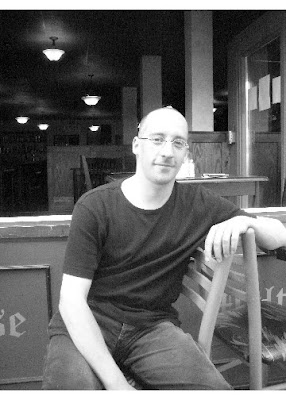 BTW, by the time we left, Kensington Market was closed so we headed for home instead.
Posted by Teena in Toronto at 19:47