The Missing Millionaire: The True Story of Ambrose Small and the City Obsessed With Finding Him by Katie Daubs 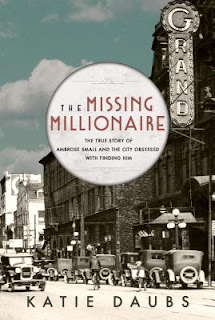 I heard about the mystery of Ambrose Small a few years ago so was pleased when Katie Daubs came out with The Missing Millionaire.

In December 1919, Ambrose Small, the mercurial owner of the Grand Opera House in Toronto, closed a deal to sell his network of Ontario theatres, deposited a million-dollar cheque in his bank account, and was never seen again. As weeks turned to years, the disappearance became the most "extraordinary unsolved mystery" of its time. Everything about the sensational case would be called into question in the decades to come, including the motivations of his inner circle, his enemies, and the police who followed the trail across the continent, looking for answers in asylums, theatres, and the Pacific Northwest.

In The Missing Millionaire, Katie Daubs tells the story of the Small mystery, weaving together a gripping narrative with the social and cultural history of a city undergoing immense change. Daubs examines the characters who were connected to the case as the century carried on...

Drawing on extensive research, newly discovered archival material, and her own interviews with the descendants of key figures, Katie Daubs offers a rich portrait of life in an evolving city in the early twentieth century. Delving into a crime story about the power of the elite, she vividly recounts the page-turning tale of a cold case that is truly stranger than fiction.

After reading this book, I have my own theory but won't say what it is so you can read it and determined what happened for yourself. 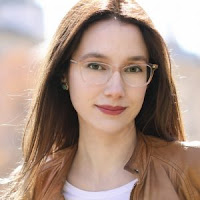 Katie Daubs is a feature writer at the Toronto Star, where she has worked since 2009. She was previously a general assignment news reporter.

Before joining the Star, she worked at the Ottawa Citizen. A graduate of Carleton University, she won a William Southam Journalism Fellowship in 2016 and has been nominated for three National Newspaper Awards. Born in Forest, Ontario, she lives in Toronto. This is her first book.
Posted by Swordsman at 16:53