Authors Talk -Crossing Over: Writers Talk About Their Reasons for Working in Different Forms, Styles, and Genres 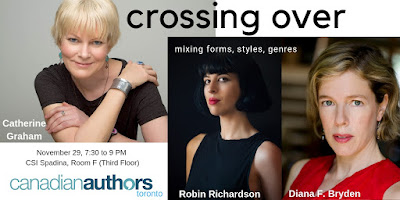 Tonight I was at an event put on by the Canadian Authors Association's Toronto Chapter. During the introduction, we were informed the name is far too cumbersome, so now we'll be known as Canadian Authors Toronto. I like the acronym, CAT. 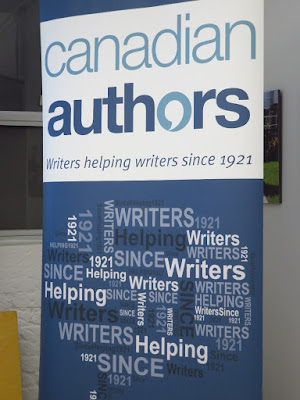 The Canadian Authors Association has been around since 1921.

The Canadian Authors Association provides writers with a wide variety of programs, services and resources to help them develop their skills in both the craft and the business of writing, enhance their ability to earn a living as a writer, and have access to a Canada-wide network of writers and publishing industry professionals.

We are a membership-based organization for writers in all areas of the profession—aspiring, emerging and professional—in every genre and across all writing-related professions.

Tonight's event was called Crossing Over: Writers Talk About Their Reasons for Working in Different Forms, Styles, and Genres. It's a long title but a very accurate one. Diana Fitzgerald Bryden, Catherine Graham, and Robin Richardson. They will tell their stories of working across styles and genres — or of wanting to and not always being able to do so — and will share what they’ve learned from those experiences.

The three authors sat on the couch and told their stories, then answered questions. Robin Richardson is on the left, Catherine Graham is in the middle and Diana Fitzgerald Bryden is on the right. 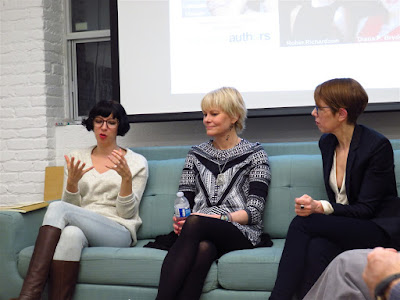 Diana Fitzgerald Bryden, started it off.

Diana Fitzgerald Bryden will speak about her movement from poetry to the novel and back to short fiction, and discuss how an experiment with short, online fiction led her to hone her skills and place a story in the Malahat Review.

She spoke about her life and what took her from poetry to short stories and novels and the advantages and disadvantages of doing so. Diana said how it was impossible to go from, let's say, writing a manuscript for a book but trying to jump back midway through to poetry. It's almost impossible to switch the mind over. The others agreed. I can see that. 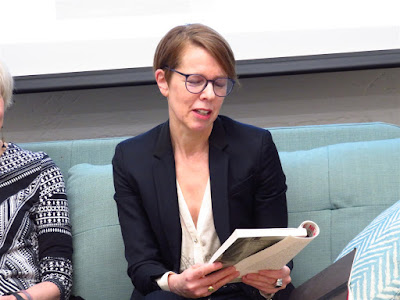 Robin Richardson was next.

Robin Richardson (Sit How You Want) will discuss her transition from poetry to personal essays and memoir, as well as her attempts at long-form fiction.

It was interesting that from an early age she wanted to write but suffered from dyslexia which put a hold on that idea for five years before overcoming it. She explained how it is still difficult to write as she worries about miswriting or misreading her poetry or stories. Thankfully she has a very supportive agent to assist her. It was a family tragedy which really put her into the depths of poetry. She explained how she went from it to other forms of writing. Turns out, she's also an artist. I enjoyed her story. 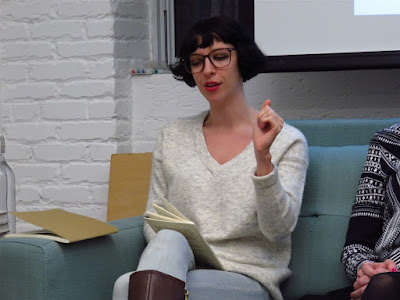 Last up was Catherine Graham.

Catherine Graham (Quarry, The Celery Forest) will speak about the journey that led her to branch out beyond poetry to write her award-winning novel, Quarry (Two Wolves Press, 2017), and the impact it had on her current writing.

It's funny what impacts a persons life. In her early life, her family lived next to a limestone quarry. This became a theme in her poetry and not surprisingly, her first novel, Quarry. She didn't start to write until her parents died while in university. It was a road she stayed on. 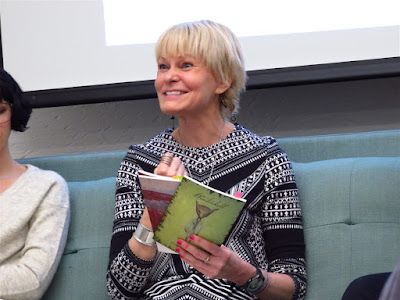 All three talks were excellent and entertaining. Some people, I feel, in Q&As just talk to hear themselves speak but not in this group. Great questions were asked and terrific answers followed.

There were draws for different door prizes. I love the picture below as it shows Diana drawing my number. I won two tickets to the AGO.  In a double stroke of luck, I also won an hour mentoring session with Jennifer Foster, an editor and writer. I'm looking forward to it and, of course, will write about it after my session, which I expect will be in the New Year. 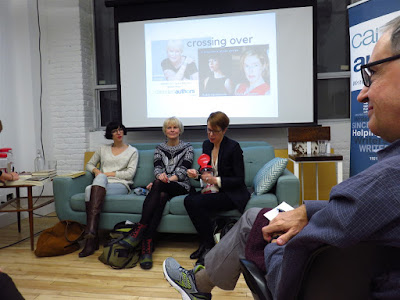 It was an entertaining night. With willpower, I walked by the sweets table at the end.

Canadian Authors Toronto, CAT, is up and running. I'm looking forward to the next event. 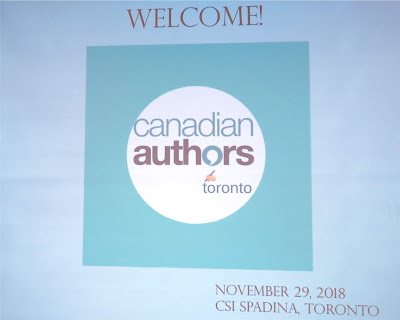