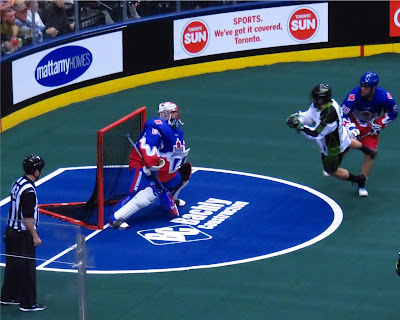 Tonight was the home opener for the Toronto Rock and of course, Teena, and I were there. We bought season tickets again, for the fourth time. We have been going for five years but the first year we were trying out seats in different sections.

10,275 fans joined us at the ACC to cheer on the Rock who were taking on the Saskatchewan Rush who won last year's championship. We figured we might be in for a tough night. 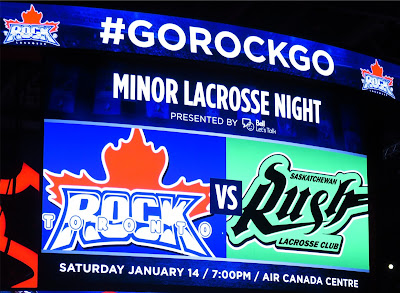 I made a new friend on the way into the game. 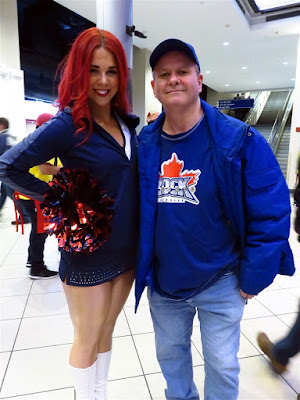 Teena and I were happy to see that Scotty Newlands was back again to sing the national anthem. He always does a fabulous job. 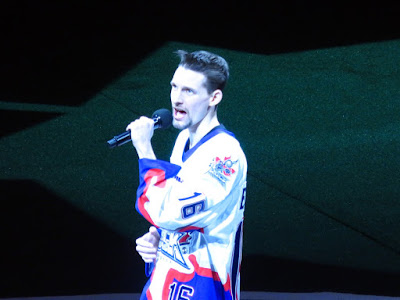 Team huddle before the game. 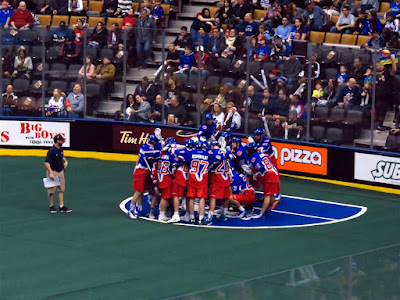 Ten seconds after this opening face-off, Toronto put in its first goal of the game, much to their fans delight. 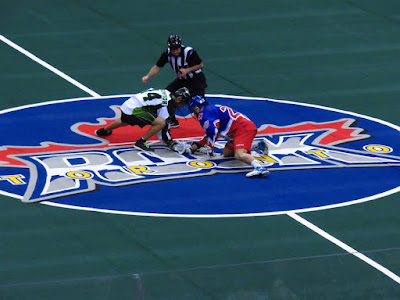 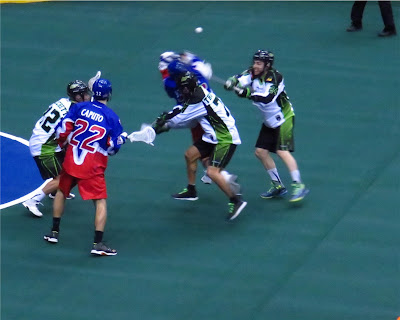 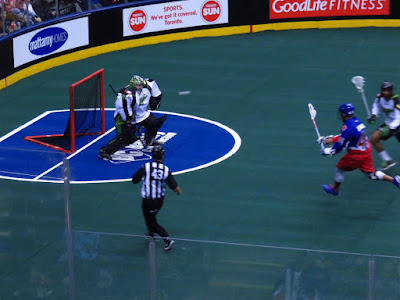 The Toronto Rock Cheerleaders put on a performance. 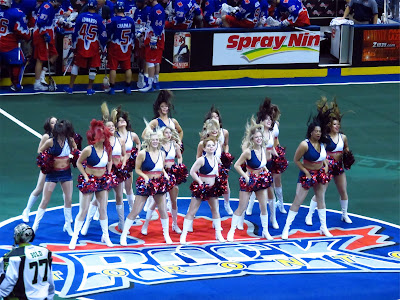 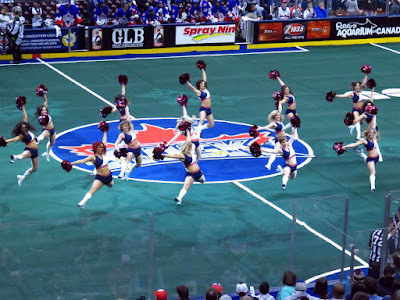 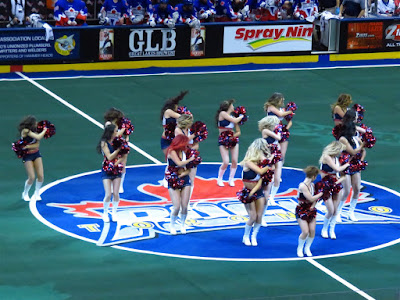 The Rock finished the first quarter with a 5-0 lead. A shutout in quarter in lacrosse is very rare. At the half, it was 8-2 and we all were having a great time. 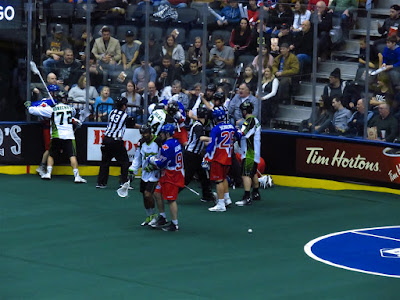 A contest on who was the best announcers. You can see that the red wig guys are back! 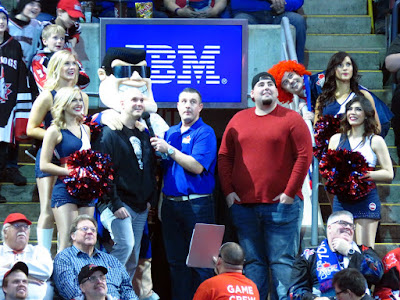 Toronto's lead slipped more in the fourth quarter when the Rush put in two goals to bring Toronto's lead to just one goal, 11-10.

The cheerleaders came on to rev up the team and the crowd. 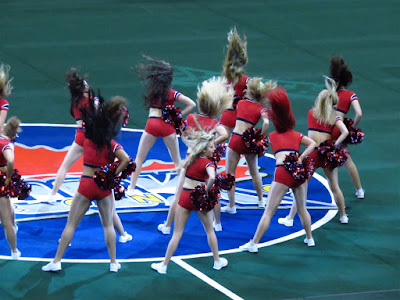 Iggy worked the crowd too. 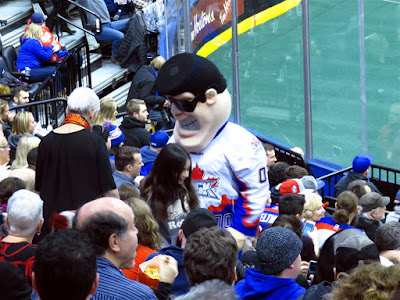 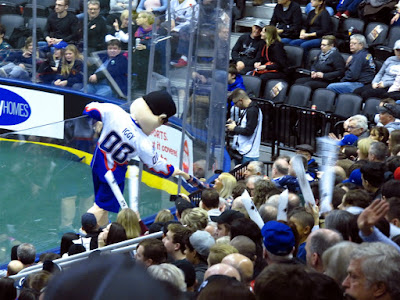 We didn't win the 50/50 draw but the Rock did what they needed to do to win the game. 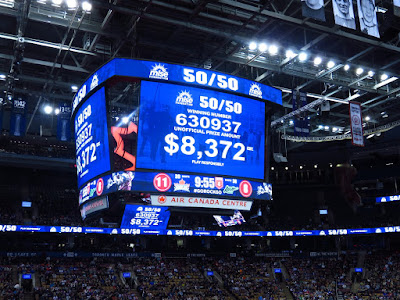 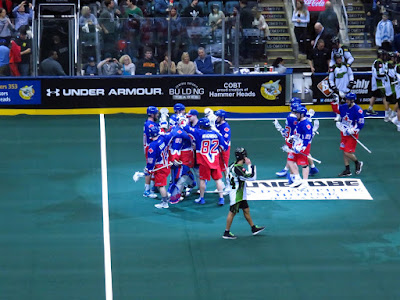 Last year was bad with the Rock going 5-13 but this year looks so much better with a younger, faster team. I am really looking forward to this season. It's going to be a good one.
Posted by Swordsman at 22:30