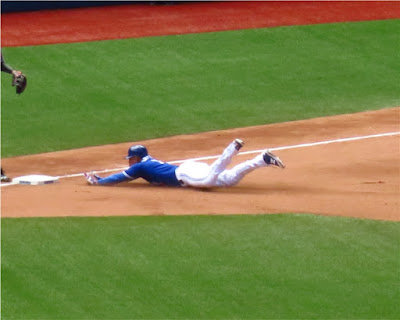 This weekend, Tom, Rick, Malcolm and I are on a boys baseball weekend away ... in Toronto. Yes, we didn't travel far.  I am a $15 cab ride from home but with the cost of the American dollar, this was the best choice. Besides, in all the twenty plus years we have known each other, the four of us had never been to a Jays game together. That changed today.

Here I am with Malcolm, Rick and Tom. 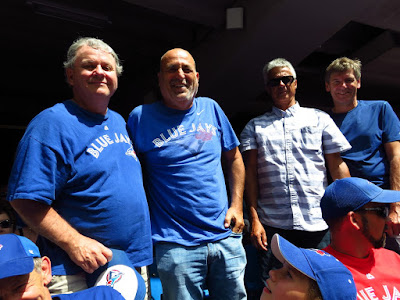 The Jays came into the game riding a seven game winning streak. This afternoon that ended with a 3-2 loss. The Jays were never in the lead. Devon Travis tied the game in the bottom of the seventh, two all, with a home run, but the Tigers answered with a home run of their own in the top of the eighth with a Victor Martinez home run that the Jays could not over come.

Here are some pictures of the game. 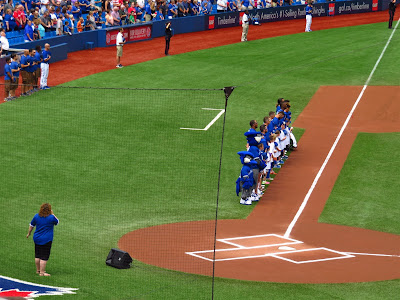 Sanchez deals his first pitch. Look at the torque in his arm in the second picture. 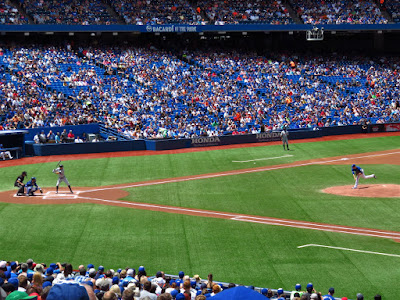 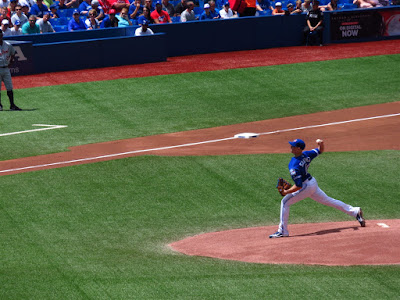 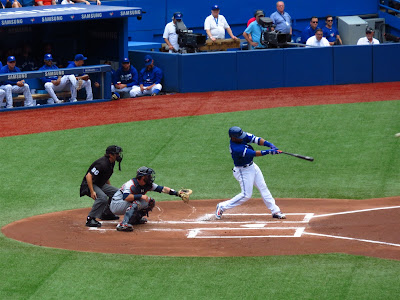 A pitch comes into Russel Martin 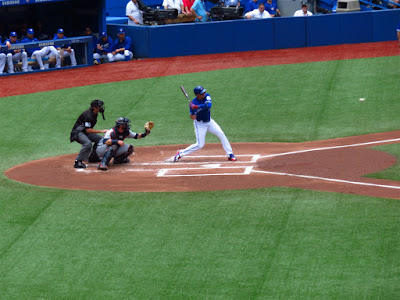 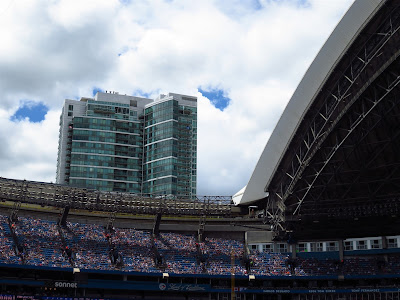 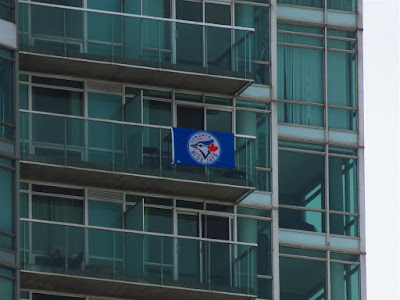 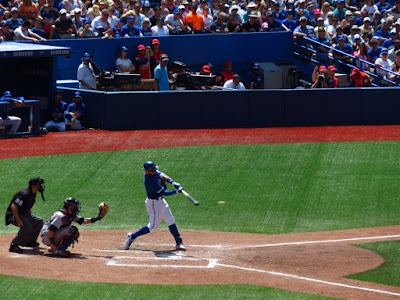 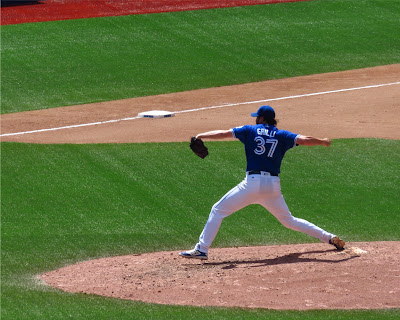 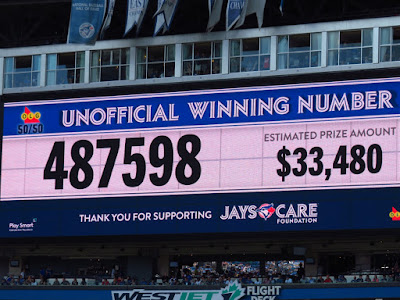 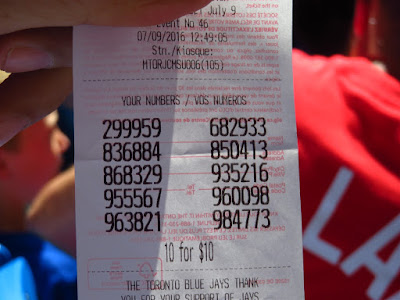 There was a big sellout crowd for the game. 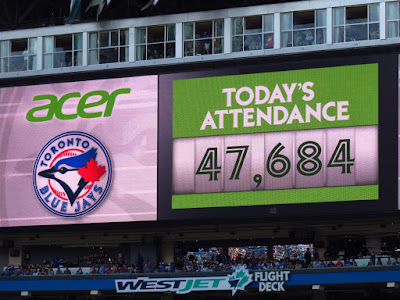 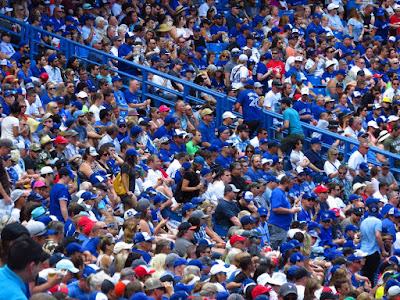 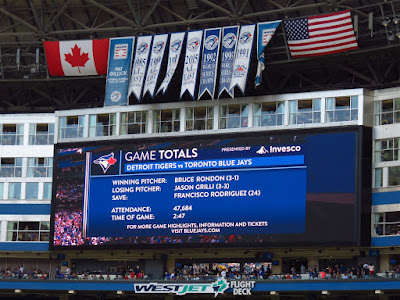 Today is the last day I will be wearing my Ricky Romero shirt to a Jays game. Going into this season, the shirt had a 15-3 win loss record. This year it is 3-4. I bought a new Kevin Pillar shirt this week and will be wearing it to games for the rest of the season.

The Jays have a great record and are chasing down Baltimore for first. Lots of baseball left for this season and it's going to be exciting!
Posted by Swordsman at 18:00