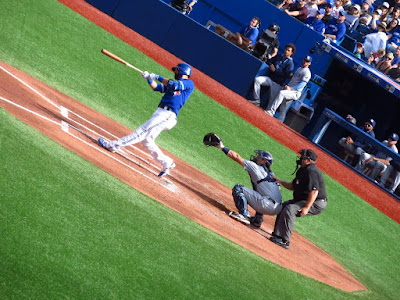 Teena and I enjoy going to Toronto Blue Jays games, especially the first game, the Canada Day game and the last home game of the year.

Today was the last regular season home game and the Jays came in looking to keep or extend their lead over the Yankees for first place in the eastern division. They were taking on the Tampa Bay Rays.

It was a beautiful day for a game. 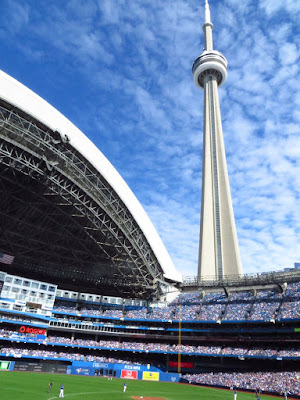 Here we are with our rally towels. The first twenty thousand fans received Blue Jay hoodies. The people in front of us arrived at 10:05am and only 3 of the 4 of them got hoodies. They heard some people had lined up as early as 6:30am! 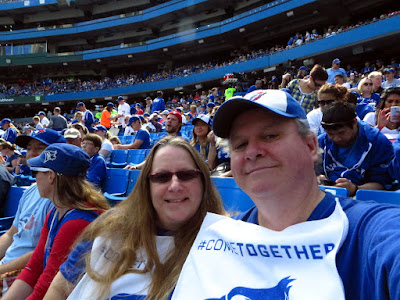 The music each player has selected for themselves to be played as they walk up to the plate. 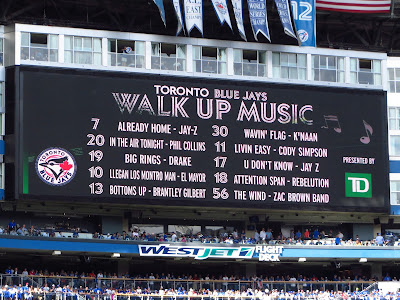 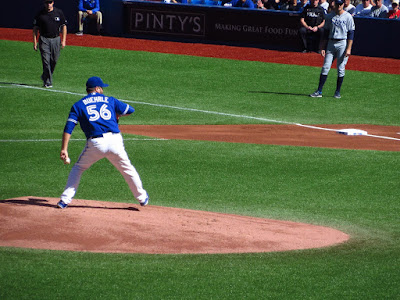 Buehrle in action later on in the game. The defense behind him was a little shaky in the early going and the Jays found themselves down 4-1 after 4 innings. Buehrle pitched 6 full innings before being pulled. 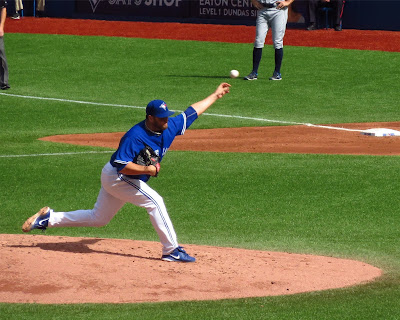 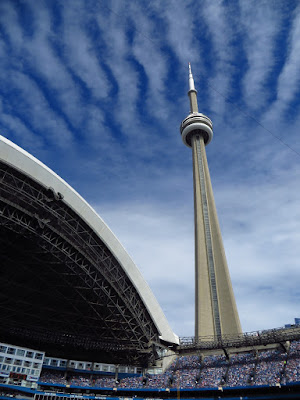 We just missed this double play. 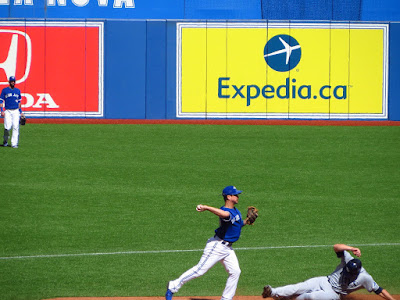 The cover on my camera hasn't been closing properly. Partway through the game, the front piece game off and pieces went flying. Camera still worked great, though. 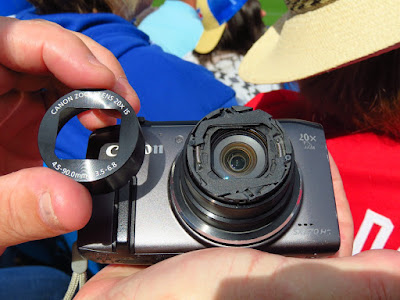 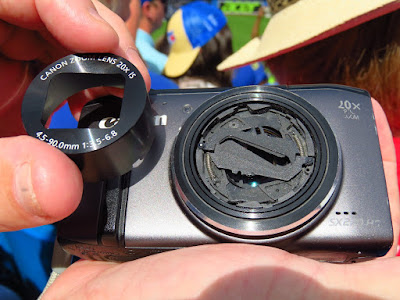 Every Sunday since 2012, the Toronto Blue Jays have done a Sunday salute, honouring a member of our Canadian Armed Forces. Today it was Sergeant Steve Pugh. 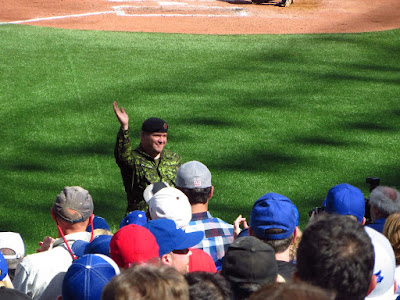 The place was packed. 47.287 fans were in attendance, all with rally towels. 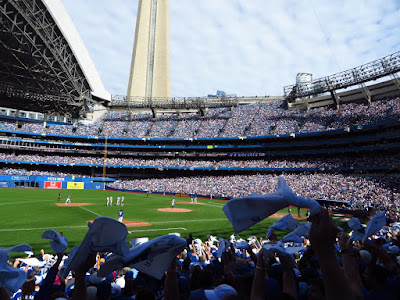 Down 4-1 in the sixth, Justin Smoak fouls one off with a man on base. 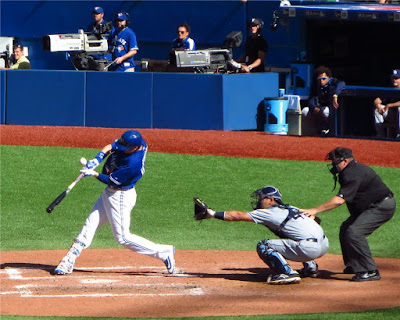 He didn't miss on the next pitch, a two run home run! 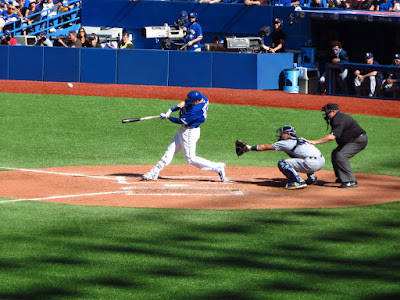 This pot would have been sweet to win. We bought $10 worth but weren't close. 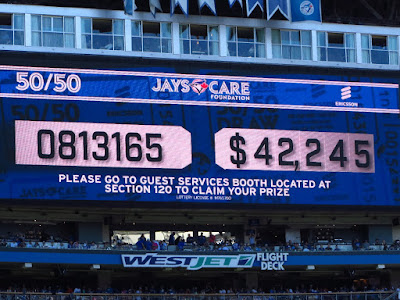 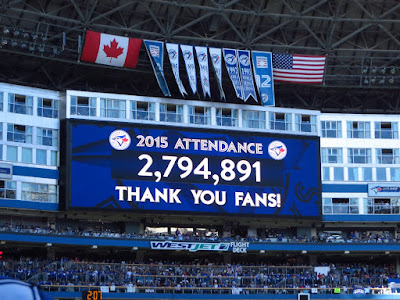 These fans love our big three, Donaldson, Bautista and Encarnacion. 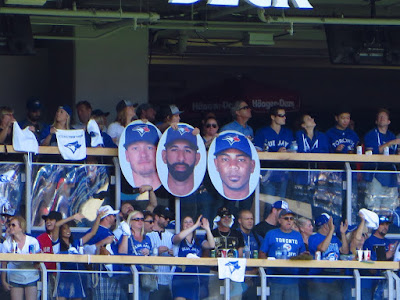 Brett Cecil came in for the ninth inning and shut down the Rays. 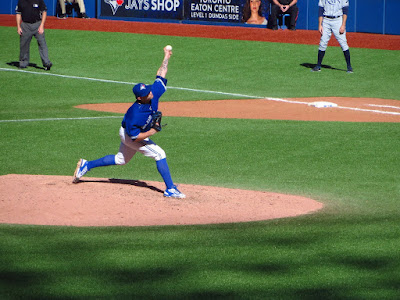 In the bottom of the ninth, the man who should be this years MVP drills a home run to left field for a walk-off victory. The place went nuts! 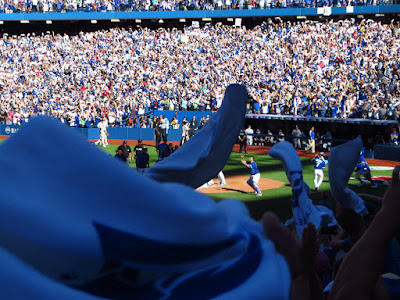 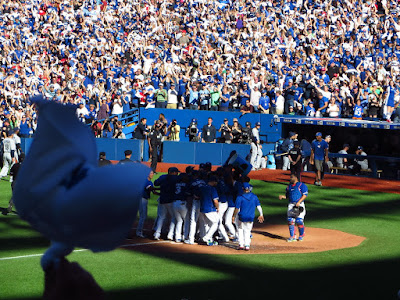 What a fun afternoon! Seeing a win is much more fun than a loss and to be there for a game winning homerun to complete a  late game comeback, well ... 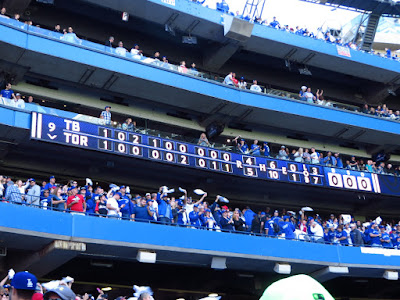 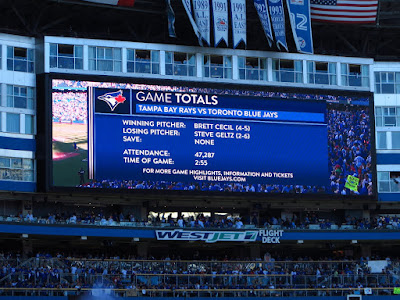 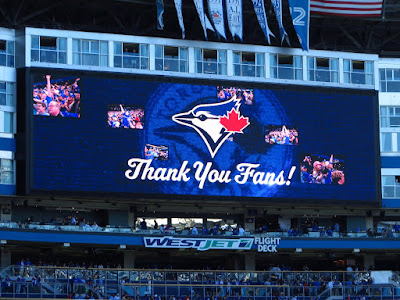 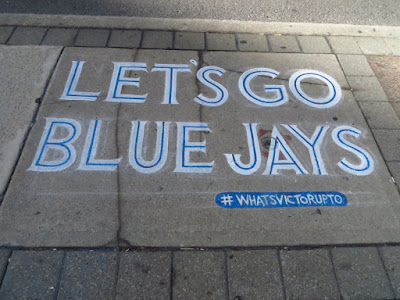