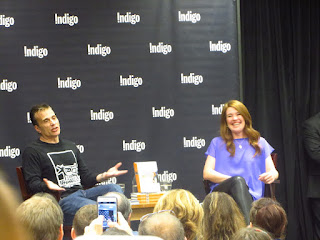 Tonight six time Olympic medalist, Clara Hughes, was at Indigo at Bay and Bloor in conversation with Michael Landsberg to promote her new book, Open Heart, Open Mind. She is the only athlete ever to win multiple Olympic medals in both the summer and winter games. Quite an achievement! 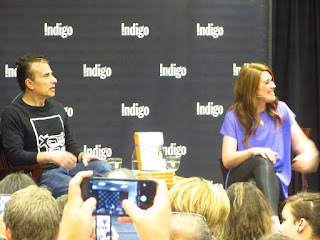 Not only is she a great athlete but she has been very open about her depression issues and has been a huge spokeswoman to raise awareness of this illness. 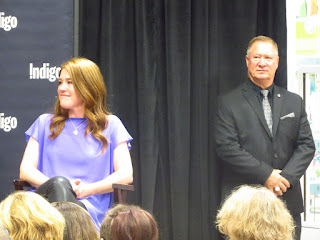 She is very inspirational to listen to, full of energy, funny and fun. Clara was very open in the conversation about her depression, her eating disorders when she was young and breaking an anti-doping rule back in 1996. She also said she ran a horrible race that day and was not taking the drug, which is now considered legal. She doesn't know if somebody spiked her water or if there was an error in the test but she was mortified. I believe her.

The last 10 minutes she talked about the 2010 Vancouver Olympics and what it meant to her. It was an honour for her to be the flag bearer for the team but it put a lot of pressure on her. Reporters apparently were asking tough questions of her like what does she think of the Olympic Village being sold for condos ("I skate fast in circles. I know how to turn left. I don't know about condos!").

A friend of hers in the Squamish Nation saw her interview and saw how stressed she was. He invited Clara to their Brushing Off Ceremony, which cleans the spirit of any negative and troubling issues. The name of the book comes from what she was told by a chief after the ceremony. 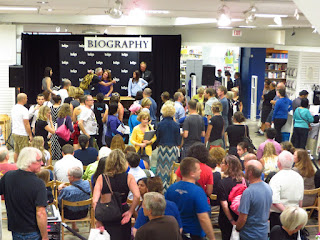 Afterwards you could get your book signed by her and have your picture taken with Clara. I was in Group 5. Groups 1 and 2 took about 35-40 minutes to get through so I asked around 'til I found somebody in a later group and gave them my ticket. 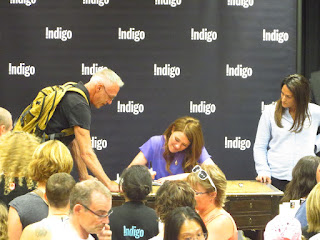 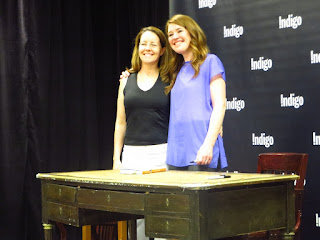 Should you ever have a chance to see her talk, go! You won't regret it. Here is Clara Hughes last race, a bronze medal performance.