I went for a walk during my morning break and as I passed through Commerce Court, I heard a band warming up. It turns out there was going to be a concert in the square by the fountain at lunch time so I timed my lunch so I could go see it.

There were lots of people there. 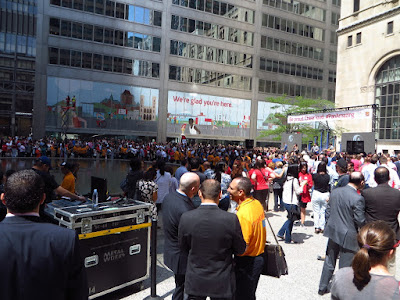 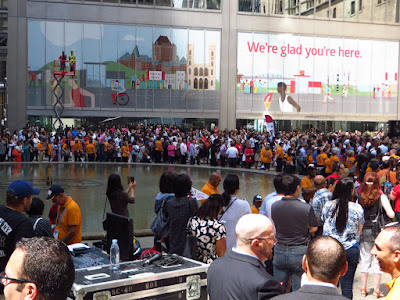 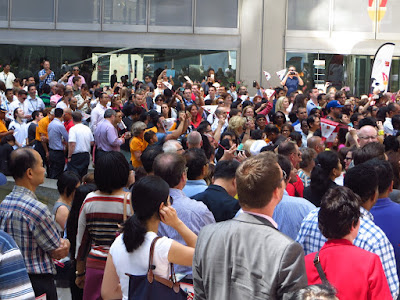 Lights, who was born in Timmins, Ontario, the birth place of another very famous Canadian, put on a great performance. I had never heard of her before and now would like to get to know more of her music. 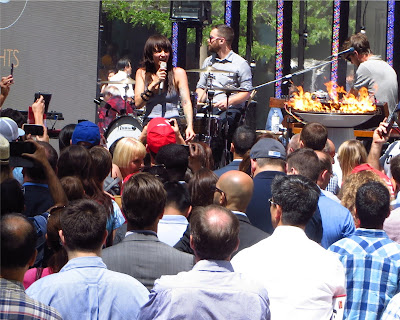 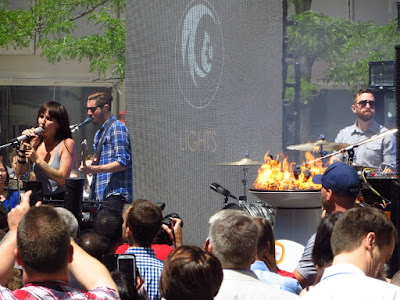 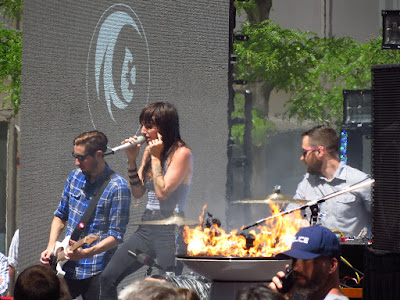 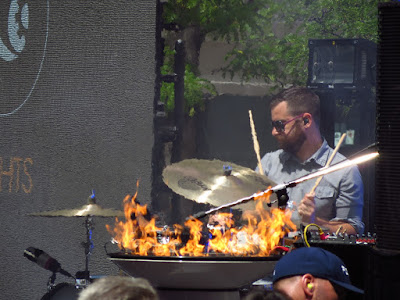 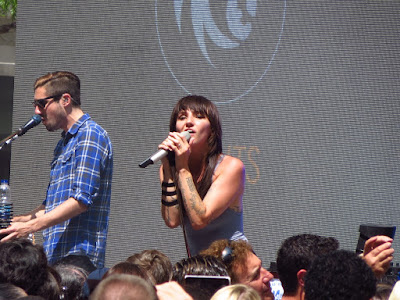 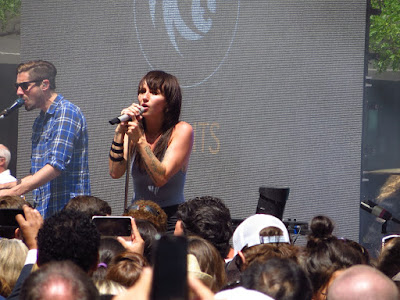 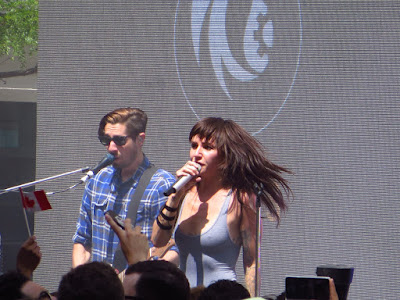 The fire by the stage was cool but it turns out it was there for a reason. There was to be a torch lighting from the Pan Am flame for the last leg of the 41 day torch relay. Tina Forsyth lit the torch from the cauldron for the first part of the last leg. 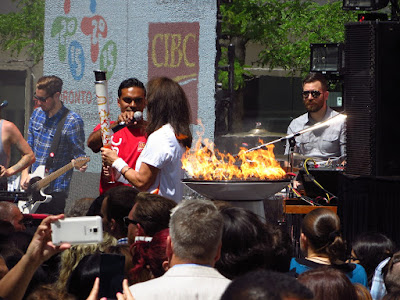 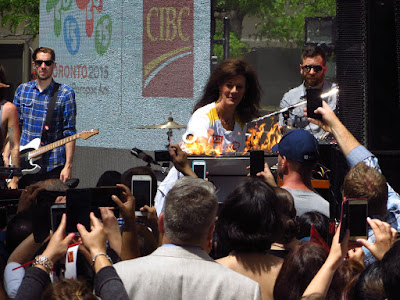 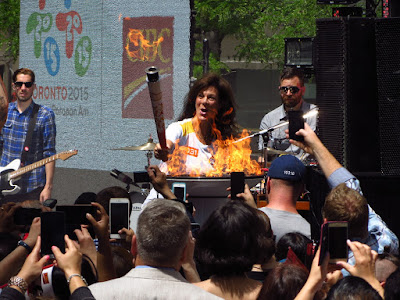 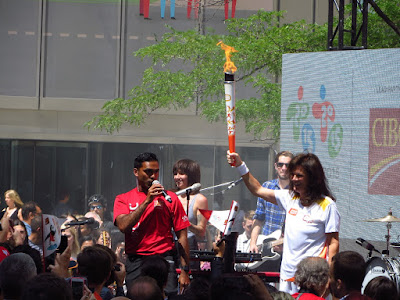 After a few minutes of ceremony, off she went through the crowd for the first part of the last leg. The flame is supposed to arrive for the final lighting later tonight.

Lights is supposed to play again during the games on July 20. It's going to be a fun couple of weeks of sports and entertainment. If you're in Toronto, you should get out and enjoy the party!
Posted by Swordsman at 13:30

Labels: Concerts, Events, Music, Things to do in Toronto, Toronto Pan Am Games