At an Interview With Alan Doyle of Great Big Sea 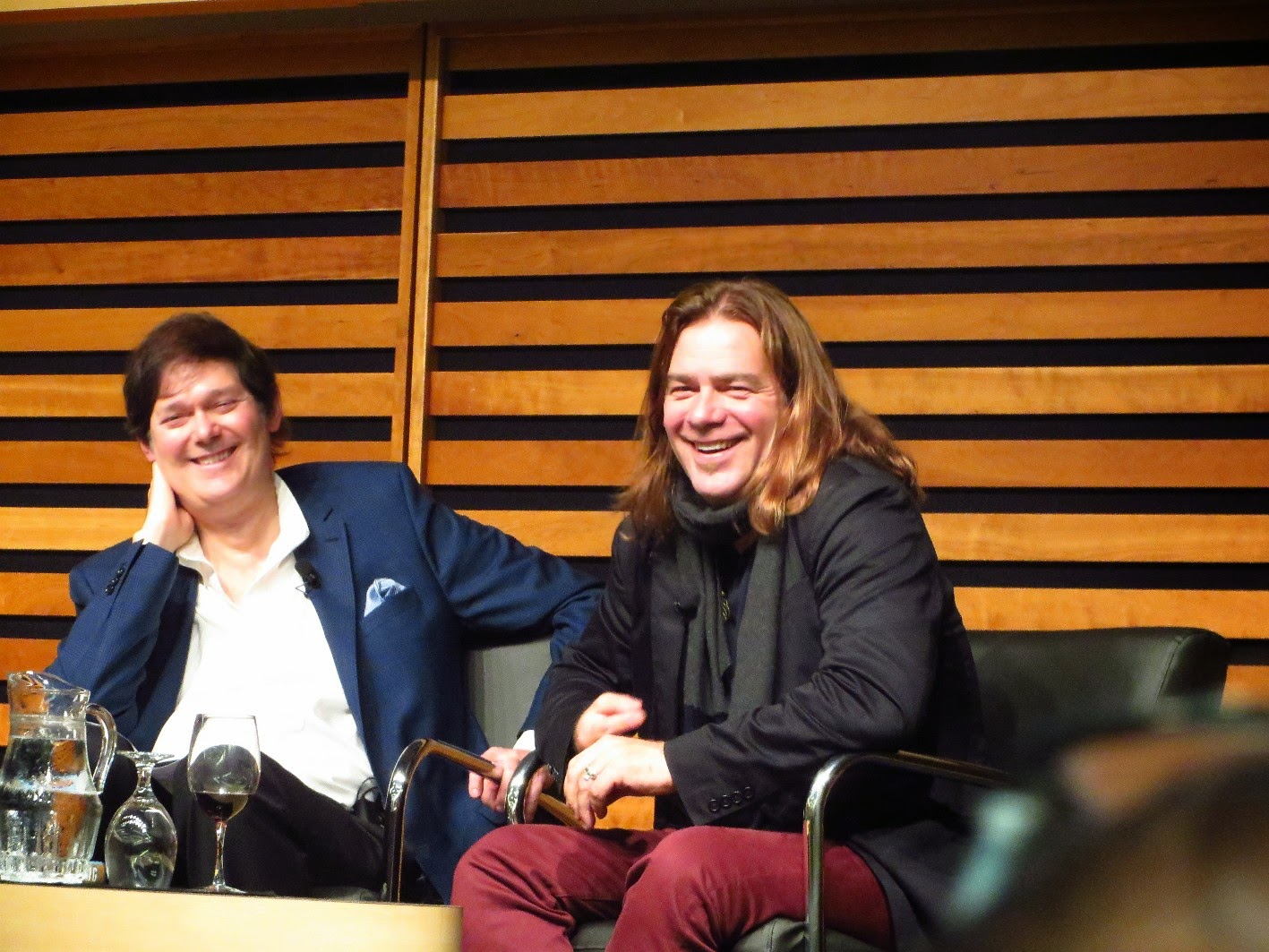 Tonight Teena and I went to the The Bram & Bluma Appel Salon in the Toronto Reference Library to see an interview with Alan Doyle of Great Big Sea. It was a huge room that held over 500 people and even had a cash bar. Like Alan started with, this is the first time he's had a drink inside a library.

The sold out interview (it was free) was hosted by Toronto Star's Peter Howell and coincided with the release of Alan Doyle's new book, Where I Belong. I am halfway through the e-version of the book and am loving it. 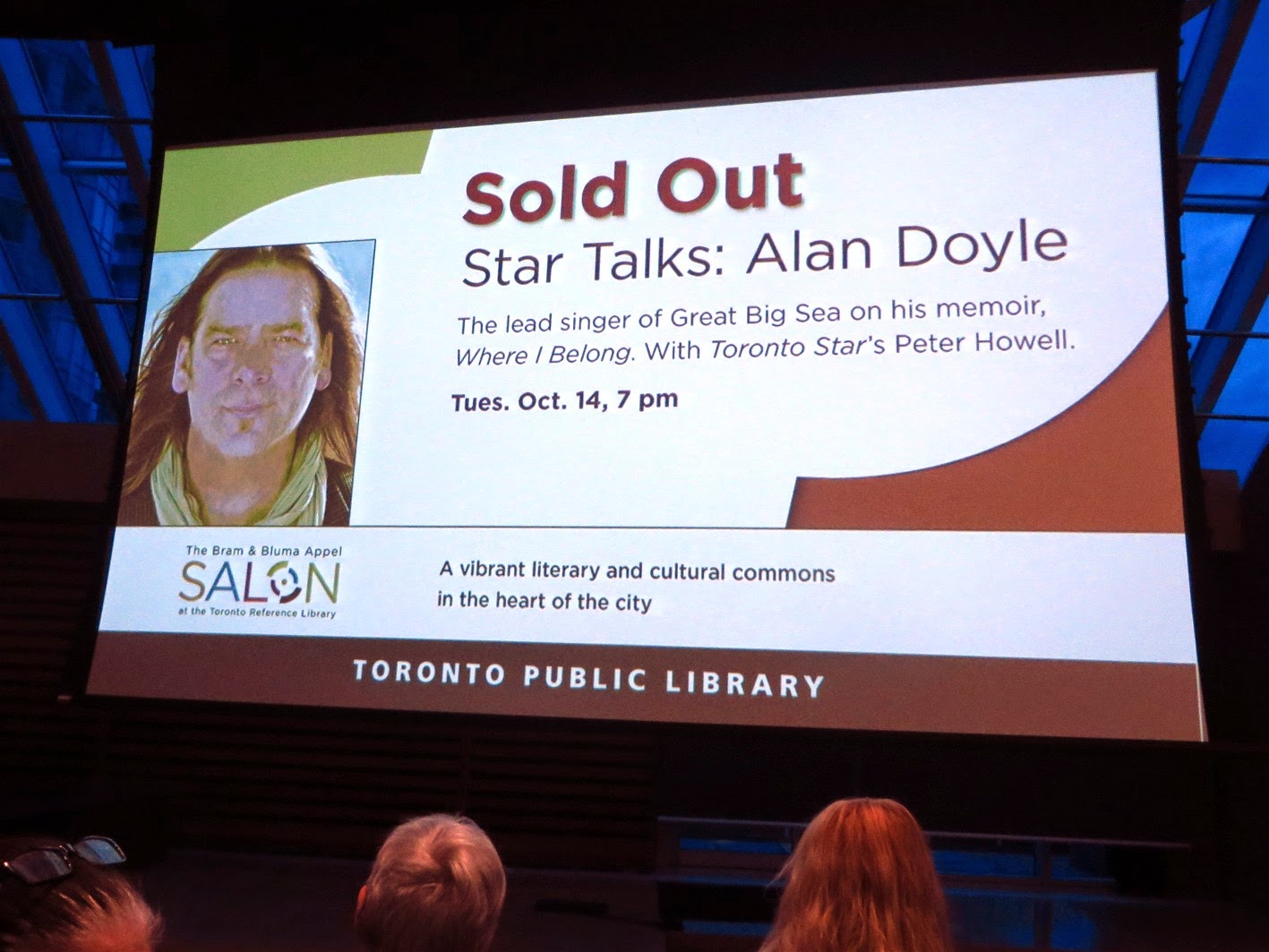 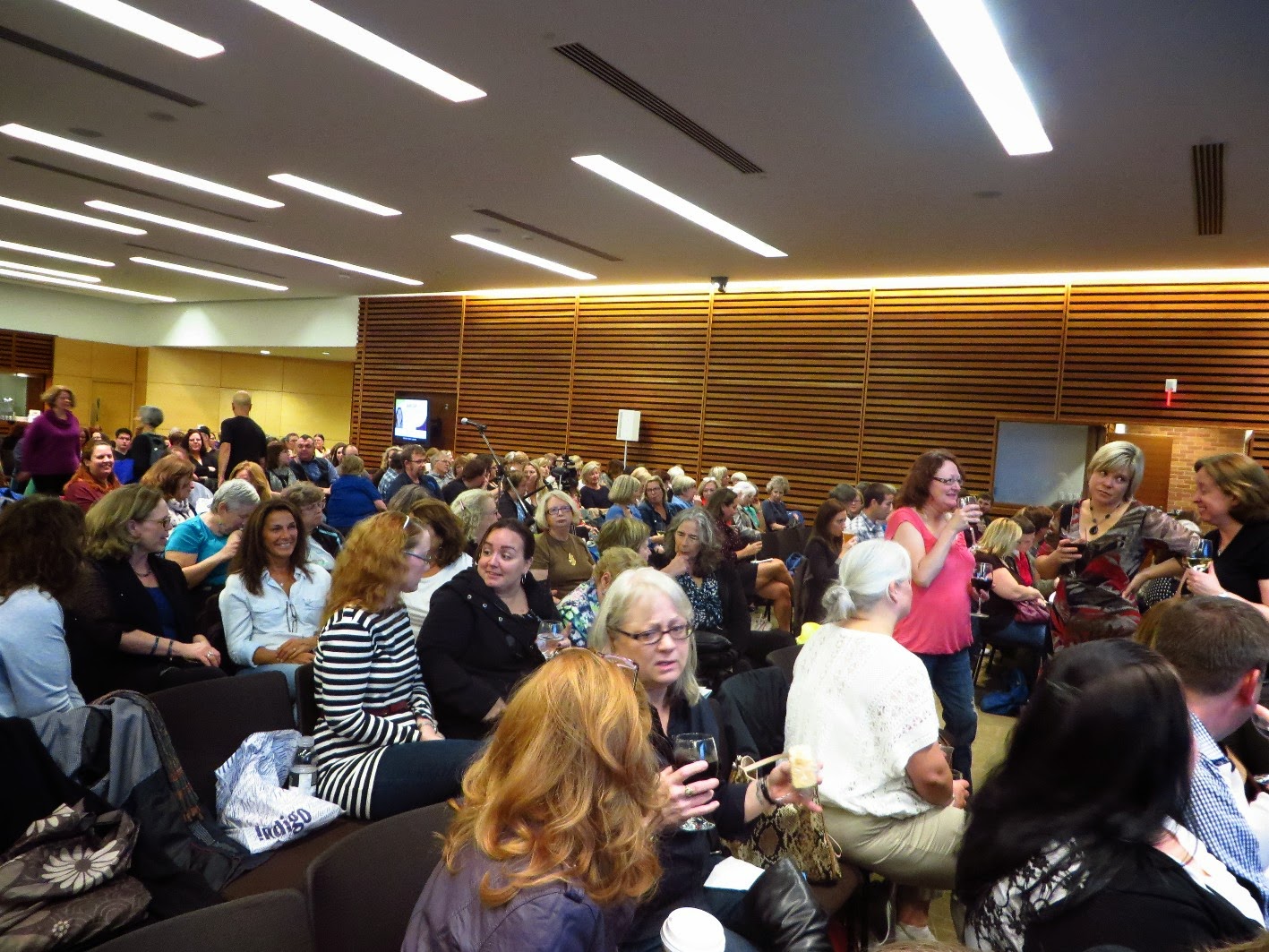 Doyle's book has many great stories in it so there was no surprise that he had a great many stories to tell tonight, of life as a musician and growing up in Petty Harbour. There were no boring bits tonight. 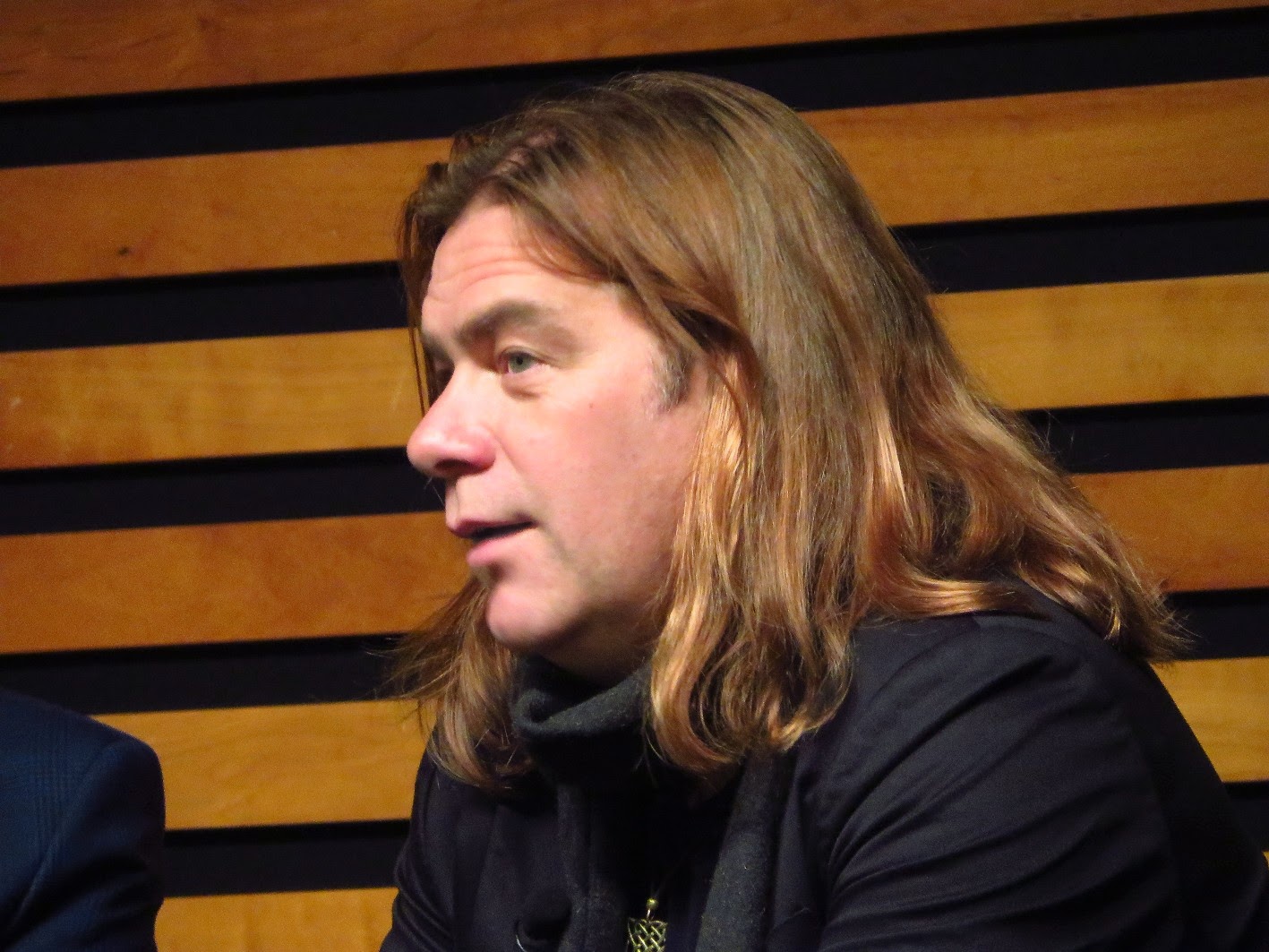 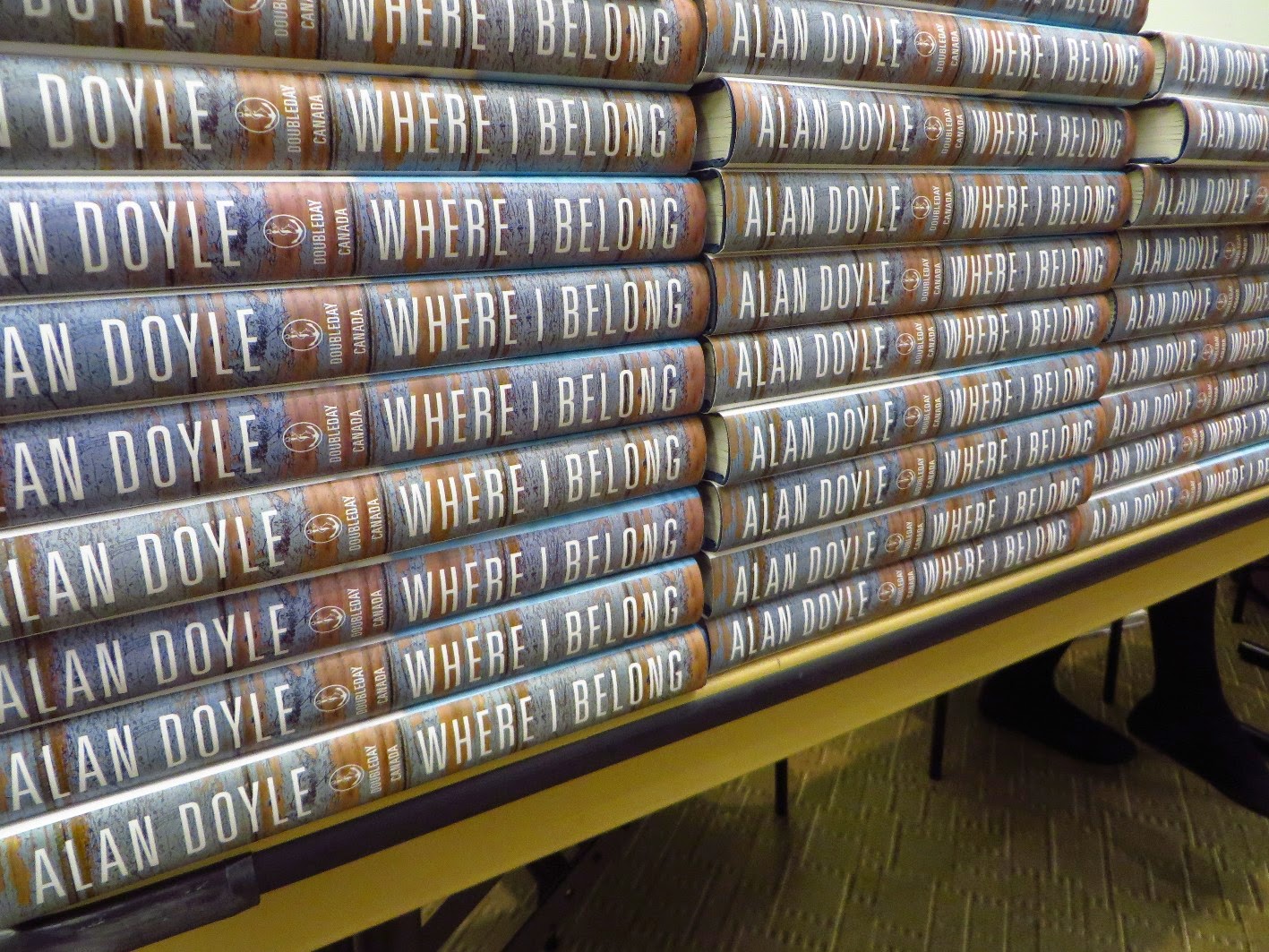 The last half hour was spent taking questions from the audience and it's very noticeable that with Doyle there are no short answers. There was a story for everything and a good one at that. Afterwards he signed copies of the book that you could buy there. Again he was chatty with everyone.

He seems like a nice fellow and would probably be fun to have a few beers with. I am really glad that I had a chance to go tonight. It was a fun time. 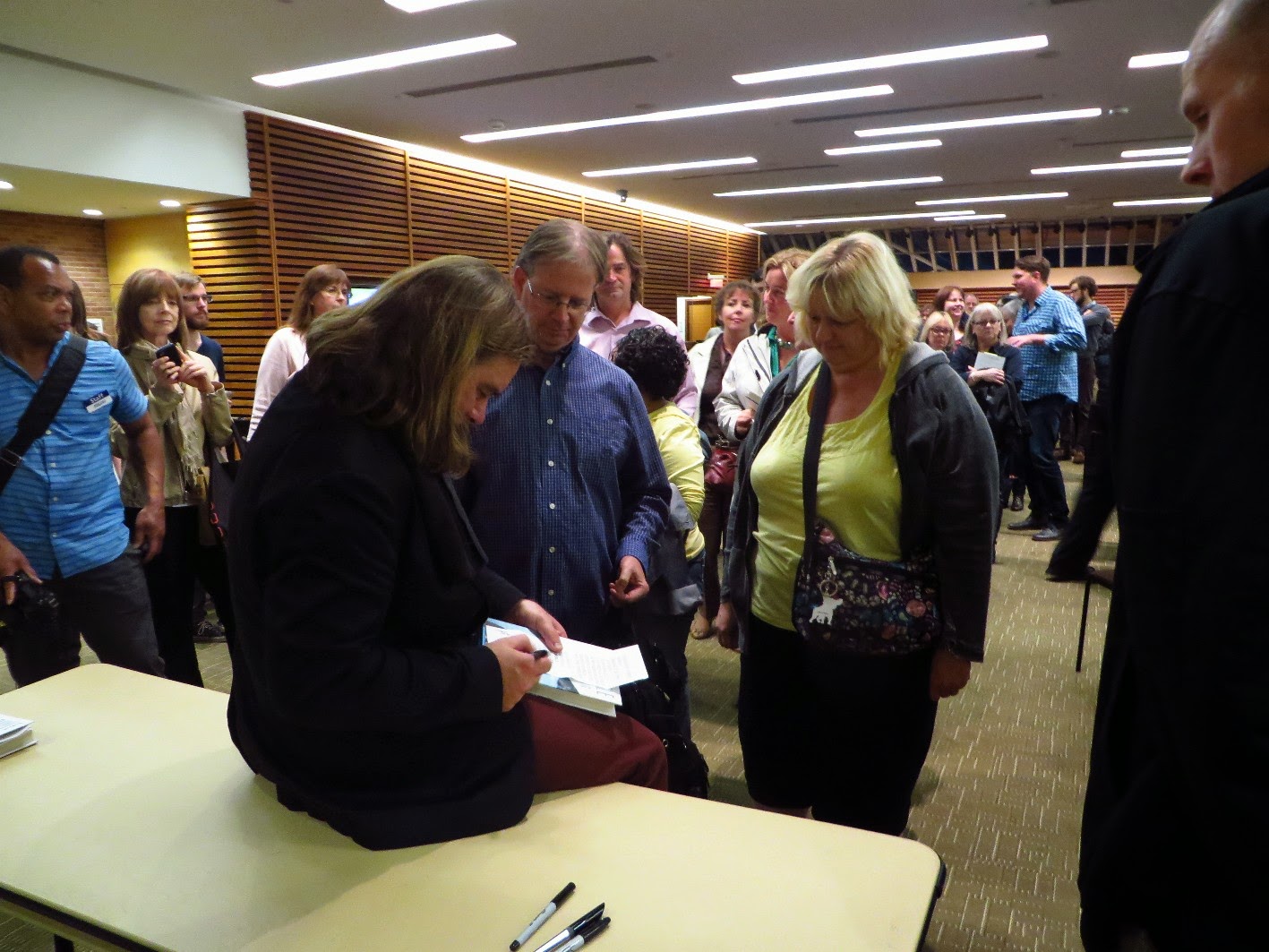