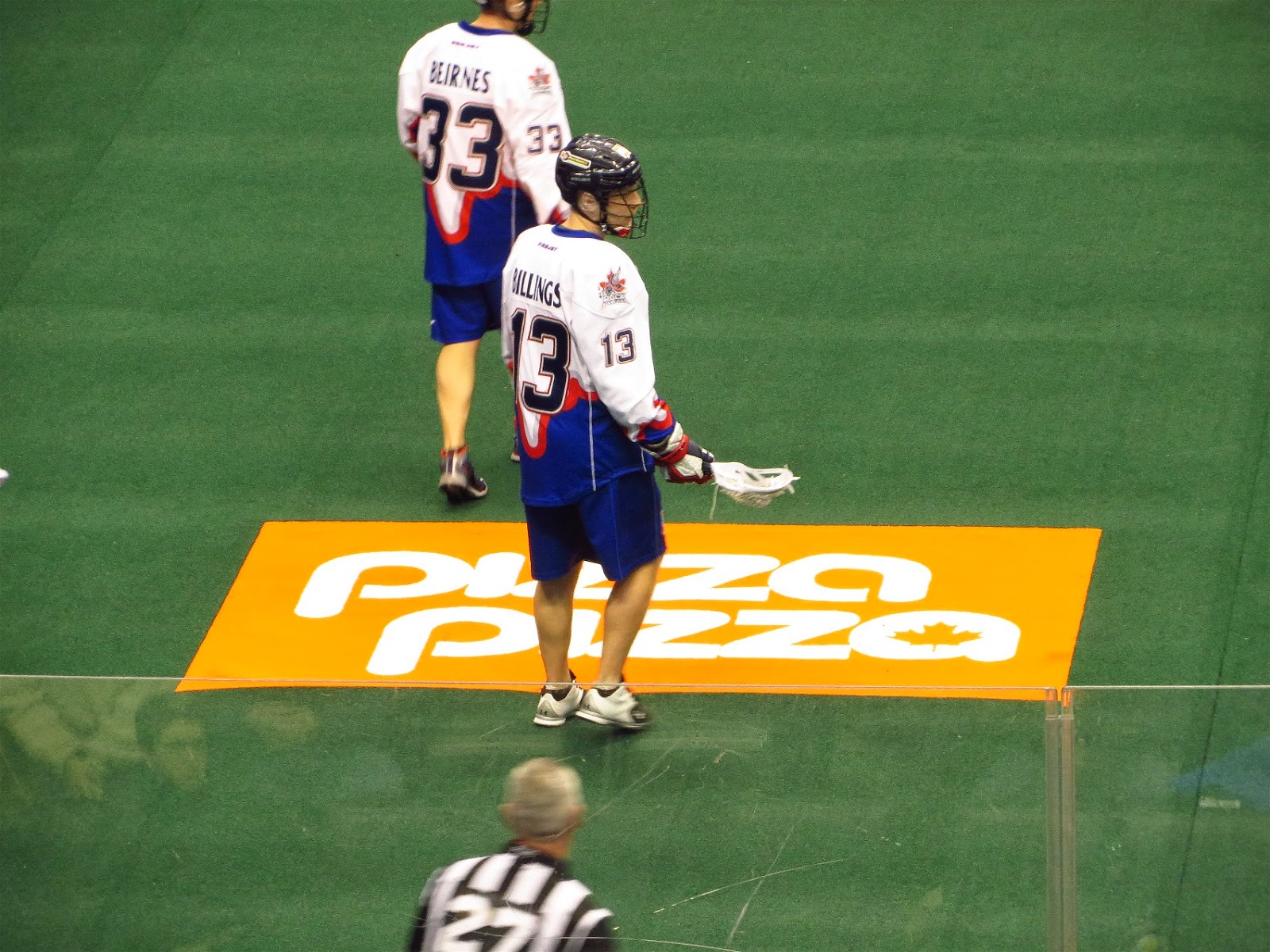 The Toronto Rock went into tonight's game with a losing 2-3 record. Both wins were at home and all loses were on the road. The Rock need a wind against the 3-3 Philadelphia Wings. They must have been inspired by it being Garret Billings bobblehead night. Billings sure was. He scored 6 goals to tie a franchise record and also assisted on another 6. His contribution on 12 goals was more than the Wings would score all night!

I made a new friend while getting my Billings bobblehead! 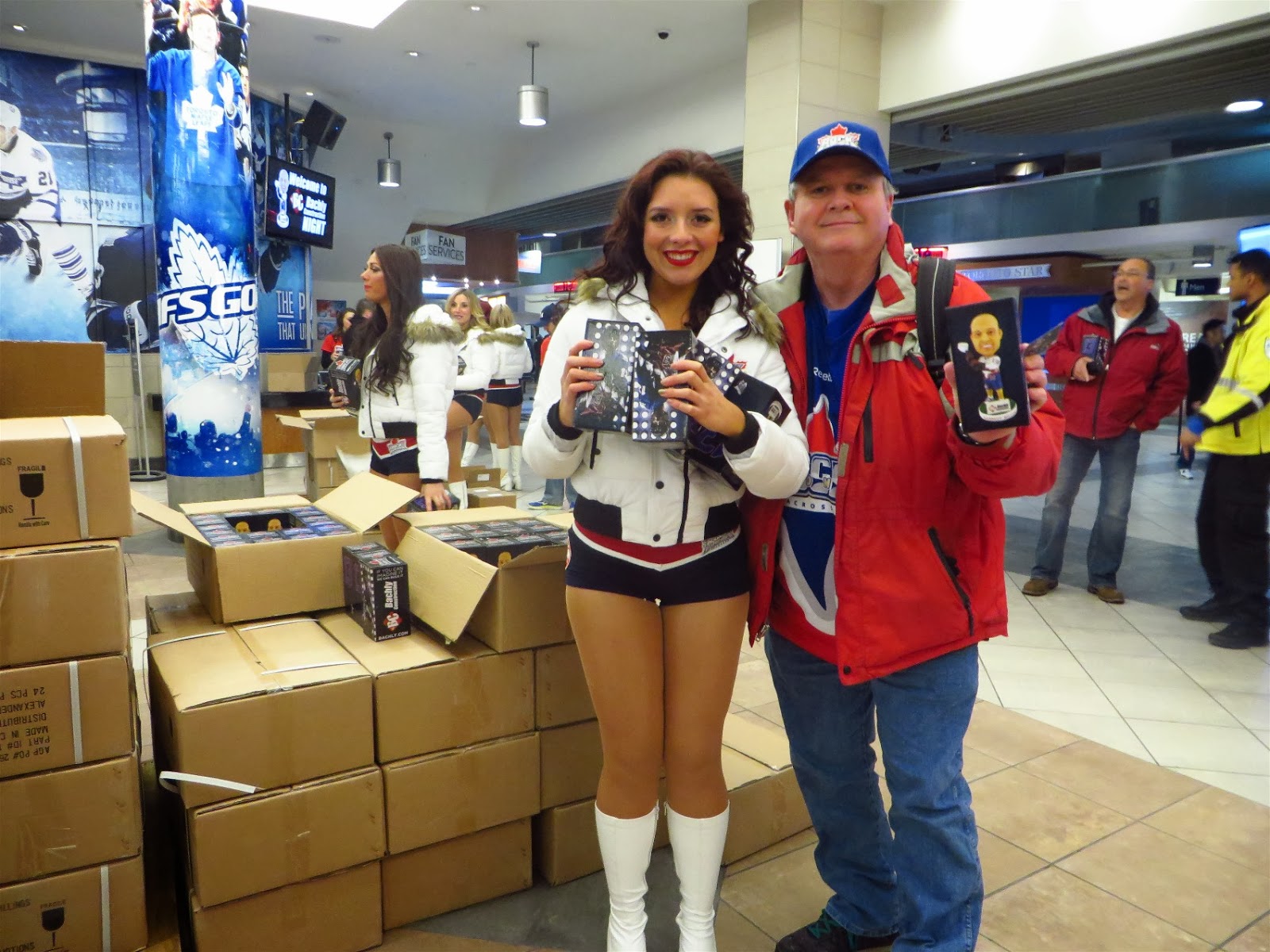 Scotty Newlands sang both the American and Canadian national anthems tonight and did his usual great job. 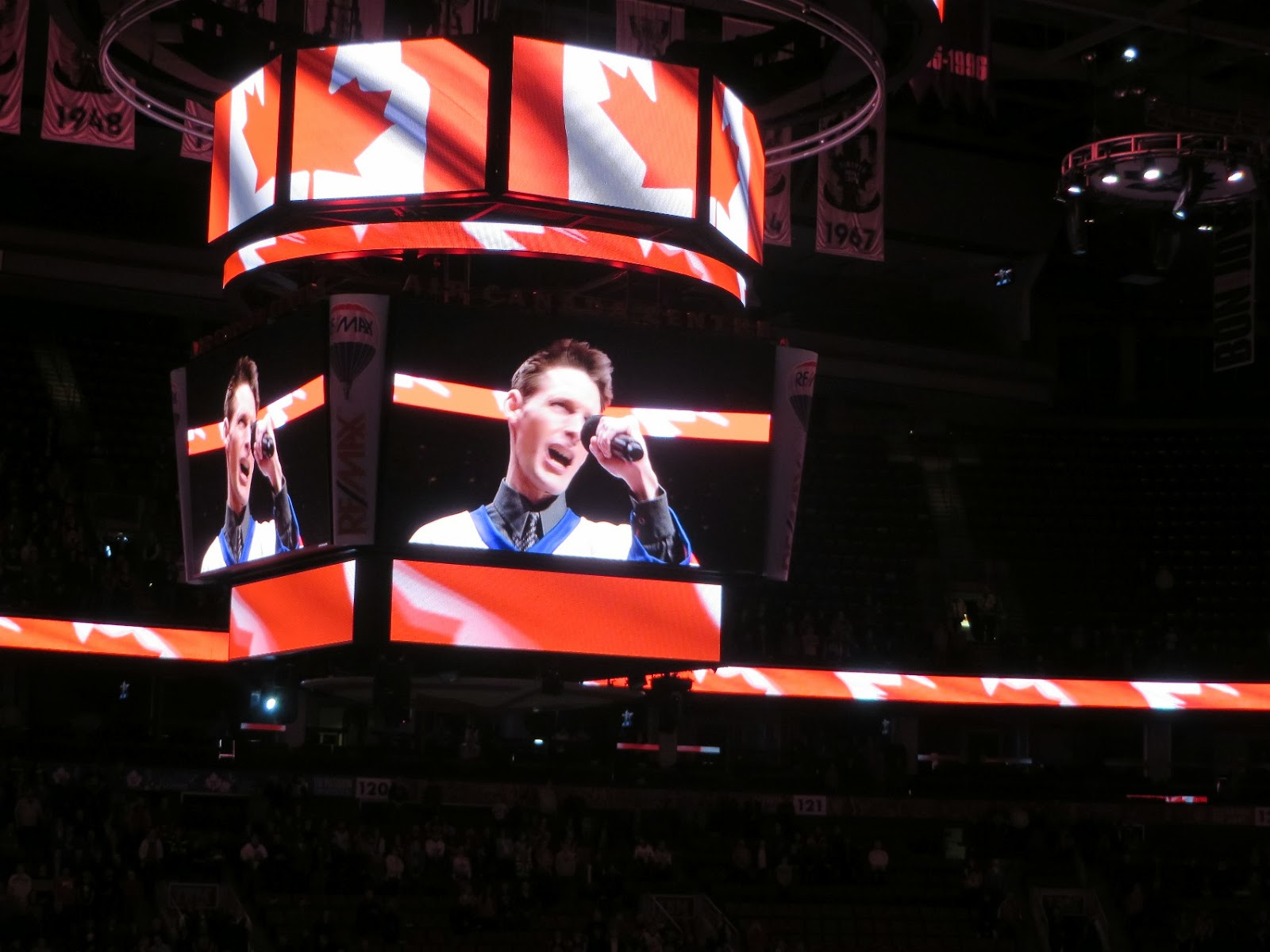 Teena and I were ready to cheer on the Rock! 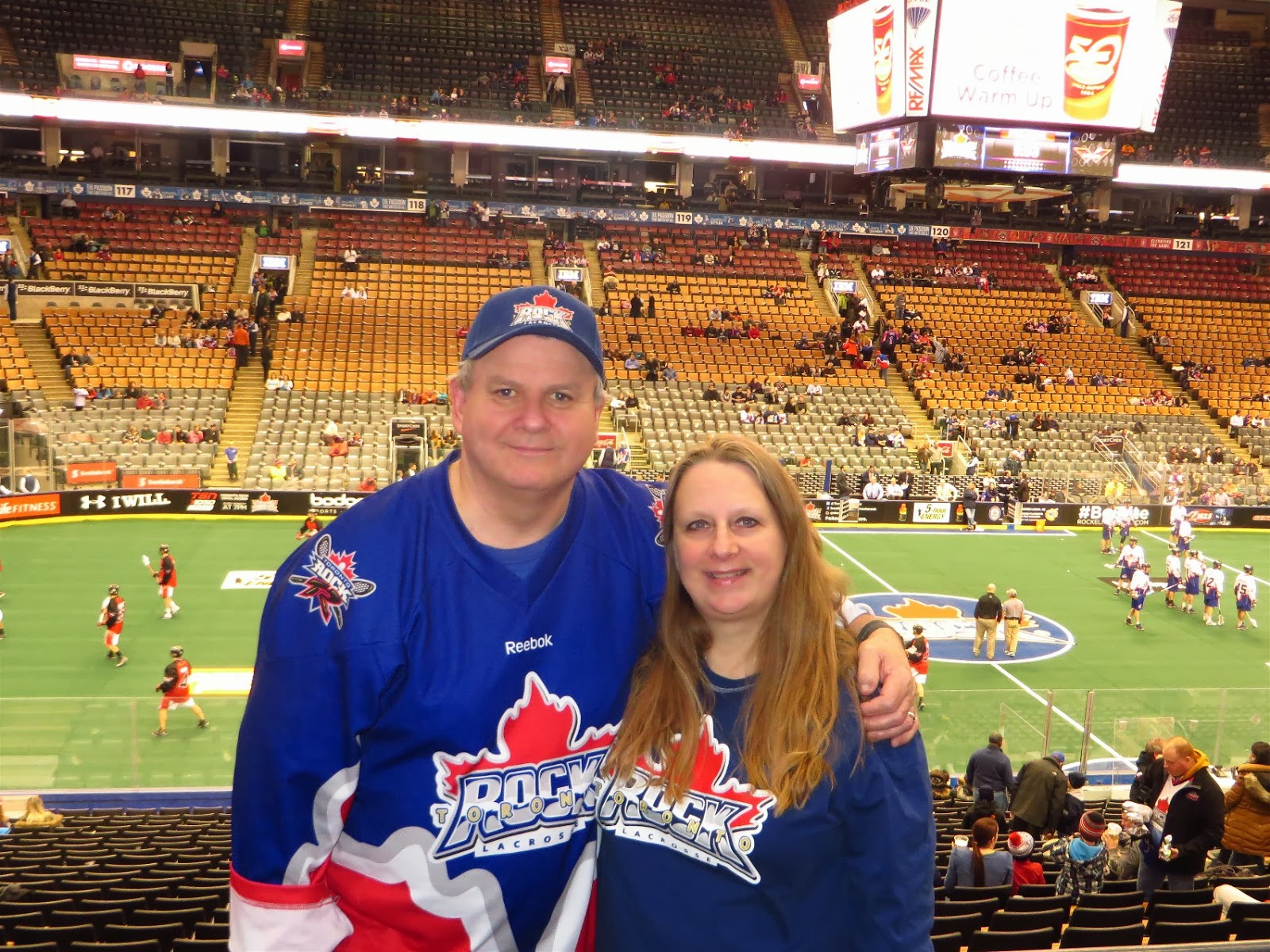 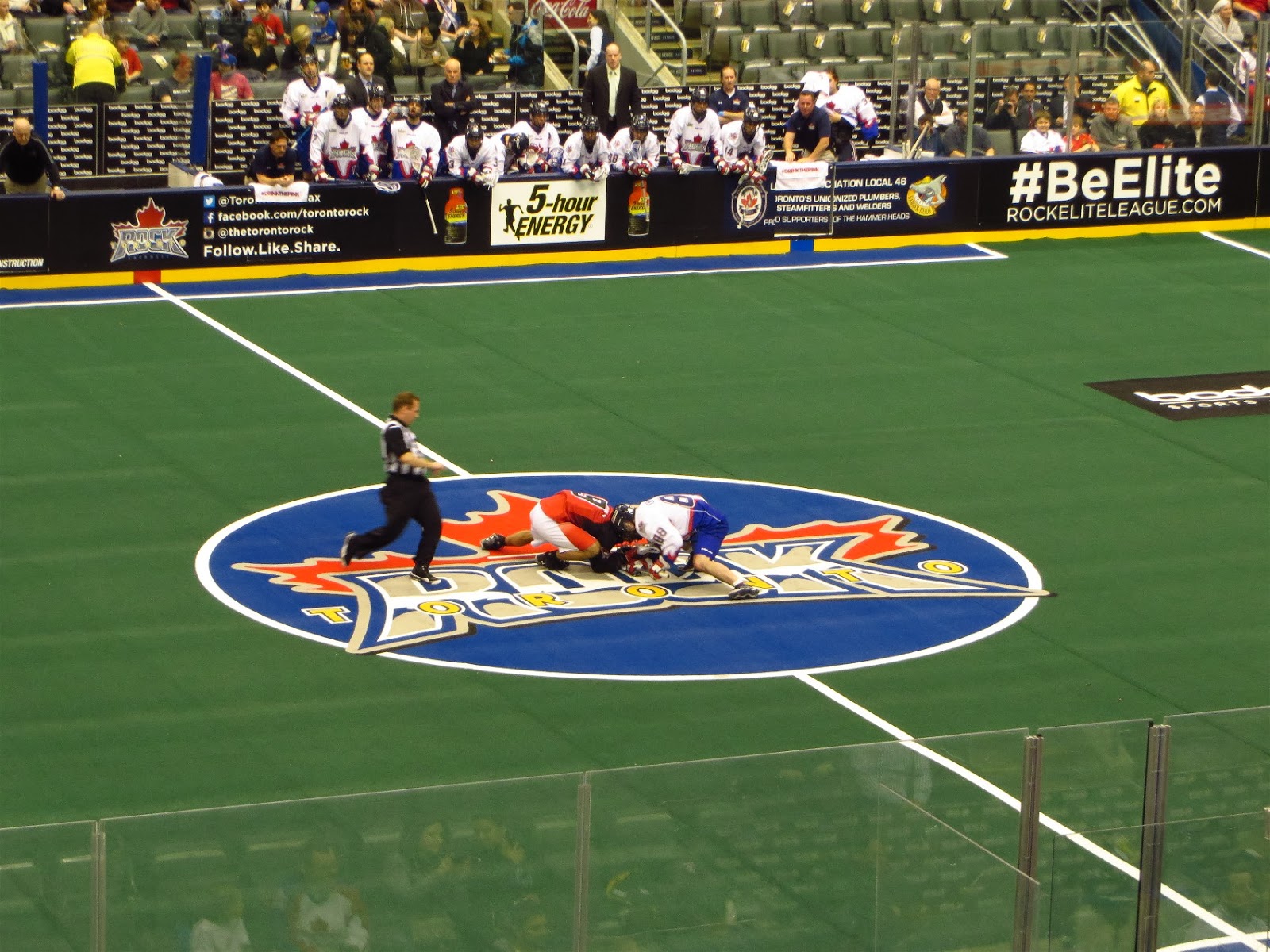 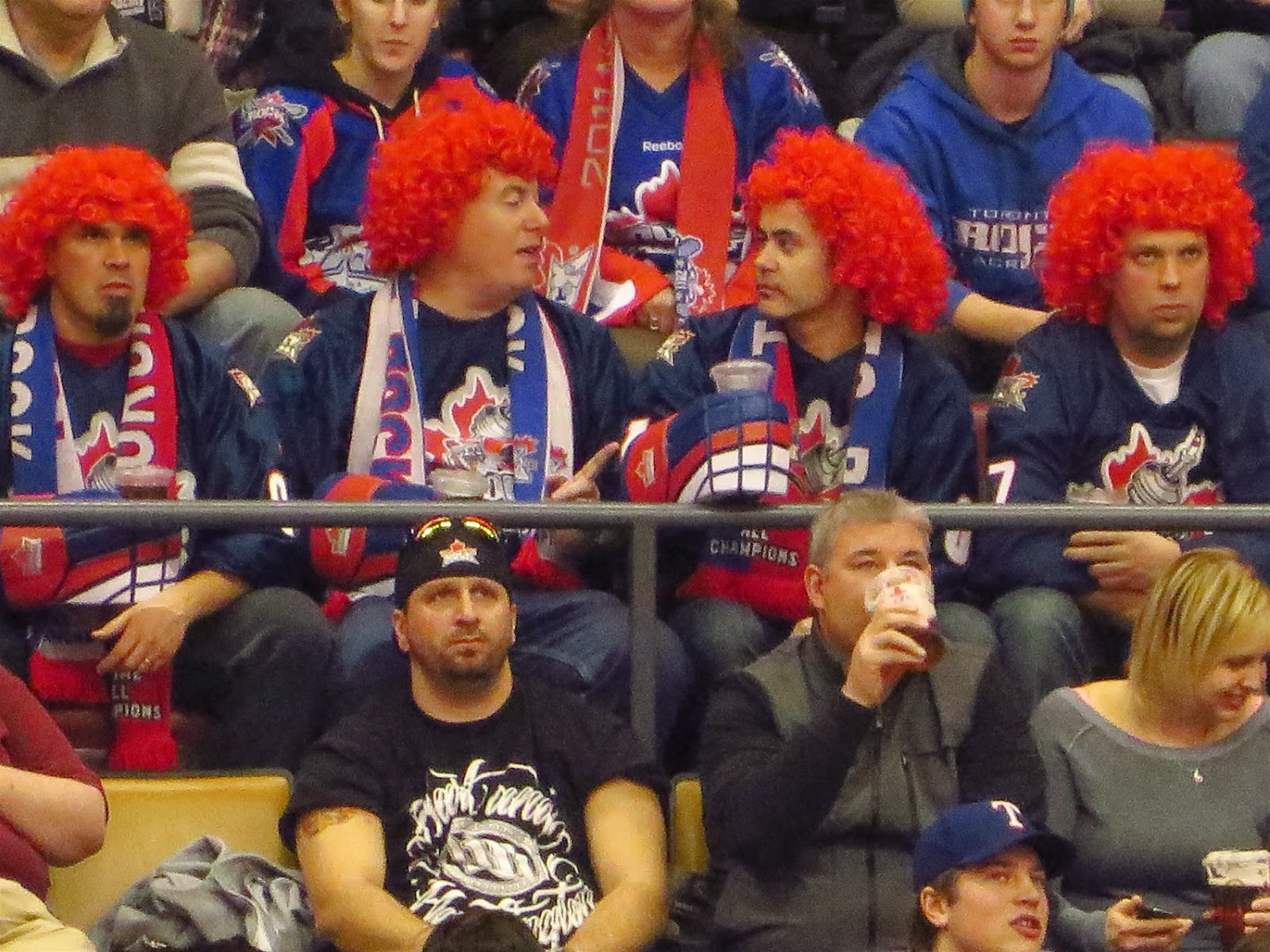 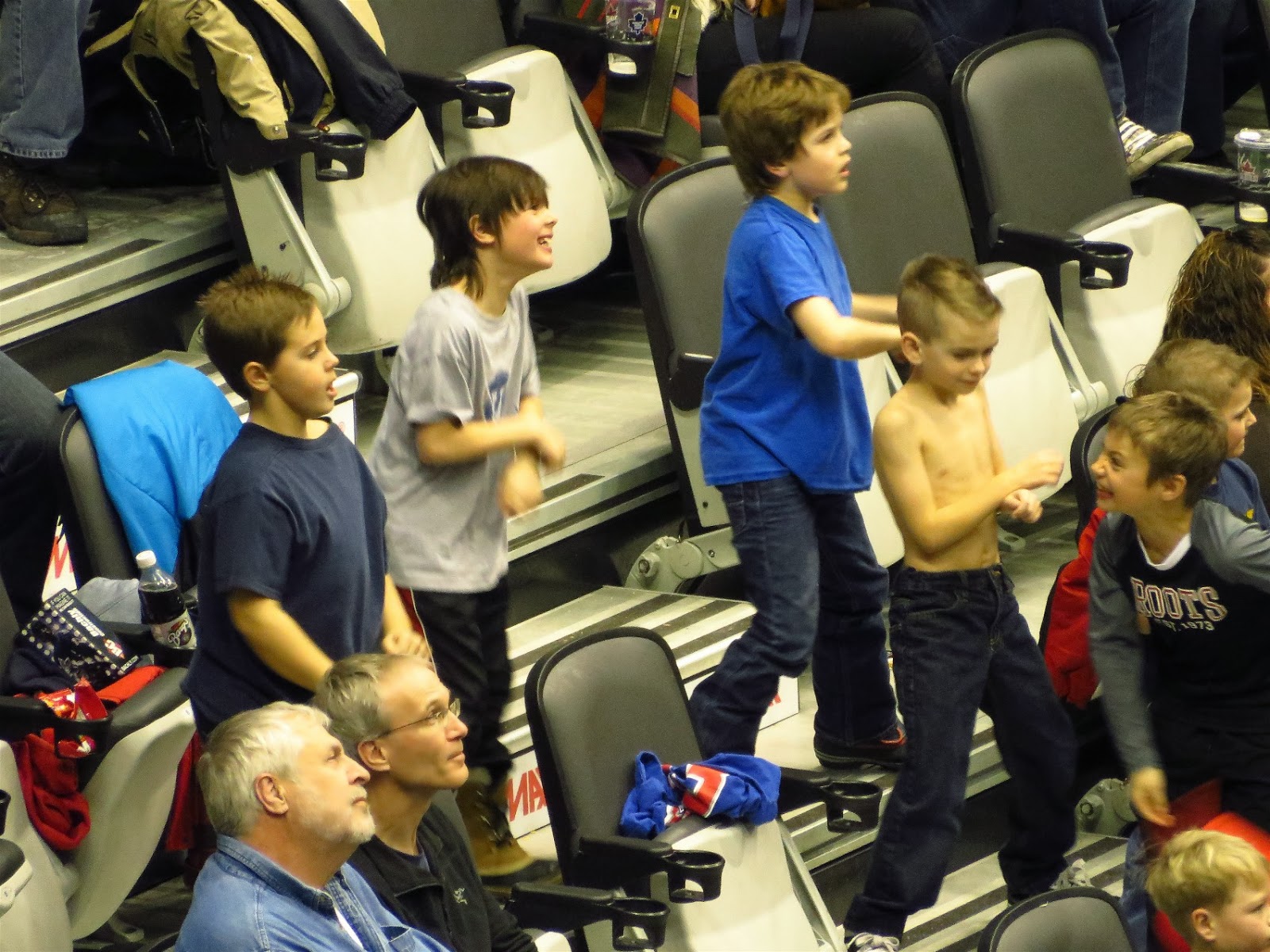 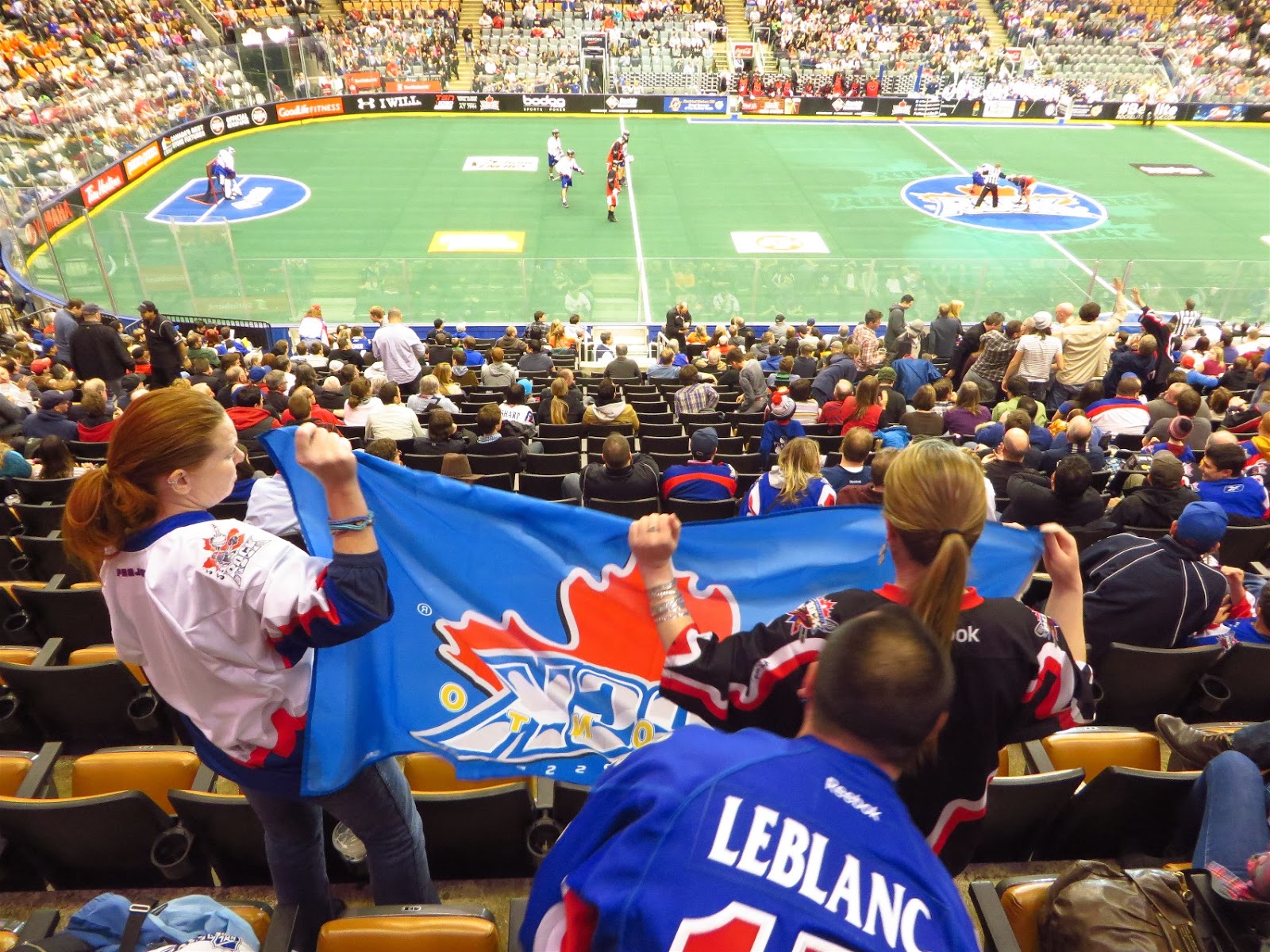 The Rock scored the first goal of the game, fittingly by Garrett Billings. Three minutes later the game was tied. That would be the end of the good times for the Wings. Toronto scored eight minutes later and never relinquished the lead after that. The closest the got to the Rock was 7-5 with nine minutes to go in the first half.

A Toronto Rock goal. A huge flash went off as I shot this so the colours are off. 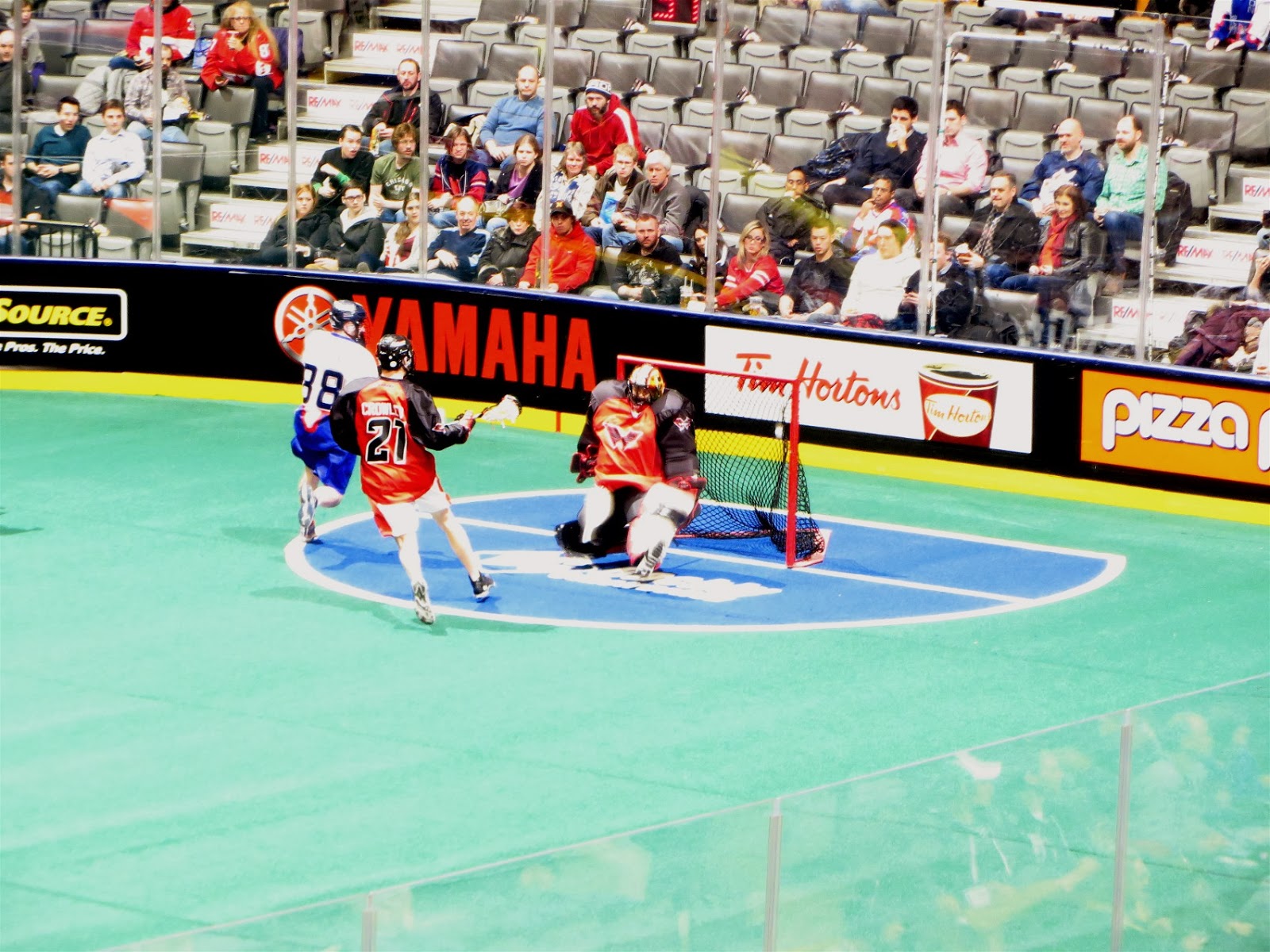 The Toronto Rock Cheerleaders put on performances at the break. 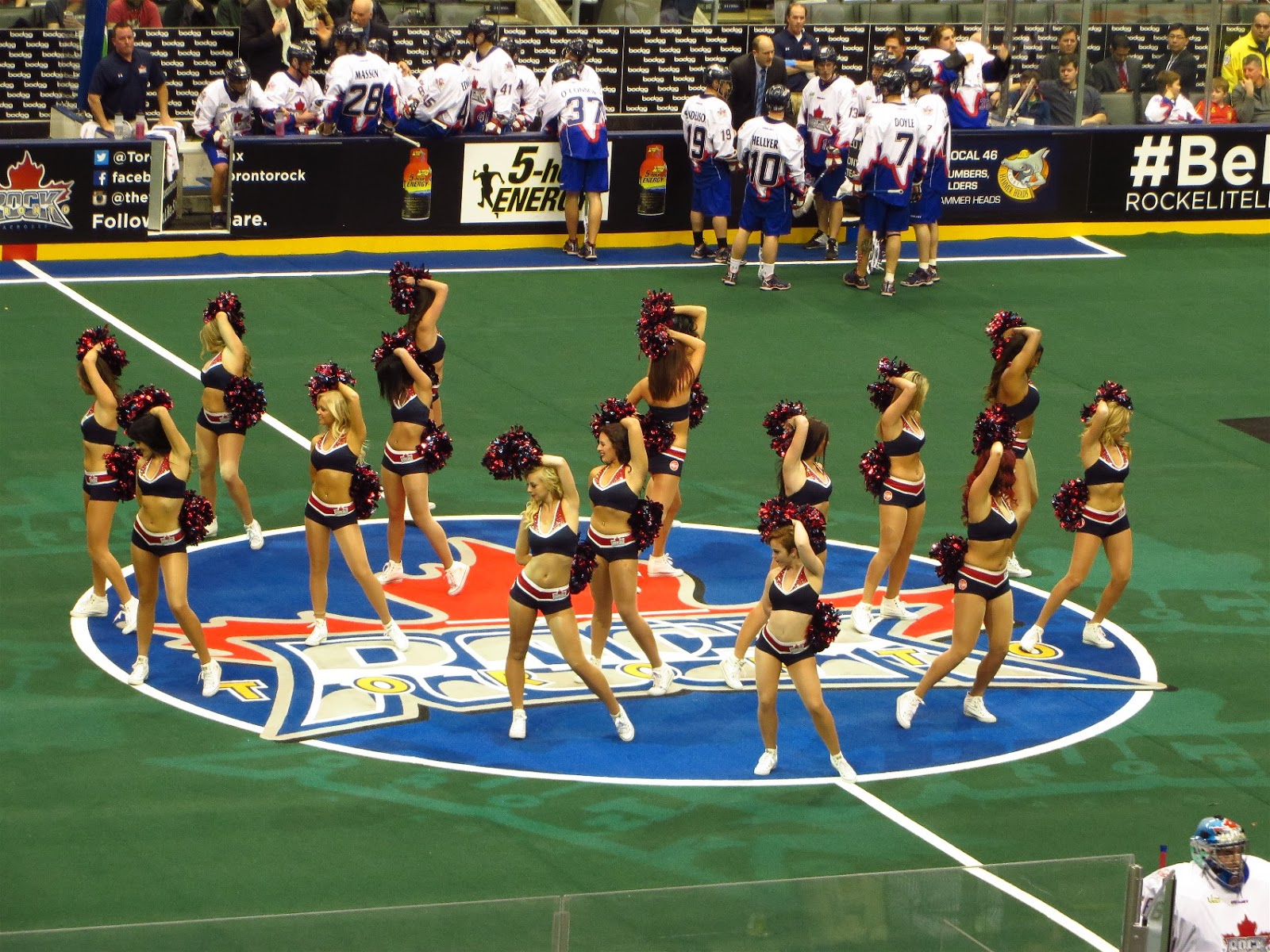 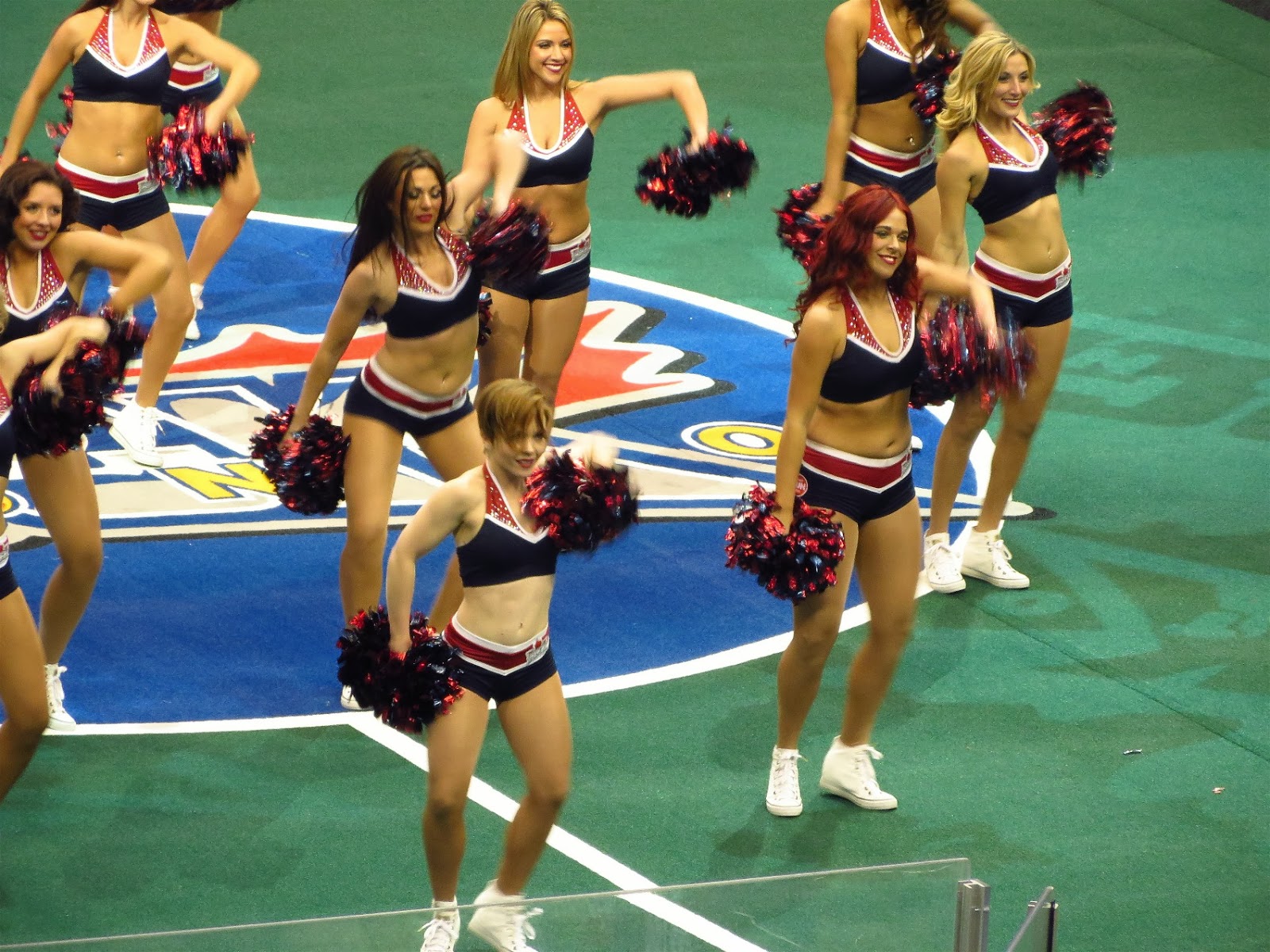 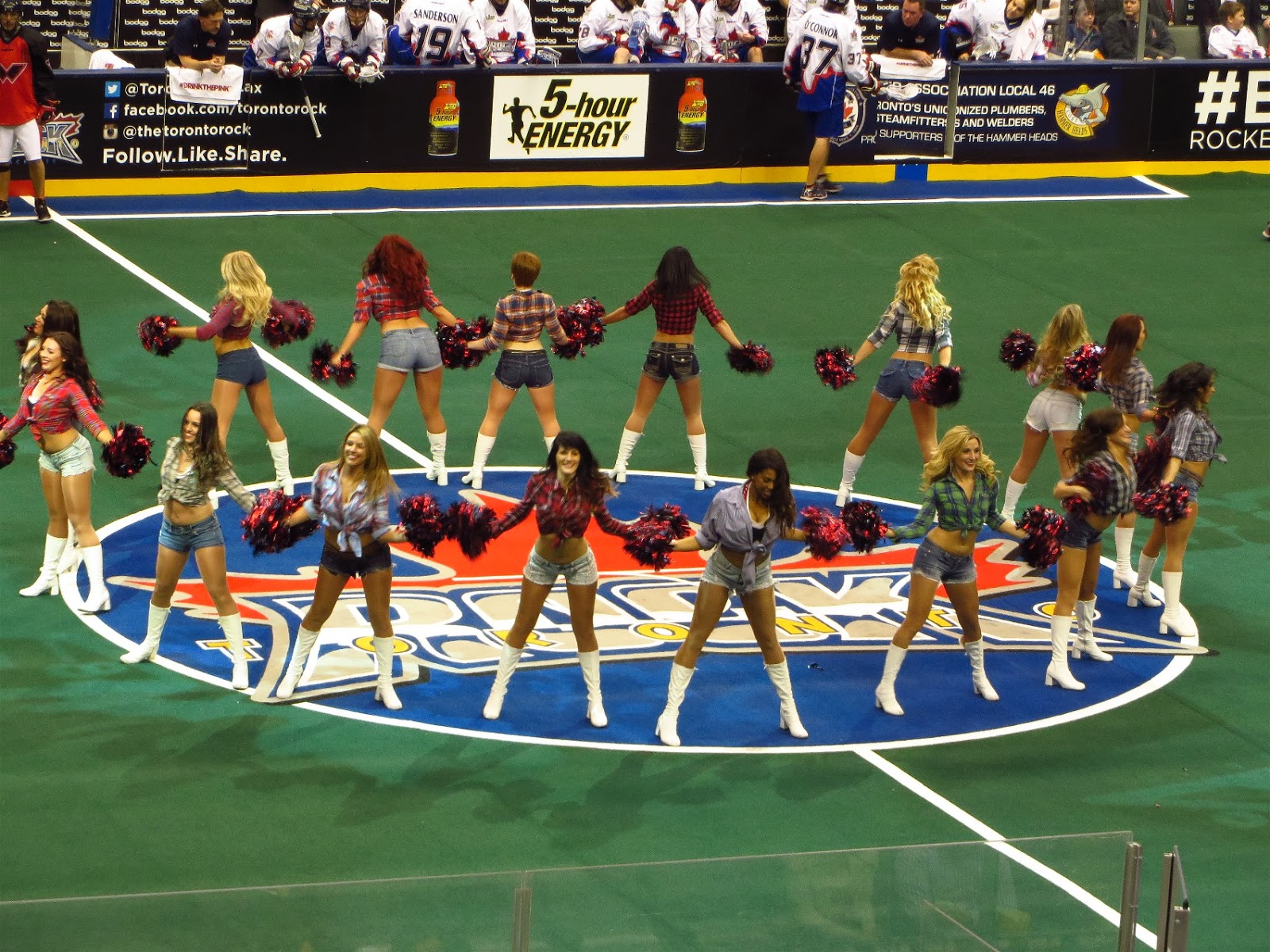 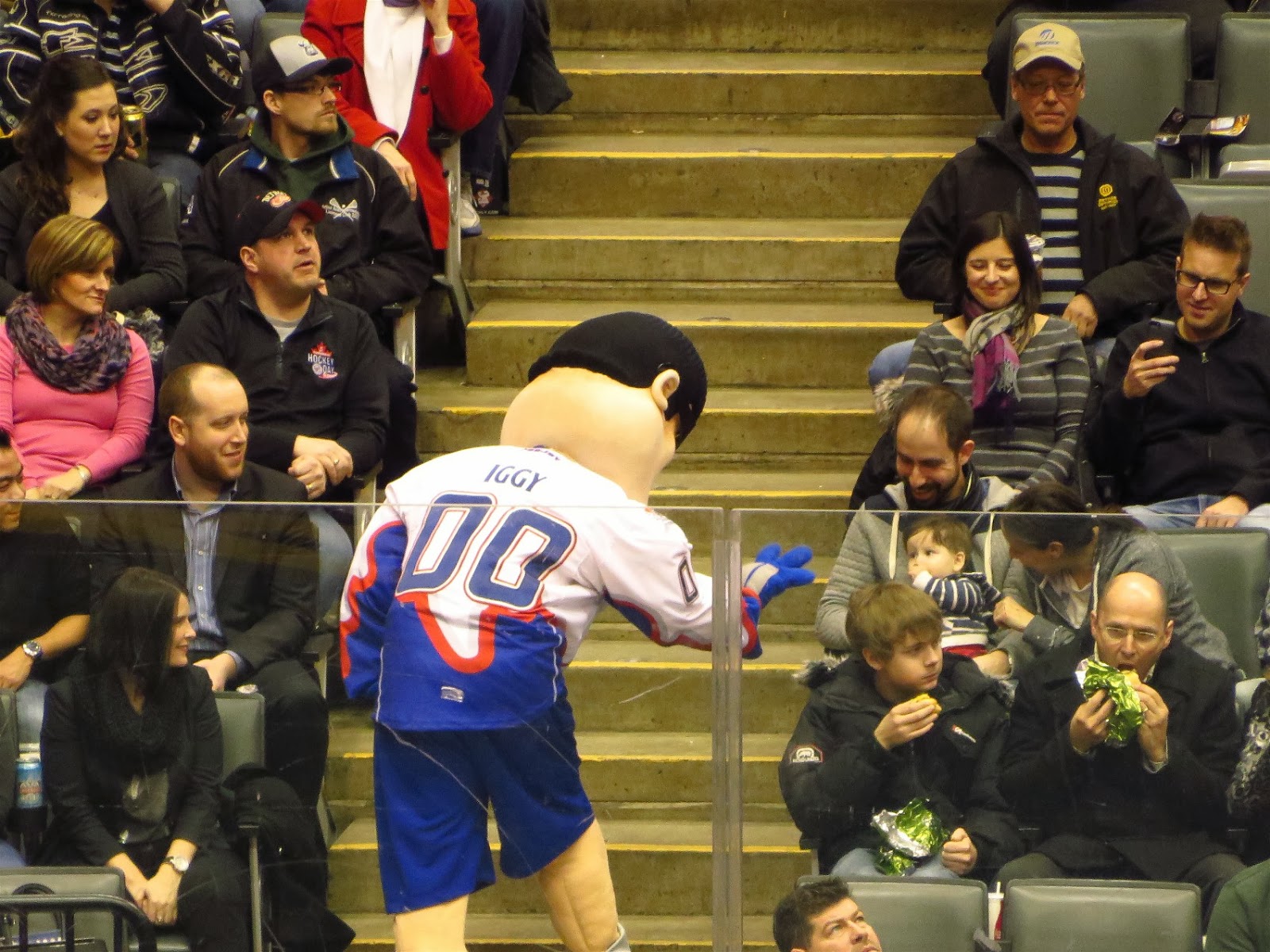 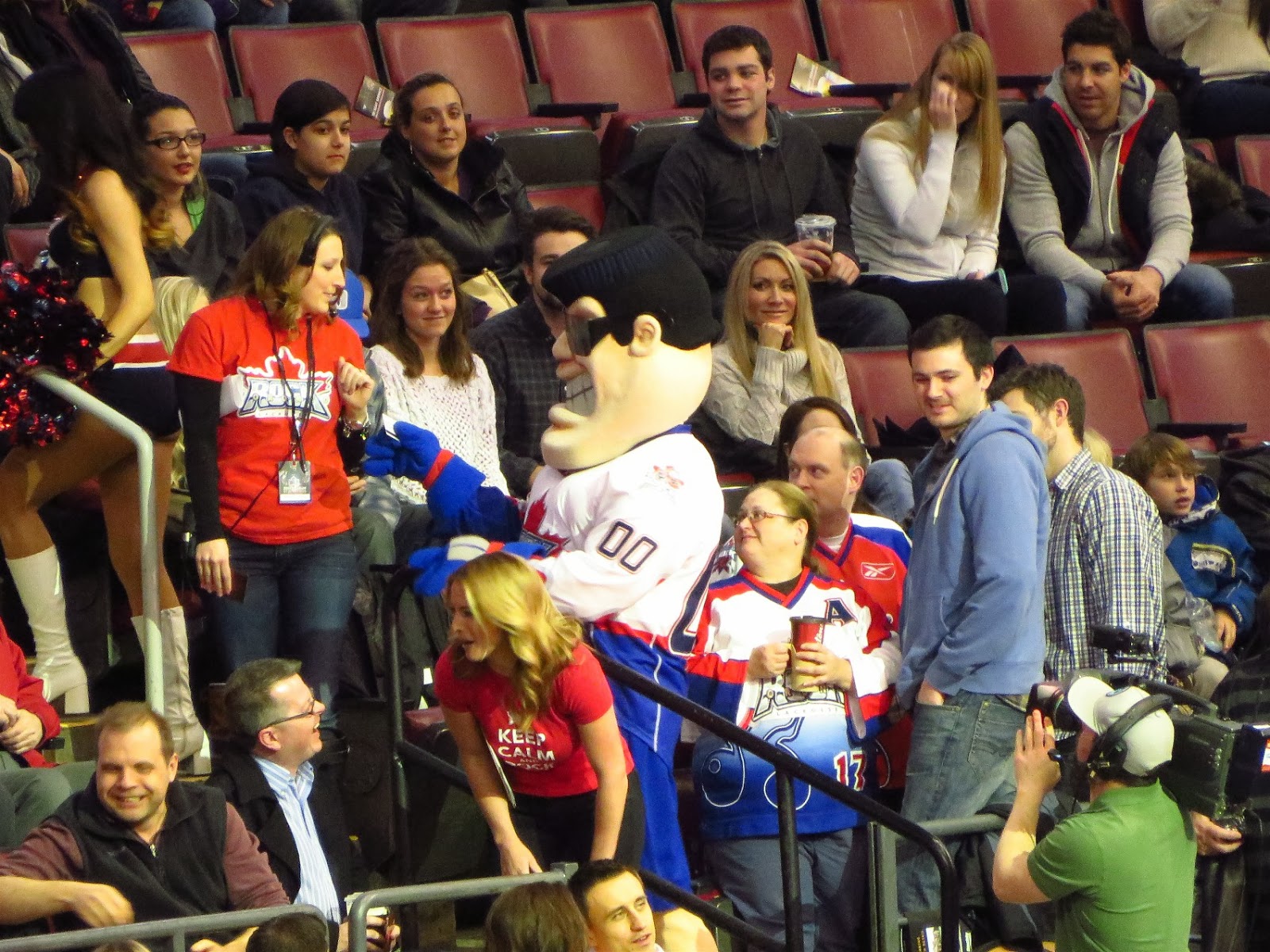 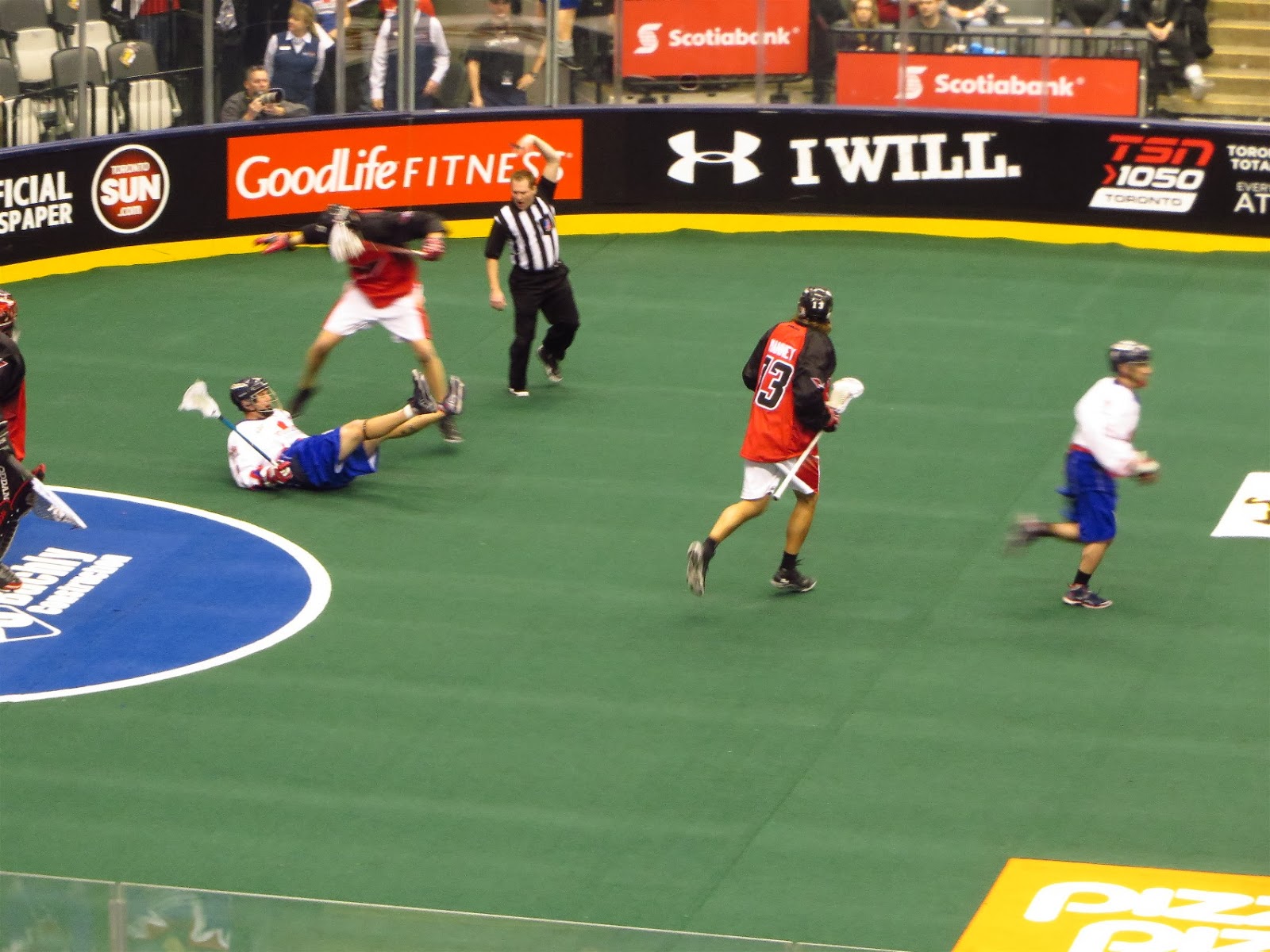 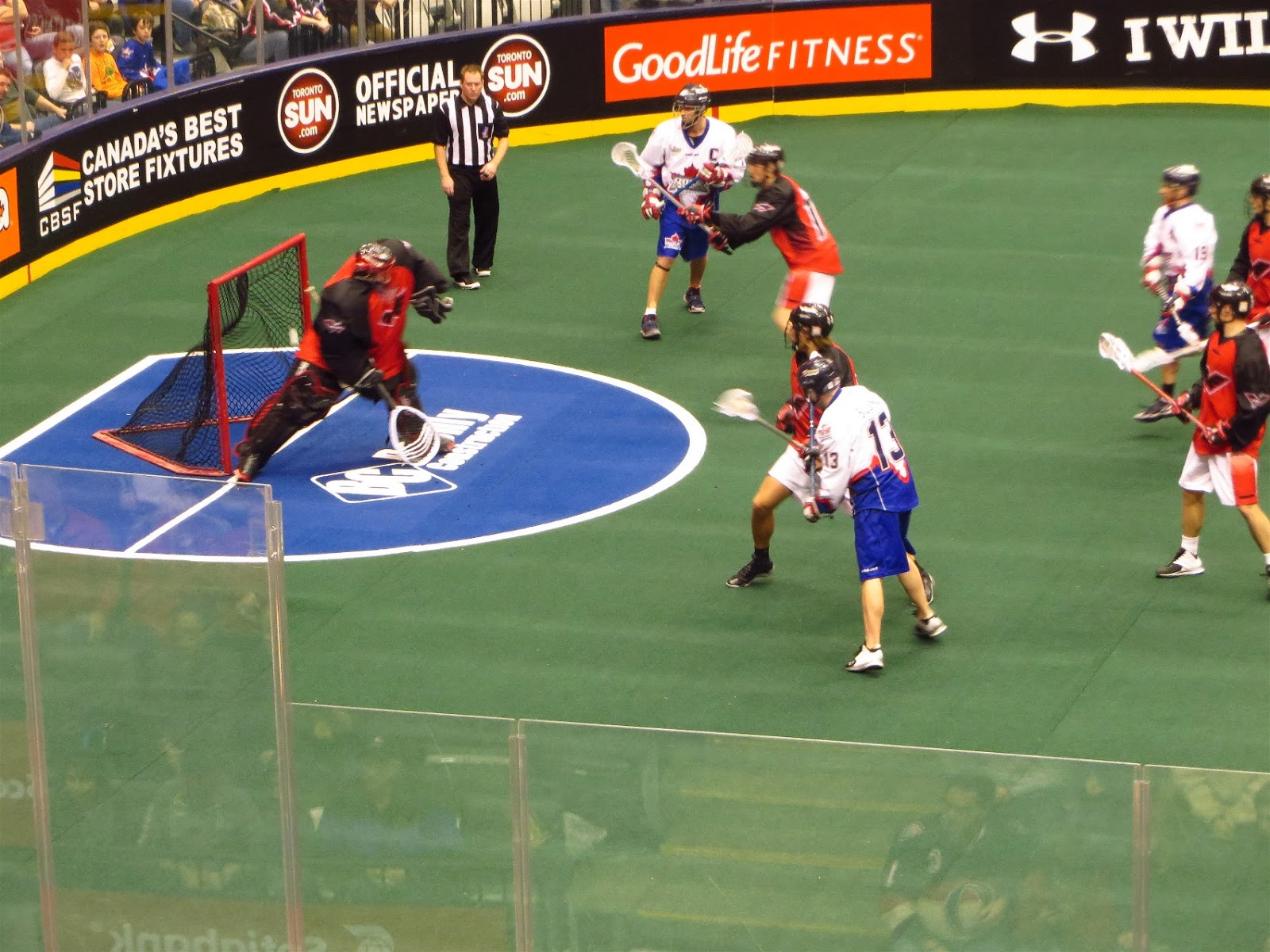 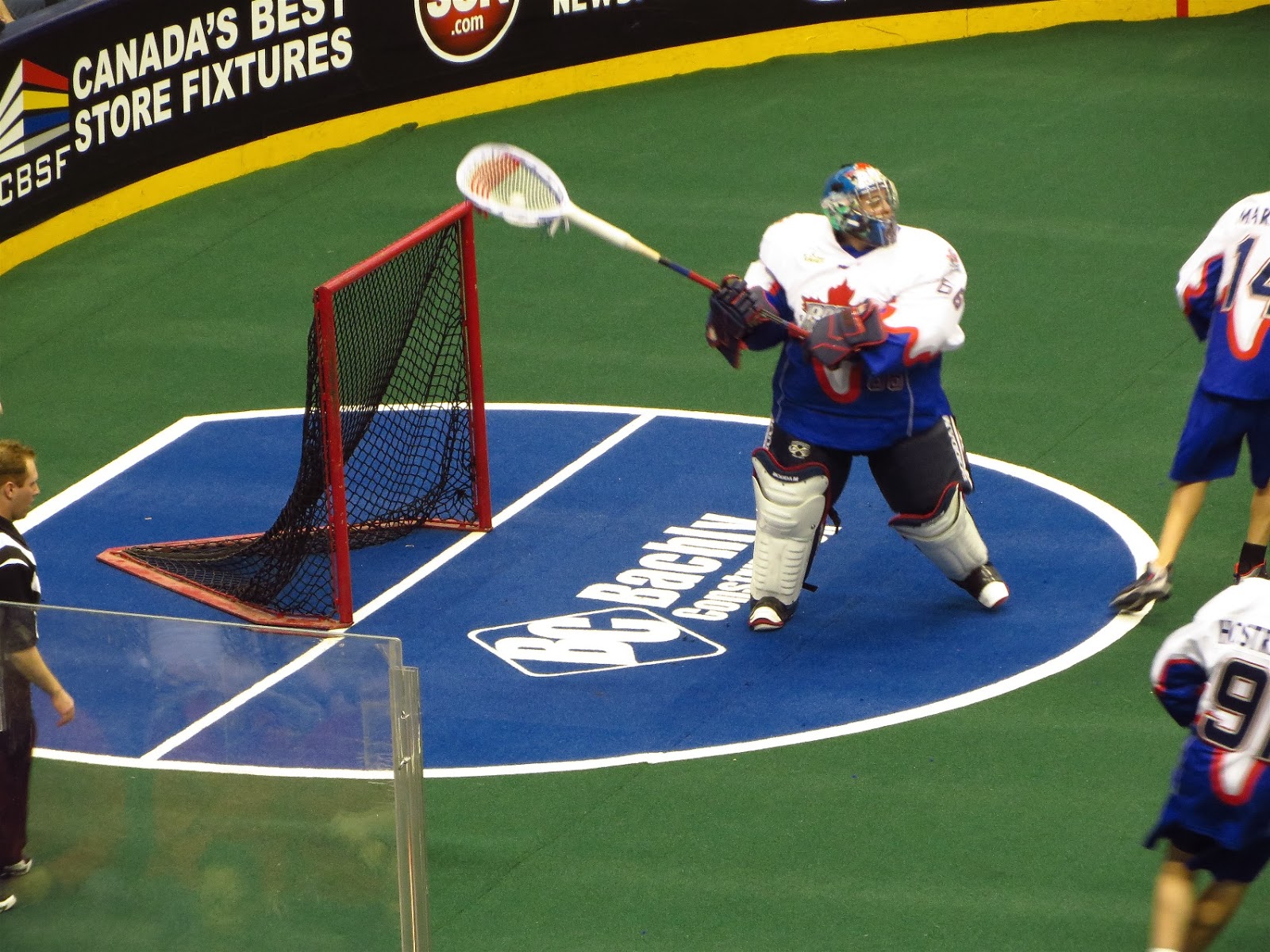 In the end, the Rock won by an easy 20 - 10 score. Garrett Billing was, of course, the first star and was interviewed after the game. 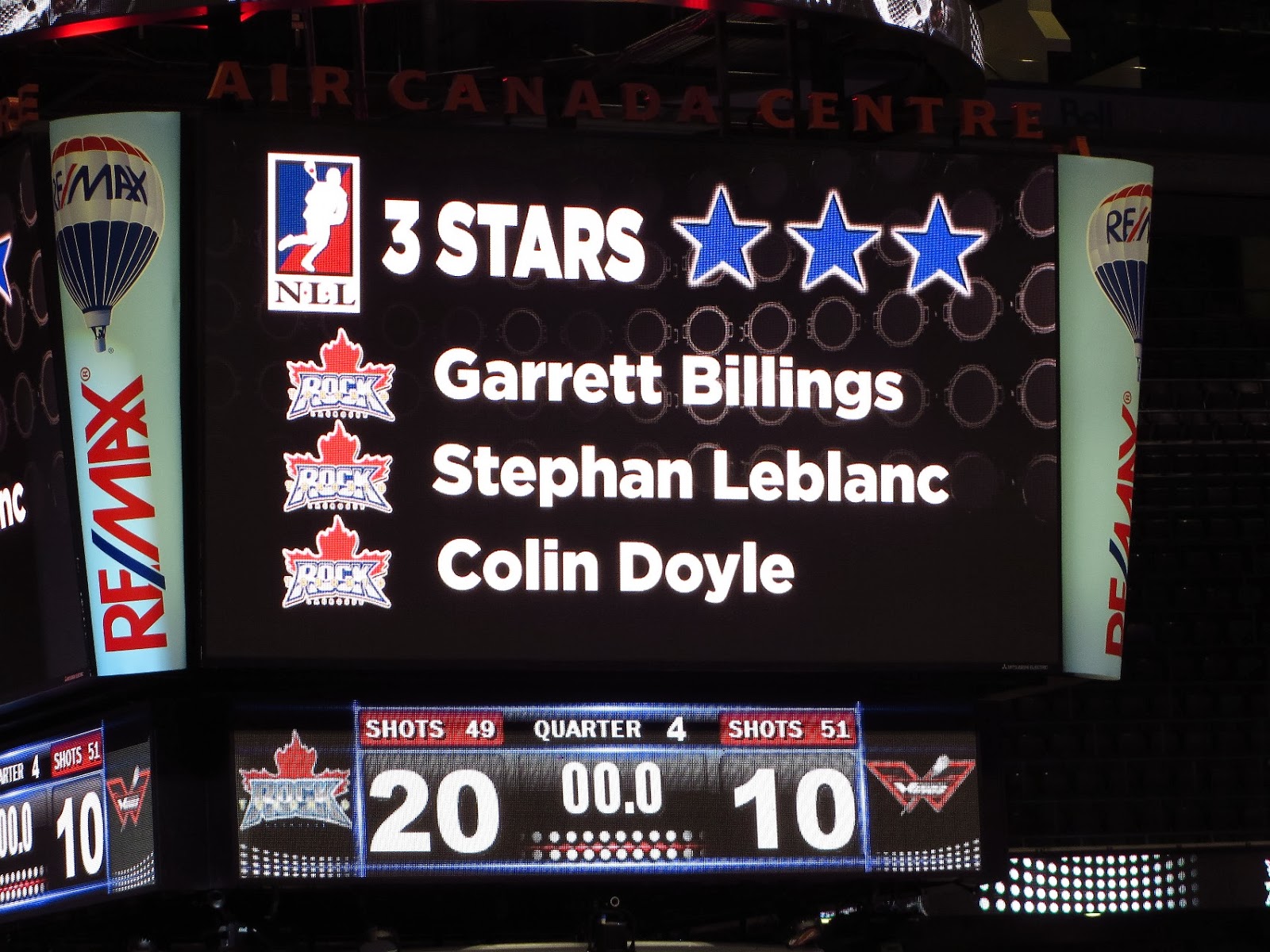 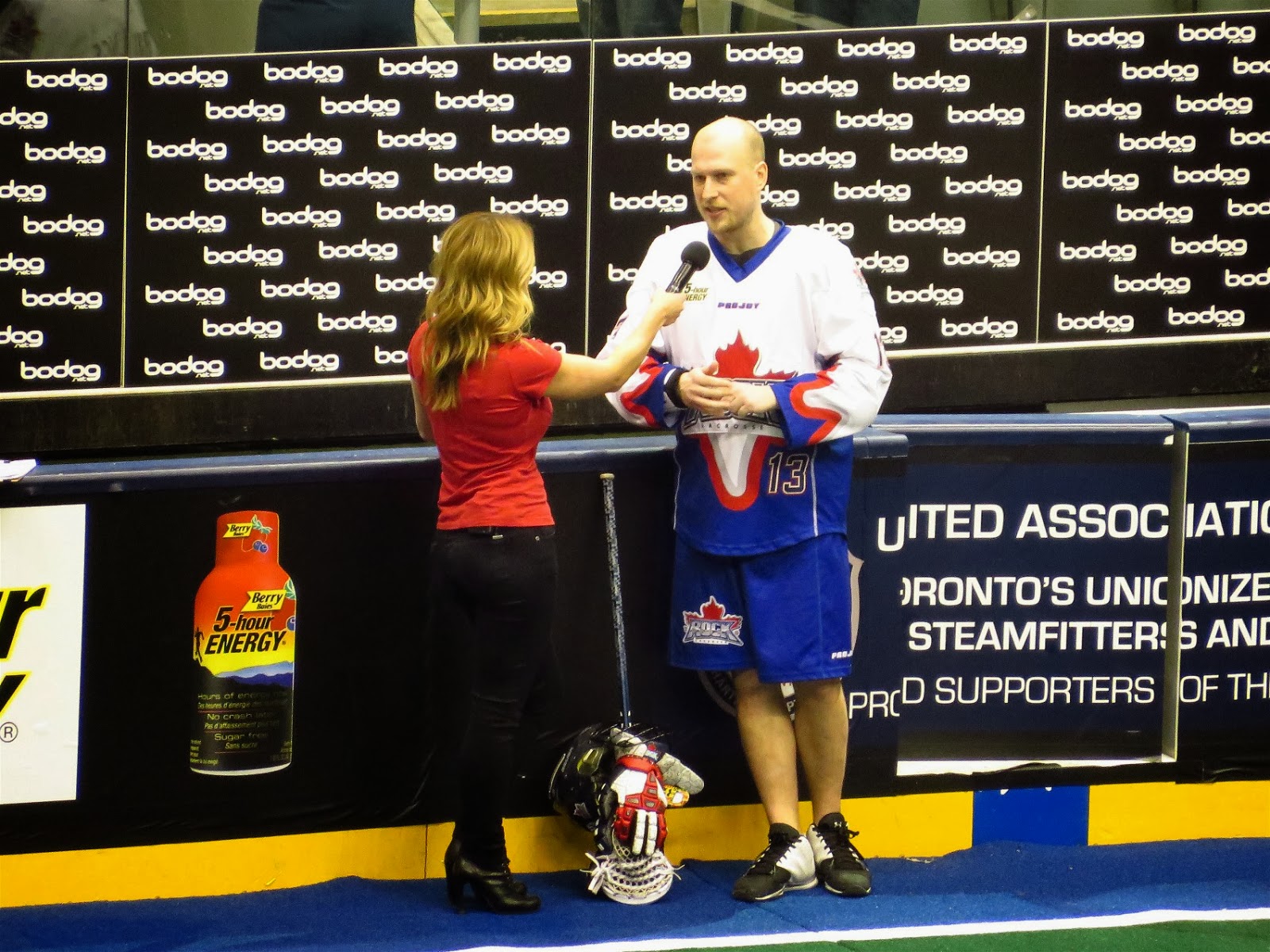 The Rock thank their fans! 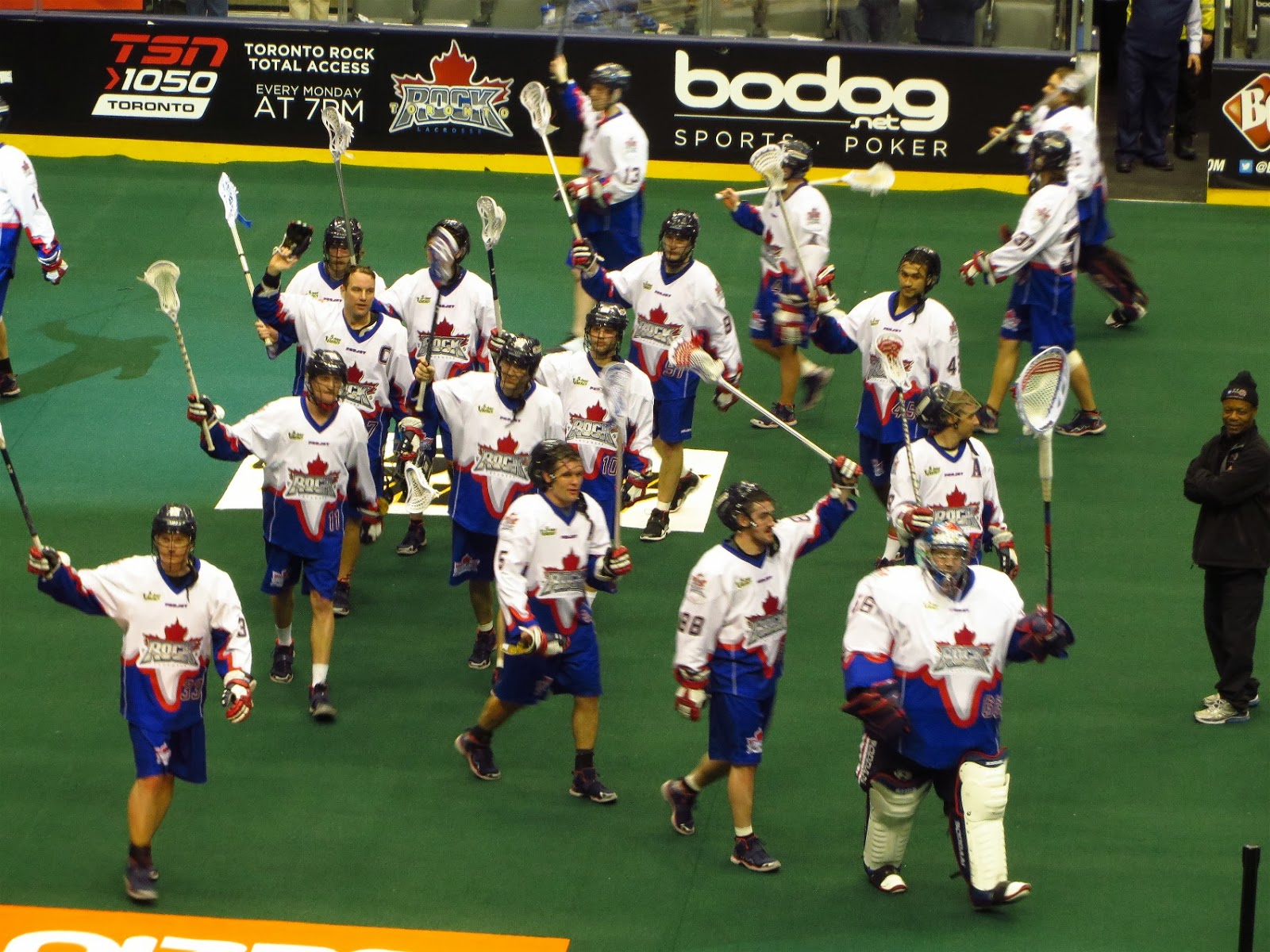 And finally, the Garrett Billings bobblehead! 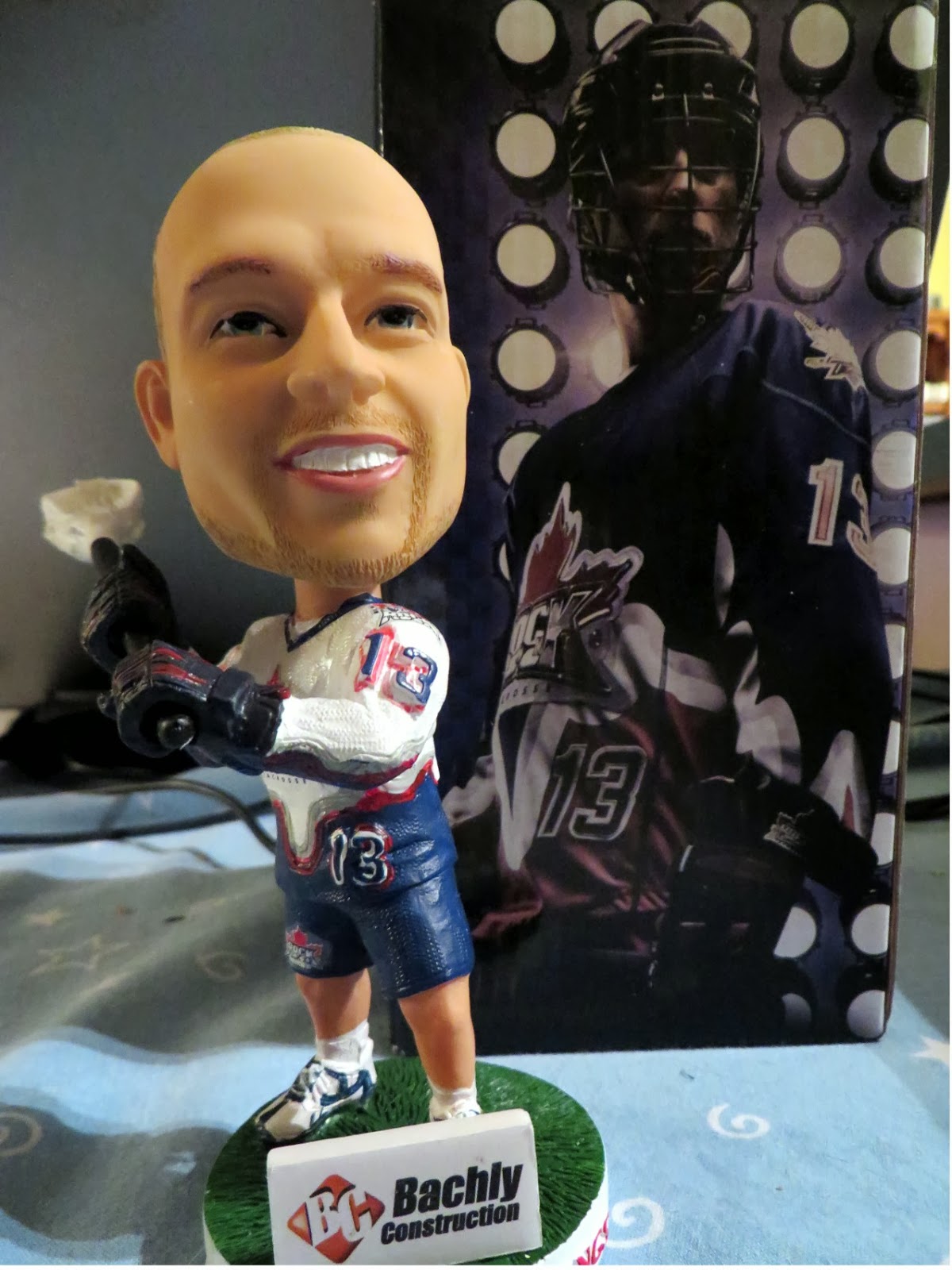 Teena and I are looking forward to next Saturday's 7PM game against the Rochester Knighthawks!
Posted by Swordsman at 22:00