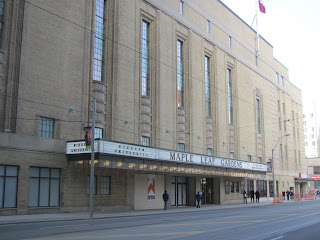 On February 13, 1999, the Toronto Maple Leafs played their last game in the great hockey shrine and moved to the Air Canada Centre. From that point, Maple Leaf Gardens was closed.

I was sad when that happened. I have seen the Leafs play there (still haven't seen them in the ACC), seen concerts, political rallies, wrestling, lacrosse and the Marlies in their heyday. To lose a building that holds so many memories for so many people would have been tragic.

There were a few ideas as to what to do with the building, and one thing was sure ... no one wanted to see it torn down. Loblaws stepped in a bought the building. The lower floors are a huge Loblaws and the upper area houses the Ryerson Athletic Centre, complete with a 2,600 seat hockey arena.

Times change and it would have been a shame for the building just to have become an crumbling old eyesore. I think Loblaws did a great job in setting up a huge store, while doing their best to keep the history of the building alive. Even the eating tables have historic pictures embedded in them.

My hope is that one day they will display the time capsule discovered during the renovations and it's contents.

Heading over to do a grocery shopping is now on our list of things to do.

It was fun to visit and as always, best told in pictures. The Gardens back in the 30s 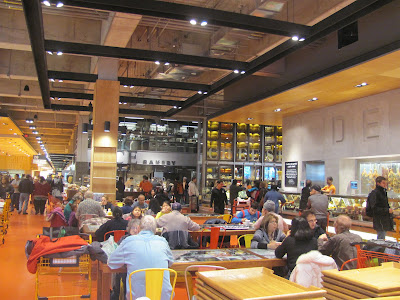 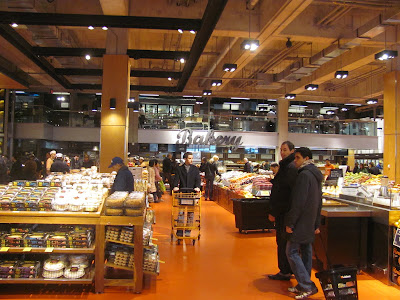 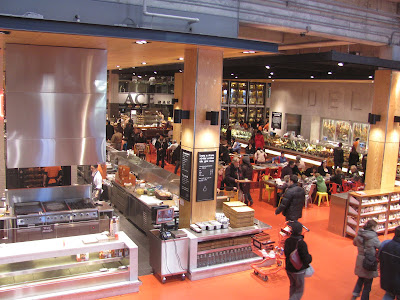 Centre ice is marked on the floor. It's in row 25. I think it would have been fun to also have the centre ice line, blue lines net and boards marked. Still, I like what they have done. 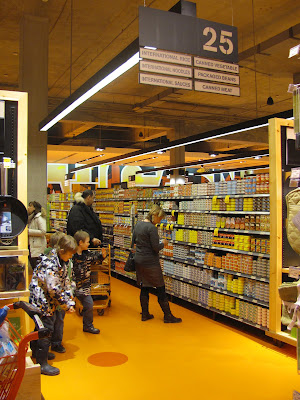 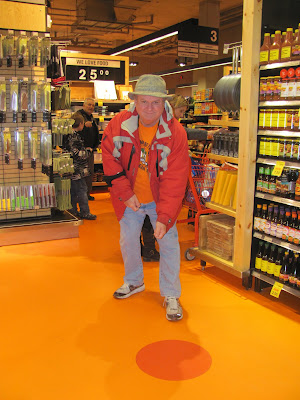 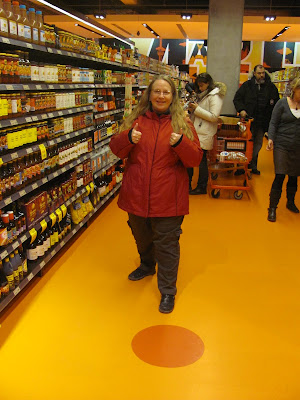 The wall of cheese. This was a hard to capture it's size. 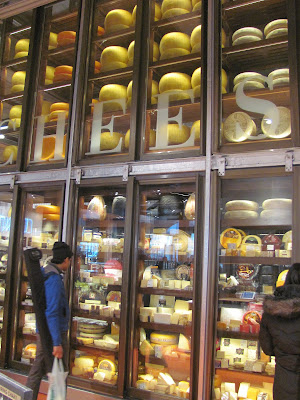 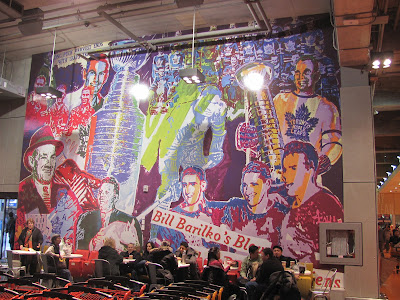 They took some old seats from the blue section and formed a Maple Leaf with them. Notice to the left of this display how the marks for the old seats still remain in the wall. Very cool. 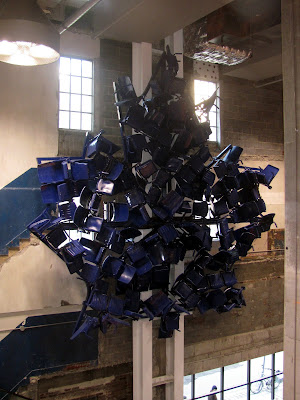 At the front entrance