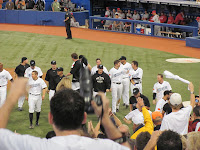 Why do all the Jays in the picture to the left look so happy?

The Jays just finished winning 4-3 in the bottom of the 12th inning.

Teena and I enjoy going to the Jays games and it is tradition that we go to the home opener and the final home game of the year.

This year we started the year well as we watched the Jays roll over the Minnesota Twins 13-3 in the home opener. Tonight the Jays ended their last home game of the year in style with a come from behind 4-3 win in the bottom of the 12th inning.

The Jays were down 3-1 but came back tying the game in the bottom of the 7th with Eric Thames, who is on my fantasy team, clubbing a single shot home run, then Bautista scoring on a wild pitch. It remained scoreless until the bottom of the 12th when Edwin Encarnacion stroked a walk off home, his 17th home run of the year.

It was a fun game. My son, Ken, was sitting a few sections over with friends. We saw him but never got to talk, although he and Teena texted during the game. The game had some great defensive plays, a few questionable calls and a great finish. All you could ask for in a game, especially the last home game of the year.

Some Pictures of the night.

The games first pitch. It was a strike. 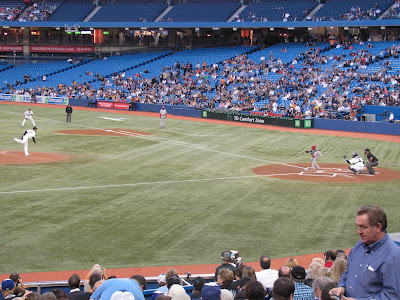 As Bautista comes to bat, a flag from his homeland, the Dominican Republic waves. 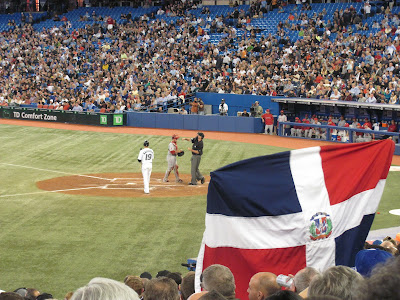 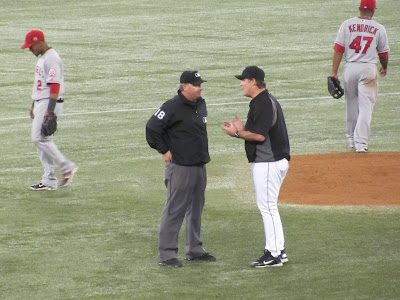 Bautista takes a mighty swing. He had 3 hits in 4 at bats,s cored a run and drove in a run. Definitely the choice for MVP! 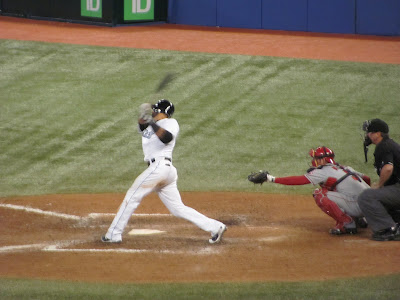 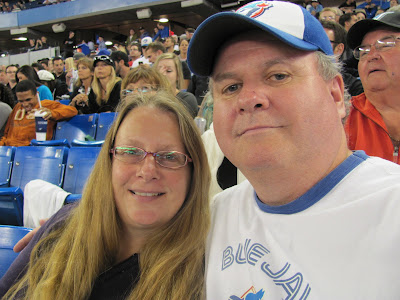 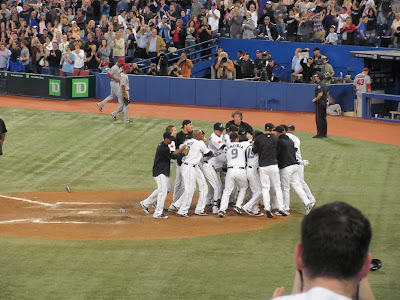 The post game show with Jamie Campbell and Gregg Zaun. 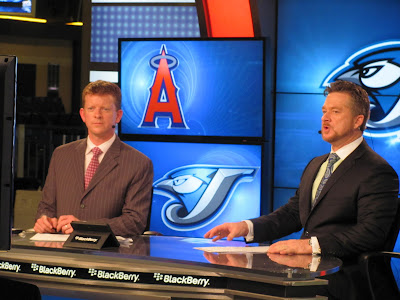 Teena gets a shot. 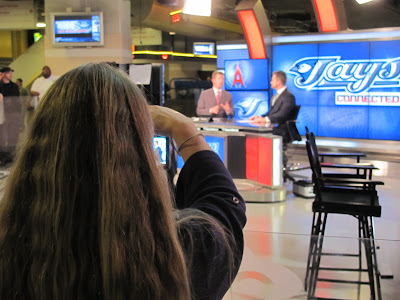