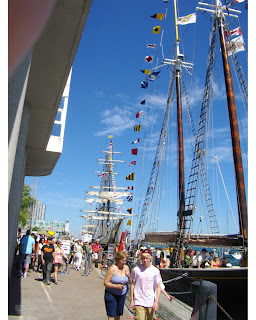 Saturday, Teena and I went down to Harbourfront to see the tall ships at the Toronto Waterfront Festival. Teena works for a company that secured passes for an after hours tour of the Bounty.

Most of the ships were training vessels some new, some from the early 1900s. The coolest in the show were the Pride of Baltimore II, which was a replica of a War of 1812 privateer, that raided ships on the Atlantic during the war, and The Brig Niagara, which was a restoration/replica of the actual ship which Commodore Perry used to fight and unfortunately defeat the British in the Battle of Lake Erie again in the War of 1812. See a theme here.

Unfortunately we arrived too late to board these ships.

The other best in show ship, was, of course, The Bounty. At 8, we were able to board and tour, without the crowds, this replica of the HMS Bounty, one which was built in 1960 for the 1962 movie, Mutiny on the Bounty, with Marlon Brando. The ship was built according to the plans of the original ship but 1/3 larger than the original to accommodate the camera's and equipment to film.

Teena and I love going down to Harbourfront and today was no exception. Would have loved to set sail for an afternoon on one of them, though.

The Pride of Baltimore II 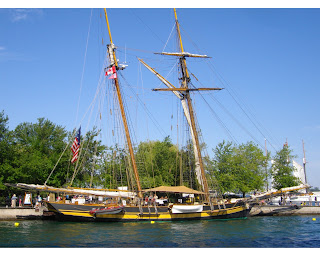 The famous warship, the Brig Niagara. Wish I could have boarded this one! 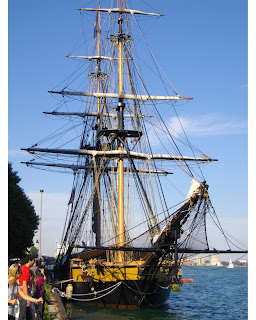 The Bounty. You could hear Bligh's angry shouts, "Mr Christian"
(Note: read Bounty by Caroline Alexander, a great read on the true story) 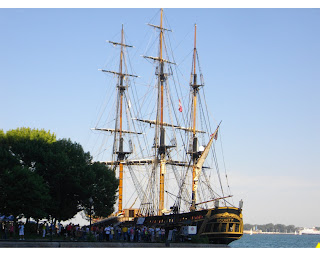 There were 4 cannon, each named after the actor who portrayed Fletcher Christian.
Closest one is the Brando. 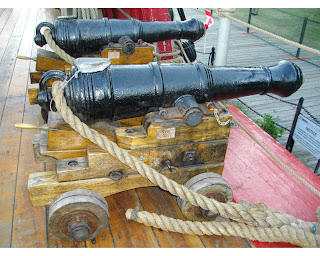 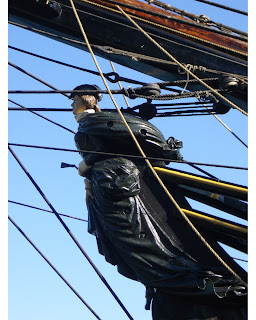 Teena and I at the helm. We always take control. 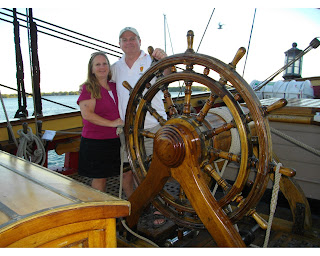 The Bounty from across the gap 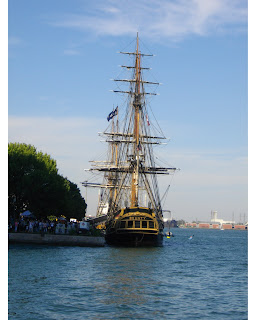 Taking a break at the beer garden.
They were ice cold on a very hot afternoon. 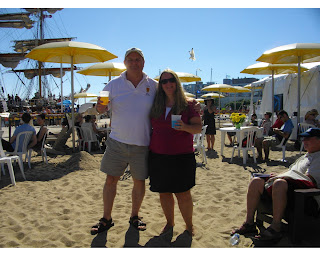 Figurehead from the Dutch training vessel, the bark Europa 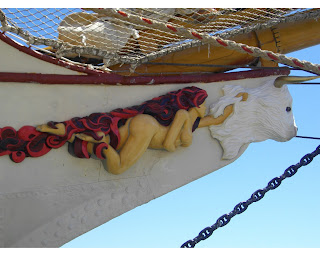 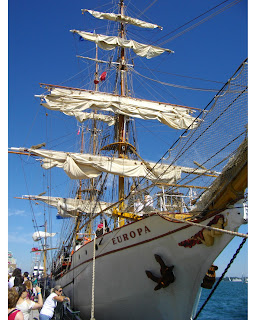