Klondikers: Dawson City's Stanley Cup Challenge and How a Nation Fell in Love with Hockey by Tim Falconer 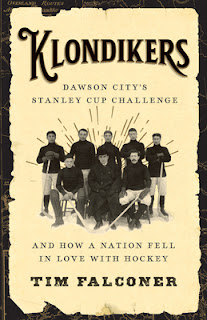 I just finished reading Klondikers, by Tim Flaconer
Join a ragtag group of misfits from Dawson City as they scrap to become the 1905 Stanley Cup champions and cement hockey as Canada's national pastime
An underdog hockey team traveled for three and a half weeks from Dawson City to Ottawa to play for the Stanley Cup in 1905. The Klondikers' eagerness to make the journey, and the public's enthusiastic response, revealed just how deeply, and how quickly, Canadians had fallen in love with hockey.
After Governor General Stanley donated a championship trophy in 1893, new rinks appeared in big cities and small towns, leading to more players, teams, and leagues. And more fans. When Montreal challenged Winnipeg for the Cup in December 1896, supporters in both cities followed the play-by-play via telegraph updates.
As the country escaped the Victorian era and entered a promising new century, a different nation was emerging. Canadians fell for hockey amid industrialization, urbanization, and shifting social and cultural attitudes. Class and race-based British ideals of amateurism attempted to fend off a more egalitarian professionalism.
Ottawa star Weldy Young moved to the Yukon in 1899, and within a year was talking about a Cup challenge. With the help of Klondike businessman Joe Boyle, it finally happened six years later. Ottawa pounded the exhausted visitors, with"One-Eyed" Frank McGee scoring an astonishing 14 goals in one game. But there was no doubt hockey was now the national pastime.
This isn't so so much as a book about the 1905 Stanley Cup Challenge, but one of the early days of, not only hockey, but of the newly formed nation of Canada. An interesting read.
About Tim Falconer 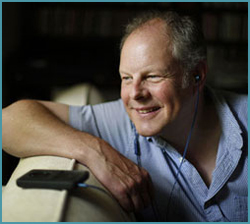 TIM FALCONER is the author of Klondikers: Dawson City’s Stanley Cup Challenge and How a Nation Fell in Love with Hockey (ECW Press). It tells the story of an unlikely team of dreamers and their audacious journey from the Yukon to Ottawa to play for the Stanley Cup in 1905. Their quest showed how quickly hockey—a niche, regional sport when Lord Stanley donated the trophy a dozen years earlier—had become the national pastime. Klondikers is for hockey fans and history buffs and anyone who enjoys a good yarn full of quirky characters.
Tim first visited the Klondike when he had a summer job working in a Yukon mine. A former writer-in-residence at Berton House in Dawson City, he has also paddled three of the territory’s rivers. He lives and plays hockey in Toronto but returns to the Yukon as often as he can.
He is also the author of Bad Singer: The Surprising Science of Tone Deafness and How We Hear Music (House of Anansi Press). It made The Globe and Mail‘s Top 100 of 2016 list and was a finalist for the Lane Anderson Award in 2017. Based on “Face the Music,” a National Magazine Award-winning feature, it is much more than the story of his sometimes-humiliating attempt to sing in tune. It’s also about what we hear when we listen to music and why singing is so important to us. An entertaining mash-up of science, culture and personal journey, Bad Singer is for everyone who sings—badly or not.
His other books are Watchdogs and Gadflies: Activism from Marginal to Mainstream, Drive: A Road Trip Through Our Complicated Affair with the Automobile and That Good Night: Ethicists, Euthanasia and End-of-Life Care (all published by Penguin). He also collaborated with psychologist and popular parenting expert Alex Russell on Drop the Worry Ball: How to Parent in the Age of Entitlement (first published by Wiley in 2012; reissued by Collins in 2014).
Tim taught magazine journalism at Toronto’s Ryerson University for two decades and also served as a faculty editor in the Literary Journalism program at the Banff Centre for Arts and Creativity in Banff, Alberta, and a mentor in the MFA in Creative Non-Fiction program at the University of King’s College in Halifax. He now edits, conducts writing seminars and is available as a speaker for book clubs and other groups.
Posted by Swordsman at 15:03