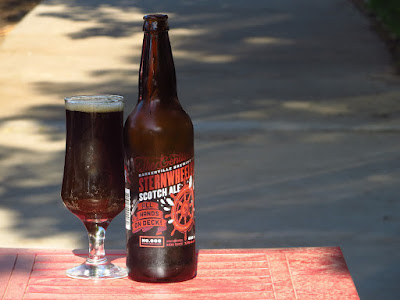 When Teena was in Winnipeg last month, she brought me back a selection on beer, one of which was Sternwheeler Scotch Ale from Barkerville Brewery in British Columbia.

The original Barkerville Brewery and Brewery Hotel were built in the 1860s in Barkerville, BC. In 1868, a fire destroyed the entire town in just one hour and twenty minutes. Although the town was rebuilt in just six weeks, the brewery was not.

Russell Ovans resurrected the Barkerville Brewery name in December of 2013, only in Quesnel BC, about 80 miles west of Barkerville, which is located inland in BC. Ovans was busy before that. In 2005, he founded a social gaming company which was bought by a huge technology company in 2010. He then moved to Scotland with his wife, and while she attended the University of Edinburgh, Ovans set a goal for himself. Visit 365 pubs in a year!

After returning to Canada, he bought an old gas station, dug out the gas tanks and worked the soil so it passed the environmental assessment and turned it into a brewery. He hired Troy Rudolph as his brewmaster who had 25 year’s experience as a home brewer.

Sternwheeler pours dark brown in colour with an off white, brownish head. Brownish lacings are left behind on the inside of the glass. There is some caramel in the aroma

As usual with Scotch ales, this beer falls on the malty side. The hops in this does a good job in balancing the malt to keep this beer from being the sweet beer I thought it would be. This is a well-made beer but just a bit too malty for my liking. It does make me want to try other beers from this brewery.

It's so easy to fall into the trap of buying only the styles of beer that one enjoys, which is why I really enjoy it when Teena travels and brings me back something different. 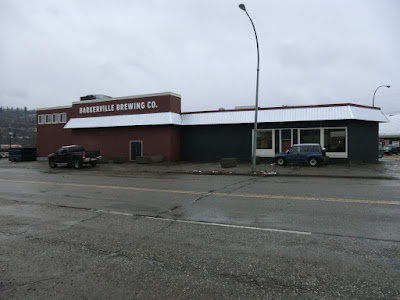